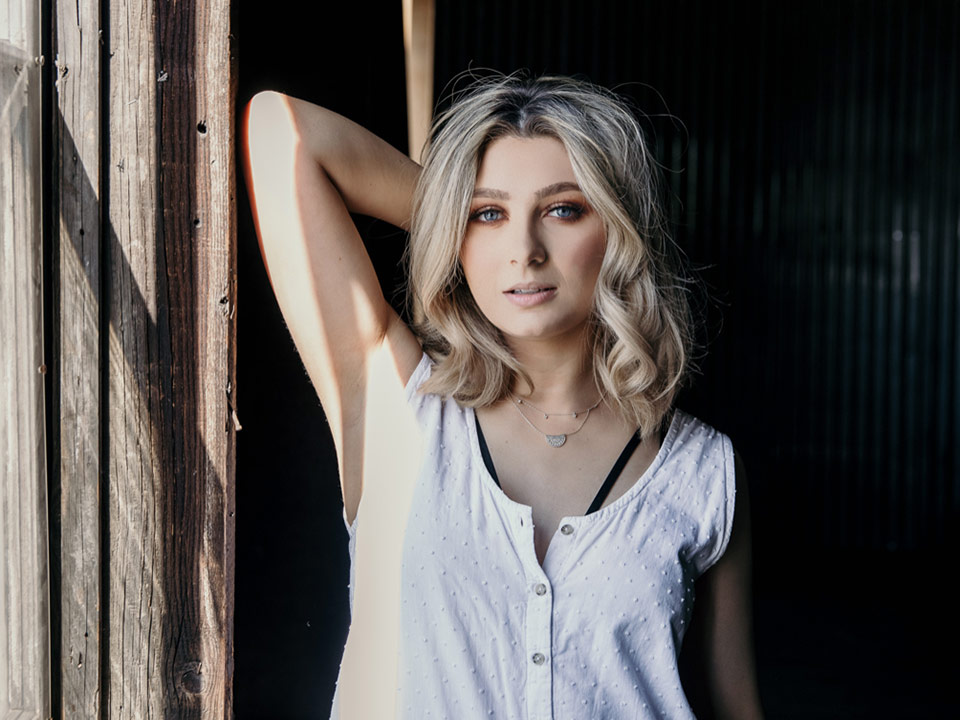 “When we wrote this song, I was talking about how I often feel stuck while everyone around me seems to be moving forward, life can be a rollercoaster, but you just have to sit back, enjoy the ride, and just focus on your path,” says Fahim. “Rosi had this amazing title, and the song just flowed; we had a finished production 6 hours later!”

I started in the music business doing talent quests when I was roughly 10 years old! Since then I have found my love for being on stage, and releasing my own music. I released my first single back in 2015 and that’s what really got me hooked.

Music has changed my life by being the thing I have relied on through hard times. I’ve really found who I am.

I’ve met so many people who have become life long friends and I’ve been able to express myself in a really positive way!

I have a really driven personality, and I’ve always felt drawn to wanting to share my passion with as many people as I can!

I’ve been influenced by so many artists, from all different genres and eras. I have a very broad taste in music!

At the moment, I am loving an artist called Lauren Weintrab, she’s an emerging artist at the moment and she’s releasing some real bops.

I chose to make music because I feel so inspired when I see artists such as Lauren, I want to make people feel how I feel when a song really hits you and resonates. 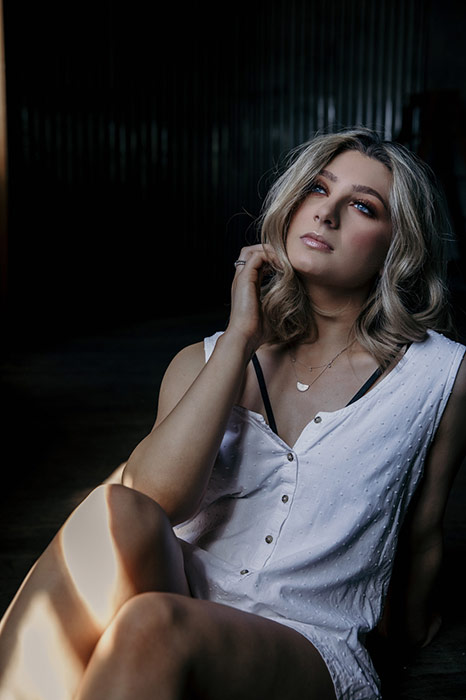 Always.. I think nerves are good, they give me an edge to really kick my performance up a notch. They always settle within 10 seconds of me walking on stage though

Tell us about your new single “Darts In The Dark?”

I wrote Darts in the Dark with a couple of friends at a writing camp back in January this year – Robby Desa, Ned Houston and Rosi Golan.

Rosi had the title in mind and it worked well with the idea that I was vibing that day!

My favourite part of the song is the bridge, I think sometimes we can really lose sight of how far we have come in life, with friendships, relationships and careers, and we need a reminder to stop and appreciate our successes and achievements. This part of the song is a really nice message.

The story behind Darts in the Dark was inspired by all of my friends being in relationships and me – a single pringle, wishing I had what they had.

Looking back, I was wishing away my single days

Thank you so much! My last single ‘Middle Ground’ was a really fun release for me! Watching it climb the charts, feeling that excitements and seeing the end result, made all the hard work worthwhile. It was written by a couple of friends who work at the same studio as me and I really fell in love with it and was stoked they let me release it

The most rewarding part of my work is having the power to help people feel things, and get in back touch with old memories. Music is so special!

‘The Music Business’ is a great read! As a musician, we also need to be really switched on with the business side too. It’s the wild west out there!

Learn to do as much as you can yourself, of course you will need a team around you but I think a really good lesson is to just be aware of how your business is being run

I’m sitting right next to my best friend actually! Great timing for this question! They said compassionate, caring and hardworking 🙂

“It’s spelt ‘Ael’” because my name is spelt a little differently to the normal ‘Rachel’ spelling, and I am always seeing some funny variations. Someone once spelt my name as ‘Raechel’.. that one was great haha. It would probably be a light hearted children’s book with lots of pictures

What’s next for Racheal Fahim in the last months of 2021?

I am in the process of organising some live shows, and festivals which is SO exciting. FINALLY!

I’ve also been in the studio writing a lot for the next single, so I’m going to keep those up!

I have been told my style is quirky.. I pair items together that normally don’t go together or that look odd and I somehow make them work.

My staple item is high waisted shorts, whether they’re denim shorts or a skort, I feel so free to move and jump around!

Happiness, to me, is contentment.

Freddy Mercury, he is such an icon and I think he would’ve been a really interesting, vibrant person to share a moment with.

Not at the moment, but I am on the lookout for a charity to work with! It’s definitely something I am interested in.

Hopefully touring. I’d love to be doing a lot more in Nashville by then!

Take Me Home Country Roads. Dad and I always used to listen to John Denver together, we still do! I just really love this song, the melody and the lyrics make me feel so many things!

I think it’s a great tool, but I probably wouldn’t use it half as much if I wasn’t an artist.

But you can find me literally anywhere under ‘Rachael Fahim’

Book: I’m not much of a reader anymore, but I really enjoyed reading all the Harry Potter books when I was younger.

Quote: *so cliche BUT* …Everything happens for a reason