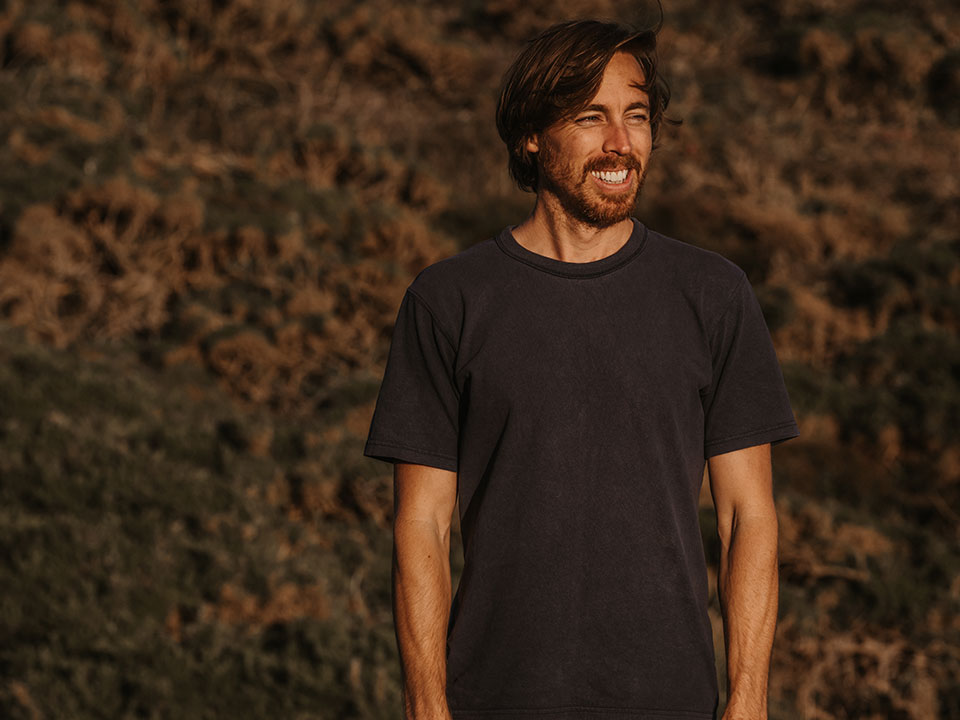 Check out our interview with Australian singer/songwriter Nick Kingswell who sold his house and belongings and moved to London in an effort to push his music career. Drawing on his memories of Australia’s oceans, beaches and open landscapes, Kingswell runs these through the gritty filter of London’s big city. His music delivers a cinematic feel, layered with dynamic movement and intricate guitars, all tempered with a deep emotionality.

Kingswell provides a musical safe haven for listeners, through his heartfelt, gentle vocals and thoughtful lyrics. Reminiscent of artists such as Fink, Bon Iver, and James Vincent McMorrow, the songwriter presents his own take on indie folk, bestowing a ponderous serenity and something all his own.

His latest album Brontide is a stunning collection of 12 tracks, written peripherally while trying to focus in on a distant feeling. A feeling you can’t quite comprehend, or is just beyond your reach. Kingswell shares, “I covered a lot of ground on Brontide. Both lyrically and sonically. Brontide is the low sound of distant thunder, and my take on that is evident in these songs. They’re the closest I’ve gotten to the truth.” Produced by James Bunton, the album speaks about hope, with even the saddest of songs leaning towards finding a light at the end of the tunnel.

I’m a singer-songwriter. I grew up on Phillip Island, Australia. Moved to London 6 years ago and now I live in Cornwall, United Kingdom. I love well written songs and am really excited about the scene coming out of LA right now spearheaded by Phoebe Bridgers and Christian Lee Hutson. Those guys are GREAT writers. I’m a keen surfer and spend my time either in the sea or in my home studio.

I started playing guitar quite young and because of the music my parents would play around the house – Leonard Cohen, Bob Dylan etc – I just assumed everyone wrote their own songs. So I always have.

My parents, my guitar teacher, my school and my friends pretty much all encouraged me from day dot. I was lucky in that respect. Writing music has always been an exciting and mysterious task for me. I’m not sure I chose it, it just worked out that way.

I play guitar mainly and piano rather averagely.

Yes. But the day I don’t get nervous is the day the magic is gone.

Tell us about your new single “There’s No Cure?”

It’s about learning to live with regret. Trying to shrug off the “what if” of life.

I’ve been handed some incredible opportunities over the years. For ages I couldn’t get over some of them that I thought I’d blown. But with time I’ve realised they weren’t meant to be. They were just turning points and moments of growth. As soon as I realised that, it was easier to move on. That’s the theme of the song.

I only had a few little shows cancelled as I’ve been working on this album and wasn’t quite ready to start booking any dates in. I have tried a live stream and it didn’t do much for me. It felt really impersonal. I think I’ll just release the album and maybe record some live videos until we can all meet up in venues again.

The new album, Brontide. It’s out October 23rd. That’ll be a big moment for me.

The reaction from songs and the beautiful messages people send when they connect with a lyric are very rewarding. I can’t think of any negatives right now. I love writing and releasing music. I feel too lucky to complain.

What’s next for Nick Kingswell in the last months of 2020?

A 3rd single, Now I’m Gone, is out October 9th and then the album october 23rd. There’ll be some videos released too.

Lover, You Should’ve Come Over – Jeff Buckely. That song is pure emotion.

I never want to meet my idols. It would shatter the illusion.

It’s a marathon, pace yourself.

The re-write (something I’m working on)

Gentle off-shore breeze, 3-4 foot swell and a quiet break. The recipe for a fun surf with friends.

Dancing In The Dark – The Boss

No spark. There has to be a spark.

I don’t think, I do. It used to get me down but I’ve learned to just post whatever I’m doing or feeling. Have fun with it!

Quote: There is a crack in everything, that’s how the light gets in – Leonard Cohen

Movie: Midnight In Paris (Thanks, Ed)