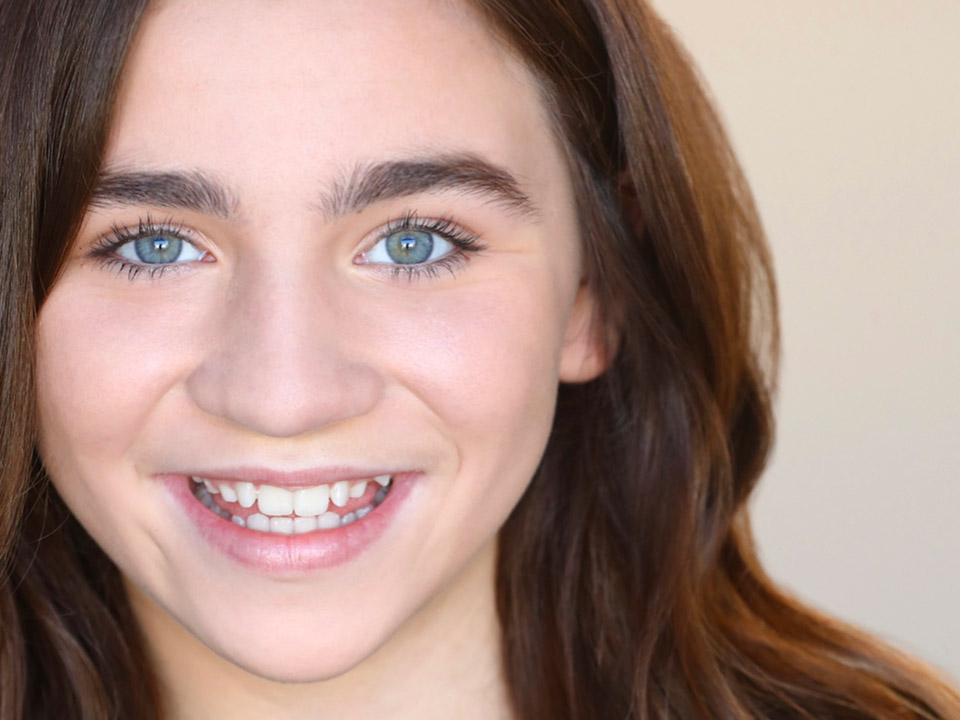 Interview with award-winning actress Brooklyn Robinson who is best known for her recurring role of Young Christian on Sundance TV’s MINISTRY OF EVIL, releasing in 2019. She plays Mandy in the feature film ESCAPE: PUZZLE OF FEAR also releasing this year. Her many other credits include Guest / Co star roles on MODERN FAMILY, MYSTERIES & SCANDALS, PINEAPPLE, MARRIED WITH SECRETS and Funny or Die’s BIG SHORTIES, just to name a few.

Brooklyn won several awards for her role as Lucy in the film LIKE ME, including a Young Entertainers Award a Rising Star Award from Harvard Writers Guild, and an award for Best Leading Actress at Indie Fest.

I have a way of making people feel comfortable and smile. I’m also a pretty good rollerblader.

On a day that I am filming normally it’s 3 hours of set school then hair and makeup then wardrobe then filming all day. On a regular day I do online school, play with my dogs and swim.

I got started because I always loved to perform even at an early age. My brother was already acting so I just naturally fell into it.

My first role was a pilot filmed in New York City.

Yes! I have studied acting for several years as well as private coaching.

The best part is getting to perform and watching yourself on TV or on the movie screen. The worst part is waiting to watch it after you shoot. Sometimes it can be months until you see the final project.

Now tell us about your project “Ministry of Evil?”

Ministry of Evil is a Sundance series about the life of Tony Alamo. I am Tony’s daughter in the series.

And about the feature film “ESCAPE: PUZZLE OF FEAR,” and you’re role as Mandy?

Escape Puzzle of Fear is releasing soon. It is a thriller and my character’s scenes are very pivotal to the storyline.

Living in California it’s pretty easy to have the best of both worlds. I love to take a break and go to the beach. My favorite is Paradise Cove in Malibu. Also I go to theme parks with my friends.

Be the best version of yourself and never give up.

I do research and if the show I’m auditioning for is currently on tv I watch past episodes.

I’ve filmed for Disney, Nickelodeon, TVland and many more. I’ve been in several feature films and TV shows and a lot of commercials.

I love drama roles as they really come naturally to me. I would love to be on a Hulu or Netflix show.

My most challenging role has been one where I had to sit in a car for what seemed like hours to film a commercial for Cliffside Malibu. It was a really hot day! My most favorite role has been Shasta in Sundance’s episodic Pineapple. I got to work on location which was really cool.

What is next for Brooklyn Robinson in 2019?

I have a commercial that will be airing soon as well as a film Patch releasing soon.

I love Betty White. She is an animal activist like myself and also her comedy is amazing.

Phone, bottle of water and gum.

I love Panic at the Disco and Train.

Spending it at the beach and just relaxing.

I’m an All Star Soccer player. I have been playing since I was 3!

Spending time with friends and family and knowing I’m making a difference in the world.

Walt Disney because he made one of the most magical places on earth.

Quote: Be the best you you can be!