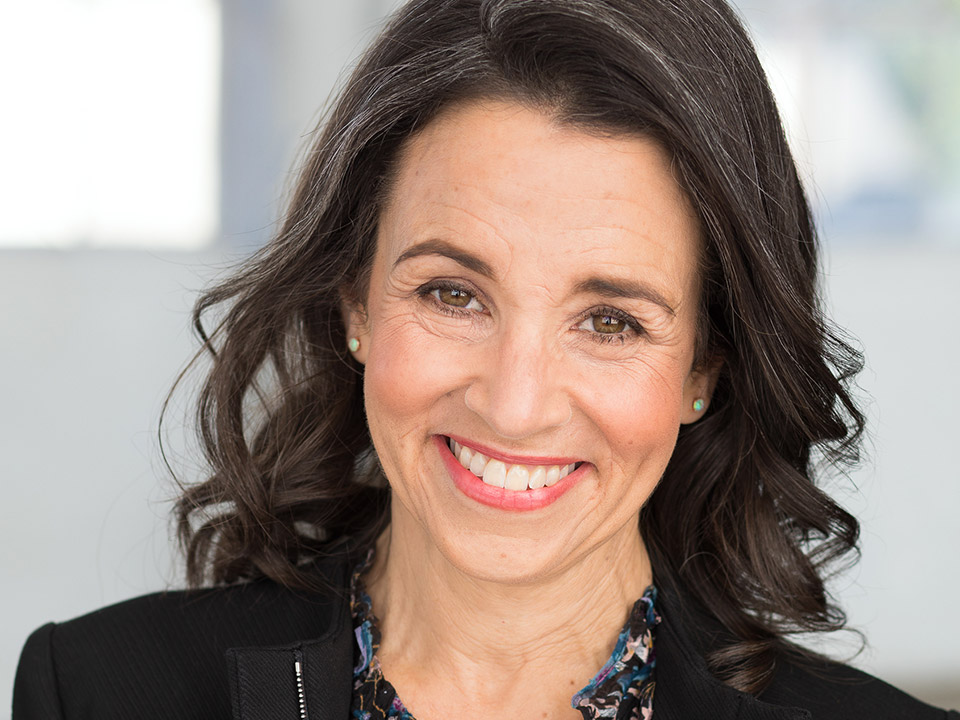 Jennie is a writer, actor, and director from Merrick, New York currently living in Los Angeles. Her latest one-woman show, Under The Jello Mold, had a successful run in Los Angeles following its premiere at the 2017 Hollywood Fringe Festival, where it won Best Solo Performance and Producer’s Encore awards, as well as earning a nomination for Top Of The Fringe (the only solo show to do so). Her first one-woman show, You Mutha! A One-Mother Show ran for two years in Los Angeles and was featured in the 2005 N.Y. Fringe Festival. On the big screen, Jennie can be seen in the features Gloria Bell (opposite Julianne Moore), Spinning Man (opposite Pierce Brosnan), and Muse (available On Demand)

She recently wrote and directed her short film, Break, as well as directed several episodes of the web series Insult To Injury. She also is the writer/co-star (with Tippi Hedren) of the short Tea With Grandma. She is the proud wife of Jonathan, and mom of Harry and Sammy.

Hi Jennie, please tell us a little about you?

Hi! I’m originally from New York, I met my husband doing small theater in Hollywood. We have two sons, Harry and Sammy, and a really cute dog named Addie. I love being an actor and a writer because I love telling stories!

Creative, Funny, Disorganized (if I’m being honest – don’t judge me by my desk!)

I’m a great listener and if you tell me ‘don’t tell anyone this, but…’ I’m the person who is really not going to tell anyone. People are usually surprised when they find out I didn’t tell anyone ‘this.’ They’ll be like, “Really? You didn’t even tell your husband?” And I’ll say, “You said, ‘Don’t tell ANYONE.’” Maybe I take things too literally. Maybe this is not a strength. 😛

This question actually makes me cry because I am truly blessed by many supporters (and I don’t use the word ‘blessed’ often or lightly). If it weren’t for some of the very dear friends who have graced me with words of support, I would be sitting behind a desk in a windowless cubicle, probably. But my biggest supporter would have to be my husband, who has put up with a lot, and still loves to hear about everything!

My first professional job was doing children’s theater in New York City touring schools with a company called Periwinkle Players. That led to my first Equity production – a summer tour of ‘Fiddler on the Roof.’

The best part is getting to live in new and wonderful characters and exist in the world of wonderful scripts. It’s an amazing treat to study a part, put on that character’s clothes, and speak the words of that person, be in their world – especially when you’re on stage, getting the immediate response from an audience. It’s just an amazing feeling. The worst part is being unemployed and not getting to do any of that. It’s the downtime. Even auditioning is fun because you get to play a character. It’s exciting. But it’s the time when you’re not working, not in class, not auditioning. It’s that other time in between.

One of the best pieces of advice is that there is no competition. There’s just you and the role. You don’t have to worry about what the other actors are doing when they go in the room. That’s not your job. Your job is to go in the room and tell the truth.

I find it helpful to memorize the lines first. Then I can really deal with what else is going on. I want to know as much as possible about this person’s world, their motivations, their story, their past, what is driving them, what’s going on in the scene. And then just try to relax and do it.

Of course, I like playing smart women – but that’s almost too easy. Most women are smart! I’d love to play someone historical. It would be so great to play a character that you could research to uncover facts, but then interpret how they would deal with those facts emotionally.

Now tell us about your work in new BET’s series “Games People Play?”

I get to play a smart woman! In the show, Lauren London plays Vanessa King, wife of basketball star Marques King, who has been cheating on her. His mistress is murdered and Vanessa is a suspect. I play Vanessa’s lawyer. It’s a fun part, and it was wonderful to work with the cast and crew. (We shot the episodes just before Nispey Hussle (Lauren’s fiancé) was murdered. My heart went out to her upon the news.)

I had a recurring role as the deli owner on Showtime’s I’M DYING UP HERE, and I can be seen currently in the films GLORIA BELL, SPINNING MAN, MUSE, and THE TWIN. And I’ve also been on THE MIDDLE (ABC), ONE DAY AT A TIME (Netflix), GREY’S ANATOMY: T-TEAM (ABC.com), HEROES (NBC), and many other TV projects. Oh, and I have my own one-woman show called UNDER THE JELLO MOLD, which is a comedy about my mom at the end of her life. The title refers to where she hid her post-mortem instructions; it turns out, she was also hiding a secret. I have turned the play into a screenplay and I’m hoping someone will fall in love with that. 🙂