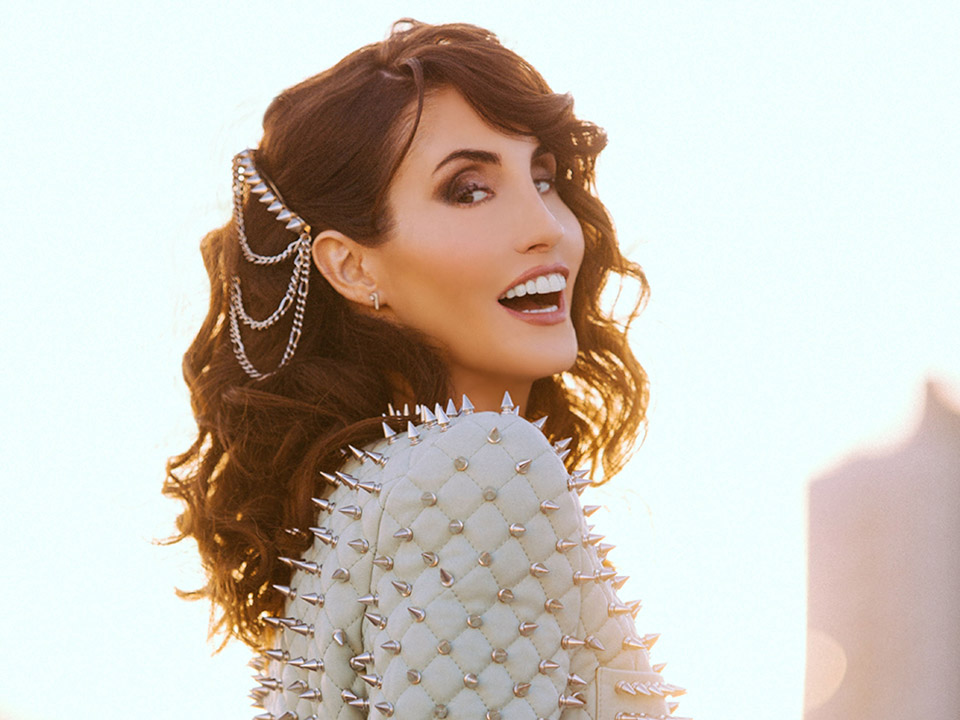 Bryna’s previous single “Sweet Revenge” has amassed over 2.1 million views on YouTube and climbed to #10 on the Billboard Dance Chart. Now with several Billboard Top Ten singles under her belt, Laura’s forthcoming single “Stars Are Falling” is produced with Grammy-winner Damon Sharpe, who is known for his work producing Ariana Grande, Jennifer Lopez and more. With a dynamic new sound rooted in country while inspired by elements of New Wave and Electronica, Laura Bryna’s music is helping to modernize country while still keeping it true to herself. 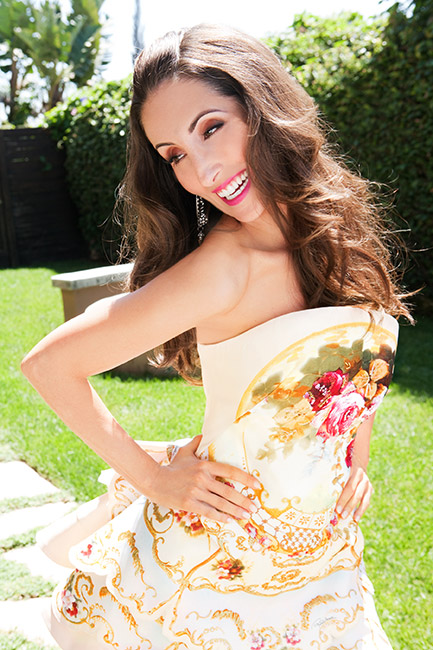 Hi Laura, please tell us a little about you?

I was born and raised in Mount Airy, Maryland, a suburb of the Washington, DC area. I have always loved music and growing up my sisters and I used to give concerts in our basement to my parents AND charge them twenty-five cents a show. Of course, there was usually two or three shows a day!!! Hehe And that’s where the dream began. I began taking dance classes, acting classes, and singing lessons. I joined the school choirs, performed in plays and musicals. I also got the chance to perform at The Kennedy Center and join their traveling musical theater troupe. Then I made my way to Philly to The University of the Arts, where I continued performing and studying my craft. I was a part of the off-Broadway show, “Tony and Tina’s Wedding” and the recording of the musical, “Rasputin” with Amanda McBloom, Ted Neeley, and John Hurt. The South called me to Nashville with my parrots to pursue a music career. I landed a recording contract with my record being called, “Trying To Be Me.” How fitting!!! Some great songs on that project!! “I Don’t Have A Thing To Wear,” “Life Is Good,” a song I co-wrote about my experiences of volunteering with The Make-A-Wish Foundation called, “Make A Wish,” and another song I co-wrote called “Hometown Heroes” that became song for the Air National Guard, of which I became the spokesperson for their marketing program. I had the honor of performing over 100 concerts and appearances for The Air Guard. I did a 90 day tour with Clint Black as well as various other concerts and festivals with entertainers like Emmy Lou Harris, Tim McGraw, Rhett Akins, and Taylor Swift to name a few. Then off to LA to continue the dream and work with legendary producers like Peter Asher (Linda Ronstadt, James Taylor), Larry Klein (Joni Mitchell) and currently, Damon Sharpe on the Top 40, Hot AC, and EDM side. With a Top 10 on the Billboard Dance Chart with “Sweet Revenge,” we are so excited to release our next single, “Stars Are Falling.” Should be coming to you very soon!! Can’t wait for you to hear it!!!

My Daddy has made me person I am today. He has shown me how to be a giving person and with a positive attitude, anything is possible.

I got started in our family basement!! Hehe I have always loved performing and connecting with an audience. To me, that’s what this is all about. As a vocalist we are an interpreters of song. I want to make people feel something…

Yes, The University of the Arts.

I love all kinds of music but my music influences have been everyone from Elvis, Etta James, Gloria Gaynor, Emmy Lou Harris and so many more.

Sure! You want to have some nerves…that’s the excitement and energy you feed off of when performing.

A mix of Pop, Blues, Dance and always touch a of Country. OOPs!! That’s 4 words.

Getting out on the road and being with my fans!

Now tell us about your single “Sweet Revenge?”

“Sweet Revenge” is an uptempo anthem of sass, edge, and all around attitude. Hehe!! Haven’t we all ever wanted at one time in our lives wanted some sweet revenge? Hehe

What was the feeling of getting over 2 million views on YouTube and to be #10 on the Billboard Dance Chart? That’s amazing!

SOOOOOO Exciting!!! Definitely a dream come true!! You never know how your piece of art is going to be received. You put it out there and hope for the best!! We’ve been really blessed and so lucky to have such great loyal fans!! They have always been there through it all!!!

And about your new single “Stars Are Falling?”

I’m really excited for everyone to hear “Stars Are Falling!” It’s a song that is near and dear to my heart. It is a love song but in a different kind of way…I won’t give it away!!!? The video is very touching and really a sign of the times. Everyone involved with both the music and video production gave their all and made this song come to life.

How was touring and performing with such a big names in the industry like Taylor Swift, Emmylou Harris, Clint Black, Carrie Underwood and Tim McGraw?

I love performing, touching people’s hearts, and getting the chance to connect with my fans. It was a real dream to tour and perform alongside these incredible legends. They are legends for a reason!! And you learn so much by watching them recreate the magic night after night. 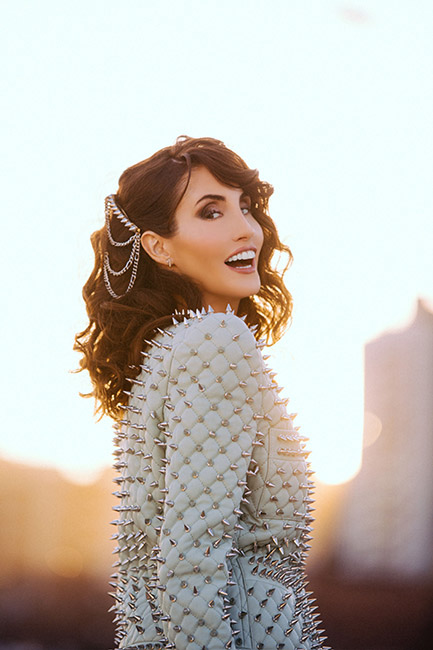 We have been in the studio and shooting the video. We are just now putting together our summer schedule and will have some appearances coming up soon. Keep checking www.laurabryna.com

Hopefully another Top 10 hit on the Billboard Dance Charts, and an EP produced by Peter Asher while being accompanied by Hans Zimmer’s orchestra. It’s definitely a different side of me…and Peter, of course is a legend in this industry. A few new songs and some familiar, hidden gems with a twist. Gotta keep you guessing!!! Hehe

“Hit Me With Your Best Shot” by Pat Benatar or “Stronger” by Kelly Clarkson.

My hearing…I hear everything!! I can hear three conversations at one time and understand everything being said. I can hear a phone vibrating in a room down the hall. It’s Crazy!!

My Babies, which are My Parrots.

Working on several different projects. Recently returned home from a USO tour. We visited and performed on military bases in 6 different countries. I can’t wait to do another one!! We are working on some tour dates, doing several interviews for a great radio show and blog called Golf Talk America on PGA Tour Radio. The show combines golf, lifestyle and entertainment all into one fun hour. I get to chat with all different kinds of people, all walks of life, entertainers, people who excel in their industry, men and women in our military, some play golf and some don’t and some that wish and think they are pros!! It’s definitely fun and entertaining. Lots of laughs.

Listening to music, practice, rehearse, dance workouts with my dance coach, lunch or dinner with business associates and friends. It’s crazy fun and busy. That’s the way I like it!!

Relaxing with my babies.

Whipped cream, it’s another food group for me!!

My Mom. I learned everything by watching her-skincare to makeup.

He has a girlfriend and no ambition.

ELVIS… He mesmerized audiences. He did it “his way!” He was a true entertainer!!

Keep living this Dream, would be my Dream!!! hehe

Social Media is crazy!! But I love that I can be so close with my fans!