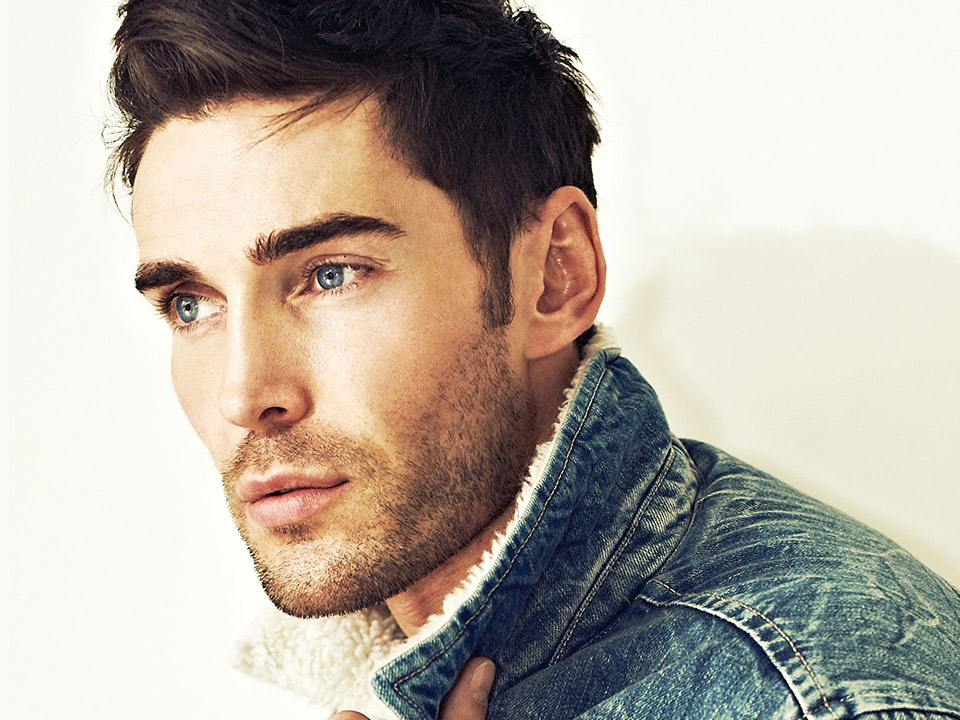 British actor and Hollywood fitness guru, Nick Hounslow, simply can’t stay out of the spotlight. His reputation for being a popular celebrity fitness trainer, actor and model makes him a staple in the Hollywood scene. Nick has done it all, from his feature role in popular music videos such as Britney Spears’ Radar, and Hillary Duff’s Stranger, to his recurring roles on E! Entertainment’s “Hollywood Cycle” and Shonda Rhyme’s new series “The Catch.”

When Nick isn’t in front of the camera, he spends his time working as a physical fitness trainer. He’s worked with a range of celebrity talent, such as Gal Gadot (Wonder Woman), Julie Benz (Dexter), and Claire Holt (Vampire Diaries). As if that wasn’t enough, Nick recently created the 6-week workout challenge series #TarzanChallenge for Warner Brothers in promotion with the film Legend of Tarzan. 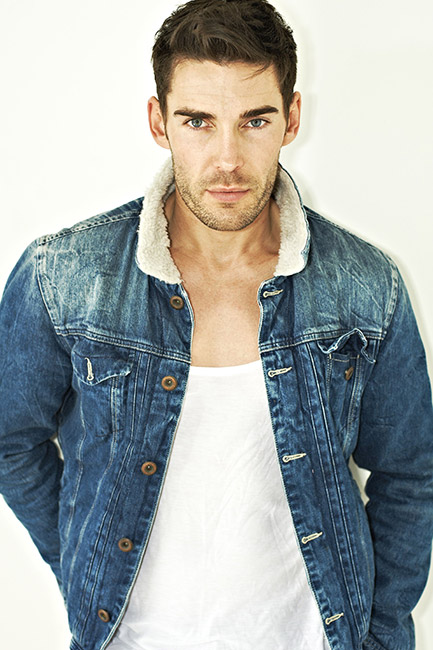 I was born in Lincolnshire, England in a Royal Air Force military hospital. Being a military brat (that’s the official technical term) I was sent to a boarding school as my parents moved all around the world for work. At age 16 I was ‘spotted’ in London by a reputable model agency. Even though I had no idea what a model was, or what this entailed, I had my first shoot at 17 and was sent to Paris Fashion Week. Modeling brought me to LA where I was doing a pre-Oscar fashion show and was approached after the show by two acting managers that wanted me to audition for a well know US soap opera. Everything sort of escalated from there!

Please refer to my first answer

It has taken me in a very different direction. I’m a Brit living in LA. It’s wild. I never dreamed of this. I mean I’m still in shock seeing my face on the cover of a movie DVD box and on TV. I keep thinking I’ll wake up back in London in economics class and it was just a daydream!

Tell us about your work in “Christmas With A Prince – Becoming Royal?”

It was super exciting to go back for a sequel. The best part is being able to develop the story which I actually had a part in and am credited as story consultant. On top of that being able to develop Prince Alexander into a more robust character and exposing his vulnerabilities and strengths was a wonderful opportunity to use my creativity even more.

Being able to tell a story that speaks to people. You might think ‘oh how does a story about a rich spoiled prince do that’ but honestly I’ve been blown away by the feedback. The first thing is the amount of families that come together to watch a feel good Christmas movie is incredible. The amount of messages I get is overwhelming. In particular one Mum shared how her daughter was going to be in the hospital over the holidays and they watched the first movie (set in a children’s ward) in the hospital as a family. It cheered them up and gave them something positive to focus on. That really touched me as an actor!

Now on the fitness side, tell us what the #1 thing you like about being into fitness?

Fitness is a lifestyle. It’s something I do every day because it’s been part of me since I was a heavy kid. It changed my life physically and mentally. Yes, for sure some days I just don’t want to go and am literally kicking and screaming (in my head) all the way to the gym, but never once have a I left the gym thinking ‘well that wasn’t worth it’. Its not just for vanity for me – it’s more mental. Plus, it saves a lot of money on a regular therapist – hahaha!

Tell us about your 6-week workout challenge series #TarzanChallenge for Warner Brothers?

Warner Brothers approached me about designing a ‘do it at home with no equipment for all levels’ workout. I loved the challenge of that. It was to promote the movie Tarzan and get everyone involved in working out and reaching a goal before the movie release date. It was a huge success. I had people in France, Germany, Australia to Singapore all participating!

I can honestly say all 3 of these women are remarkable individuals. Dedicated and hard working but at the same time humble and so kind. Each lady was very different to train based on their goals and requirements so that makes it even more fun! I love sculpting bodies through training. It’s an art form for me. 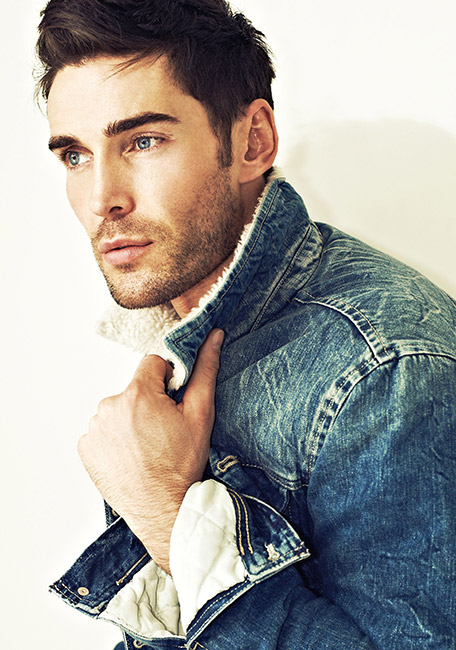 Please describe a typical day for you. What is your daily routine like?

My alarm typically screams at me at 4:30AM. My first clients start training at 5:30am. From there I have about 5-6 hours back to back of clients. Then it’s “me time”. If I haven’t worked out with a client I’ll train myself. I’m very focused. I have my hat and headphones on and I just get at it hard. For me working out is my therapy my safe space.

Then I will eat and start prepping for my auditions, self tape an audition or a modeling casting. The days are long but I love the diversity of it.

What type of food or supplements do you recommend before and after workouts?

I like to keep the body as clean as possible. I will take a pure form of L-Arginine as my pre workout. Post workout I will take Leucine + Creatine. I don’t really take protein shakes as I try to use my food as my protein.

For most my clients I always tell them to hydrate all day. Post workout always try to get some kind of protein in your system no later than 30 minutes post workout.

What is the most challenging thing you deal with about consistently staying in top shape?

When you are shooting a movie and the hours are long. It is really tough to stay consistent. The hours are so demanding. It really tests me that’s for sure.

I keep my foods protein high and carbs low after 3:00pm. We need carbs but anything after 3:00pm gets stored as fat. So try to be conscious what you eat after that time of day.

My favorite healthy food is this chicken vegetable soup I make from scratch. It takes about 2 hours but lasts me all week. It’s my go to evening meal. Nutrient rich but perfect for dinner.

What motivates you to keep going and push harder?

Loving what I do. I love acting and I love creating. I will never stop!

What are your best 3 tips for someone looking to reach their goal physique?

Start small. Work towards a doable goal. Don’t beat yourself up if you fail. Just pick yourself up and try again!

Well the movie sequel is already number 1 on the network with over 1 million viewers on premiere night. And we just found out we are number 1 above all movies aired since January this year! So I think it’s safe to say we might not have heard the end of Prince Alexander! 😉

Aside from that, I’ve been in talks about some really cool upcoming projects so watch this space

I just want to keep working. I love what I do. I want to shoot more movies for sure! I would love to play a marvel character or mutant in an X-Men movie. That would be the ultimate dream!

Being content with your life. No amount of work, money, material things or success can bring your happiness. I think for me family is the key to my happiness. My mum, dad and my sister are my happy place. There is truly nothing like that. So, I would love to in the next few years start my own family.

This makes me laugh because I’ve been teaching a 9:45am class on a Sunday for 5 years at CycleHouse in West Hollywood. I have dreams of just laying in bed lazily making coffee and heading back to bed until noon. However, I can’t quit the 65 person strong class I’ve built of some of the most amazing humans I’ve ever had the privilege to meet. 65 humans sweating, screaming, hollering, pushing, grinding to crazy beats in a dark room … who wouldn’t want that on a Sunday morning?

Nelson Mandela – I had the privilege of visiting Cape Town for work and visited the prison where he was held captive. His life fascinates me. I have so many questions for him.

There are 2 pieces of advice I love that I’ve been given:

“It’s a marathon not a sprint. So pack a lot of water”

“Trust you are exactly where you are supposed to be”.

My dog Edgar, my family, and this unbranded pimple cream from Russia. (I have no idea what’s in it. It’s probably killing me slowly but it works overnight on pimples!)

Quote: Success is not final, failure is not fatal: it is the courage to continue that counts. Attitude is a little thing that makes a big difference. All the great things are simple, and many can be expressed in a single word: freedom, justice, honor, duty, mercy, hope. – Winston Churchill

Movie: I have to admit I love a Harry Potter re run. My sister did makeup/prosthetics for these movies.

TV Show: ‘After Life’ life by Ricky Gervais – literally the most beautifully written and acted show I’ve seen in a long time.