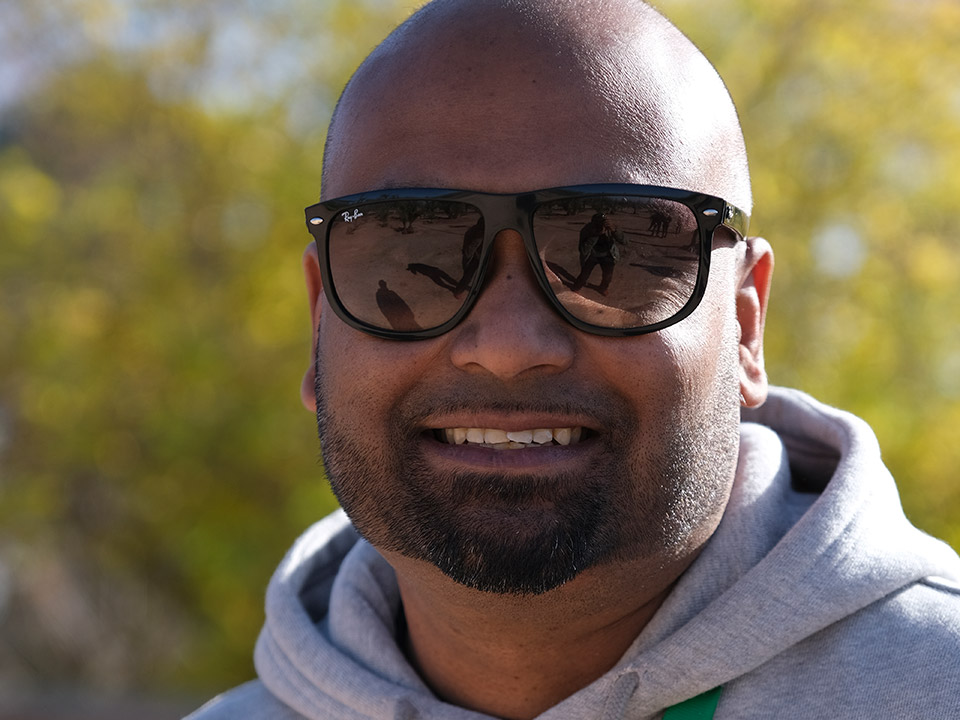 Check out our interview with Canadian Director & Screenwriter Gino McKoy who is about to release his Sci-fi Horror Thriller LUMINA, the very first sci-fi movie filmed entirely in Morocco. Starring Golden Globe nominee Eric Roberts, Ken Lawson and Eleanor Williams, LUMINA is bold and cerebral and distinctive from your standard alien movie fare. The story involves a young college graduate whose girlfriend vanishes in a blinding flash of light. Determined to find her at any cost, he is drawn into a dangerous, otherworldly web of distortions as he seeks to discover the truth behind her disappearance.

According to the film’s Academy Award-winning editor Thom Noble, “McKoy’s eye for detail and recollection of shots and angles is exactly like that of Ridley Scott.” Gino envisioned and created entirely new Sci-Fi worlds, and he was extremely agile and experimental in building his massive and jaw-dropping film sets.

Gino wanted to make LUMINA in Africa, and between its deserts and mountain landscapes, Morocco established itself as the perfect filming location. Filmed during the Covid pandemic, the director and his team’s production facilities landed in Marrakech last October, and filming lasted 5 months. Nearly 250 Moroccans worked as technical staff or as extras. 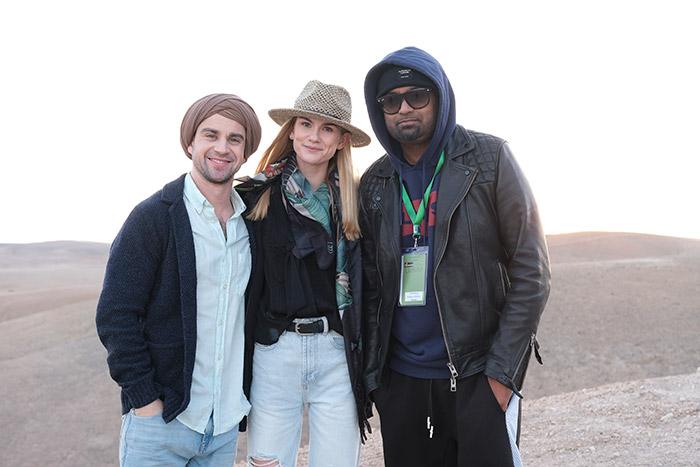 Hi Gino, please tell us a little about you?

I’m a singer/songwriter and filmmaker born in Trinidad and Tobago, grew up in Toronto and had an opportunity to move to Hollywood for music and eventually ended up doing Hollywood feature films because I couldn’t find a reliable director or screenwriter to do it, so I did it myself.

I got started in screenwriting initially and went into directing and producing afterwards.

Well, I no longer have days off, but that’s okay. I love what I do and I’m passionate about it. It changed my life for the better because I get to create and see that creation come to life.

What is the best and worst part of being a Screenwriter and Director?

The best part is that you can control and change your material without having to consult with someone else, the autonomy. The worst part is, sometimes you can’t let go of certain material but inevitably you have to at times.

What do you think are the things that separates you from other directors or screenwriters.

I can write about any topic. I can direct actors and write screenplays about almost all genres. I’m an actor’s director and I can also produce the title tracks for the movie and co-compose the soundtracks, so I think all of those elements separate me from over 99% of other directors and screenwriters.

Tell us about the Sci-fi Horror Thriller “LUMINA?”

It’s a journey of a unique group of friends who have a mission to save their friend who has been abducted. It deals with the psychological effect that this type of phenomenon has on people who experienced this otherworldly event.

How challenging was to film this during a pandemic and with all the restrictions for traveling and for people to be able to work on a big project like this?

Very Challenging! We were testing every 4 days and multiple times. We had a total crew and cast of over 250 people. We had to obtain special permission and permits from the Government of Morocco and the Moroccan Centre of Cinematography, in order for crew and cast to enter the country. We had to secure special permits during the curfew, since we were shooting late nights and mornings.

Not forgetting facing extreme weather conditions in the Atlas Mountains and deserts. We were the first film to shoot after the full lockdown in Morocco and one of the very few Hollywood films to be shot and completed in the height of the pandemic. People welcomed the job opportunity, but we lost our entire UK DP and UK camera team before Christmas. They couldn’t return to Morocco because the UK had an outbreak of a second strain of COVID. So, I shot most of the movie with another DP from LA who had little prep time. We had tons of cancelled flights and many re-bookings. Some of the US crew were very skeptical of shooting in Morocco because it’s Africa but they eventually got over that fear since we did our best to make everyone was comfortable. Once they were in the country, they loved it.

How was working with such a talented cast?

It was amazing! We all got along well, and we understood each other regarding what I wanted and what they were able to deliver (and in certain cases over deliver). It’s a joy to see real hard-working actors do their job – turning what’s on a page into reality.

I’m currently working on a sci-fi film with Michael Sloan (producer and creator of The Equalizer starring Denzel Washington), a project where we co-wrote the script and I’m set to direct. Our company Goldove Entertainment will be producing this feature with Michael. 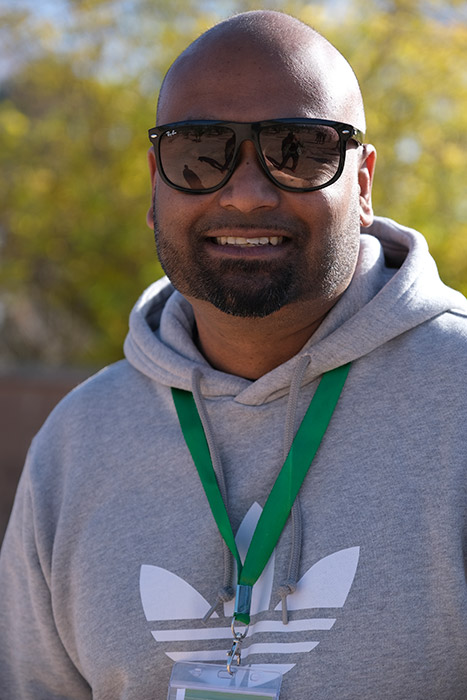 If you have to choose in order, what goes first: Screenwriter or Director?

Wow, tough choice, I would say director and then screenwriter.

Seeing something that you created come to life.

Contemporary, I can also pull off different fashion styles.

Waking up every morning and being alive is happiness. Being able to do what I love and what I’m passionate about, seeing my family, friends and others happy makes me happy.

Never give up, no matter what you face in life…

Yes we have our own charity for kids and women in crisis (Kinder Krisis) worldwide.

Directing a Star Wars movie, having my music heard and played worldwide.

It’s a great tool for artists and filmmakers.

Favorite Food: I love everything as long as I’m not allergic to it.

Travel Destination: Somewhere with a beach