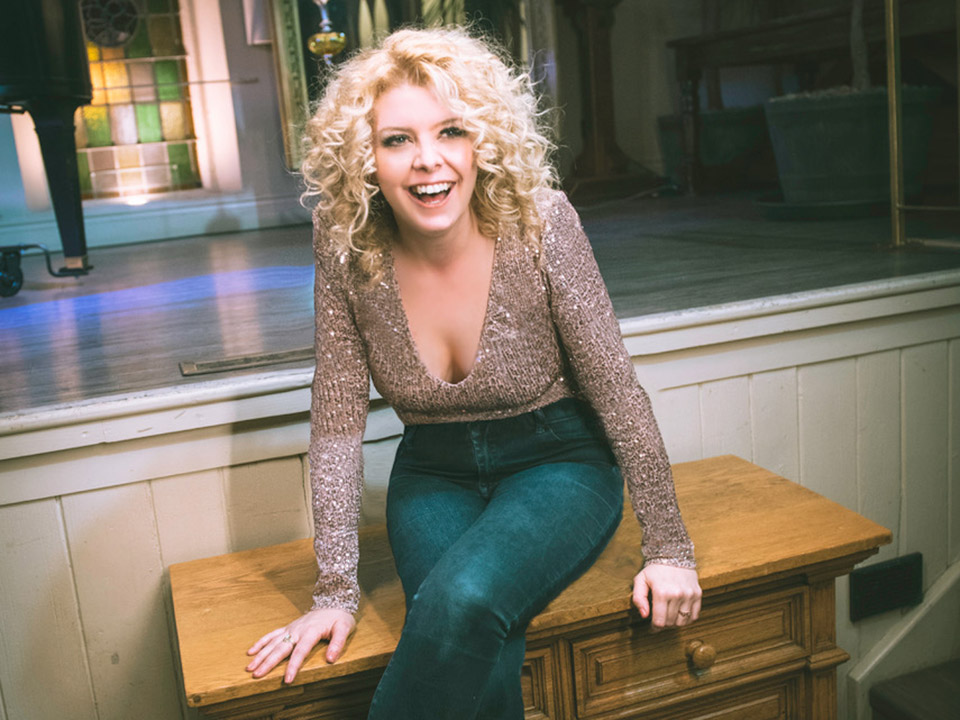 Check out our interview with Canadian Singer/Songwriter Callie McCullough in celebration of her 2021 Canada CCMA award nomination for her album ‘After Midnight’ (Best Alternative Country Album).

“Three Quarter Time” is a traditional country/roots ballad which showcases McCullough’s own sonic identity, encapsulating the legends who came before her and her deep appreciation for their ground-breaking legacies.

The on-going success of ‘After Midnight’ has garnered McCullough two 2021 Country Music of Ontario Award nominations for “Rising Star” and “Songwriters of the Year”. 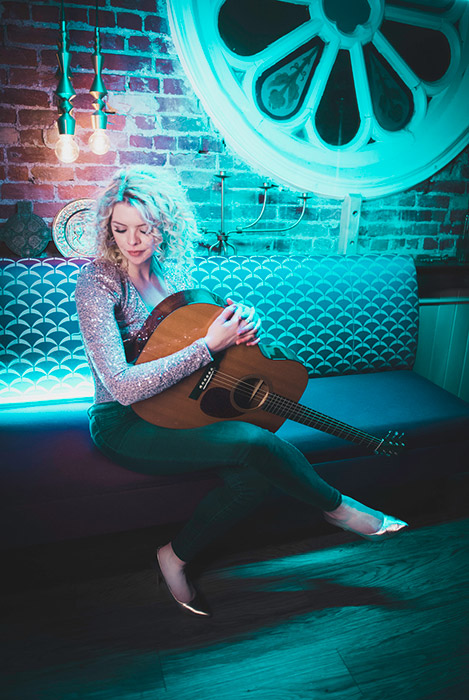 Hi Callie, please tell us a little about you?

Hey Guys! Thanks so much for having me!

I’m a Singer/Songwriter by trade…but I’m also the girl that says the thing you’re not supposed to say but everyone is thinking, maybe a little too loud, love my family more than anything, recently have gone full cat-lady (just one cat for now) buy more shoes than I can afford, terrible driver, always cracking a joke, prefer to talk about real stuff, inside I’m a 90 year old lady who wants to drink tea, but also go skydiving…

Well, I was basically born into it…my parents were both full time musicians and I grew up backstage. Despite their hopes that I would pick an easier path I just started booking my own gigs by the time I was 14.

Well, I think I always knew my life would be chasing music…but I really had no idea what that would look like or where it would take me…I’ve been all over the world playing music and plan to see many more places, I’ve met some of my favorite humans making music…also had my highest ecstatic highs and most broken crying on the floor can’t pay the phone bill moments…it’s a ride for sure..

I’d been making up my own songs and singing since I was a little kid. There was always music around the house, I think I went into the studio for the first time with my dad when I was 11. It was always a part of my life, so I was out playing gigs pretty young and just kept putting one foot in front of the other. Before making the move to Nashville I had been touring for years in several bands and visiting town, eventually I just put my stuff in a station wagon, drove here and never looked back.

“Decided” to do it because I couldn’t not…So many influences…my Parents…my Uncles…Gordon Lightfoot, Joni Mitchell, James Taylor, Carol King, Pam Tillis, Eva Cassidy, Simon and Garfunkel, The Kendalls, Don Williams and so many more…

I play guitar….and then I play a little mandolin, banjo and piano badly…so guitar ..

Every once and awhile it will hit out of the blue

Tell us about your new single “Three Quarter Time?”

I love this song, it’s really the story of my years in Nashville…it’s about grinding it out as a musician in town, my love of Traditional Country Music, Roots music and my everlasting penchant for sad songs..it’s about fighting the good fight to make the music you love, despite the trends…we brought it to life with twin fiddles, steel guitar and all those traditional sounds that I love.

Well, one night I was playing downtown Nashville, I turned over the tip jar and out rolled a nickel and four pennies…nine cents, not a dime…

The very next day I was sitting in my living room with two of my best friends Ryan Sorestad and Scotty Kipfer and I told them the tip jar story…and that’s how we got the song..every lyric in this song is something that really happened to me over the past few years…the good, the bad and the ridiculous all wrapped up in a waltz 🙂

What is the feeling for the 2021 Canada CCMA award nomination for her album ‘After Midnight’ (Best Alternative Country Album)? That’s amazing. Congrats! 🙂

Honestly it’s pretty great. I made the record I wanted to make with some of my favorite people in the world, and we’re proud of it.

Making things…bringing songs into the world, bringing them to life in the studio, sharing them and connecting with an audience, making videos as pieces of art…

Learn to save money, never compromise your integrity, do what you say you’re going to do, mean what you say.

Those aren’t industry lessons- I got those on my grandparents farm and they haven’t let me down yet..

A little insane, funny, down to earth

“Voice of an Angel, Mouth of a Trucker” Well, if you met me…

Well, headed up to Canada for a couple shows and CCMA week…Three Quarter Time the single comes out tomorrow…Christmas with my family and 2 weeks of unplugging, then releasing the Three Quarter Time video in January which I’m super stoked about, then it’s the usual, making new music and playing shows… hoping the world stays open and it’s all good!

Carrie Bradshaw made a Bluegrass Album

My cat and/or my Aunt and Uncle’s horse Farm

My Grampa, again. Love to have just one more dinner..

Not to put too much stock in other people’s advice..

Any and all animal rescue…save the Pets!

Touring theatres, making records, writing songs, still making music I love, collaborating with Artists and Musicians and writers I respect…the same path but further along.. getting to travel the world some more and meet people from all over…hopefully with a larger audience and a better running tour vehicle lol

Pretty tough to narrow down, but today I’ll go with ‘If Hollywood Don’t Need You” by Don Williams. Incredible feel, well crafted lyrics, it’s a gem of gems.

Well, she’s a bittersweet mistress…I think the fact that we can connect with people all over the world with the click of a button is pretty dang cool, but I’m so glad my childhood was in a world before social media. I feel for kids these days. I think we can share more music with social media, but we made better music before it. I’m still old fashioned- I’d like to have more conversations face to face, and I honestly miss not having a cell-phone.

@calliemcmusic on all Social Media

Music on Apple, Spotify, Amazon and everywhere Music is sold 🙂

Book: Harry Potter…all of them

Tv Series: Sex and The City

Travel Destination: Switzerland is my favorite that I’ve been to so far, but Scotland and Ireland are calling my name.

Interview with the Winner of The Voice Germany Nick Howard