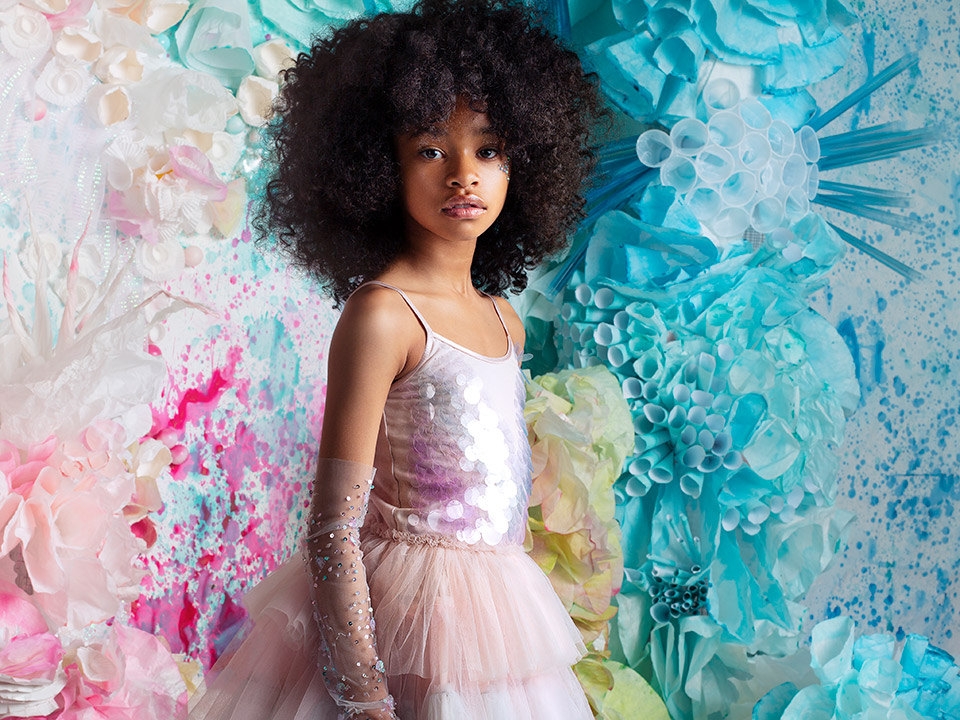 Our interview with talented young star Akira Akbar who can be seen in  “Captain Marvel” and NBC’s “This Is Us.”

She plays ‘Monica Rambeau’ in the Marvel Studios’ hit film “Captain Marvel,” alongside Academy Award Winning actress, Brie Larsen. Monica is the precocious niece of Larsen’s ‘Carol Danvers’ (Captain Marvel). Just like her character, Akira wants to inspire other young girls to be the most powerful and authentic versions of themselves. “Monica is very smart, opinionated and she loves her aunt. She’s fearless… She’s not afraid to break the rules. She wears her hair natural and is inspired by having a strong single mother” says Akira. Up next, fans will get to see Akira portray a young ‘Beth’ in the hit NBC series, “This Is Us.” In the show, Akira plays a younger version of Susan Kelechi Watson’s character, as she dreams of becoming a ballerina.

Hi Akira, please tell us about you?

I’m in 7th grade, I’m really into fashion and makeup. I also love my family.

How and why did you get started in acting?

When I was younger, I was really into modeling. My mom noticed that I loved to perform in front of her clients so she thought it was a good idea to start me in acting and I’ve been doing it for 4 years now and I just absolutely love it.

My first role was in Criminal Minds, it was a very small part. I literally only had 1 line and it was “mhm”, but hey, you have to start somewhere!

Please tell us about “Captain Marvel,” and your role as Monica Rambeau?

My character in Captain Marvel is Monica Rambeau. She is a very smart and loving girl! She’s being raised by a single mom, who teaches her to be very articulate and opinionated. She loves her aunt, Carol Danvers and her mom, Maria Rambeau, and supports and encourages her mom to go after her dreams.

How was it working with big names like Brie Larson and Samuel L. Jackson?

It was so amazing ! They are so inspiring and hard working and kind. I learned so much just by watching them on set.

For Captain Marvel, I actually researched online and at the library and the bookstore about my character, Monica Rambeau.

How was filming NBC’s “This Is Us?”

This is Us was so incredible and because my family is such big fans of the show, I was so excited when I got the opportunity to audition. Working with Susan Kelechi Watson and Phylicia Rashad was such an honor, they are both legends and I think I’m still pinching myself that I had this opportunity.

My favorite actress is Taraji P. Henson, she is incredibly gifted and can literally do any role.

I would say that Stranger Things is definitely on my bucket list. I love that show so much!

My favorite holiday is definitely Christmas, so I would love to go to Montreal, Canada with my family and play in the snow, build a snowman, sled and maybe learn to ski. Fun fact: I’ve never actually touched or been in snow!

Happiness is when you have self love and you keep a positive spirit. So basically to have happiness, you have to throw negativity away.

Where do you see yourself in ten years?

I see myself graduating from Harvard and still acting. I would want to have my own talk show.

If you were not an actress, what else would you be doing?

I would love to be a track star and run hurdles because I really like running track which is something that people probably don’t know about me.

What was the best advice you’ve ever received?

Keep working hard and don’t give up. If you truly want something you can’t be lazy, you have to really motivate yourself. That would definitely be the best advice I’ve received.

What’s your favorite kind of music?

My favorite kind of music is Hip Hop. I love to sing and dance.

My role model is Taraji P. Henson. I love every role she plays, and she is genuinely a great person.

What’s coming up next for Akira?

I’m on a Netflix show named Family Reunion. It comes out around June or July!