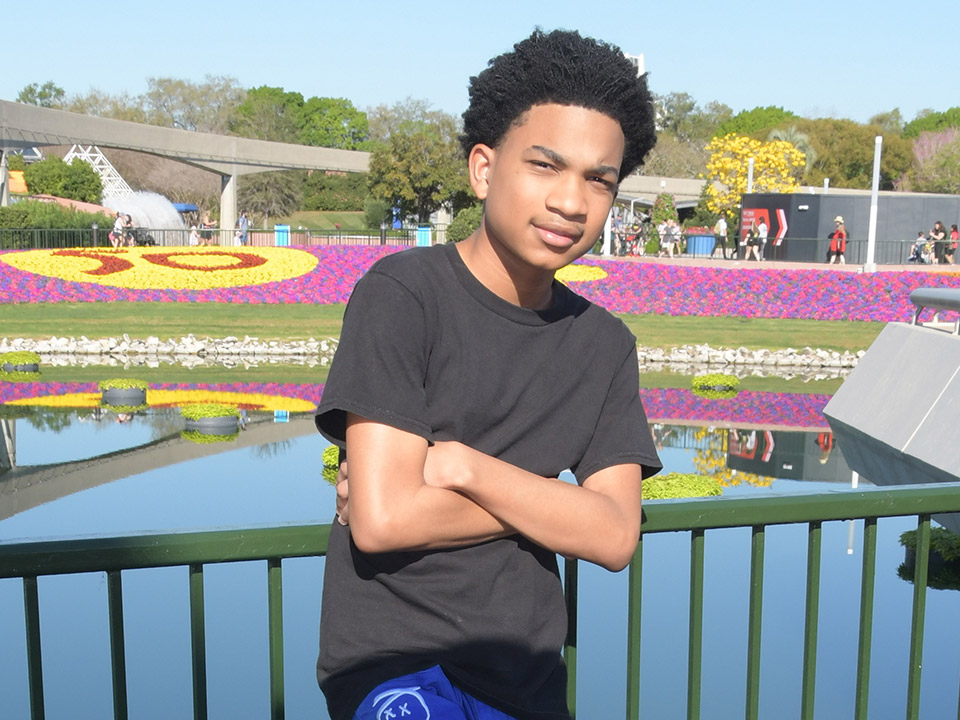 Check out our interview with actor Andre Robinson who stars in the hit family Disney + comedy “Cheaper By The Dozen.”

This Disney + original movie, Cheaper by the Dozen is the reimagining of the 2003 hit comedy of the same name. The 2022 version stars Zach Braff and Gabrielle Union who attempt to manage their family business while keeping up with their blended brood of 12 which includes the talented Andre Robinson as one of the Bakers’ dozen along with several other up and coming young talent.

Andre plays the role of DJ, a smart, dorky teen who is more interested in superheroes and comic books than partaking in the misadventures of his siblings. The film is co-written and produced by Kenya Barris with Gabrielle Union taking the helm as executive producer.

A voiceover artist with lead roles in such mega hit shows as The Loud House, Dragons Rescue Riders: Heroes of the Sky, and Doc McStuffins, this new role will be the start of an even bigger film career for the teenage superstar. Being part of a family comedy is perfect for Andre who enjoys spending time with his own family when he’s not working. 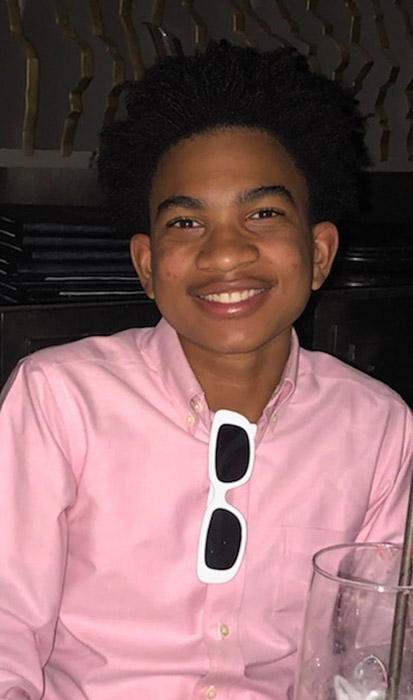 Hi Andre, please tell us a little about you?

I am the youngest in a family of five—Dad, Mom, two older sisters, ages 29 and 23, a Shepherd named Riley, and a fish named Ocean. We absolutely LOVE traveling together (except my Dad is not a fan of flying). I just graduated High School in December 2021 (Yay!) and my plan is to attend a local University in Spring 2023.

When I was six years old, my mom quit her job to become a homemaker.  Her friend, who managed children, encouraged her to put me in the entertainment industry and she decided to give it a try.

I discovered my passion at a very young age, taking me out of public school in first grade and into homeschooling, many auditions, and work. I was never the typical kid or teen. Since I started in the business at such a young age, this has been my norm for 11 years.

The best part is booking shows and I love doing voice acting. The worst part is rejection. However, I always have hope that my next chapter is coming.

Acting classes have taught me how to break down scripts. I print the script; read the entire script; memorize my lines; and discover my relationship with the other characters. I like to read the script aloud over and over to get a feel of the character.

Tell us about your work on much anticipated Disney+ Series “Cheaper By The Dozen?”

I’m 6 of the 12 in this fresh take on the 2003 hit family comedy about the raucous exploits of a blended family of 12 and the humor, heart and headaches that come with it.

And about playing the role of DJ?

I was in SOLOS on Netflix, New Girl, and The Exes. I played Clyde McBride in Nickelodeon’s The Loud House; Donnie in Disney’s Doc McStuffins, Niko in Niko & The Sword of Light on Amazon Prime; and Cutter in Dragons Rescue Riders on Netflix and Peacock, just to name a few.

I love superheroes and would love to play one in the future. I’m a die-hard Marvel fan. I’ve already told my mom I want to start training in martial arts so I can be in a future Marvel movie.

The most rewarding part is seeing the finished product on the screen. Doing the work is exhilarating, but seeing it excites me every time.

Discover your area of strength and passion, hone in on it, and don’t give up. Also don’t let others discourage you from pursuing your dream.

I’ve learned to not take rejection personally. You never know what casting, directors, and producers are fully looking for. So, I give a great performance, then I hope for a callback and booking.

There’s No Plan B would be the name of my book. When I hear people say, “What’s your plan B if it doesn’t work out?”, it feels like it’s a cop out. If you say there’s no plan B, you’re going to pursue what you desire with all your heart. I want to encourage people, especially teens, to pursue their dreams and not give up.

The Voice of Your Dreams by Aaron Anastasi. It’s a practical, yet profound book on becoming successful.

Currently, I work behind the scenes with looping on two television series and various movies. Happily, I’ll be working with The Loud House again soon in a guest star role. I’m also waiting to hear if I booked a lead role in an animation film. I won’t know until April. Fingers crossed!

Happiness is spending time with family. I absolutely love them. We are all close knit—my grandparents, parents, sisters, aunts, and cousins.

Chadwick Boseman because he was an acting genius!

My parents and one of my previous voice directors continue to tell me, “Don’t put all your eggs in one basket.”

Yes! I’ve been supporting The Original Project in Memphis, Tennessee for over a year. They plant healthy, fresh fruits and vegetables to feed low-income communities for free. My cousin, Austin Avery, III, is the co-founder. Helping the homeless and the hungry is my greatest passion.

With a strong background in voice acting, I see myself as a Voice Director for a major studio like Disney.

Family Ties by Baby Keem and Kendrick Lamar because it’s a fire 5-minute song. Keem is new to the rapping game and he brings it in a major way.

I think it’s a great way to connect with friends, family and fans. Sadly, many people take it too far.

Quote: “Put God First” (Denzel Washington) and “Give them their flowers while they’re still alive.” (Unknown)

Tv Series: Mandalorian on Disney +, Arcane on Netflix and Invincible on Amazon Prime