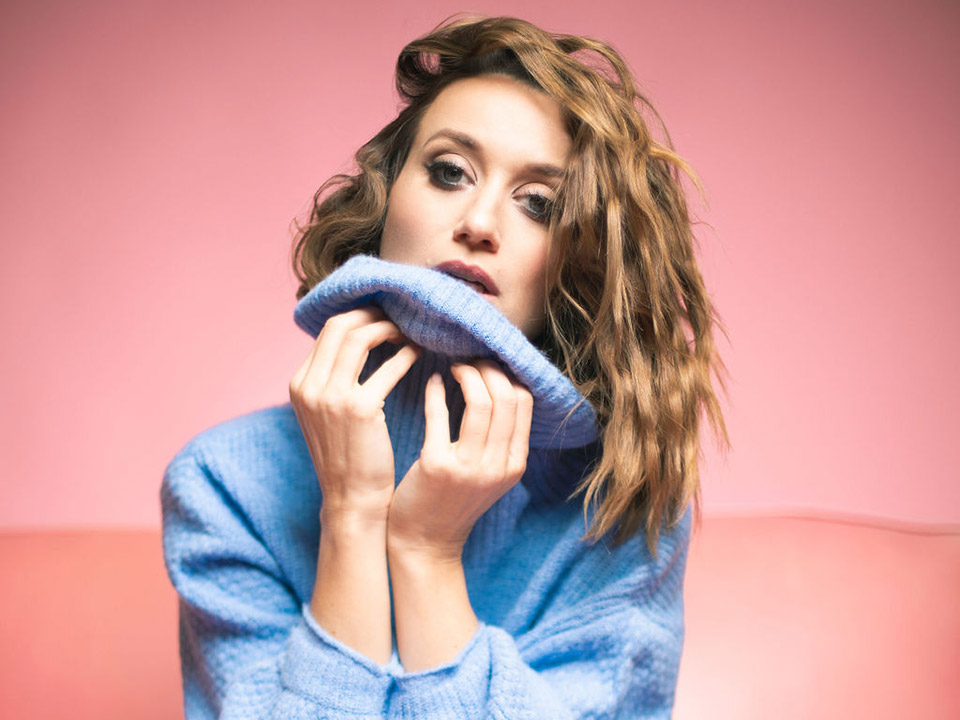 Chilling Adventures of Sabrina reimagines the origin and adventures of Sabrina the Teenage Witch as a dark coming-of-age story that traffics in horror, the occult and, of course, witchcraft. Part Three finds Sabrina reeling from the harrowing events of Part Two. Though she defeated her father Lucifer, the Dark Lord remains trapped within the human prison of her beloved boyfriend, Nicholas Scratch. Sabrina can’t live with herself, knowing that Nick made the ultimate sacrifice and is suffering, burning in Hell under Madam Satan’s watchful eye. So with an assist from her mortal friends, “The Fright Club” (consisting of Harvey, Rosalind, and Theo), Sabrina makes it her mission to free him from eternal damnation and bring him back into her arms. However, the Dark Lord’s unseating has sent shockwaves through the realms—and, with no on the throne, Sabrina must assume the title of “Queen” to defend it against a challenger, the handsome Prince of Hell Caliban.

Lucie is also a talented writer, director and producer who was named one of the Top Ten Filmmakers to Watch in 2017 by Independent Magazine. She recently directed a feature-length romance which she co-wrote called LOVE AT FIRST FLIGHT and a rom-com entitled FOR YOU, WITH LOVE. 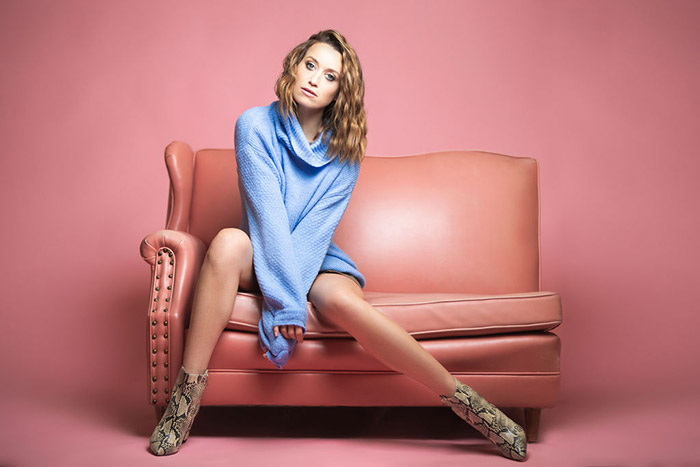 Hi Lucie, please tell us a little about you?

Hello! I’m currently in a coffee shop eating a vegan double chocolate brownie looking at the snow-capped mountains of Vancouver and wishing I could put a spell on the weather to make it summer already!!! I’m not a fan of cold weather. And I love carbs! And I’m an actor, director and writer.

I always knew it was something I wanted to do. We moved around a lot growing up and drama class was the fastest way for me to make new friends. I also improvised on stage during a musical number of the Grapevine Connection in the 5th grade and I felt the high from the audience’s laughter and I was hooked.

Tell us about your work in Netflix Original series “Chilling Adventures of Sabrina? And about your role as Circe?

Circe is one of the pagans and is part of the mysterious carnival that rolls into town to stir up some trouble. Circe is an old Goddess. She is a layered and “other-worldly” character with old magic and rituals. I believe she was inspired by the Greek mythology of Circe who was known for turning men into pigs. It was fun to do research for this character because she has so many layers. I definitely went down a YouTube rabbit hole of anything from palm reading to Pagan witches to Greek mythology.

What is the feeling to be named one of the Top Ten Filmmakers to Watch?

So amazing! My short film Never Better – A Closure Comedy got a lot of recognition and it won some awards. It was a passion project and everyone was working on it as a labor of love. We could not afford to pay anyone too much so it was nice to have it do so well in the festival circuit.

If you have to choose in order, what goes first?

Actor, director, writer. Producing is a by product of trying to get my own content made but not my top three.

I’m currently writing an indie comedy and getting ready to direct another movie soon. 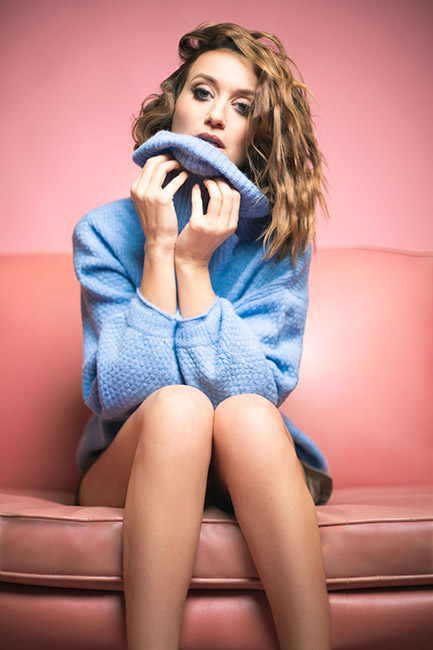 Feeling like you’re a part of a village making a creative idea come to life. The friends you make when you’re working long hours together so closely. Creating a space to have my peers’ talent shine.

Coco whip! That’s healthy right?!? If not, I love the White Water Cooks recipe for a glory bowl!

I feel like if it were up to me I would wear the same three things all the time. When I’m on a vaccay my vibe is boho-chic but city me goes for more comfort and classy with a little edge.

Hmmm. An amalgamation of a couple friends described me as brilliant and intense, sensitive and hilarious. A person who has strong values and lives with a lot of integrity, but underneath has an alluring and raw vulnerability. Wicked smart, bright, imaginative, foxy rom-com hustler!!

More of all of the things! Writing another rom-com and working on a passion project which I hope to direct in the summer as well as some more acting projects.

I live in a place that has a lot of rain…so happiness is when the sun is shining and I am surrounded by people I love.

It always changes – maybe because I wear so many different hats.

Perfect Sunday is going on a hike in the early morning and then having brunch with friends.

Maharishi – he’s a meditation teacher from India and was famously known as The Beatles guru.

You can do anything you put your mind to.

My bed – I love sleep. Pizza and chocolate.

Ohh I love a good play list. I can’t pick a fav. I listen to music depending on my mood. Right now I’m listening to At Last by Etta James. It’s the perfect song drinking tea curled up on the couch and unwinding.

Anything from Leon Bridges.

It’s an amazing tool for procrastination!! And I need to put a timer on it when I’m writing but I love that it’s a direct way to connect with people and share projects that I’m working on—I also love following vegan foodies for dinner and recipe ideas.

Quote: “the purpose of life is the expansion of happiness” – Maharishi