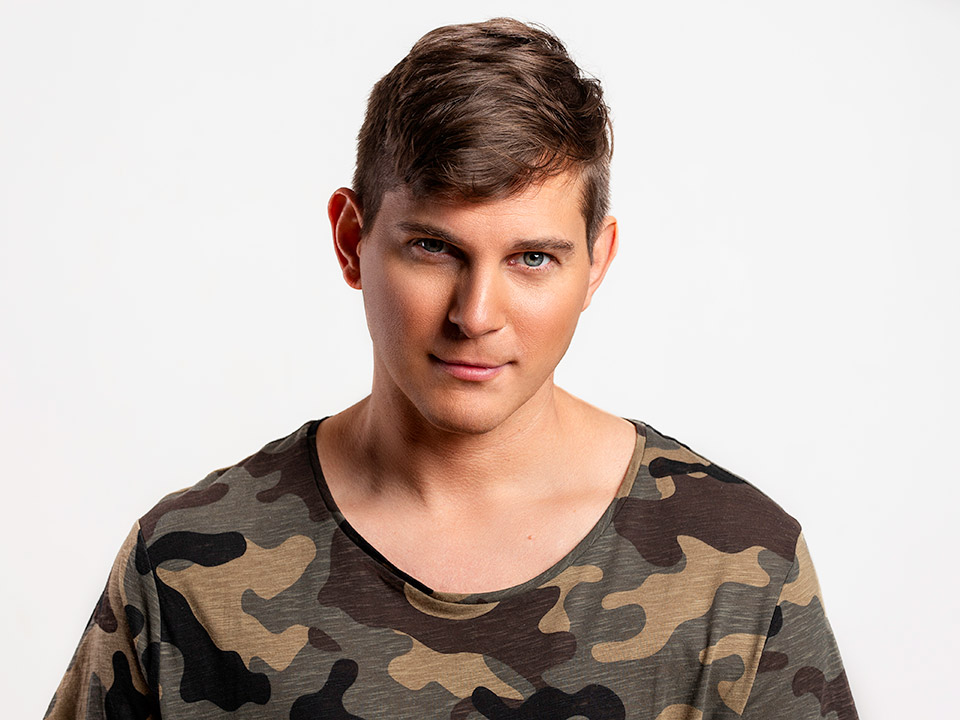 Check out our interview with Choreographer, Creative Director and Producer Paul Becker.

Paul started dancing at age of 16. He was inspired to choreograph while filming Chicago alongside famed director Rob Marshall. At 19 he choreographed his first film and was quickly catapulted to acclaim and began developing epic stage productions for The Jonas Brothers, Miley Cyrus, Ciara, Kanye West and many others. He quickly became one of the most sought-after choreographers and directors in the industry as well as the protege and creative partner of famed director Kenny Ortega. His body of work includes over 300 films and TV shows including Ralph Breaks the Internet, Deadpool 2, The Kissing Booth 1, 2, 3, Riverdale, American Horror Story, and countless other hits.

Paul’s successful partnership with Disney began after he choreographed The Muppets: Wizard of Oz and was solidified with such films as Adventures in Babysitting with Sabrina Carpenter along with the phenomenally successful musical franchise Descendants in which he and Ortega teamed up to create a YouTube breaking moment recording billions of views. A two-time World Choreography Award Nominee, Paul is a 2021 MTV Award Winner for “Best Musical Number” for his work on the Netflix series Julie and the Phantoms. He has also served as the producer and creative director for Canada’s Got Talent as well as a judge and choreographer of So You Think You Can Dance Canada and a choreographer on Dancing with the Stars. Paul directed and choreographed the closing ceremonies of the illustrious Pan Am Games and together with Ortega he produced Parade Across America, the Inaugural Celebration for President Joe Biden. In addition, Paul is the series choreographer for the Netflix series Ivy and Bean as well as The Last of Us for HBO. 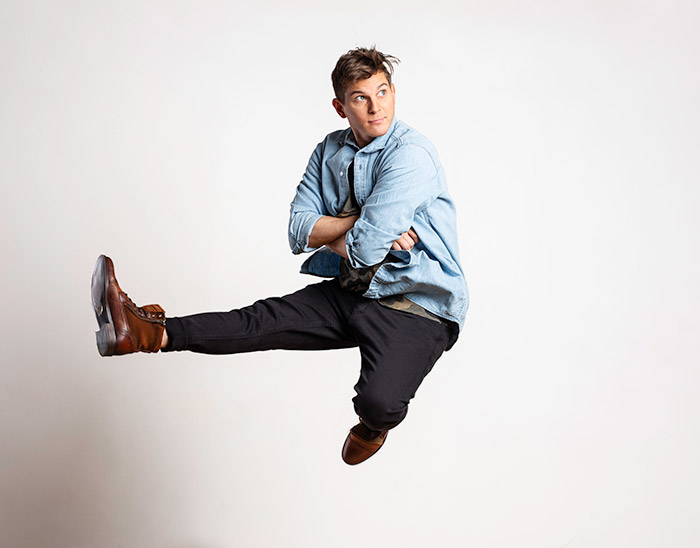 How did you get started in your career?

I started dancing at the age of 12 as a boy. I was encourages to take a dance class from two girls. I tried it, and the rest was history. I then took every class. My teacher Kim Breiland in Victoria Bc really taught me the ropes of dance is not just a craft, but it is a business. With that base, it gave me no fear. I got an agent and started knocking on doors.

How did you got involved in working with big names in the industry like The Jonas Brothers, Miley Cyrus, Ciara, Kanye West to name a few?

Each one of those is a different story. Most of my work came from word of mouth. When you do a good job on one project, people talk and it sometimes leads to the next.

How is working with big name artists as a choreographer?

Working with big name artist can be a fun ride, it all depends on if the artist is willing to collaborate and surrender to the process. Trust is a huge thing, and if that artist doesn’t trust you, it is never going to be a good outcome.

Which celebrities would you like to work/produce with in the future?

I really don’t look at it about which “famous celebrity” I could work with. The word celebrity, I do not care about. I look at the person as a human being, and see if their message aligns with something that I want to support, and then I see how they are as an artist. Those are the factors I investigate before working with a new artist.

Yes…besides working hard at your craft and refining your talent and gifts….You need to know that this is a business. Treat yourself like a business. Be polite, kind, respectful, compassionate to everyone around you.

Whenever I have free time, I love to eat and go to the movies. I always go alone to the theater. It doesn’t really matter what the movie is because I love to see all of them.

Well I have a few projects that I am developing, but currently I am choreographing “Ivy and Bean” for Netflix, based on the popular Children’s book, as well as “The Last of Us” for Sony and HBO, based on the video game.

Who is your celebrity crush?

Ohh that is a hard one because my job consists of me working with celebrities. I can’t say that I actually have one. I could name many actresses whom are stunning on the outside. That’s one thing. But I tend to crush after meeting and knowing that person more. At this moment a celebrity crush doesn’t exist for me.

I would say that I admire the talent and gifts of many actors. The few that come to mind are Robert Knepper because of his ability to absolutely transform…plus he is a good human being. Shirley Maclaine is such a gifted actress, and an ability to just make it effortless…such a multi talented woman. Tyler Perry is someone whom I think is pretty cool because he gives back and helps so many people. That to me is better than any performance.

My definition of Happiness is living in the present. It’s hard to get there…but I’m working on it.

The art of War by Sun Tzu

This is a tough question. I don’t know. I am just happy and blessed that I have had the opportunities that I have had. I do not take them for granted. I hope to be directing and producing and writing more. I am putting lots of energy into that, and what I have learned is, when you put energy into things that you love, doors open.

My idea of a perfect Sunday is being with family and good friends.

Ehh…I love SUSHI. I could eat sushi every day.

I could eat chocolate chip cookies EVERY DAY!. I have such a sweet tooth.

What are your goals/dreams for the future?

My goals and dreams for the future are to keep improving myself. Acting with compassion. Helping others. And being a good father. As far as career, I plan to direct, write and produce more.

I love all styles of music. With the nature of my work, I am not pinned down to only one genre. I am influenced from rap, to country, to world, to classical.

I support the American Cancer Society. It is a great resource for those fighting cancer. It’s a charity that is close to my heart. Visit here to donate.

I would describe my fashion style as anything at the Nike store lol. I’m too busy to think about what goes well together, so I just grab what’s on the mannequin. Lol.

Besides dancing what do you do to stay fit?

Well I love to go on hikes. I go alone a lot but when friends join me, it’s a great time too. I go to the gym too, but I can’t say that I love it.

Social media has turned into something that we can use for good or bad, lifting people up, or tearing people down. I choose to lift people up. The choice is yours.

Quote: Sometimes the best choreography and dances are created from making mistakes on the dance floor. Keep going, learn, apply, and make it the best you can.