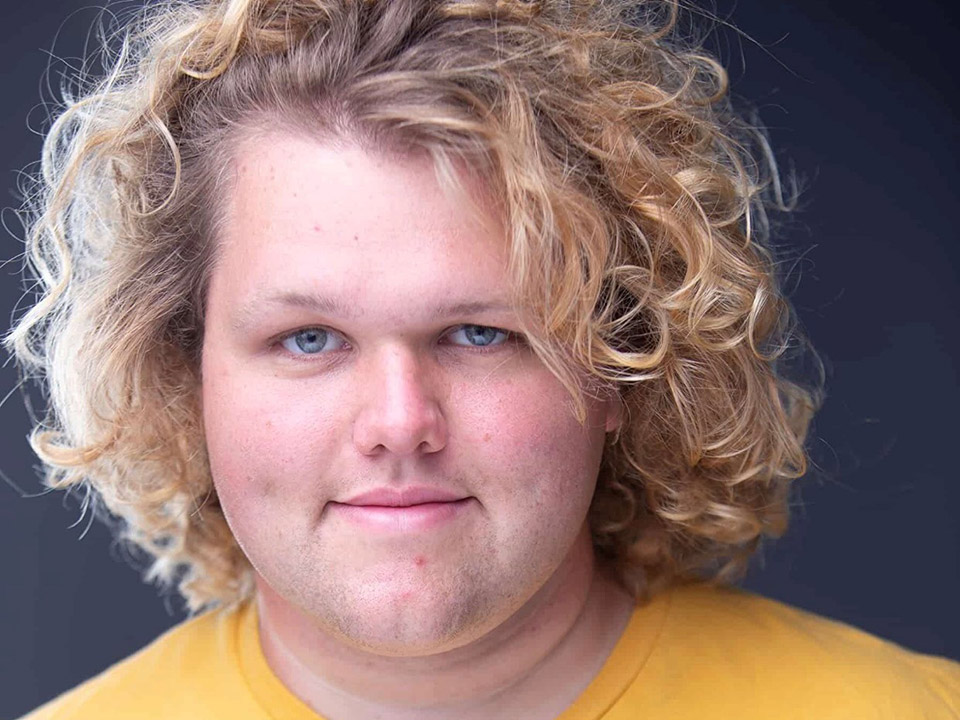 Check out our interview with “Cobra Kai” and “Skateshop” actor Bo Mitchell. 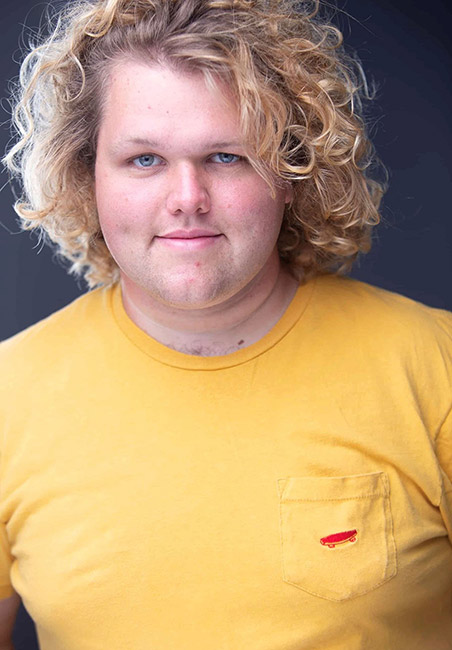 Hi Bo, please tell us a little about you?

I’m 25 years old, actor obviously, skateboarder, music lover, Entrepreneur, I have an amazing partner, family and friends. I’m trying to be the best human I can and have Phun. I’m a number 1 and triple Scorpio. Jack of all trades, wanna be edge-master aka renaissance man.

I think these questions are so interesting… anti-hero, conscientious, passionate.

I was discovered in a mall at 9 months old. Shot some small print ads in New York. My parents saw the opportunity and gave their energy to me in the pursuit of an acting career.

kind of weird to answer. I think about how different my life would be if that day we didn’t go to the mall haha. It’s not like I lived a normal life for 10-20 years ya know. I only spent one year in public school because I begged for it and wanted the experience, ironic I know. I was traveling for work too much as a child to have a traditional child life. I had a dog for a brother, made friends with kids on set and spent most birthdays working. I’m pretty happy I had an amazing family to support me. That’s a great privilege and blessing. I am so happy and have had so many great times I wouldn’t change a single thing even the most horrific times.

Bad news first; I feel like today’s industry is super focused on image over skill. I also think a lot of people have attitude and ego issues. This goes for extras first day on set all the way to the most experienced players. Biggest buzz kill on a set is the hierarchy of role status. Pretty lame and no one talks about this if they do it’s denial. Haha.

Good news; you get paid to travel, play pretend, and live a luscious life. I love making new friends on sets from the PAs to the cast anyone on set usually has an interesting story. I want all the homies! Best part for me right now is hearing that more provokes emotion whether it’s laughs or tears.

Tell us about your work in Netflix’s hit series “Cobra Kai?”

Cobra Kai is a sequel to the karate kid series and it follows Johnny and Daniel as adult men in a mid life crisis. It subsequently follows their new pupils as well. I play Brucks, a bully type, but there’s a lot more to him than that. This character is a slight ode to Dutch from karate kid.

Why do you think the series was with good numbers and then got the top show in US on Netflix?

I think it comes down to access. YouTube red was a new platform and didn’t have much viewers. Everyone has Netflix and the Karate kid is a house hold classic as well as being a cult film. So I think anyone who saw the original would be interested. Stage two, I believe we have family’s passing the original film and Cobra Kai the sequel on to their children. Finally I’d say we have such a loyal fandom from YouTube that they followed us and made sure to give a great 4th-5th total series rewatch in honor of us moving to Netflix. This foundation helped us quickly jump to top ten. Once you get there and we had the eyes on us it is a no brainer. The series is so well produced I think anyone could get a kick out the first few episodes at least. 😉 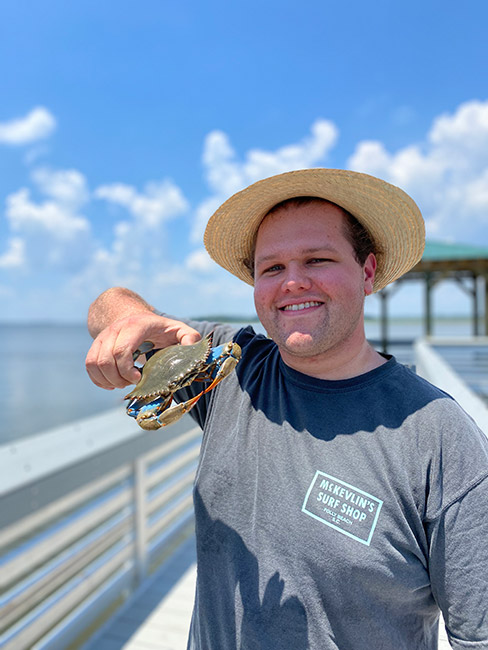 I go full method… just kidding haha. Honestly only went full method like twice. The best turn out from that was in dekalb elementary, a short film from 2018 we got Oscar nominated that year as best live action short. Go take a peak at that one. Great content. For this roll I studied the guy I was portraying spent hours a day playing at the entire film as if it was a theatrical play, used heavy sunscreen and wore long clothes to make my self very pale, grew out and dyed hair, also spent lots of time playing mind games trying to figure out this guy’s motives, life and mental issues, finally I took quite a lot of time perfecting his somewhat peerminant slumped face and would wear that in public to feel the judgment of looking different. Came out of this role a little depressed. It was tough.
Phew! Like I said I usually walk into the role and just go for it! Depending on what character is I’ll spend time with writers and directors building idiosyncrasies, style, speech, and other habits I’m pretty good at building out a character once you have this stuff figured you just gotta hop in the character and go for it!

Making people smile, laugh or bringing them into the present. Basically invoking feeling.

What’s next for Bo Mitchell in the last months of 2020?

What a year huh… Voting soon, camping trip with my skate crew @fianceskate gonna film mini-docu along the way, holidaze, feasting, working hard, self improvement, lots of love, enjoying time on earth and trying not to leave a mess.

Super heavy!!! Happiness is kind of dumb. America has made it a product and is capitalizing on it. We as citizens are constantly in pursuit of it. When you look at this perspective it’s kind of daunting. I think the illusive ideology of happiness is wild goose chase, gold pot at the end of the rainbow, total BS. Woo, got dark sorry, but I’m coming to a positive point here. A scientific or technical definition, happiness is essentially a state of euphoria induced by your brains on supply of drugs like endorphins that stems from something positive, good or exciting. All constructs that your nature or nurture has given you. Now that I’ve given this pessimistic and pretentious explanation of “Happiness” let me tell my own definition. Happiness to me is: enjoying life and the little things, loving yourself and others like yourself, being present or in a flow state, and fellowship of loved ones. You create your own reality.

Considering I could spend a significant amount of time with the person… Jesus, that dude was on a wild one! Trying to figure what was really happening back then. I’m pretty sure he was super woke/ a genius. Cleopatra would be a close second. Again she lived a wild life I’ve heard. I think Egypt in that era would be astounding to witness it is the cradle of life after all. I’m really stoked on Kanye West, so working with him and learning would be awesome. He’s got so much in the works out there in Cody.

“if you stay ready you ain’t gotta get ready” – Pale

I support Homeforskateboarding.org, Saving the chained dogs, Askate, be a mentor, closet case thrift, and children with Hair loss to name a few.

Last time I got asked this question I was totally wrong about the outcome but let’s try again. Personally I want to own a house, possibly preparing for children, have grown the love and bonds shared with friends and family, and finally be at a 15-20% level of body fat!

Favorite song is super hard to pick one. Gonna say Tin Man by future islands
That song just punches you in the gut. The band also has a sweet spot in my heart. Their music makes me think of my homeland which is South Carolina, particularly the low country.

I’m really enjoying follow me/faith by Sunday service choir. The duality of Chicago house music becoming gospel music is mind blowing on so many levels. Also the talent behind that music is so apparent it’s modern day Mozart.

Hard hitting questions, haha. It’s kinda of the worst and best thing ever. I mean I look at the internet as a truer Tower of Babel. You can make it a god tier tool in your arsenal or let it control you… “Great power comes with great responsibility” – Benjamin Parker

Here we go, literally just said something about this.

Not to be hypocritical but follow me on Instagram @blonde_ambition_mitchell. From there you can see all the stuff I’m doing. I have about ten other accounts I run that highlight certain facets of my life, so jump the train and I hope you enjoy the ride. 😉

Interview with Netflix’s “Made in Mexico” Hanna Jaff Bosdet