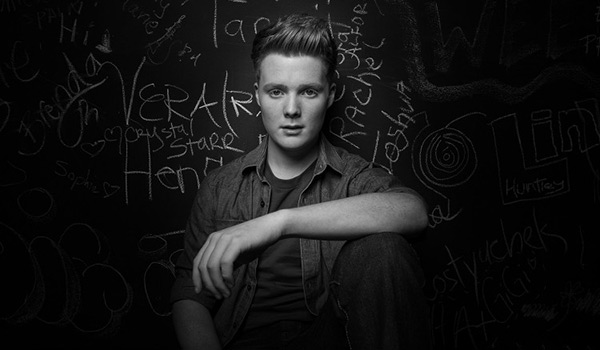 Colin began pursuing acting and music in 2011 at an AMTC showcase in Orlando, FL. His stage presence and outgoing personality led to his being signed for acting by Abrams Artists Agency in LA and manager Cinda Snow of Snow Entertainment. That led to a year stay in Los Angeles, CA where he took extensive acting classes and went on many auditions, booking several small roles along the way, the highlight of which was a featured non-speaking role on ABC’s Modern Family as Magritte’s living ” Man and the Apple”. While in LA, Colin wrote and recorded his first three original songs, ”Wings”, ”I Bet” and “Linger” with Producer, Anthony Mazza.

Check out what Kings of A&R say about Colin Huntley here.

Colin returned to Texas in 2012 and began working with Grammy winning Producer Randy Miller to complete his first EP “ECLECTIC”. That was followed up in 2013 by a collaboration with Co-Writer/Producer Keith Follese in Nashville, on four new songs released as a second EP “Best I Never Had“. Accompanying the second EP was a first official music video for title track “Best I Never Had“. The video was produced and directed by Nayip Ramos in LA and has been well received with over 300,000 YouTube views and counting. Colin is currently recording new original songs for a 3rd EP with Producer Matt Noveskey (Bassist for Blue October) at Orb Studios in Austin TX. In July, 2014 Colin was one of 30 nationally screened performers to perform live on primetime television on the season premier of ABC’s Rising Star. Tell us a little about you!

Well I’m a singer/songwriter/guitar player from Austin Texas! Music is my choice form of communication, and I’m spending my youth on having the opportunity to do it every night for the rest of my life.

What is the first thing the upcoming songwriters should do to make it?

I’ve had a lot of advice given to me over the years about songwriting, and there’s definitely good tips here and there, but honestly, the way to improve your songwriting is to do it all the time, and constantly absorb new material. When I was on Rising Star, one of the contestants who actually won the show, gave me some advice on my way out. He told me to constantly listen to new music, and take it in. That really stuck with me, and has had a big impact on what I’ve written since.

What is your musical background? Do you have a musical family or did you just fall into songwriting all on your own?

My grandfather played blues piano for his entire life. It was his job, and he was a pro! I was fortunate enough to see him play in his home studio a couple of times. He truly was incredible! Other than that, my dad has always played a little guitar, and he’s actually pretty good on it. He doesn’t play as much as he should though. Haha.

Any favorite books or previous mentors you’d like to talk about?

I’ve had some great mentors in the last few years. My voice teacher, Gene Raymond has been a huge inspiration to me as a person and as a singer/songwriter. He is an unbelievably smart guy, and I have enormous respect for him. More recently, I’ve been working with Matt Noveskey from the band Blue October. He’s one of the kindest, most easy to work with people I’ve ever met. He also just has so much experience and knowledge. It’s so amazing to learn from him as much as I am able to. I’ve never had much trouble with nerves. The only time I’m nervous is when I’m not on stage. I tend to feel much more comfortable when I’m on the stage, because I’m doing what I’m good at. I’m playing music. I feel in control in that moment, like I’m in my element. It’s much more comfortable for me to be there, than at a party.

How good does a demo have to be?

I think everything you put out there needs to be the highest quality possible. You want to put only your best foot forward at all times.

Where do you draw inspiration from when you write songs and what’s your favorite part about the proccess?

I draw my inspiration from experiences and feelings. Sometimes I’ll go through something that has an affect on me, and I’ll write a song about it. And the other half of the time, I’ll just have a feeling in me that I’m struggling with or loving, and I’ll find a way to put out on something tangible, like a piece of paper and a melody. My favorite part is when the song is finished, and you play it through the first time… In that moment, you get to experience all the fresh emotions. It’s so rewarding to finish the song. Emotions are hard to reign in, but a song means you did reign them in.

If you could go open up for any artist on tour right now who would it be?

I would love to open for OneRepublic. I absolutely love their music, and got to see one of their shows not too long ago. Not only would it be incredible to tour with them, and learn from them, but they have such a dedicated fan base that showed up early for the opening acts, and that would be so rewarding to see.

For our readers who have never heard your music, explain your sound in 3 words

There’s a John Mayer lyric that says “I believe that my life’s gonna see, the love I give return to me.” I live my life by that. As long as you continue to love those around you, regardless of if it is returned immediately, it will come back around to you in your course of life.

I don’t have a single song that I like to sing in the car the most, but I do have a certain type of song. When I’m in the car, I like to sing songs that are way too high for me to sing. It’s just fun to yell. Haha

If I was to turn on your ipod right now, what five artists/songs would I see on your recently played list?

John Mayer, Coldplay, Ed Sheeran, Jason Mraz, and Macklemore were the ones I saw.

Ten years from now you will be….

I’m hoping ten years from now, I’ve toured the world already, making my 4th or 5th album, helping out young artists, and really investing in making sure talented kids have the things they need to be successful and make a difference with their art. I also will hopefully have a family by then. That would be really cool.