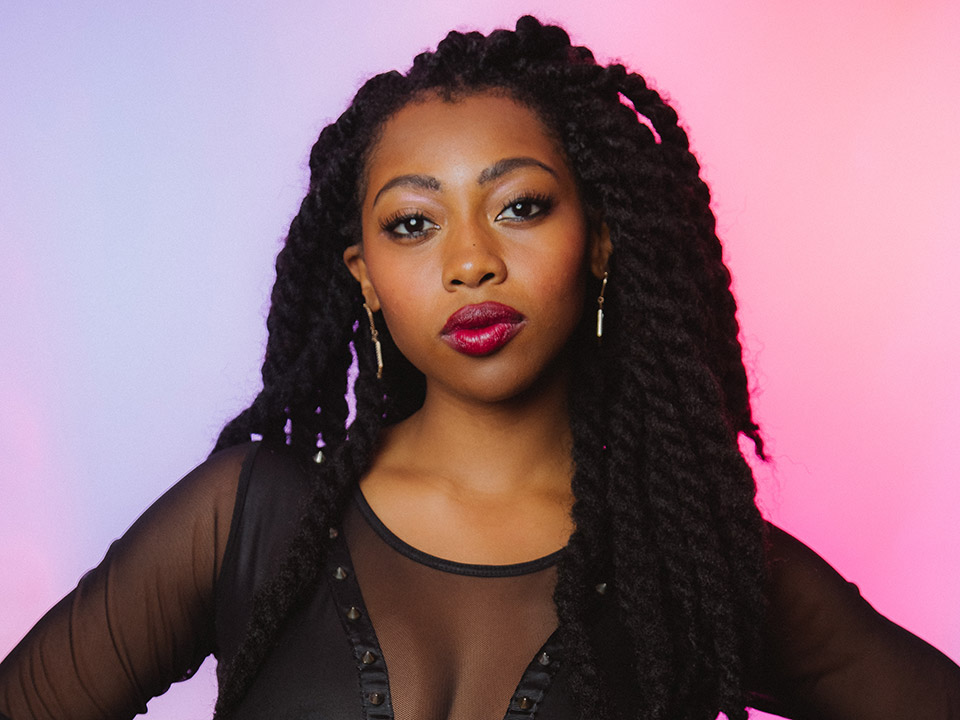 Shakira is one-fourth of the all black, female comedy troupe “Obama’s Other Daughters”. OOD is a special project with Comedy Central.

The project is a 3-part sketch comedy web series directed by Lucia Aniello of Broad City. The group has been getting a ton of buzz for their unique comedic perspective and was even mentioned by name on “Larry King Now” by fellow comedian and actor, Paul Downs.

Up next, Shakira will star opposite Ashton Sanders (Moonlight) in the Netflix Drama, “All Day and a Night” from revolutionary director, Joe Robert Cole (Co-writer of Black Panther). The film follows a young African American man who deals with the complicated circumstances that lead him to commit a homicide and the repercussions that ensue. Shakira plays “Shantaye”, the complicated love interest to Sander’s “Jah”. “She loves hard, but she’s also strong and she won’t be stepped on by anyone. She’s been through a lot for a young person, but she’s still able to see the cup as half full.” Shakira understands the importance of a film like “All Day and a Night”. “This movie shows us the importance of respecting the humanity of all people, because we all have a story”.

Hi Shakira, please tell us a little about you?

I like long walks on the beach under the new moon — JK walks are cool but really I’m a working actress, writer, producer and director in LA. I’m originally from Baltimore MD but I’ve been in LA for quite some time. I’m on a UCB house sketch team called “Duchess” and am on a comedy team called “Obama’s Other Daughters”. Some nights I’m Paris Hilton in 2004 and some nights I’m Amandla Steinberg marching with BLM. There are only a handful of multifaceted women thriving in this industry, but I’d like to be one of them.

Kind, Multi-Faceted and Down to Earth

My dad took me on my first audition when I was 1 years old. He basically planted the seed but it really grew once I got older. From dance classes in grade school to theatre camp to school plays. It just seemed to always be a part of my identity growing up.

Frenchy in Grease at the Arena Players was my first role with a name. 🙂

Worst part is auditioning all of the time and getting rejected a lot of it. I pour so much of myself into each audition so sometimes it hurts when I don’t get the job. Best part is when you get to work and get to live in a whole make-believe world. It’s fun!

Once when my acting teacher could feel my energy was off about my decision to become an actor she said. “You chose right, you picked right. So believe it!”

How did you started working in Comedy?

Originally I took an improv class in 2013/14 … I didn’t necessarily want to get into comedy I just wanted to try something new. I always enjoyed comedy but I was apprehensive and a little scared to put myself out there. But once I joined an indie improv team in 2015, there was no turning back. I was obsessed with it and just wanted to get as good as I could. The improv community gave me a home. A place to play make believe and make people laugh and I loved it.

Tell us about your project Obama’s Other Daughters?

Obama’s Other Daughters is a comedy troupe who’s full bio you can find on the Comedy Central page. ?? We’re currently working on a digital series with Comedy Central and so far our first sketch “Deez Thrones” is at a half a million views on Facebook/ YouTube. We have at least 2 more sketches being released this summer and a few other things I can’t speak on just yet. But follow us @obamasotherdaughters on Instagram and etc.

Now tell us about Netflix’s Drama “All Day and a Night?”

All day and a night is my upcoming movie with Ashton Sanders. In this film I play his girlfriend/ baby mama. It’s directed by the wonderful Joe Robert Cole who co-wrote Black Panther! They flew me to Oakland for a month and put me up in a cute house suite. This was my first project that I got to stay the night on location and it was a blast! Ashton is so talented and it was effortless to work with him. The story is about a young man who commits a homicide and we follow how he got to that point. We give a voice to the overlooked. People are dynamic and full of layers and I think people will feel that in this story.

When I shot “The Gambler”… in my scene Mark Wahlberg gives a speech to an auditorium size college class and in the middle of his speech he broke character and complimented me on my eyes in front of everyone. “You have some beautiful eyes!” Needless to say, I was floored.

I’ve had a ton of smaller roles from Modern Family to Criminal Minds. Also, I’ve written, directed and produced 3 of my own web series.

Regina King is the first person who comes to mind! I love her work in front of and behind the camera. She’s transferred into the mainstream now but I grew up with her in my household and I’ve always been inspired by her.

All kinds— Lana Del Rey & City Girls are my most spun tracks at the moment. But I love indie folk rock & chill R&B it just depends on my mood.

Champagne and brunch with a friend.

Everyday is sooo different. If I don’t have any auditions or shoots. I usually take a classpass class in the am and get a writing sesh in. 2-3 days out of the week I have some sort of rehearsal or meeting with my UCB house team and/or Obama’s Other Daughters.

Happiness is something you decide on and work at… I meditate and go to comedy shows for daily happiness. But pure bliss for me would be uninhibited money and time to travel the world with a lover.

Rihanna … I’m a fan girl and I’d love to grab drinks and just be her friend.

Doctors Order Green Juice from Whole Foods… I drink them every other day. Lol

No food is a cheat when you aren’t on an extreme diet. I eat healthy but I also eat what I enjoy … but I guess if I had to pick, I’d say cupcakes/ sweet treats in general.

I donate to planned parenthood

Quote: “The most important thing is to enjoy your life— to be happy. It’s all that matters”

Sports Team: LA Kings (I don’t really support football as an institution but the Baltimore Ravens will always have my heart.

Movie: Requiem for a Dream

Interview with “Astrid & Lilly Save the World” actress Samantha Aucoin