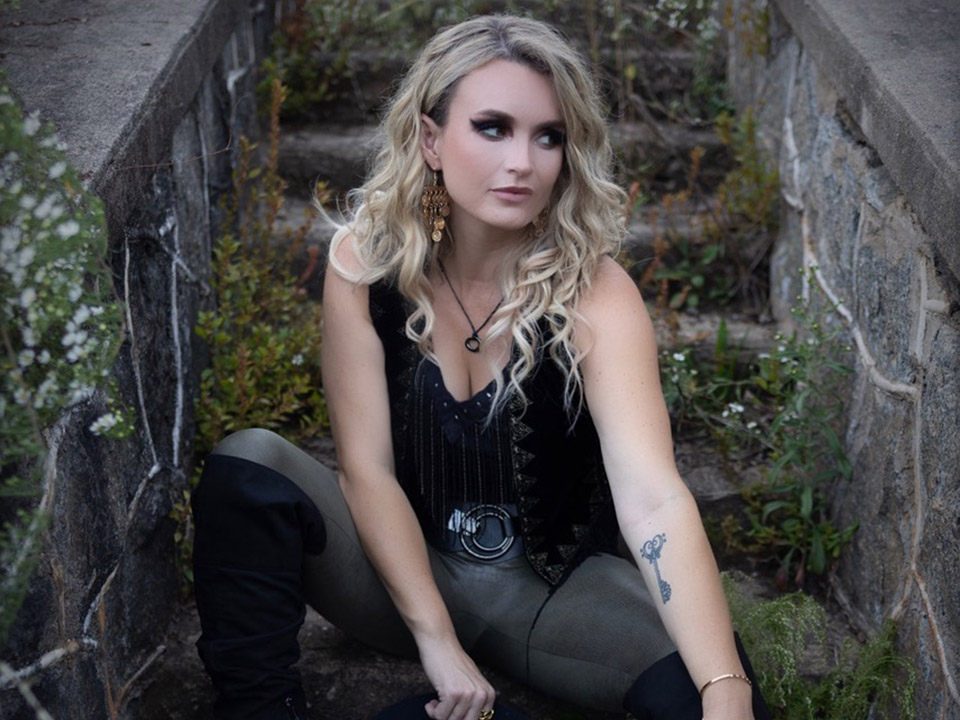 Check out our interview with Jennifer Lauren, lead singer and songbird of 2019 Carolina Music Award Band of the Year DIAMONDS AND WHISKEY. The band’s new anthemic, barnstorming country rocker single “Walk Hard” is out now!

“Walk Hard” is a classic song of a cheater meshed with a devastatingly honest perspective. The track delves into the baggage we drag around from past relationships to a new one, punishing our new partner for mistakes made in years gone by. Brutally sincere!

Diamonds and Whiskey is a combination of barroom beauty, backwoods danger, beauty queen and hell raiser alike. Jennifer Lauren soars on this dynamite lit country rocker tune which is produced and recorded by legendary producer, Eddie Z at The Vault studios, North Carolina.

Music has always been such a big part of who I am. I began playing piano at 4 and singing not long after, but to answer this question, I’ll skip ahead to later in life. I was very sick with Lyme disease and it had taken a physical and emotional toll on my body and mind. I thought playing music would be therapy for me. So, I began playing with some other musicians. It was only supposed to be for fun, but I found therapy in writing music as well, and before I knew it, I was recording songs I had written and playing those songs in front of audiences.

It has changed everything about my life…from the people I spend time with to my I’ve always been career driven, and I still am, but my focus has shifted to making music my career. I’ve traveled the country over the past few years, playing music on some pretty big stages. Something I had only dreamed of before founding this band. We’ve only been playing for a few short years, but it’s been an incredible journey already full of amazing memories.

I think I may have answered this above without meaning to. I’ve treated this like a business from the beginning. My passion is music, but I’ve tried to grow this like I would any other business, taking some unconventional approaches to growth. While many bands book as many gigs as possible and play every chance they get, I worked my day job really hard to pay for my album, marketing, and promotion. My band rehearsed religiously for a year before we played our first show. All the while, I built our social media presence. We created a different sound that still has mainstream sensibility, and I began trying to book gigs on bigger stages even if we had to play for free. And we did. I paid my band, but we played for free as long as we could get visibility. It worked. People go to see a show, not just to hear a show, so I wanted to create something visually compelling as well, something people wouldn’t forget. And here we are a few years later, just wrapping up our summer tour, which saw us open for major acts and play on large festival and fair stages. I’m really proud of how far we’ve come.

My memaw and my daddy. My memaw would play piano and sing quite often when I was at my grandparents house. I grew up without TV or radio, so I didn’t really have a lot of influence outside of family. But at a very young age, I started playing piano because she played. I could play back melodies I’d heard, so I learned to play by ear. My dad also had an incredible voice. He played guitar and piano; however, he lost his right arm in an accident before I was born, so I only got to hear him play piano with one hand. He was quite good though! 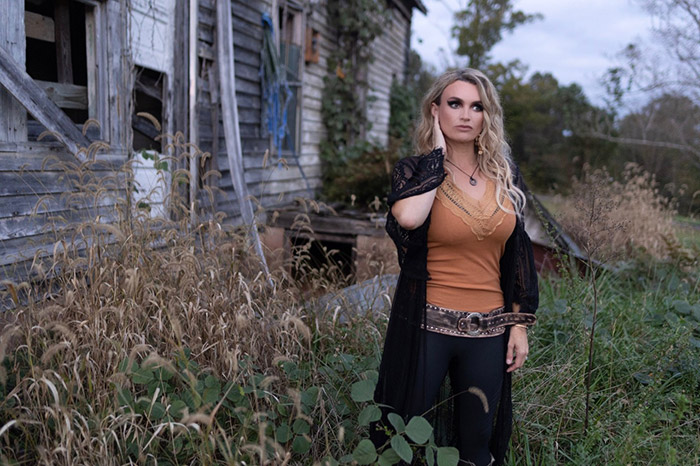 Oh yes. I still do, though it goes away quickly after I sing the first note.

Tell us about your new single “Walk Hard?”

Walk Hard tells the story of a woman scorned by a cheating man, but is really about how she cannot learn to trust again, so she makes her next partner pay for things that he did not do. The hook is ‘Walk Hard on down that line, because my heart is still doing time. ’Often times, we drag our baggage into the next relationship, expecting someone to pick up the pieces when they’ve not done anything wrong.

All of my songs are stories from my life, and this one is no different. I was left heartbroken by a man, and later, when I began a new relationship, I realized I had trust issues from what had happened before. It’s something most of us probably do.

The connection with people through my music! It’s by far my favorite part of this! Fans message or leave comments about songs that mean something to them quite often. That’s the best!

The Power of Letting Go

Treat others the way you want to be treated without expecting the same in return. Do this regardless of how you’re treated. I think this is the most important thing I’ve learned in my life.

She would say that I’m a persistent, resilient, unorganized mess. LOL.

It would be the title of my first album. ‘Heartbreak Queen’. My first album consisted of the first 10 songs I ever wrote, stories from my life…of heartbreak and hearts I’ve broken. The title had dual meaning. My heart has withstood so much but I also have broken my fair share of hearts.

What’s next for Diamonds and Whiskey and Jennifer Lauren in the last months of 2021?

We are planning to release another single off of our upcoming album ‘Blonde Ambition’. We are also shooting the video for ‘Walk Hard’, and preparing for tour in the Spring of 2022. I continue to write and am already planning for album #3

Ha! I’m not sure I have one! My eating habits are not so awesome!

Is it cheating if you don’t eat very healthy all the time?

I actually just wrote a song about this, because I seem to be confused about my style. One day I’m in jeans and boots, and the next I’m wearing designer dresses and heels. I love wildly extravagant make up, but I’m also very happy wearing no makeup at all. I definitely have different personalities depending on the day of the week, and that comes out very much in how I dress.

Seeing my children happy…that is pure happiness to me.

Dolly Parton. Her Character is exemplary. I truly think she is an incredible person. Not because she’s so talented, but because of her character.

Be Authentically You no matter what.

Yes. St. Judes and the March of Dimes in particular. Both of my children were Preemies. My son was 1 pound and my daughter was 2 pounds 13 oz. My firstborn has had multiple surgeries and had a tracheotomy for 10 years, as well as a feeding tube. Children deserve every opportunity to flourish and live life to the fullest.

Hopefully being the best mother I can possibly be.

Push-Matchbox Twenty. I don’t think a more perfect song could have been written to describe how I felt much of my life when I was younger. Tori Amos’ ‘Silent all these years’ is a close second.

I think it’s amazing that people can easily connect, but I’m not a fan. Instant gratification has become an issue in society. We don’t appreciate things the way we used to and young people don’t acquire social skills because of the internet and social media. We are so caught up in our phones and computers that we often aren’t paying attention to the people right in front of us.

We are also on Spotify, Youtube, Apple Music, and pretty much every platform available.

Interview with model, typewriting poet, and co-founder of the Model’s Bill...