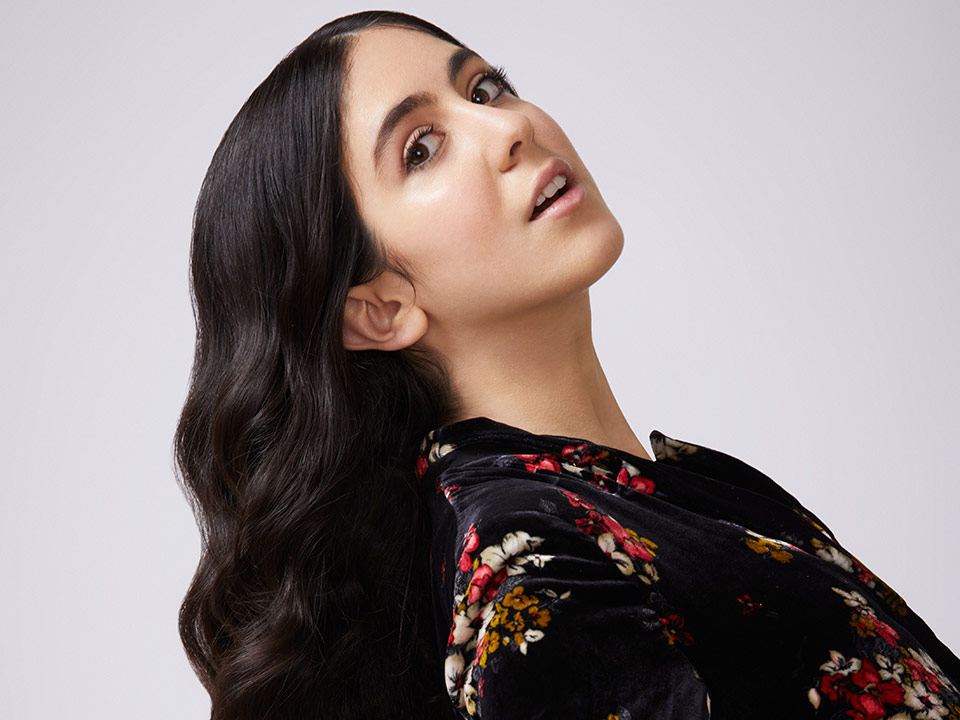 Check out our interview with up and coming actress Sascha Nastasi who shines in Disney+ film “Black Beauty” starring Kate Winslet and Mackenzie Foy. Based on the classic American novel of the same name by author Anna Sewell, “Black Beauty” follows the story of a teenager who bonds with her family horse while grieving the loss of her parents. Sascha plays ‘Jennifer,’ a competitive and persnickety equestrian and the main antagonist to ‘Jo’ (Foy).

Sascha grew up in England studying ballet at The Royal Ballet School in London. She moved to Manhattan at 12-years-old where she transitioned to acting in stage productions such as Guys and Dolls, The Crucible, and Noises Off. She has appeared as the lead in the short film “Being and Nothingness,” opposite Cloris Leachman and Betsy Brandt. The film follows 16-year-old ‘Lola’ (Nastasi) who is forced to relocate to Casper, Wyoming with her anxious mother where she ends up falling for her eccentric grandmother’s ranch hand. Precocious Lola’s rich inner life doesn’t always align with reality. 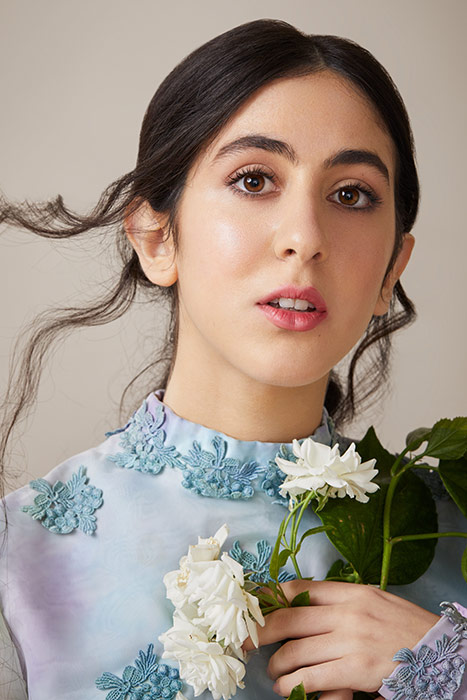 Hi Sascha, please tell us a little about you?

Hello! I’m Sascha Nastasi, and I am an actress. I have two dogs — Don Corleone and Malteaser. I live in New York City with my mom. I’m a senior in high school; I turned eighteen last month.

This is a very hard question. But I’ll do three separate words too. I answered this for college and said: passionate, pawky, and plucky. I hope that’s accurate.

I played ‘Adelaide’ in a very abridged version of Guys and Dolls in fifth grade. I’m not much of a singer, but I loved it. I had a blast and I think that caused the initial, more overt spark. At the time, I was dancing ballet pre-professionally. After an injury, I slowly phased out of it and started taking acting classes around age 13.

The best part is getting to do it, getting to work and being on a set or on a stage. For me, there is a childlike joy that comes from that, from “putting on” a character, from trying to be present in the circumstances of someone else. Not that it’s always that simple or straight forwardly fun, but sometimes it is. With self-taped auditions, I love struggling with something, experimenting, working hard on it and trying to imbue a character with life. The other best part of being an actress is definitely the people. I have met some of my favorite people ever on different projects, and I love the community of it, coming together to make something. The worst part? I’m just starting out so perhaps there are more “bad” parts to come but from what I have experienced so far, the worst part is frustration and overthinking or second guessing oneself and one’s auditions/performances. You know, I should have done this better, if only I had known that then, etc. I think that’s the worst part for me, or maybe not the worst but the hardest, letting go of something if I feel I could have put more into it or could have done a much better job if I was doing it now.

Tell us about your work in Disney+ film “Black Beauty?” And about your role as Jennifer?

I play ‘Jennifer’ in Black Beauty, who rides at the barn where ‘Jo’ and ‘John’ work and live. She’s a bit of an antagonist to ‘Jo,’ as she is jealous of her and they butt heads a bit. I had a ton of fun working on Black Beauty. We filmed in South Africa, and I was there for about a month of the shoot. It was a joyous experience from start to finish.

The first thing I ever did, after a short student film, was a campaign of seven commercials for Volkswagen’s 2017 “America” campaign. The commercials were about a family who go on a road trip after Grandpa (in relation to my character) dies — it’s his dying wish for his family to see the country. We filmed that all across the country: St. Louis, Monument Valley, Telluride, Marfa, San Francisco, a bunch of places. It was a pretty great first job. And I did two short films in 2019, one called Being and Nothingness which was directed by Ashley Avis (the director of Black Beauty) and also starred Cloris Leachman. The second is called The Long Way (directed by Katie Blair). We shot it in Missoula, Montana and I think it will start to play at festivals come 2021.

There are so many different kinds of roles I’d like to play. I like drama but I also like comedy — perhaps ideally I’d like a project which is a mix of both or something darkly comedic. I love Barry and I would love to play any character in that world. A character like either of the girls in Breathe (2014, dir. Melanie Laurent), would be awesome. I think that movie is so great. 3 Women is another favorite of mine. Sissy Spacek and Shelley DuVall are so good in it — I’d love to play a character like ‘Millie’ (Duvall) or ‘Pinky’ (Spacek) at some point. I’d love to play a historical figure in a period piece. I find a wide range of characters appealing and would love to stretch myself in as many ways as possible character wise.

I went to the source and asked one of my best friends. She said: “in any event: imaginative, loyal, and acerbic.”

I don’t know! We should ask her. Just kidding. I am auditioning and working on adapting a memoir into a TV show with its author. And I graduate high school in 2021. A lot of stuff is to be determined (as I would assume it is for many right now) but I’m excited. I feel optimistic.

My brother just told me to start pilates or yoga now, to prevent/combat future aches and pains. (Perhaps I’ll start yogalates.) I don’t know that that’s the best advice ever given. It’s not particularly profound but it’s applicable which I like. A lot of advice is hard to put into action or even to fully process, I think. You can like the sound of something, the idea of something, but not know what to do with it. So I like the yoga/pilates advice for its actionability.

I have strong thumbs! And I’m smart and resilient. I think those are two of my internal strengths.

Celery. I love it. In a salad or on its own. Avocado atop some celery is also wonderful.

Currently, it’s Phoebe Bridger’s cover of If We Make It Through December. It’s seasonal, and Phoebe’s voice is stunning and sort of haunting. I’ve also been really liking Suzanne by Leonard Cohen and Philomena by The Decembrists.

Quote: “It’s a small world, but I wouldn’t want to have to paint it.”
–Steven Wright

Sports Team: Arsenal FC. (I don’t usually watch sports but my brother loves Arsenal and soccer/football is the only sport I’ve ever really watched.)

Book: The Girls by Emma Cline and My Year of Rest and Relaxation by Ottessa Moshfegh.