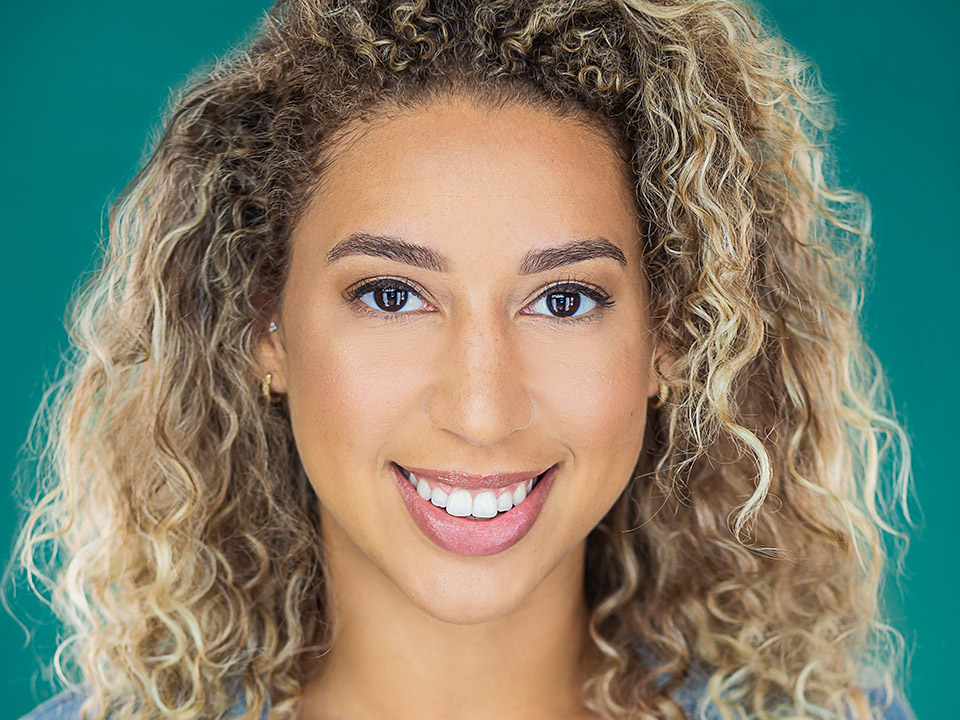 Check out our interview with Disney+ series “Big Shot” actress Deja Mattox. The show centers around a temperamental college basketball coach who gets fired from his job and must take a teaching and coaching job at an elite all-girls private high school. Deja plays the role of Savannah.

Although “Big Shot” is Deja’s breakout role, she isn’t new to the entertainment industry. Deja first entered the limelight playing basketball for Indiana State University. From there, she played professionally overseas in Luxembourg, Lithuania and Maldives. 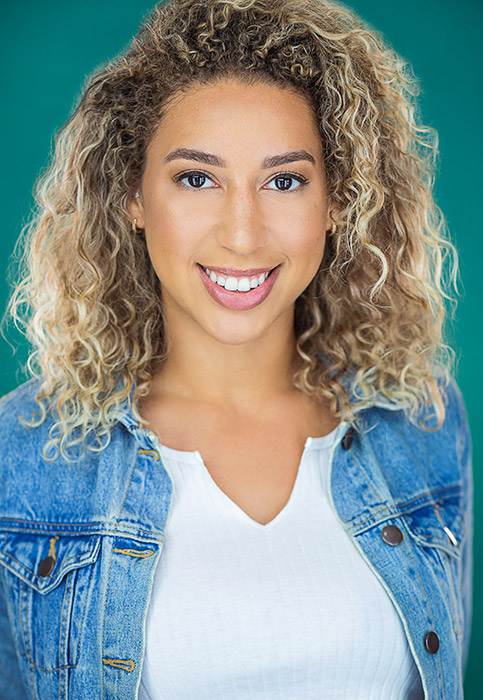 Hi Deja, please tell us a little about you?

Hello! I am originally from Indiana but I’ve lived in California for almost six years. I can’t believe how much I don’t miss the snow! I played professional basketball overseas in three countries. I have been pursuing acting and it’s given me the competitive drive that basketball did.

When I was little my parents got me into a few commercials because it was what my older brother was pursuing. I was super shy and thought that I wanted to express myself another way and sports was what I ended up focusing on first. It was crazy looking back and realizing the opportunities that were available then but I just wasn’t into it at the time but acting circled back around as an adult and I love it.

It changed my life because it has allowed me to live out my dreams in so many different ways. People don’t understand the struggle of playing overseas where you don’t know anyone. Sometimes the coaches don’t even speak English and the reality is that you can get sent home at any time if you don’t perform at the right standard. Acting has changed my life because I literally quit my job and moved to LA to chase a dream. So many people can relate but it’s not easy leaving behind your loved ones to pursue a career that not many people have seen you even do. It’s a rollercoaster ride!

I would say that the best part is getting booked!!! It feels like hitting a game winner. When you know that so many people want that one gig and you got it. The worst part, of course, is hearing “no” but also with that is the feeling that you could have done better and spending time thinking what you should have done instead. That’s not fun at all.

Tell us about your work in Disney+ series “Big Shot?”

Big Shot is an exciting show about a coach for a college men’s basketball team getting fired for his attitude and being forced to instead coach a private high school girls team to save face and his career. I play Savannah Gibson who is one of the basketball players on an opposing team. It’s a family show that really touches on so many topics that so many people can relate to.

And about your role as Savannah?

She comes from a strict household who want only the best for her. She’s used to being a little spoiled and is extremely talented on the court. Throughout the season there’s more that comes to light on who she is!

I prepare with one of my close friends who is an acting coach. We break everything down and go through every detail of who, what, where, when and why. Repeating everything and practicing the lines isn’t all there is for preparing. I also had to fine tune some things on the court because some of it was filmed during the pandemic when gyms were closed.

Big Shot is the first major project I’ve done. Over the pandemic I did a commercial with Tiffany Haddish and I’m currently working with a brand for a shoe launch that comes out soon.

I’d love to play an action hero! I honestly think that started in one of my acting classes and ever since then I’ve totally pictured it happening. Just fighting crime and taking names. I’d love it.

I feel that just watching people’s reactions when they see you on a show is the most rewarding feeling. People don’t see the work you put in but they do see the result and it’s my favorite part seeing someone else’s reaction to what I’ve worked on.

I learned that it doesn’t define me and that there is always more ahead to look forward to.

My advice is to never give up! You never know what could happen and you have to stay ready in case your opportunity presents itself. It’s truly amazing how things can unfold sometimes when you really believe in yourself.

Always have thick skin. People will try to tear you apart if you let them. If you believe in yourself then they have absolutely zero power. Hearing a no doesn’t mean it’s the end, because it could be the beginning of something bigger when you walk out the door.

She would say I am a handful of random fun moments! She is the most supportive person and she’s known me forever so it would probably be that I am very selfless and full of love. I work my butt off and I overthink but at the end of the day I don’t stop until I get to my destination.

Next would hopefully be me either in a uniform or me playing that superhero!

I’m super tomboyish but a splash of girly so I’d have to stick with sporty! I love dresses but I love to wear sneakers more so it’s a tough situation.

Feeling grateful. I don’t think you can truly be happy if you aren’t super grateful for something or someone in your life. Everyone is different but I’m happy when I’m surrounded by love and when the sun is shining.

Michael Jordan because he’s the best to ever do it and my dad is his biggest fan so it’s a must.

If it was easy, everyone would be doing it. -My Dad. It motivates me so much every time because it is so true.

Yes, Love 146 is my favorite charity that I support. I partnered with them for a charity games I played in and each basket I scored people donated a set amount. It was awesome!

I see myself happy and staring in a major motion picture!

My favorite song is Coastline by Preme because it’s just a smooth song and I’ve been playing it on repeat but still can’t figure out why.

It’s a great thing but it can mentally discourage people comparing themselves to complete strangers. I think having balance in everything is good. I try not to be on social media too much and that’s why I don’t have a TikTok or Twitter. I love instagram because it allows you to stay connected to everyone in the world but I have seen some influencers go through some tough times due to negative comments or feedback. I know our communication skills have suffered a little more in person because of social media. Overall I try not to think about it too much though because some lives have changed from social media.

Tv Series: On My Block