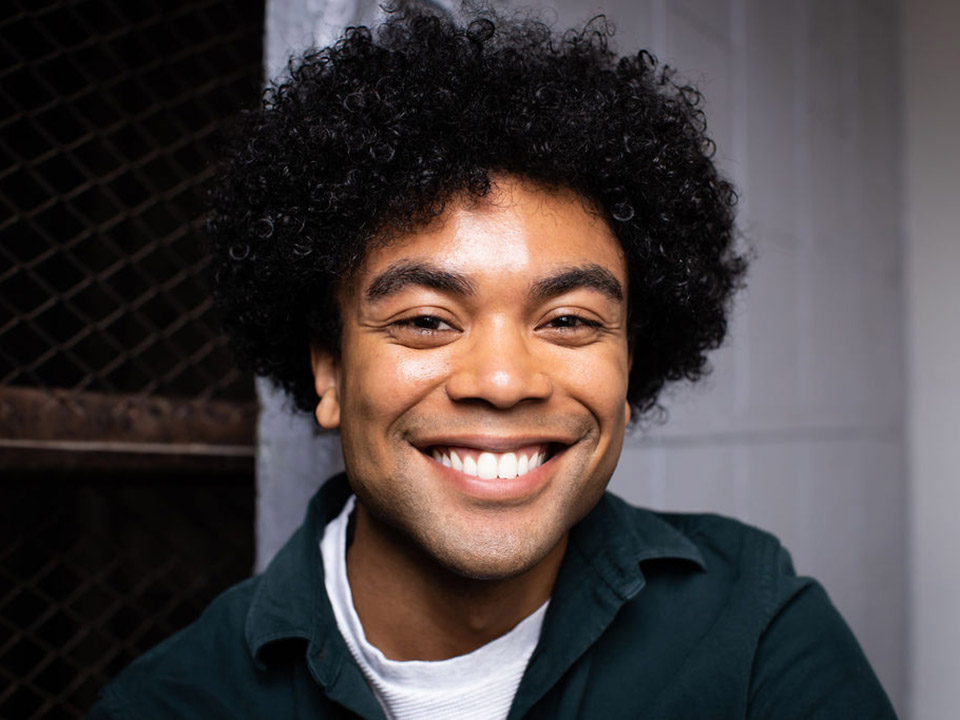 Check out our interview with actor Alexander Nunez who stars in the new CBC TV drama series Moonshine where he plays the adopted and youngest sibling Sammy who is perhaps most deserving of inheriting the Moonshine.

Moonshine tells the story of the Finley-Cullens, a dysfunctional clan of adult half-siblings battling for control of the ancestral business, The Moonshine, a ramshackle summer resort, two stars on a good day – and that day was in 1979.

It’s an epic tale of lust, legacy and lobster, set against the backdrop of financial hardship, insane tourists, small-town intrigue and a long-buried secret that threatens to annihilate the Finley-Cullens once and for all. 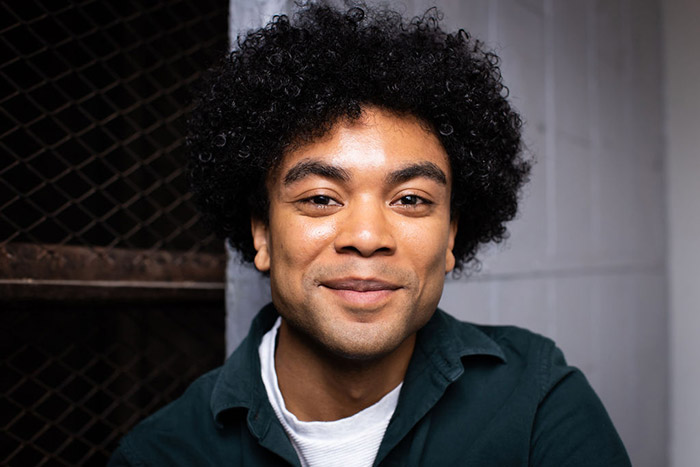 Hi Alexander, please tell us a little about you

Hi! I’m Alexander Nunez, and I’m an actor and writer from Toronto, Canada. You may have seen me on shows like A Teacher, In the Dark, Kim’s Convenience, and movies like Wish Upon. Currently, I play Sammy Finley-Cullen on Moonshine, a new show from eOne and CBC!

I was always into performing — huge theatre nerd. I was in an improv troupe in high school (very cool, I know). I learned about an open casting call for a Disney pilot from my high school drama teacher, and decided to give it a shot. To this day, it was one of the craziest auditions I’ve ever been to. There were hundreds of kids with way more experience. I thought I had no chance in hell, but I got it! It was a sketch comedy show, so my improv skills proved to be useful. The show never made it to series, but I learned so much and the experience encouraged me to keep auditioning.

Acting has seriously changed the trajectory of my life. Before my career really grew legs, I was a psychology undergrad hoping to become a therapist! Even though I was auditioning through school, I was always a little skeptical that I was meant to find any kind of success in entertainment. I’m very glad I was wrong.

In my every day, my mind runs a million miles a minute. I’m guilty of stressing out about the future, overanalyzing things… that’s always been in my nature. Acting is meditative to me. It’s a chance to empty my mind completely and give into the emotion of a scene. It feels amazing when you’re “in” — truly present in a scene — but getting there is its own challenge. Film sets are chaotic and it’s so easy to get distracted or frustrated.

Depends on the role! I gather whatever written information I can about my character so I can get a better understanding of their motivations. From there, I usually just jump in! I like to think of most of the characters I portray as alternate versions of myself. But if a role requires very specific character traits (accents, speech patterns, body movements, etc.), I think about who the character most reminds me of, and “borrow” some of their quirks.

Tell us about your work on the new series “Moonshine”

It’s a fantastic show, I’m extremely proud of it. It’s the story of a family trying to keep their lodging business afloat while… well, trying not to kill each other. It’s hilarious, it’s exciting, and it’s full of heart. My character, Sammy, is the youngest of the show’s five siblings. He’s also the sanest — he spends his time managing his family’s emotions and keeping some major plot shaking secrets from his oldest sister Lidia.

I got my start in comedy, and I’ll always love playing awkward quirky characters. Sammy is actually the most serious dude I’ve played in a long while! It’s an interesting thing to be on a comedy show playing the serious one. I’d love to play some kind of villain one day. Most of the characters I’ve played are full of empathy and good nature so that would be a really fun experience, I think.

The audience reaction! I love hearing that something I’ve done has made people laugh or cry, or feel… anything! That knowledge that your work has resonated in some way. It’s the main reason I do this.

Don’t wait for things to happen to you! There’s luck in this game, but a LOT of the outcome depends on your hard work. Make things! Short films, Instagram videos, funny Tik Toks, anything! It was only after I began creating and showcasing my own work that things started going my way. Oh… and never stop taking classes.

Nothing is guaranteed. As actors there are few outcomes we can control. Shows get cancelled. Pilots don’t get greenlit. You’ll get passed over for hundreds of roles. Just remember that it’s rarely about you or your ability. You have to find a way to cope. I started writing to distract me during quiet periods. It was lifesaving.

One of my very best friends once told me I’m a very driven person (love you, Lauren). I’ve also been told I’m funny, which I pray is true.

“Chaotic Thoughts From an Over-Opinionated Gemini”. My whole family thinks I’m a know-it-all and I’m beginning to accept the fact that maybe they’re right. Also, thanks to my compulsive googling and wiki-diving, I now know tons of stuff about some extremely random topics.

What’s next for Alexander Nunez in 2021?

I’ll be wrapping filming for Season 2 of Moonshine this October, and then I head into filming for season 2 of Avocado Toast, a hilarious series I’m writing and acting in. Season 1 is streaming on Prime Video in the US and UK, and on OutTVgo in Canada!

I love a good pizza!

I prefer the term contentment. Who’s happy all the time? That would be so exhausting! I find peace in accepting what I cannot control, and being realistic about what I can.

Ugh, but I have so many, too many to choose! Anything by TLC for Karaoke. Unpretty by TLC if it’s available.

It’s a tie between Issa Rae and Viola Davis, they’re both living legends to me. I’d honestly just want to get to know them and tell them how much they’ve inspired me.

Best advice ever given

“Stop getting anxious about what people think of you. Because they’re not thinking of you at all. — or at least not as much as you think they are.” It sounds mean, but if you really think about it, it’s incredibly freeing.

I do! I support Black Lives Matter. I also support the Okra Project.

Hopefully still working… and hopefully producing my own content!

Bag Lady by Erykah Badu. I listen to it when I need to feel calm.

It’s fun, as long as you remember that none of it is real. When you take it too seriously you get swept up into a hurricane of harmful misinformation and envy. I’m here to send and receive good vibes, funny content, and CREDIBLE news (check your sources, people!).

There’s nothing on it yet, but if you wanna follow me on Tik Tok it’s also @alexjonunez

Book: My Sister, the Serial Killer by Oyinkan Braithwaite

Quote: “Sometimes I’ll start a sentence and I don’t even know where it’s going. I just hope I find it along the way.” – Michael Scott

Sports Team: I have an obligation as a Torontonian to say the Raptors. It’s the law.