It is a commonly held belief that leaders are born, not made. If this is true, then JES’ position in the world of EDM can only be described as her birth right.

In a world where few have the vision, creativity and will power to carve their own distinct niche JES has excelled in exactly that. One voice and vision that has forged a career path that is often imitated, but rarely equaled. JES’ extraordinary voice and passionate songwriting has won her the respect and adoration of both the music fans and industry across the globe, releasing songs with the very cream of the international EDM crop.

This chart topping, award winning New Yorker has packed four solo albums, two Billboard #1 singles, international touring and countless superstar DJ collaborations into five short years as a solo artist. Since her legendary release “As The Rush Comes” with Motorcycle redefined the landscape of EDM, JES has propelled an unending stream of solo hit songs and collaborations with a who’s who of the worlds most prominent DJ’s including Tiesto, Armin Van Buuren, Paul Oakenfold, Above & Beyond, Kaskade, BT, Richard Durand, Cosmic Gate and Roger Shah. JES has collected awards from the prestigious International Dance Music Awards at Miami’s WMC, The ISC (International Songwriting Competition ‘08’ 09 and ‘10) and topped Billboard’s “Most Played Dance Songs of the Decade” chart (2000-2010). Her tours have touched the shores of 6 continents with landmark shows at international events such as the Beijing Summer Olympics.

Always seeking out a new path, JES added DJ’ing to her legendary performances and launched a hit weekly mix show and a comp album franchise to support it. “Unleash The Beat” has enjoyed runaway success syndicating worldwide on over 60 stations in 18 short months of broadcast. Dj’ing has also become a central part of JES’ live show where she mixes while she sings, once again leading a new revolution in EDM performance culture. “Music has been a big part of my life for so long it’s hard to imagine a day without it. It’s always been about being true to one’s self, and that honesty will resonate with somebody out there. Every day I read messages and posts from people that have felt something from my music and that’s what pushes me on and keeps me going when things get tough. Knowing that you’re not alone, that someone else out there understands what you’re feeling right now.”

Since being signed by Tiesto to his (then) own label “Black Hole Recordings / Magik Muzik” in 2007 JES’ career has developed at a dizzying pace. Tour performances across the globe with every major club brand combined with collaborative and solo chart and dance floor success have enabled JES to stay one step ahead in a genre that can sometimes seem overcrowded. It is said that if you want to know the future then look to the stars. In this case it would seem, never was a truer word spoken. 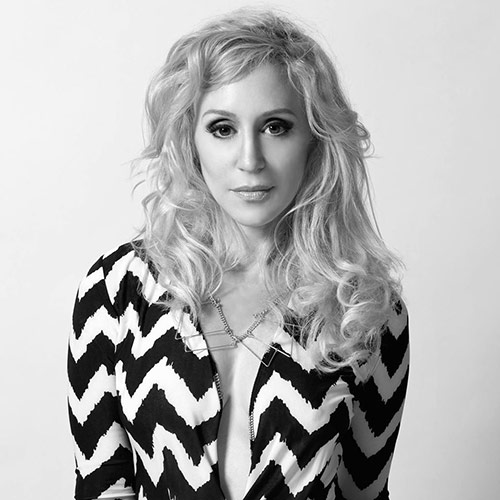 Hi Jes, tell us about you?

I am a singer, songwriter, producer and Dj. I’ve been working in music for most of my life and I never really wanted to do anything else. I mainly write songs with piano and guitar although I do use electronic instruments a lot as well. I was born and raised in Manhattan and although I have lived in LA for a number of years I still consider myself a New Yorker through and through. I love to cook and have a very high natural energy level that means I also enjoy working out and a healthy lifestyle. I am often described as hyper active but I feel it’s just my natural passion for life and music.

When were you first introduced to Electronic Music?

I have always been interested in Electronic music. Most of my favorite music when I was a teenager was electronic on some level. I had synthesizers from an early age and have always enjoyed programming and sequencing.

Do you ever get nervous when you’re about to enter the stage, or does it all feel natural to you?

I do sometimes get very anxious but it really depends on the show and how the rehearsals have been! I have just returned from Miami where I performed in BT’s Electronic Opus. I was very nervous for that as it was my first time performing with a full orchestra and there wasn’t a lot of rehearsal time. Every show is so important so I think the nerves beforehand come from that pressure. I always find though, that once I get on the stage and the microphone is in my hand I’m just fine! 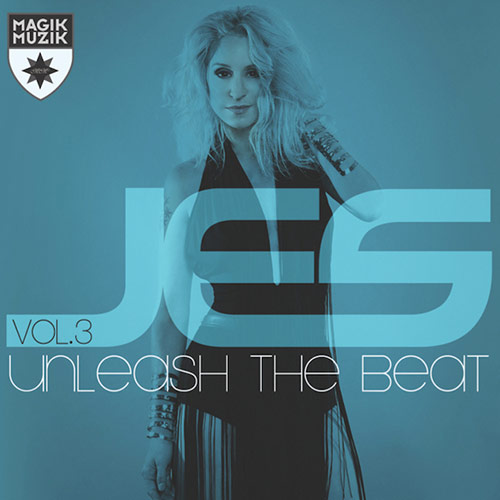 Tell us about the success that “As The Rush Comes”?

That song has been a blessing to everyone that was involved in it. I had been working hard on music for about 10 years writing and recording when that song was released. The success was overwhelming and it became a real journey for everyone in Motorcycle. It was really my introduction to the world of Dance Music and I learned about this genre through this song. I still sing it as every show but I never get tired of it because it brings back so many wonderful memories for me and so much happiness to the fans. The power of a song can be amazing!

I have always wanted to do a duet with Cher, and I feel ok about saying that. I recently went to her concert and she was really amazing. 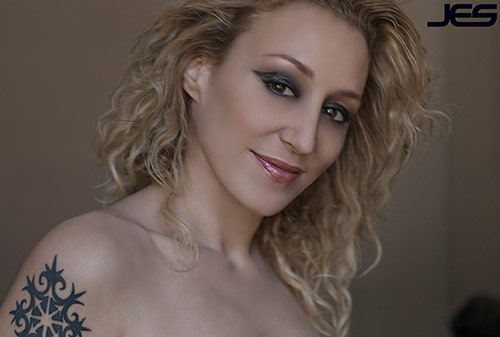 What other female vocalists that sings trance songs do you enjoy listening to?

Its funny but when I’m not working in the studio or doing a show, I try to listen to different types of music so I don’t listen to much dance music. Some of my favorite female singers at the moment are Sia, Tove Lo and Ellie Goulding.

Tell us about the experience working at the Beijing Olympics?

Now that was one show that really made me nervous! It was very challenging from a technical standpoint and I also had the added stress of having to sing a song in Mandarin! I had a language coach here in LA before the show to help me learn the Mandarin song and get some direction for singing and pronunciation. I was also performing a song I had written for Coca-Cola myself for the Olympics. That was much more straightforward but there was a lot of dancing and choreography to learn and none of the other performers and choreographers spoke too much English so I had to really pay attention and learn my cues. It was a huge beautiful production and so many important people from Coca-Cola were there. The energy and excitement was incredible…you could feel it. It was definitely an amazing experience that I will never forget.

Whats’ next for you?

I am working on a new artist album and tour at the moment. I have a few interesting collaborations coming up and I have just launched my own record label called Intonenation. Our first release is called “Hold On” and features me along with two very talented new producers called Shant and Clint Maximus. I also have plans for a Cookbook and healthy eating blog, and then I might take a vacation!

There are many more! 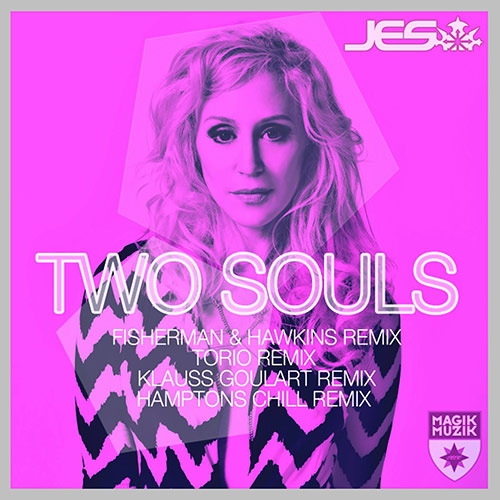 How do you see the EDM scene in 5 years?

I think EDM has certainly reached a peak in every way now and has become a part of mainstream culture. As it becomes more accepted I think you will start to see even more collaborations between EDM and mainstream artists. Eventually I think will start to hear more mainstream influence in EDM itself just like rap and trap have been seeping into pop songs and the mainstream. EDM starts to just be the mainstream. I think that one thing you can be sure of and that EDM isn’t going away anytime soon .

I’m not sure I remember the very first one! It might have been my mother making up some song since she was also a singer, but I really loved Blondie’s “Heart Of Glass” when I was very young and I would pretend I was her singing in the mirror.

What’s the magic formula for success?

Be original.
Believe in yourself.
Focus on your end goal.
Be outgoing.
Be smart with your business.
Listen to your instinct.
Ignore negative people.
Practice.
Build yourself a great team.
Keep the faith.
Be positive.
Never give up.

If you could go back in time, what would you do differently?

I got distracted from making albums for a few years as the popularity of it waned a little as a format for the labels. I think it’s very important to stay on your own track. I do love to work on a lot of collaborations with other artists but I would have liked to concentrate on developing my own songs more through more albums. I feel it would rescued me from some of the confusion I felt a few years back and I would be farther along now with even more music under my belt. 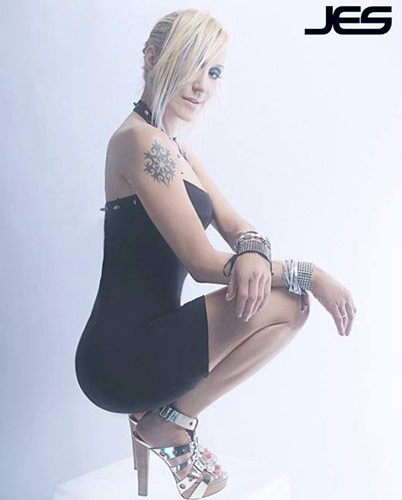 I love to cook and eat I have been a life long pescetarian. I love animals, like people in particular dogs and horses. I grew up in the city but I worked on farms while I was growing up so I think that makes you develop a strong bond with all animals. Horse riding is a big passion of mine as well as Skiing, Dancing and Yoga.

Life isn’t fair so don’t expect it to be. Work hard and stay focused and learn to appreciate the times when things go well!

I love to laugh so my current comedy crush is Will Ferrell. 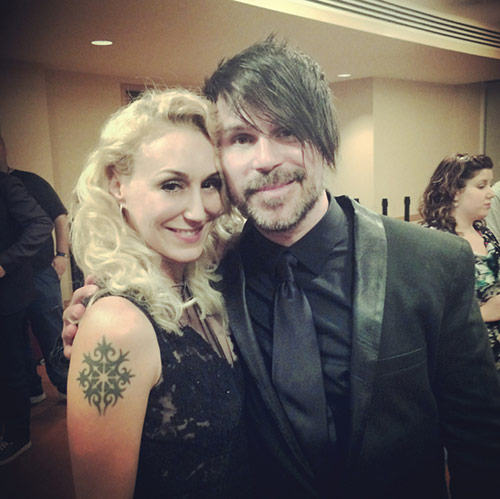 Heidi Montag’s awesome “Life of the party” and LMAFO’s banger “Party Rock Anthem” I am not sorry for party rocking!

If you were to give someone advice on life, what would you say?

Don’t settle for anything less than what you want no matter how inconvenient it is and don’t regret anything you do.