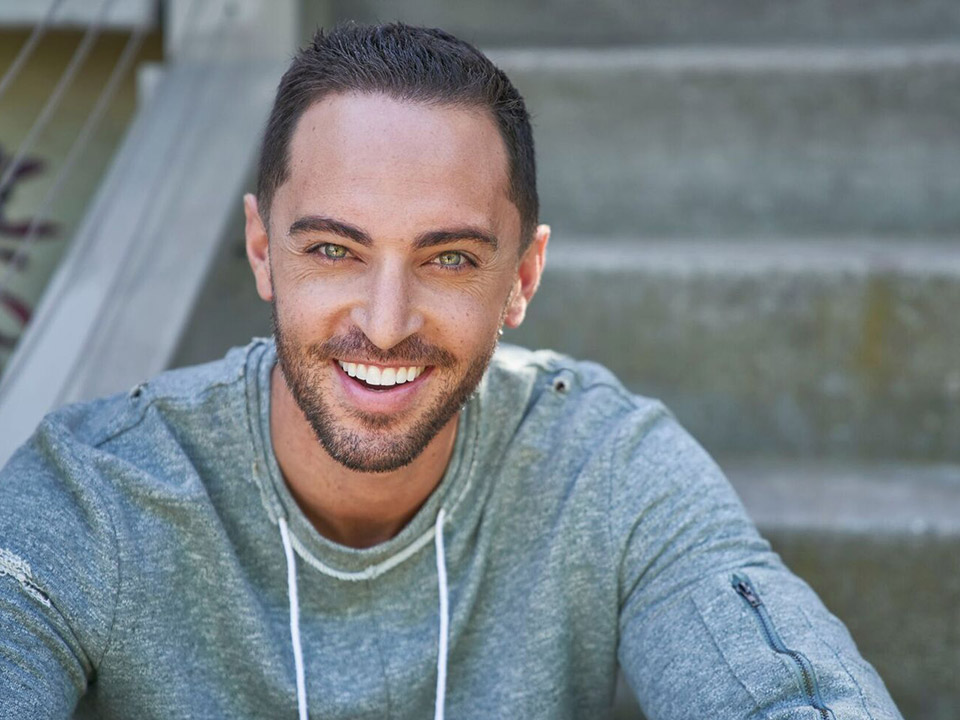 Widely known for his character acting in various roles over the last few years, Zach Avery is taking his career to the next level with multiple movies set for release later this year. Starring opposite Kate Beckinsdale and Adewale Akinnouye-Agbaje in FARMING, which recently premiered at the Toronto International Film Festival, he will also be seen in THE WHITE CROW, the story of legendary ballet dancer Rudolph Nuryev, directed by Ralph Fiennes, which was recently previewed at the Telluride Film Festival and picked up by Sony for distribution in 2019.

A Midwesterner at heart, Zach spent his teens playing football and dabbling in high school theatre, ultimately playing for Indiana University until an injury ended his NFL dreams. While the arts continued to be a hidden passion, upon graduating he entered the Doctoral program at the Chicago School of Professional Psychology. While there, he was also attending underground comedy shows and joined local theaters groups, which ultimately let to the decision to shift gears and take a leave of absence from his schooling to pursue acting full time. To fund his goal of moving to LA, he began selling Quickbooks software door to door in the Chicago suburbs and finally made the move west on New Years Eve 2011.

His greatest role to date has been that of husband and father to his toddler son. An outdoorsman at heart, Zach spends his downtime hiking, skiing, practicing his scuba diving and enjoying nature with his growing family.

My wife, Mallory. She has always had my back and I have always had hers.

I moved out to Los Angeles about 7 years ago now and the only person that we knew was my mom’s best friends daughter. She was nice to enough to take us to dinner one night and ended up introducing me to Julio and Diego Hallivis who were casting a short film that they were about to shoot… I ended up going in for the casting session… booked the gig and the rest is history.

My first in front of camera role (outside of theatre) was in the short film, Shifter. Super cool, stylized action short. I was cast in the lead role as a military type guy named “Striker” in the not so distant future that had the ability to “shift” into a clone body of himself if at any point in time his heart stopped aka was killed in action. This was shot by the Hallivis Brothers, which also cast me in my first feature film, Curvature.

The best part about being an actor is having a job that allows you to explore the psyche, personality and world of so many different characters. Every role that I play teaches me something new about myself…. Its truly an incredible career.

The worst part has to be the fact that you can’t wake up and act everyday. You need someone to cast you in a project in order to “work” so the in-between times can be tough.

If at any point in time you find yourself more fortune than others. Build a longer a table… Not a taller fence.

How did you find out about “LAST MOMENT OF CLARITY,” and how was the casting for your role?

I had worked on a couple prior films with one of the producers of Clarity, Andrew Levitas, who told me that they were gearing up to cast the film and he thought I would be great for the role. He sent me the script…. I absolutely loved it and immediately got back to him in hopes that he would set a meeting with the directors, James and Colin Krisel. The character goes through some serious trauma in the movie so I imagined him with a thick beard and a little rough looking so I stopped shaving all together and asked to wait a few weeks before I went in to read. Ended up auditioning for the directors (in my disheveled bearded look) and they liked what I brought to the role. Ended up coming in a few different times, going through a table read and finally found out that I was cast and would be leaving for Paris in 2 weeks to start shooting. Could not have been more excited.

Tell us about your character.

My character in the film is a guy named Sam. He lives in NYC with his fiancé/love of his life, Georgia, until he witnesses her murder and has to flee to Paris to save his own life as well as cope with his new reality. In Paris, while watching a film, a girl comes on screen that reminds him so much of Georgia that he convinces himself she is alive and heads back to the US in search of answers. Very much a call back to the Hitchockian thrillers such as Vertigo and Rear Window.

Simply working with these masters of the craft. Getting to go to work everyday and have scenes with icons such as Brian Cox and Udo Kier is a dream come true.

How was working with big names like Kate Beckinsdale and Adewale Akinnouye-Agbaje in FARMING?

Could not have been better. They are such giving and talented actors that while you are in a scene with them … they lift your acting to the next level and watching them work when you aren’t in the scene is a master class.

I would love to play so many different characters but stepping into the Marvel Universe would be a dream come true.

Have so many favorites but I would have to say Tom Cruise. His ability to command the screen in heartfelt dramas and intense action scenes has always fascinated me. I absolutely love A Few Good Men, Top Gun, Jerry McGuire and the whole Mission Impossible Franchise so would have to go with Tom.

Outdoor activities. Skiing, climbing, hiking, biking … anything to get the blood pumping with my family and closest friends would be incredible.

3 things you can’t leave your house without.

Make breakfast with my wife and son. Go on a hike. Get home in time for some football with friends. Grill out for dinner. Can’t beat it.

Something people don’t know about you.

I had my own restaurant in Chicago when I was 22 years old.

Most days consist of getting my 1 year old son up, fed and ready for the day. Then some sort of work out. Meetings/read scripts/prepare for role or any other work related things that need to get done. Make dinner with the family and then watch whatever show my wife and I are binge watching at the time.

Abe Lincoln. I have always been interested in him for some reason and it would have to be extremely cool to pick his brain over a beer.

I am probably the biggest lover of salad. I would eat a good salad every meal of the day if I could. Add really good Ranch and it can’t be beat.

Dead tie between BBQ Chicken Pizza or a great burger. Really depends on the day.

Expect to see me whole-heartedly looking for projects that challenge me. Work with people that push me to be better and grow with every experience…. While having a damn good time doing it!

My wife and I are big supporters Dogs Without Borders and Wags and Walks here in Los Angeles. Both organizations are doing amazing things to rescue animals and make sure they find their way to a loving home.
Additionally, we heavily support the RSK L.I.F.T FOUNDATION, which is an education foundation in Los Angeles that provides full-ride scholarships to first generation college students as well as mentorship throughout their 4 years in college. Truly changing lives one scholarship at a time.

Favorite Quote: “When Odds Are One In A Million. Be That One.”