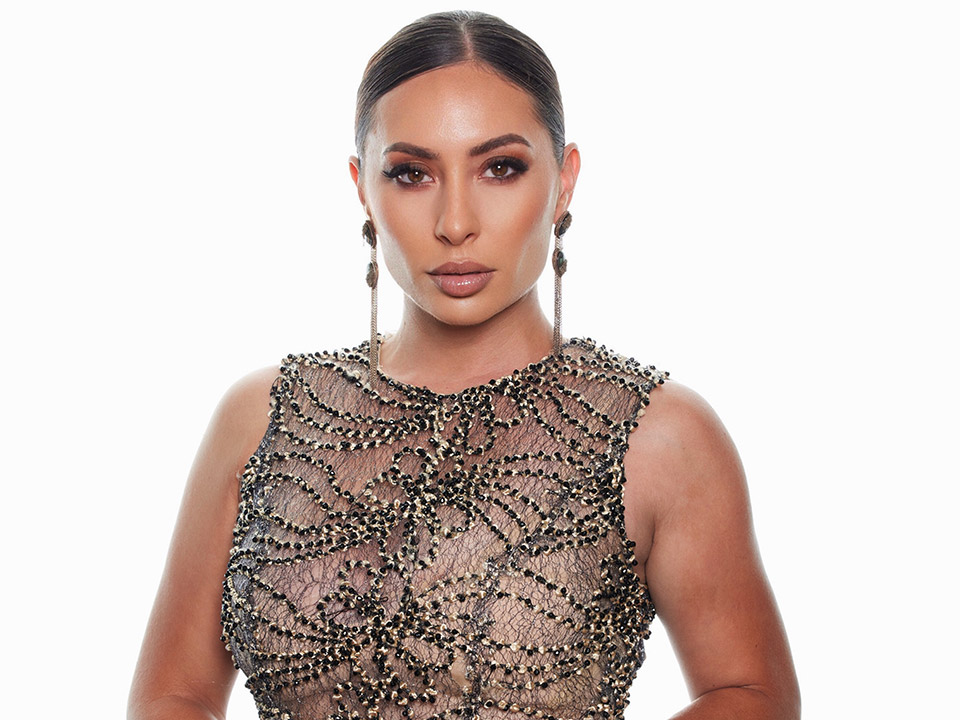 Karlee started her career as a WWE diva, where she wrestled under the pseudonym “Maxine”, until 2014. Since then, she has landed several roles like “Catrina” in Lucha Underground, “Jazz” in Nation’s Fire, and most recently “Alanza” in Seized.

While acting, she also became a producer, where she is currently developing projects with producing partner Mark Canton (executive producer of the Power franchise). The partnership deal is significantly important, because it is rare for a producer of Canton’s stature to do a 50/50 split with a female producer. The two are currently working on their newest project, Miami River Cops, based on the real life events of former police officer Victor Zappata. Karlee remembers hearing this thrilling story, while she pursued a career in private investigation in Florida.

She is slated to develop numerous projects, such as the scripted series Fubu with the creator Daymond John. She’s also working on an untitled project centered on the interesting, whirlwind life story of Nolan Bushnell, founder of “Atari” and Chuck E. Cheese. Nolan is often regarded as the Father of Electronic Gaming. 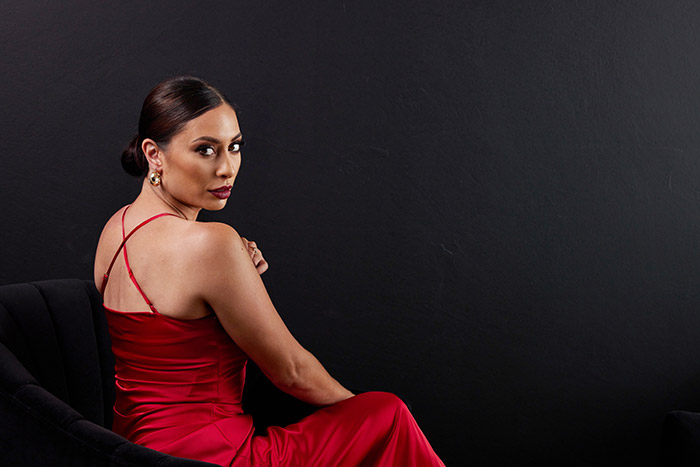 I got my start as a wrestler under the name “Maxine” working for WWE. My years doing that were so memorable and I will forever be grateful for all that WWE has done for me.

What did you like the most about WWE and the whole wrestling world?

I loved performing in front of a live audience because it gives you a massive rush that you don’t get in front of a camera. I loved being on the road with my friends and performing all over the world. It was way more of a community experience than anyone would have even thought. We looked like a bunch of scary wrestlers, but in fact they were some of the nicest and kindest people I have ever met.

How did you come up with the wrestling pseudonym “Maxine”?

I actually didn’t come up with it. I was told Vince Mcmahon came up with my wrestling name.

How was the transition from the WWE to the acting and producing business?

It’s been a long and hard road filled with tears. I faced many challenges but, I’m so glad I was able to overcome them with the help of my business partners.

What has the transition been like going from wrestling into acting?

When it came to acting I didn’t want to be put in a box because of my background and what I did. I wanted the opportunity to play all sorts of interesting characters with complex and layered stories to tell.

How has this transition changed your life?

I gave up my entire life for my career, including everyone and everything I knew to move out to Los Angeles on my own to pursue acting. I had become really comfortable in the WWE world with the lifestyle and people that I knew. Everything was going really well but I knew deep down that acting and producing is what I really wanted to do. I had to take that leap. Both of these worlds are very different, so pretty much everything has changed for me!

What is the best and worst part of being an actress to now being an executive producer?

One of the worst parts of being an actress is the endless auditions for projects that aren’t your own. I love being an actor, but once I knew I could develop my own stories my point of view changed a bit. The best part, on the other hand, is being able to give a voice to the voiceless, where the stories that deserve representation don’t really get the amount of recognition they deserve. 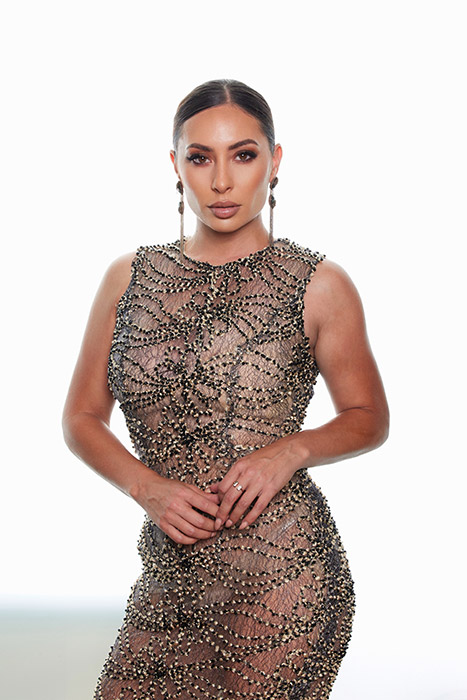 Which role in life do you prefer? Actress or executive producer? Do you prefer being behind the camera or in front?

They’re two totally different mindsets. When I haven’t been in front of the camera for a while I truly miss it. However, while I am producing and telling stories, my mind is constantly running with unique ideas and creative thoughts.I feel like I am always on the go as a producer, while I have more free time as an actress.

Tell us about your upcoming project Miami River Cops?

Miami River Cops is based on a true crime story that took place in the 80s in Miami, Florida. This story talks about one of the largest cop takedowns of my generation. I’m really excited about bringing this true story to life, and I really hope that audiences get to learn more about my home state and incredible stories that happen there, so stay tuned!

What was it like developing that project with fellow executive producer Mark Canton?

Mark is incredible and he’s produced nothing but gold. I knew I could learn a lot from him and I’m grateful he believed in me and my project. It is very rare for a producer of his stature to develop a 50/50 partnership with an up and coming producer. That’s just how confident he was in my project.

Can you tell us about your other upcoming project Fubu you are developing with the creator Daymond John?

Yes I’m producing FUBU (FOR US BY US) based on Shark Tank Daymond John’s real life experience of how he created this iconic clothing brand that really changed the game for the black community and hip hop community. How FUBU influenced some of the top recording artists of the 90s. The fact that Daymond built this company from the ground up is amazing, it was truly an inspiring rags to riches story!

I starred in the biopic Mapplethorpe as “Lisa Lyon”, played “Catrina” in Robert Rodriguez’s Lucha Underground, and recently starred alongside Mario Van Peebles and Scott Adkins in Seized as “Alanza.”

What other roles do you want to portray and why?

I really want to play an edgy character that doesn’t have it all together. The ability to portray such an emotional character like a drug addict or mentally ill individual gives me an opportunity to put my acting skills to the test and would be a really interesting challenge for me.

What is the most rewarding part of your career?

I get to have a say in the creative process and I have the opportunity to give a platform to those who are unable to share their stories. That’s the whole reason I’ve decided to produce the projects that I’ve been focusing on. Giving a voice to the voiceless is what it’s all about and the thing I’m most proud of.

I learned that you have to keep going even if you fail. As long as you get back up and keep trying, eventually you’re gonna get it right. The goal is to never give up on yourself or your dreams.

What’s your advice to aspiring actresses?

There is nothing easy about this job. You gotta stay determined, stand out, take risks, and realize that no one’s gonna fight for you like you would fight for yourself. You have to stay true to yourself and don’t lose focus on your goals.

What would you say are the greatest lessons you learned so far in this entertainment business?

Haha, the best lesson I learned is to have a good attorney. I wish earlier on my career, I had figured that out.

Which actor (dead or alive) that you would love to work alongside and why?

I would love to work alongside Benicio del Toro. I absolutely LOVE everything about him. I’ve had a huge crush on him since I was a teenager. He really is so talented, where all he has to do is look with his eyes and we all know what he’s thinking without him saying a word.

If you could tell your younger self one piece of advice what would it be?

I would tell my younger self to be surrounded by good people who have good intentions. I would also tell her to trust her gut more.

What’s next for Karlee Perez?

I’m moving on up! I have a slew of new projects that are being developed. I cannot wait to share with the world about them. I would also love to grow even more both in front of and behind the camera.

How do you feel about that pressure of always doing the right thing, and encouraging people to follow their dreams?

I take on the difficult decisions to do the right thing each day. I am not a perfect human being, but I try to do things with integrity. I hope I am able to encourage people because it’s a daily battle out there and can be difficult without having a little push.

I love all veggies, especially when they are raw. I mix them into my smoothies at least once a day.

Donuts are my go-to cheat meal. My favorite donut spot is Trejo’s Donuts in Los Angeles.

My style is definitely street fashion during most of my days. When I am going to events or meetings, I tend to switch up to a more classier style. I like to be able to change up my style based on how I’m feeling and the environment I’m in.

That’s tough as happiness doesn’t have a true definition and can be different for individuals. For me, I would say happiness is when you can keep your character, your self respect, and your loyalty in order.

What was the best advice ever given to you?

“Fake it till you make it” but, eventually you really do have to make it.

Are you involved with any charities? If so, which ones?

I am not involved with any charities at this time, but I like to work with women focused organizations like helping women in prisons, who have been wrongfully accused.

Where do you see yourself and your career in the next 10 years?

I see myself as a full on producer with a full slate of projects under my belt. I also see myself with a successful acting career portraying a variety of different characters. I really keep learning and perfecting my acting skills.

Anything Amy Winehouse, because she was such an incredible talent and her voice relaxes me. While short lived, her music was an amazing gift to the world.

Has social media impacted you and your career? If so, how?

It definitely has impacted me and my career, because it was a tool for my fans early in my career to keep up with everything I was doing. Through social media, I am able to meet so many interesting and talented people that would never be possible without these platforms.

I do not over post as I look at the quality of my posts and not the quantity. For my stories, I like to post motivational quotes and share my own daily thoughts. My tip is to keep your account genuine and have it be a true reflection of you.

Quote: And suddenly the dreams started chasing me