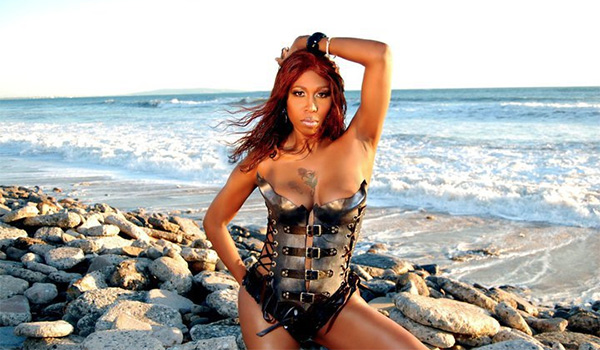 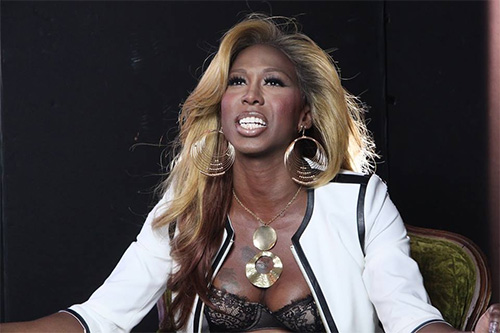 Foxxjazell is a 5’10 caramel skinned hip-pop entertainer that just so happens to be transgender. However, don’t be quick to brush off this young talented rapper because of her gender. Noted as one of the first transgender artists to recieve mainstream success , Foxxjazell has performed for thousands of people at the world famous Arena nightclub in Hollywood in her teen years as part of the group One20five. She also opened for the likes of Cazwell, Rupaul & Robin S. Point Blank, this kid has garned the attention of Mediatakeout, TMZ and XXL magazine just to name a few. Foxxjazell Keva Jackson was born in Birmingham, AL to a family of hardworking hustlers. Both her mother and father worked all types of odds jobs to keep food in her mouth. At the age 6, she became influenced by the likes of Salt n Pepa, Michael Jackson and Madonna.

By the age 17,Foxxjazell graduated from high school with honors and was looking to conquer life as an entertainer. Her influences had advanced to 2pac, DaBrat, T.I., TLC and Biggie Smalls. She took a one-way ticket to Hollywood with less than $20 in her purse and never looked back. While in Hollywood, she started off modeling with a few print ads and also booked a few music videos doing background work. She also took a few acting & dance classes. After countless auditions and dead end jobs she became discouraged and frustrated with the constant rejection of Hollywood. A change had to be made. The change came in the form of 14 year-old Maurice Tito Lopez, a runaway kid with a big dream of making it big. The two young artists quickly teamed up and began writing and performing music together. They eventually formed a hip-hop group named One20five with two other local rappers. One20five performed at various venues through out LA and even received a few spins on LA hip-hop radio station Power 106. There was a huge buzz behind the group and everyone knew they were destined to be signed to a major label. However, due to conflicts within the group and flaky management they eventually disbanded in late 2004. 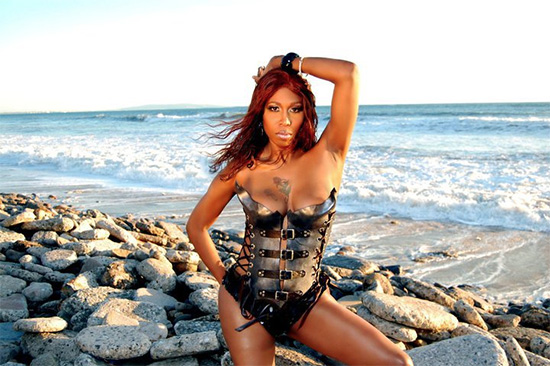 Since then, Foxxjazell has performed as the opening act in the historic Homo-revolution 2007 tour that hit cities such as San Diego,Houston, Atlanta, San Francisco, New Mexico and Phoenix. After the tour she signed to FKJ Records/Pretty Boy Empire and began working on material for her debut album. In early 2008, she released her debut album Introducing….Foxxjazell which featured the hit singles “Feel the vibe”,”Priority” and “Sexual thang”. Her music videos were permanent fixtures on MTV,Logo,VH1, HereTV, Fuse and Qtube. “Feel the Vibe” also received moderate rotation on the radio. In addition, she was invited as a guest on the Tyra Banks show to talk about queer hip-hop and the politics of the music industry that she has had to endure. Around this time she also toured again with the Homo-revolution 08 tour and headlined the Pretty Thugz tour. Foxxjazell was also featured in XXL magazine,IN magazine and CLIK magazine. For the last single “Priority” she sought out Hollywood director Maurice Jamal (The Ski Trip, Dirty Laundry).

Frustrated with the under performance of Introducting….Foxxjazell by mid-2009, Foxxjazell traveled to New York to work with electro-pop producer Ashley Breathe & fellow artist/writer Last Offence to create a new sound for her new project. “I wanted a new sound for this project. I’ve always been a fan of Ashley Breathe & Last O so it made sense to seek their help out on this new project. This new sound is less hip-hop and more hip-pop” Foxxjazell explains. One of the songs that made the cut was the hit lead single “Spilt Enz”. The record debuted at #41 on the Billboard Hot Single Sales chart in September 09′ and is already receiving heavy radio and club play in the America .The video has been in rotation on Canada’s BPM, MTV,Logo ,CMC (California Music Channel) Rockamerica, Promo only & VH1. The follow-up single “Ride or Die boy” has also received a fair amount of radio play as well with the accompanying video gaining much attention from the major music video networks. Her sophomore album “Boy,girl,whateva” was released in April 14, 2010 followed by 2 release parties in both NYC & LA in support of the album. In June 2010 she headlined her first televised concert titled “The Boy-girl Homo-evolution show” in San Francisco,CA at the El rio. Special guests were Benni E.,Drew Mason,Prince Cat-Eyez,Sgt.Sass &Mack Mistress. The concert was a official SF Pride event and was well received.

“Hookup”(Off the hookremix) ft.Ashley Breathe was released to radio in October of 2010 followed by the music video two months later. The song has already made it’s radio rounds on SiriusXM’s BPM,QnationFM & various other radio stations.The song was also being featured in record pools such as www.my12inch.com,Gbrp top 50 dance chart, mymp3pool.com,& Starfleet music pool On May 21, 2011 Foxxjazell gave a 45 minute concert at Long Beach Pride which was sponsored by LA’s Kday 93.5 radio station. Two days later she performed at the 7th annual Outmusic Awards & was nominated for Outstanding hip-hop song of the year for “Ride or die boy”(Pride remix). The award show will be airing on MTV and LOGO.

In the spring of 2013, Foxxjazell returned to the music scene with her third album titled “Elevation” with the lead single “Sickening”. The music video for “Sickening” generated over 50,000 views in just hours after it’s debut on youtube. Later on she would release her final & last single from “Elevation” which was titled “Mama love me”. Foxxjazelll went on the Da Doo Dirty radio show and quoted she was taking a break from music and concentrating on her new youtube talk show gig “T-time with the gurlz”.

I got started with in a male hip-hop group.

Getting rid of the stigma that comes along with being transwoman.

Are there busy and quiet periods during the year?

Yes sometimes the quiet periods overlap the busy periods. However I try to stay busy by writing and keeping myself in the studio.

Tupac Shakur I would like to pick his brain & figure out what makes him tick. lol

So far I must say I haven’t really met anyone who has done that as of yet.

My motivation to succeed at any costs.

Never giveup no matter how hard it gets.

Tell us about your recent release song “Motorcycle”

It`s inspired by Prince`s “Little red corvette” . Its about a boy who is promiscuous and looking for love at the same time. Such a tragic story. lol.