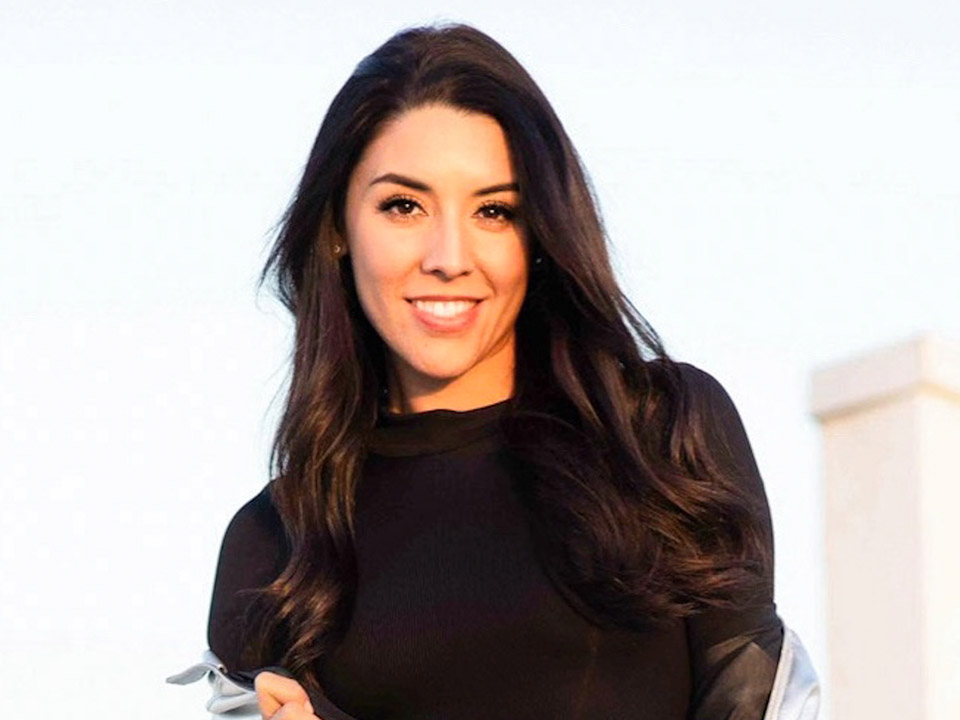 Check out our interview with personal development coach, best-selling author and founder of Passion to Paycheck Erika De La Cruz who can be seen on FYI network’s new series “Dream Life.”

The show follows boss babe, Serena de Comarmond as she moves to LA to open the world’s first online dating school and to launch her new celebrity talk show, “Hollywood Disclosure.” The show is a spinoff that follows Serena and Amber as they set up their new business, “The Love Academy” and takes a behind the scenes look at the celebrity interview show “Hollywood Disclosure”, hosted by Serena and featuring a star studded celebrity guest list including Caitlyn Jenner, Tara Reid, Deepak Chopra and Corey Feldman. Join Serena as she visits celebrities in their homes and delving deep into their most intimate stories and follow the lives of Serena, Amber, Chris, Shawn, Erika and Xavier as they navigate the twists and turns of dating, friendship and the Hollywood hustle in LA.

Aside from the show, Erika is the founder of Passion to Paycheck, the annual entertainment conference in Los Angeles creating a community for personalities in the media. She recently launched an online VIP membership portal to help stay productive for those who work from home. This is an amazing tool for productivity, mindfulness and managing all aspects of entrepreneurship. 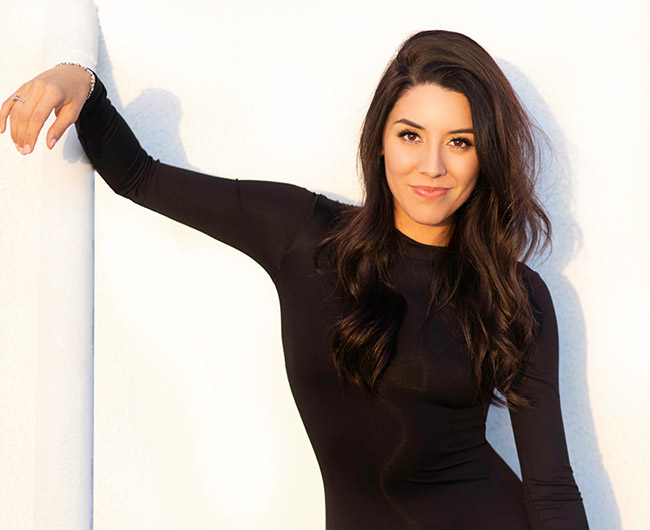 I think one of the biggest influences in my life has truthfully.

Best advice you have followed?

That everything takes time, but time and pressure DOES produce results. So often, we are impatient or we give up when we don’t see results overnight. This advice has allowed me to get clarity and certainty that my dreams, the projects I’m working on- they’re all a sum of steps taken daily. I used to wake up and think “will today be the day?” then, get very discouraged if nothing “groundbreaking” happened. Now, I laugh at how silly that was. Everyday is THE DAY! And as a bonus, you get these milestones throughout the process and this huge gift of becoming the person you needed to become to achieve what you set out to do.

Yes! The show follows Australian author & match maker, Serena de Comarmond as she moves to LA to open a business and launch her new celebrity talk show. The show takes a behind the scenes look at the celebrity interview show “Hollywood Disclosure”, hosted by Serena and featuring a star studded celebrity guest list including Caitlyn Jenner, Tara Reid, Deepak Chopra and Corey Feldman. Dream Life follows Serena’s friends and team (myself along with several other power houses) as they help her build out her business and navigate the twists and turns of dating, friendship and the Hollywood hustle in LA.

What the series is about and how was the casting to be part of it?

A mutual friend working on the show heard that they were searching for someone enthusiastic, with experience in the personal development & entrepreneurial world (which my book is in) who could step in as our lead’s “protégé,” assisting her with everything on the project in the show and helping her build out the celebrity series portion of content. I helped create her talk show brand with Caitlin Jenner, Deepak Chopra and Colin Egglesfield on the show and learned so much. A lot of people get caught up in the “ego” of assisting others after they’ve experienced recognition in their field, and honestly, that’s why a lot fail. I LOVE running my business, but I’m not afraid to take a back seat to learn the mechanics of areas I haven’t been yet (like producing a talk show!

How is your relationship with the other cast members?

I think it was fun getting to know everyone’s field and industries. We all have brands and business outside the project, which is why we were called in to help, so it was awesome getting to know everyone and having Serena’s support too. We all just cheer each other on in our “real” lives & brands- yes, believe it or not, “reality” TV is only a sliver. I’m getting my “assistant” on, in the show!!! I was really excited to learn from someone ten years ahead of me. I’ve always been passionate that learning by doing out weighs any “course” you could enroll in and next on my bucket list was “Television show,” so I soaked up all the knowledge possible!

How has your life changed after the TV Show?

Well, I think the game has just been leveled up, in terms of projects and experience. The other fun thing is having strangers share that who I am resonates with them, or that my positivity is contagious while they watch… That’s been really fulfilling to know I’ve made some small difference in their lives. 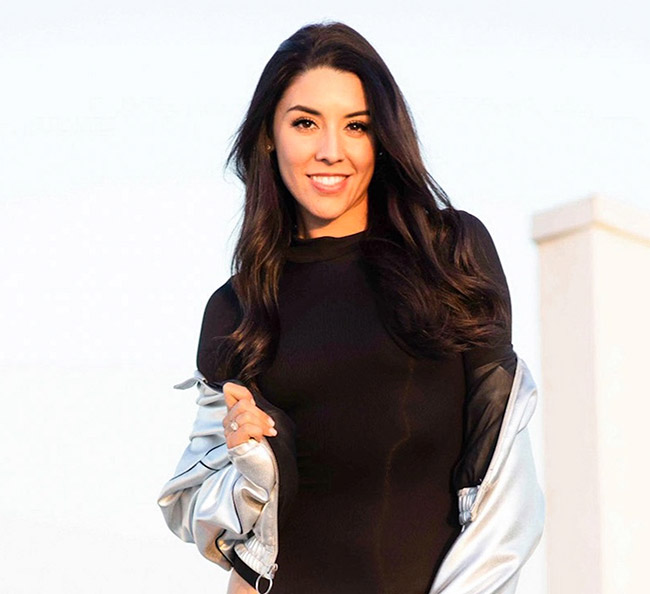 Do you guys have a script on what to do or say?

Well, I wouldn’t go right to “written script,” but there are definitely guidelines for what is happening and the narrative that’s unfolding. For example, playing a “new assistant” on the show, you’d expect to see a bunch of fumbling and administrative mistakes made, but while that was “expected” in the narrative, I have a personal standard set in my regular life as a business owner and author that was incongruent to making all these weird little mistakes- so sure, I made a couple, but drew the line at forgetting coffee orders. The great part was that Serena really got to know us all, and shaped the narrative to reflect actual life. It was brilliant! She said to me “you’re an author? Let’s find your book on the show!” She said to my cast mate Xavier- “you’re a musician? We should have your music on the show!” It was super inspiring to work with a lead and producer who genuinely cared about each person’s narrative being reflected authentically. We were like “Serena, take the reigns!”

Can you share something funny that’s happened to you while filming?

Hmmmm, I’d say we all got “stuck” at a mountain house in Malibu one night… it doesn’t sound too terrible at first, but add in the long hours, lack of cell service and delay on our dinner- and it turned into a “slap happy” party. You know the term “slap happy?” When you’re so tired that everything becomes funny. I have footage of lovable, bestie/realtor Shawn and I laughing in one of the rooms for probably an hour!

Any advice to other people thinking on share their lives on TV?

YES. Make sure you are comfortable and take ownership of who you’re signing on “to be” and in what role. It seems to the public that “Reality TV” is always reflective of a bunch of filming and letting the story unfold, but on about 85-90% of those shows, the rough storyline is written beforehand. This makes for great, entertaining content and is definitely accurate to what’s being created on the series, but make sure you’ve done the wellness work to ground yourself and really own your choice to join!

Now tell us about the success of your Amazon best-selling book “Passionistas?”

Sure, Passionistas was co-published by the Chicken Soup for The Entrepreneur’s Soul publishers. I am the co-founder and lead author on the book. It is a compilation of the true and vulnerable stories of about 39 young, diverse women on the road to their successes- including my own story. I did not expect the book to land so successfully in the marketplace, but what it has created is a beautiful online community of women, working toward their dreams, but not being afraid to be vulnerable in the process!

Definitely a project based in my heritage. I feel so strongly about changing the stigma of what it means to be “Mexican” in the United States, and specifically, California. We’ve started talks about what that development might look like and I’m excited to share!

What do you think makes a women beautiful and why?

Definitely her security with herself! As women, we often learn to gage our worth based on the “comparison game” that we see on our feeds, amongst our friends, or in our romantic partnerships. I’m a firm believer that all of those will improve as your self esteem improves! I love owning all the parts of me! It’s not always easy, but habitually, I check in with what I believe about myself. And curate those beliefs to cheer myself on.

Definitely creating “art” from all aspects of my life. Relationships, cultural beauty, photos, videos, TV, digital- I’d love to continue to create mixed media to help people feel less alone and get out of their own way, forever!