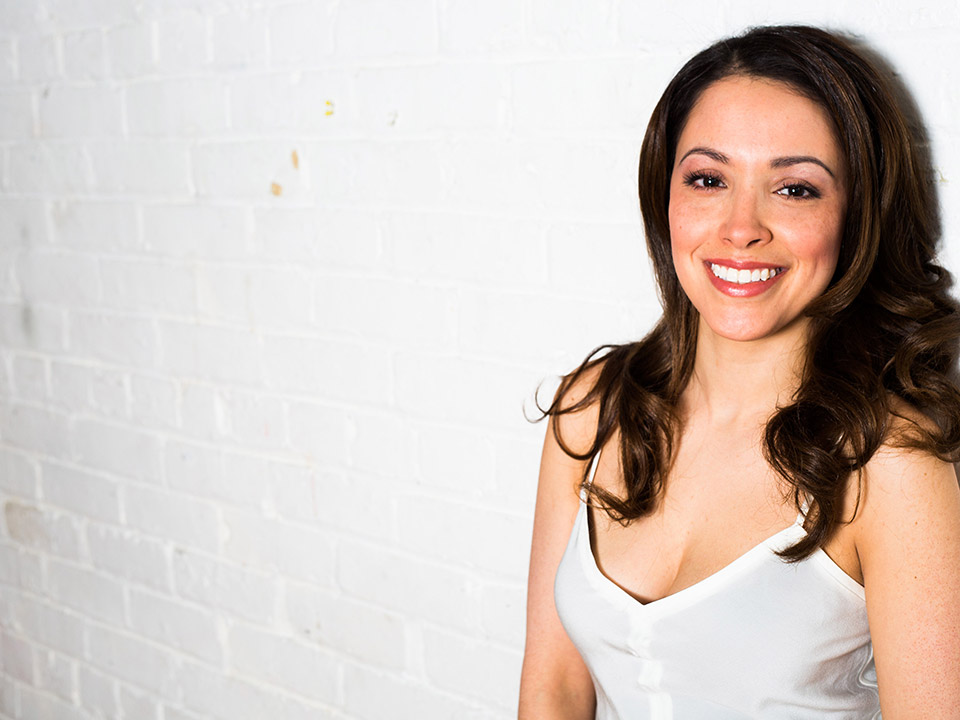 Check out our interview with actress Tamara Almeida who stars as Young Grandma Tess in the highly anticipated reboot of the beloved ‘90s children’s television series Ghostwriter on Apple TV+.

On the show, Grandpa is one of the central characters, running the neighbourhood bookstore. Young Grandma Tess played by Tamara, pops up in flashbacks as ‘Grandpa’s’ wife. She is a strong, driven woman, with an innate belief to do what’s right.

Outside of acting, Tamara’s other passions lie in the world of tech, travel, and food.
She also keeps active through rock climbing, boxing, and other outdoor activities. 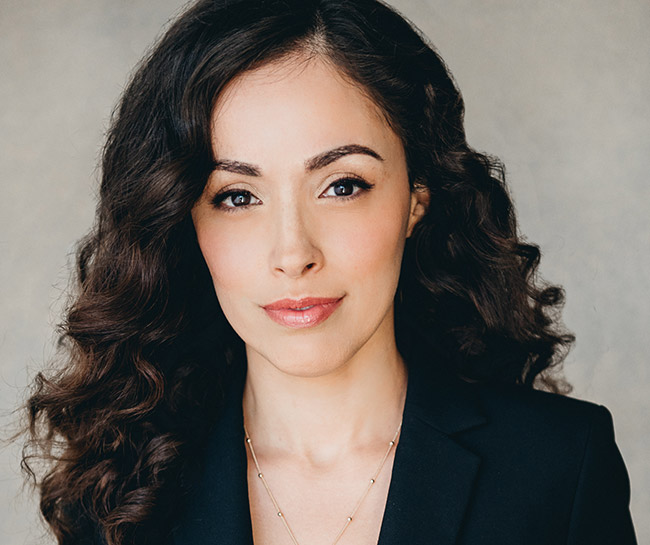 Hi Tamara, please tell us a little about you?

I was born and raised in Toronto, Canada to South American parents. I’m fierce, loyal, hardworking, and am always looking to learn. I love all types of art, find travel necessary for my soul, and an advocate for mental health.

Who are your role models?

I always wanted to act, but never thought it possible to pursue it as a career. I grew up as one of four kids in a low income, single-parent home. The expectation was that we be well educated and (more importantly) financially stable. There was lots of fear. To go into acting felt irresponsible, so I kept that dream private. I’d had a more tumultuous upbringing than most, but when I finally left home, things started to settle and I could breathe easier. I had a career that helped me achieve personal and financial goals. I had all the safety boxes checked.

Then, we suddenly had these Latina women blowing up in media and it was very inspiring. They weren’t just telenovela stars, they were in movies and TV shows. That was my moment of “maybe I could do this”. Then I suddenly found myself excited about the prospect of acting. I wanted to tell stories that mattered. I became hungry about bringing what I knew to certain experiences and trying to defend characters. I started taking classes and asking for help. Whenever I felt uncertain, I reminded myself to be patient and that I was at the beginning of developing the skills needed to tell these stories.

There were many ups and downs, incredible moments and devastating moments, but I’ve always been hyper-focused and super-charged about wanting this. I’ve trained extensively for a technical foundation (voice, body, character creation), and routinely exercise flexibility and spontaneity in classes such as Meisner. It’s endless and I’m always learning. I feel very fortunate that I get to do this for a living.

I went from feeling like an expert to a novice overnight. It was very humbling. I started serving at a restaurant and gained an intense respect for hospitality. I understood pressure in a new way. I learned to fall in love with process and become very clear about the things I wanted. It taught me patience. It’s introduced me to many of my closest friends. I think it’s made me fearless in many ways, but much more vulnerable in others.

I can’t say too much, but I’m so excited to have everyone meet Young Grandma Tess! Without giving any of the story away, Young Grandma Tess pops up in flashbacks of this reimagined series. She’s a strong, driven woman, with an innate belief to do what’s right. I think that’s all I can say!

Now tell us about your new short film “Date Night?”

The synopsis: “Date Night” follows Alba who hasn’t dated in a long time, so saying she’s nervous is an understatement. Not helping: feeling old, language barriers, too much make-up, and a deeper fear her daughters don’t want to talk about. I play one of her daughters, Carmen, who is the eldest of the two. Carmen had to take on several responsibilities at an early age to help her parents who had originally immigrated from Columbia. Carmen is headstrong, fiery, and has a complicated relationship with family. A very powerful short, written and directed by other Latinx women (Margarita Valderrama and Arlen Aguayo-Stewart), with an entirely Latinx cast (Valderrama played the younger sister Penelope), with a crew comprised almost entirely with POC. Feeling proud on a heart level with this one!

Getting the chance to broaden my worldview while exploring new characters. Telling meaningful stories that matter. Getting to see the progress we’re making with representation and knowing that I’m a part of the Latinx women on TV today not playing old stereotypical roles. Feels surreal!

Ceviche, but the way my dad makes it! Ecuadorian ceviche is the best!

Most days my style is dictated by comfort, but I’m an avid wearer of floral patterns, bright colours, and sneakers.

I should sleep more, am deeply sensitive, and can out-eat anyone at the table.

I’ll be auditioning, writing, and producing. I’ll be making the move to LA and establishing a new home base next spring. I’ve completed writing a TV show and will begin pitching it in 2020. I’m also presently taking courses to lead a mindfulness meditation group. My dream is to eventually offer a free space to lead guided meditations for anyone interested in attending.

To me, happiness comes from having a strong sense of self, boundaries, and having relationships built on authenticity.

I start with mapping a list of the things I need to get done for the day. I tackle the ‘need to do’s’ vs the ‘nice to do’s’. I meditate to recenter. I’ll then go work out. I’ll come home and write. I prep for auditions or class. I may have class for a few hours on any given day. I try to sneak in some time with a friend or two. End of the night, I snuggle on my corner of the couch and watch TV with my partner George.

Sleeping in, making breakfast at noon, staying in track pants, pumping that reggaeton, and dancing for a couple hours.

Selena (Quintanila). I vaguely remember her when growing up but her music has become such a staple in my home now. I would want to grab dinner with her, go for a walk, and sneak her to karaoke. No presh, but a Selena concert? Yes please!

What you say yes to is what you also say no to. If you’re not affecting, you’re infecting.

My partner started a program called “Feed Your Hood” a couple years back. They focus on feeding 100 people for $100. He and two friends get together once a month, make nutritious warm food, and hand it out downtown for those battling food insecurity. I volunteer for them when I get a chance.

I see myself being a lead on a TV show, showrunning another show, and building a facility that offers free in-person guided meditations daily. I’d also hopefully be mentoring younger actors and producers who are just getting started.

‘Yo le llego’ by J Balvin and Bad Bunny I’ve been a fan of reggaeton since the very beginning, so I’m excited to see how an artist like J Balvin has become one of the highest streamed artists of 2019. We’ve come such a long way. This particular song has been on repeat since the album came out. It’s my wake-up-and-go! song every day. I’m such a big fan of them both and I was mildly heartbroken when neither sang it at their concerts in Toronto this summer.

I think It’s an excellent resource in your pocket! We have the power to connect using Social Media and build relationships online. I love seeing what people are up to and I often message when watching Instagram stories. The people I follow are generally quite positive so it’s nice to follow their progress and celebrate their wins even if we don’t speak often. That said, I implement boundaries with my Social Media and give myself set times when I unplug.

Quote: “Vulnerability is our most accurate measure of courage”

Book: The Myth of Sanity