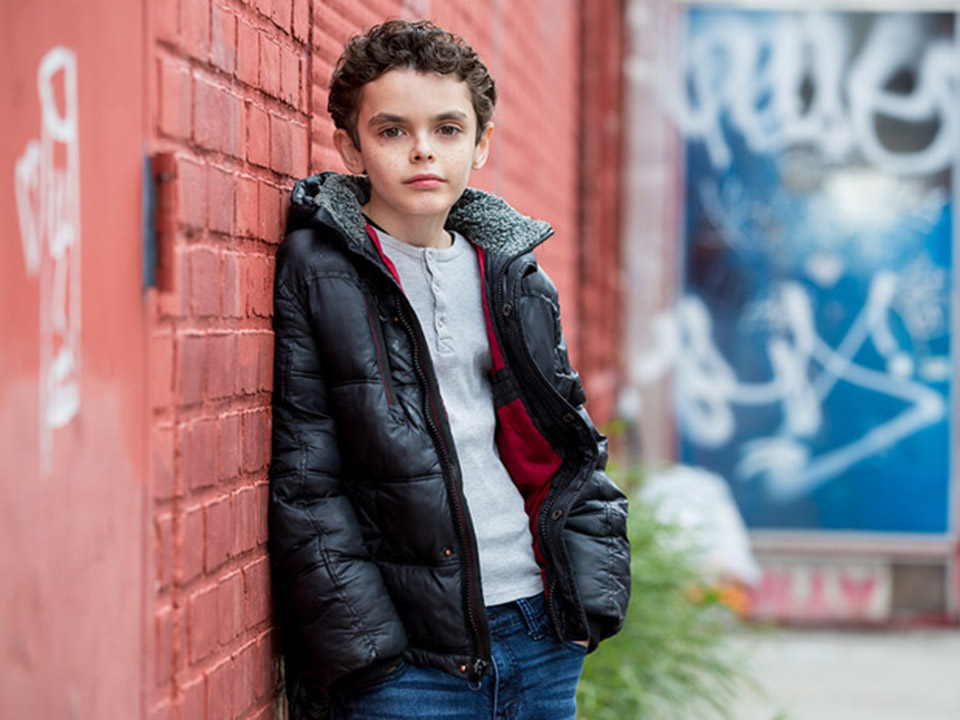 Jacob can be seen playing ‘Seldon Wishnow’ in HBO’s American drama, “The Plot Against America” alongside Winona Ryder, Zoe Kazan, and John Turturro. He can currently be seen playing himself on Netflix’s “John Mulaney & The Sack Lunch Bunch” and was recently seen in Broadway’s “The Rose Tattoo” starring Marisa Tomei. Academy Award winner Marisa Tomei unleashes a tour de force as Serafina, a widow who rekindles her desire for love, lust and life in the arms of a fiery suitor. Sharply directed by Trip Cullman (Significant Other), Williams’ lesser-known gem sizzles with humor and heart in sultry New Orleans. 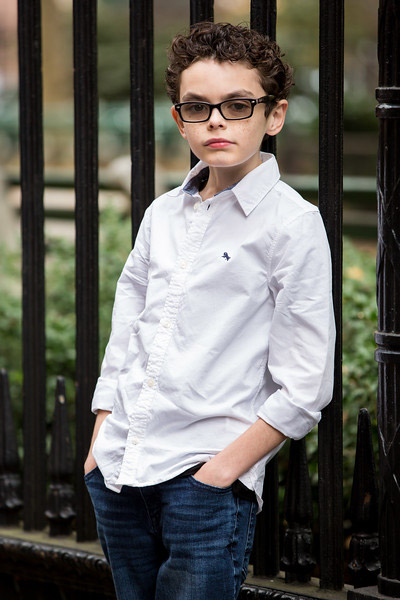 My mother was and is my role model.

I always wanted a job when I was younger and then we found out I could do background work for film and tv so my parents signed me up to do that and then I was signed by Take 3 Talent.

Well, I’m still me, a kid, but now I also have the added responsibilities of a job. Also, I’ve made a lot of new friends working.

The best part is getting to pretend to be someone else who might be a little different from who I am. The worst part is sometimes having to miss school or family events if they are at the same time that I need to be working.

Tell us about your work in HBO’s American drama “The Plot Against America?”

Well, it was a 6-month commitment from April to October and I had to be ready to work on any days that they needed. I ended up working on my Mom’s birthday and my birthday but it was cool because they had a cake for me on the set!

And about your role as Seldon Wishnow?

How was working alongside with such a talented cast like Winona Ryder, Zoe Kazan, and John Turturro?

Everyone was kind and professional. I didn’t get to work with John Turturro but I’ve met him and he is so nice. I was in a couple of scenes with Winona and she is so nice! I liked her. I worked with Zoe in a few scenes and she was very kind and she and I have the same birthday too!

And about Netflix’s “John Mulaney & The Sack Lunch Bunch?”

It was an amazing experience! John is so awesome and I made a bunch of new friends! We shot it in the summer times and it was like being in camp!

I read the script, I learn my part and then I make character choices and then I take advice from the director about he wants me to perform it. 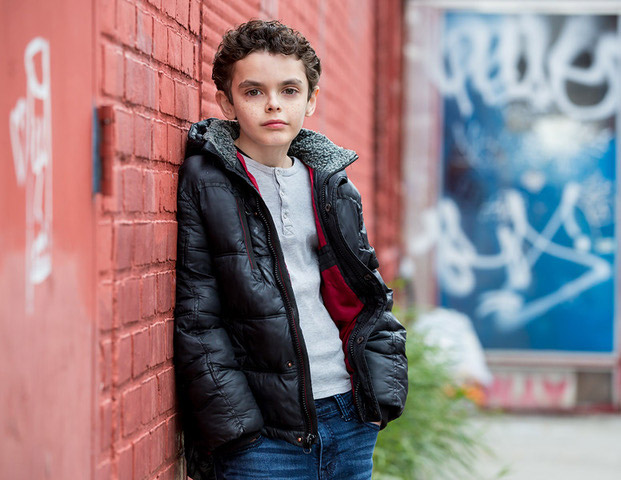 I was in The Rose Tattoo starring Marisa Tomei on Broadway in the fall. 2 of my Sack Lunch Bunch castmates Isabella Iannelli and Alexander Bello were also in it with me so we already knew each other. I’ve also been on Sesame Street and gotten to work with Elmo! I have an upcoming project in September.

Seldon is very serious and never gets to be funny and in the Sack Lunch Bunch, I was playing myself. I think it would be fun to do a role that shows my funny and serious sides.

The most rewarding parts are getting to travel to new places and meeting and working with the crew and other actors!

I like to look mostly casual but I also enjoy dressing up for occasions. Michael Fusco helped me get ready for the premiere of Plot Against America and he helped me pick the perfect outfit!

A deal-breaker on a first date would be that they need to have the same political views as me and they also can’t like the Boston Red Sox or the New York Mets!

I asked my best friend how she would describe me and she said an amazing friend. I try to be kind and thoughtful but I’m also not afraid to stand up for myself if I feel like someone isn’t being fair or nice to me.

I was supposed to have been shooting a movie but it is on hold for obvious reasons. Also, I’m excited to say you’ll be able to see me in several episodes of Sesame Street in the fall/winter.

Everyone, you know being healthy and happy and no big world problems like what is happening right now.

Well, a normal day used to be waking up in the morning, going to school, then coming home, doing my homework immediately to get it out of the way, practicing any extracurricular activities, like my speech and flute. I then use any free time before dinner to play video games or go on my phone. Then after dinner, I use the rest of my free time before sleep to get ready for the next day and to read. But now things aren’t normal and I have school at home online. There are pros and cons to this. It’s a little easier to just get off bed and go to the computer. I don’t have to leave the house but I also miss seeing my friends and my teachers in person. We have had some video calls with all of my classmates though and that was fun.

My idea of a perfect Sunday is waking up late, having breakfast and then staying in all day playing on my phone and video games!

I would love to meet FDR. He helped the country through the Great Depression and WW2. He was such a strong leader.

Believe it not Brussels sprouts the way my mom and dad make them, and red peppers.

Try to Reese everyone the way you hope they will treat you. Also, wash your hands for at least 20 seconds and don’t touch your face!

I support all kinds of charities for the homeless, different illnesses and even political so long as they match with my political views.

My family and friends, my work and my phone!

Hopefully still working great projects with other amazing actors and crew members, being in high school with friends and walking around outside without being afraid to catch a virus.

Defying Gravity. I like the message of going against the odds.

Honestly, I don’t listen to a whole lot of music but I mostly like show tunes and some pop music and rock and roll.

It’s a great way to communicate with my fans. Also to see what people think of certain topics. My only problem with it is the trolls.