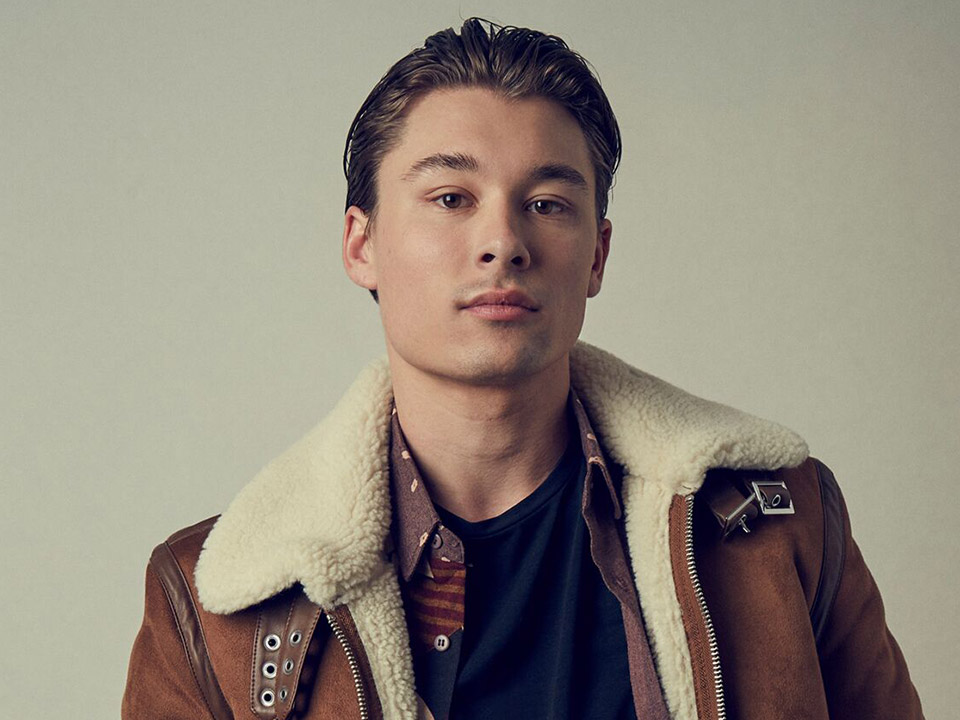 Phillip portrays ‘Apollo,’ a quiet and calm natured dreamer, who works as a mechanic, and brings his musical talents through drumming to the show. The series is a genre bending take on a coming of age story, where a group of teens in a distant future colony uncover a forbidden archive of historical, cultural, and musical relics. With the help of rap icon Snoop Dogg as the voice of the futuristic Siri, they use the power of music to ignite change in their reality to expose the truth. 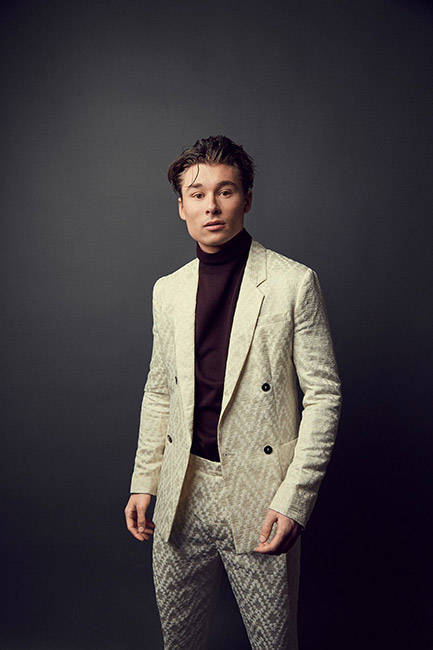 Hi Phillip, please tell us a little about you?

I was born into a family of 8. I have 2 sisters and 5 brothers. I was homeschooled most of my life and spent a lot of time in front of the piano, violin, and drums. I love horseback riding and it’s not because my name Phillip means “friend of horses.” I have a pet bird named Pipette who I bring with me everywhere.

I started acting on stage at a very young age when my mother put me into a theatre production. I don’t think she ever thought I would fall in love with this craft to the extent that I did.

It has changed my life in a lot of ways. Of course, there are always positive and negative traits to everything but I would say for the most part it has changed my life for the better. I feel very blessed for the position I am in but it’s not all sunshine and rainbows even though it might look like that from the outside. Being an actor and tapping into dark places and emotions is a very intimidating thing especially when you fully commit to it. We are there to feel things that most people are too afraid to feel. It’s very important to take care of yourself mentally before and after you take yourself to those places. I think that’s where a lot of actors go wrong; they don’t ground themselves after performances. Then when they start to see these deep emotions re-surface because they haven’t properly taken care of themselves they don’t know how else to handle it but with a cup of alcohol or drugs as a suppressor.

The best part for me is hoping that through my performances I will be able to affect someone watching who feels like they can maybe relate to what I’m going through on a certain level. I think that’s some of the most therapeutic work for some people is to see that they aren’t alone; that others are going through similar things and have made it out on the other side ok. You just have to be street smart to avoid the “bad” parts of being an actor. There are a lot of pressures in this industry and in Hollywood that you can easily fall victim to but if you have the right people around you and a good head on your shoulders you can navigate this crazy world.

Tell us about your work in Hulu original series “Utopia Falls?”

Utopia Falls was one of the most rewarding shows I’ve worked on for a multitude of reasons. One that stuck out for me the most is the incredible theme throughout the story. The creative team behind the scenes truly are visionaries and had a huge influence on me in the show. My character goes through something really tough on him mentally and if it weren’t for the support of the team around, it would have made my job a lot harder.

And about your role as Apollo?

Apollo was a really enjoyable character to play. His morals and values are very aligned with mine and so every decision he made I agreed with. I love his sense of adventure and that he’s not scared to take risks for things he believes in. 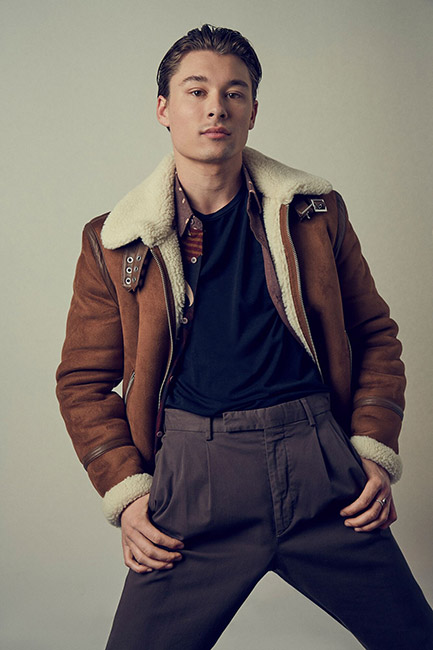 To simply summarize Utopia Falls, it follows a group of teens who discover unsettling things within the society they are living in and then take a stand to rebel against strict social rules. Each character discovers knowledge about their cultural, history, and destiny in the process.

My preparation is different for every role depending on how much I relate to the character. The similarities between me and the character will decipher which method or approach I take.

I like the characters who are dealing with real-life stuff. The things that most of us struggle with daily. I find that the characters I play tend to be in sync with what I’m dealing with at that moment in life. It’s a great outlet to be able to express that through a character. I study mental disorders and people with dark mysteries going on inside.

Someone who didn’t understand my OCD tendencies.

I’m with one of my best friends and she says: “you are very work-oriented with the things you are passionate about, intelligent, creative, and you’re always down for an adventure.”

What’s next for Phillip Lewitski in 2020?

I’m very excited to start shooting a feature film later this year. It speaks on a lot of very important social issues going on today.

Happiness is a constant journey that you discover every day. I don’t think I have quite figured out a formula for it yet.

A nice warm cup of tea with some calming music playing outside soaking up mother nature.

Heath Ledger. Heath was one of the biggest inspirations that got me into acting in the first place. His performances are so free and naturalistic and I was immediately attracted to his methods from the first moment I saw him on screen. I have learned a lot from him and continue to implement his techniques in my own work.

One word and if you live by it you can’t go wrong. Love.

I don’t believe in foretelling the future for myself. I have always believed that life will present me with exactly what I came here to do and there’s no way of me possibly predicting that. Life has taken me off my feet time and time again and even the things that I am frustrated with were exactly what I needed at that moment and it was only further down the road that I realized it. I have a lot of trust in God and the universe.

Hawaii ’78. It speaks on the founders of the land and what their impression would be if they were still here and saw the land today. What would they think about all the destruction and modern technology in today’s society. It talks about the sacred and religious land that used to hold value and how people see it as nothing but real estate now.

I think it can be a valuable tool but it can also take its toll on you. I think there is a balance in everything. Where a lot of people go wrong is they directly compare their lives to the lives of the people they look up to on social media. What they don’t realize is that people’s social profiles are nothing but a glorified version of their life. Almost no one posts videos or pictures of themselves struggling or in a bad place, it is a filtered version of their lives with nothing but the good stuff. People can get really depressed and down on themselves if they are constantly comparing their lives to those on social media. You have to spend more time on yourself and your own life instead of living vicariously through someone else.

Quote: “Even though I walk through the valley of the shadow of death, I will fear no evil, for you are with me; your rod and your staff, they comfort me.”

Book: The Catcher in the Rye J.D. Salinger