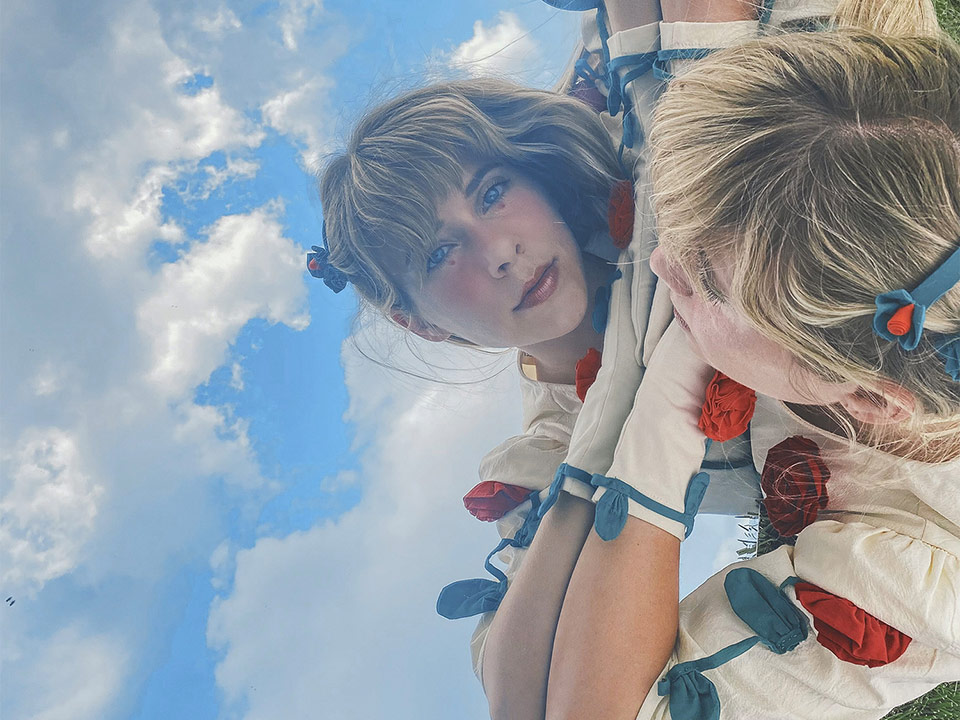 Check out our interview with LA-based actress/artist Skyler Day who is releasing her upcoming (9/3) EP Songs From The Greenhouse.

Skyler also was handpicked by Kacey Musgraves for a mentorship that focuses on putting more women on stage at major music festivals, and she’s set to play the ACL Festival this fall! Day has sold out iconic venues like the Troubadour. On the acting side, Skyler can be seen on her roles in Parenthood, Law & Order: SVU, Pretty Little Liars and The Resident.

Hi Skyler, please tell us a little about you?

Hellooo. I’m a singer, songwriter, producer and actor. I was born and raised in Georgia and moved to California with my mom, dad, sister, and twin brother at 13. I’m obsessed with all things Fall, my favorite hobby is making pasta from scratch, I love horror movies, and I’m the person whose inner child is still holding out hope that I’ll receive my letter from Hogwarts. Also, I have a new EP coming out September 3rd called “Songs from the Greenhouse”!

When I was little I started by performing in school plays, singing in the church band, etc. Then at 10 I discovered songwriting. And that was it. I was hooked. I started writing constantly and learning everything I could about songwriting. It’s what drives my love of music and performing.

My grandma Betty is the only one in my family who was really in the music world while I was growing up. She’s a singer, pianist, and performer so she was definitely the one who planted the seed. I really decided that music was something I wanted to do when I wrote my first song at 10. I’m sure that sounds a bit nuts but it was the feeling I got from sharing that song that made me go – woah, I don’t ever want to live without this feeling, this connection it creates. My grandfather was dying of cancer and I would go sit next to him and sing all the songs I knew. Then one day I ran out of songs. So I decided to write one for him. At that point, he wasn’t able to be responsive but the day that I came in and sang him that song – he smiled. I knew he heard it and understood that it was for him.

I play guitar and piano. I’m also determined to get a waterphone, an instrument used in horror movie soundtracks, and learn to play it. It’s the coolest thing ever.

Tell us about your new EP “Songs From The Greenhouse?”

When we went into lockdown last year I decided to really dive into learning how to produce my own music. My husband and I turned this tiny shed in our backyard into a studio which we ended up calling The Greenhouse (I painted every inch of the inside dark green). I spent every waking second in there for 5 months — taking courses, watching youtube tutorials, writing, recording, mixing. Eventually, I wound up with a 5 song EP and figured calling it “Songs from The Greenhouse” would be a fun nod to my journey of learning how to produce.

How long do you have? HA! Just kidding. I’ll give the short and sweet versions.

Track 1 – Solo Cup
I wrote this song during lockdown because I felt incredibly lost as an artist, both as a musician and as an actor. To be honest, I felt disposable. So this song really rips into the feeling of your identity being this thing that you do and what happens if you aren’t able to do that thing anymore. Who are you without it?

Track 2 – Habits
I wrote this one really quickly after a phone call with someone who, as soon as I answered, talked for 42 minutes before asking me a single question. I clocked the 42 minute mark and thought – this needs to go in a song.

Track 3 – If Not
This song was written from the perspective of a friend who’s been with her person for quite a while and wants forever but is starting to doubt if they truly feel the same.

Track 4 – A Frame
I was renting an A frame cabin in the mountains over Christmas. I couldn’t sleep, I was staring at the A frame ceiling, and I started laughing to myself that I was “losing Z’s in an A frame”. I wrote it down in my phone, thinking it would be hilarious if I could work that into a song. The next morning I grabbed my guitar and sang that lyric. I definitely thought it was lame at first but then it grew on me. I tried to figure out what it could be about and then I started thinking about a friend of mine who was going through a really intense breakup at the time. So I wrote from their perspective.

Track 5 – The Best Worst Thing
This song started as a kind of therapy exercise, writing a pros and cons list about a past relationship that still affected me from time to time. The idea was to call out the bad things about it and acknowledge them and then put the focus on the good things that came from it. Eventually this turned into the best worst things list. I took everything from that list and put it into the song.

Anytime someone tells me that one of my songs made them feel less alone or more understood or that they just relate to it at all. It’s the greatest feeling in the world to connect like that. 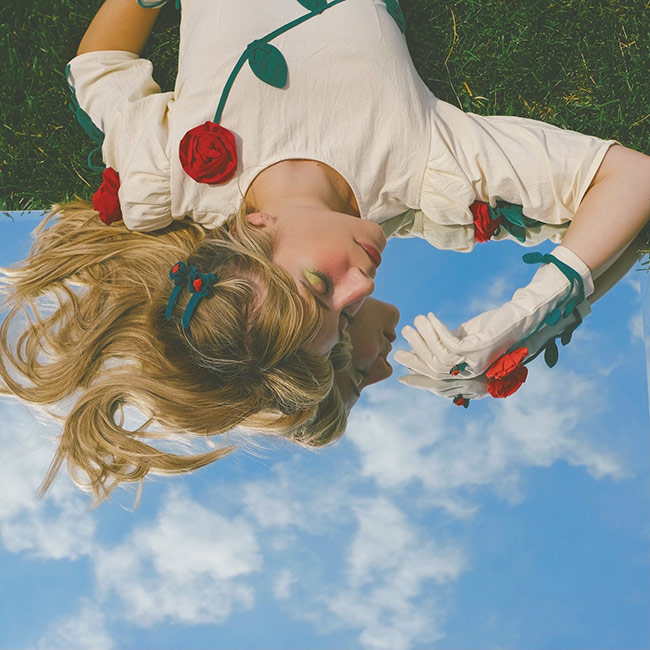 “Big Magic” by Elizabeth Gilbert. It’s my bible for creativity.

Something that has stuck with me and that I also have to constantly remind myself — connection over perfection. Truly connecting with whatever you’re doing is so much more important and fulfilling than trying to do something “perfectly”. Perfection is boring anyway.

First up, releasing my EP “Songs from The Greenhouse” on September 3rd! Then I’ll be playing my first major festival, Austin City Limits Festival, in October!

It changes a lot but I’ve always been a fan of 50s-70s vintage or vintage inspired clothing. I’m also into anything that’s a bit whimsical or has embroidery. Seriously, slap some whimsical embroidery on anything and I’ll wear it. It fascinates me.

Well first off, I don’t think happiness is a destination of any kind. I think it’s more like a skill that you constantly have to work on and cater to. All that to say, happiness to me might be – being able to be in the moment wherever I am, in any situation, and letting it be exactly what it is… not comparing it to something else, not trying to change it for fear that it could be “better”, just a full open-eyed appreciation of all the moments we get.

There’s too many!!! The first person who came to mind is Elton John because I’m pretty sure he is the coolest person on the planet.

Ok get ready for the cheese! Best advice I’ve gotten? Stay true to yourself. You can’t create something that will last if you don’t believe in what you’re doing. You might get by for a while, but you won’t be creating a strong foundation that you can build on for your whole life. So do what you truly want to do and make what you truly want to make. From the outside, it might seem like nothing is happening but that’s because what you’re doing is growing deep roots that can ground you and make sure you don’t fall at the first sign of a storm.

Yes, Food on Foot! It’s a non-profit in LA that focuses on assisting unhoused and low-income neighbors with food and clothing while also providing the opportunity for a fresh start through life-skills training, full-time employment, and permanent housing.

“Both Sides Now” by Joni Mitchell. Joni released the original version in 1969 and then re-recorded it in 2000. The first version is a lot lighter, more whimsical and in the later version you can hear how much life she has lived. It’s incredible how the feeling of that song shifts so drastically. It gets me every time I hear it.

I think it’s like anything else – good in moderation. It can be such an amazing tool to share and connect with others. At the same time, it can also be a toxic place that breeds insecurity and disconnection. I think it’s really important to remember that everything on social media is curated and that being in the moment in your own life will always fulfill you more than looking at the highlight reel of someone else’s.

Book: Big Magic by Elizabeth Gilbert, the Harry Potter series and anything by Ruth Ware

Quote: Today you are You, that is truer than true. There is no one alive who is Youer than You. – Dr. Seuss

Movie: Stepmom. It’s been my favorite since I was 11 and will probably be my favorite when I’m 100. I also can’t leave out my dear friend Harry Potter.