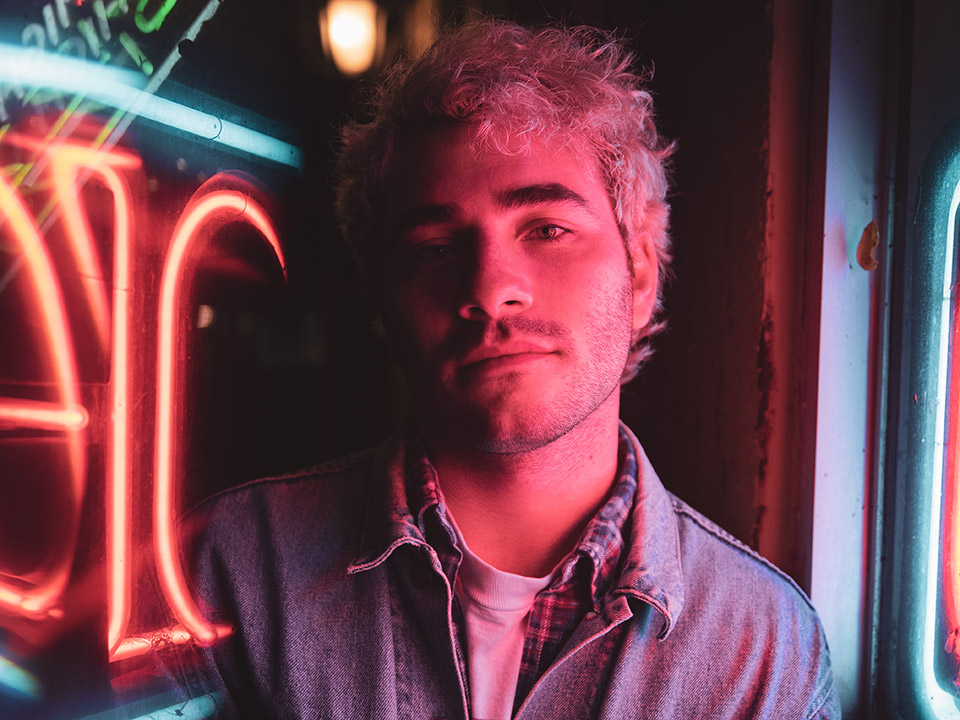 Check out our interview with LA-based alternative pop singer-songwriter Theo Kandel who just released his latest project, Spin Cycle. The six-song concept EP is musically complex, layered, and blends a variety of instrumentation to articulate the cycle of post-breakup emotions.

Hi Theo, please tell us a little about yourself.

I’m Theo Kandel – the best way to describe me is an alt-pop singer-songwriter; a genre bender of sorts. I grew up in New York City and moved to Nashville to attend Vanderbilt – I stuck around Nashville for two years since graduating in 2019, and now I’m moving to Los Angeles this summer. I think my story is kind of like throwing stuff at the wall and seeing what sticks. I’m always experimenting with genres, and in the last two years I’ve released anything from pop to rock to electro-folk to Americana, with as many micro-genres as you can think of filling in the gaps. I never really wanted to get tied down to one genre. The best artists and songwriters can’t ever be pigeonholed, and that’s a good thing – then people just appreciate their work as just good music. That’s what it’s all about for me at the end of the day – making plain old good music that people can find a little bit of themselves in.

We’re sure you have been asked this a million times, but how did you get in the industry?

I went through all the classic career goals as a kid: astronaut, baseball player, archaeologist, blacksmith, concert violinist, chess grandmaster – all of it. I started playing guitar when I was 12 (influenced by Rock Band and Guitar Hero? definitely) and that was also about the time that I began writing songs. Terrible songs, gut-wrenchingly cringy songs, you know how it goes.

The more I wrote songs, the more it felt like the best way to combine a lot of my interests into one focus. I remember playing a song of mine at a small performance in high school when I was 17 – everyone was totally silent, and after I was done, one of my friend’s dads came up to me and said, “You know, that was a real song.” I can always point to that moment as particularly inspiring, and one of the reasons I wanted to be an artist and songwriter.

Okay, storytime: I’m 11 years old, absolutely ripping through Rock Band on my Xbox 360. I decided to attempt the song “Dani California” by the Red Hot Chili Peppers on hard – a classic, but a mouthful. I’m not going to lie – I nailed it. 100% I think? Anyway, I’m basking in the cheers of the simulated crowd, and I literally had the thought: damn, maybe I’m actually a decent singer. The rest, as they say, is history.

Yep! I play violin and guitar, with a bit of banjo, bass, and other odds and ends in there as well.

Tell us about your new “Spin Cycle” EP?

Spin Cycle is, in most ways, a breakup EP – a snapshot of where I’ve been at this last year. It’s kind of like an anthology in that way, with each song functioning as a kind of short film or vignette that builds into a bigger whole. The EP loosely follows a chronology of sorts, tracing the timeline of a relationship.

What’s the story behind the 6 songs on the EP?

It’s funny – until this EP, I haven’t put out any songs that were co written. I’m not exactly sure why – maybe it’s the part of me that wants to do everything myself – but that definitely changed when it came to making Spin Cycle. Some of my best inspiration comes from working with other people, whether that’s in the songwriting process or the production process. For “I’m Not Happy Now (Either),” my good buddy Jarren Blair (who’s an awesome awesome artist based in Nashville) was actually just chilling in our house and we kind of had this impromptu writing session. I had had the title in my notes for a couple weeks, and we just decided to write to it. The whole song was written in probably an hour – the kind of song that just comes out easily.

I wrote “Spin Cycle” with Claire Flynt (another great songwriter in Nashville), and for that one, we wanted to capture the essence of what the EP is about, hence the title. Getting caught in the same loop, the same kind of circular thinking that can feel so destructive to your life.

For the production process, I worked with my roommate and longtime friend Ben Pleasant (Beep) and my really good friend Justin Johnson, who has produced most of my music so far. Justin works with some other amazing artists in Nashville, and his work with country artist Priscilla Block has made him the “youngest producer on country radio.” With both Justin and Ben, the production process is a collaborative effort, with each of us bringing our own thoughts and inspirations to the table. “I’m Not Happy Now (Either)” and “Anaconda Hearts” are the first songs that Ben has produced with me, and it was such a cool process to finally be able to put our minds together and make some of the coolest music that I’ve released so far. Justin is a wizard – and absolutely lit DJ – and can really make any sound that you could ask for.

The best part of the process for this project has been the collaboration – it’s so much more fun to make music with your friends than on your own, and you never know how much someone can add until you try. 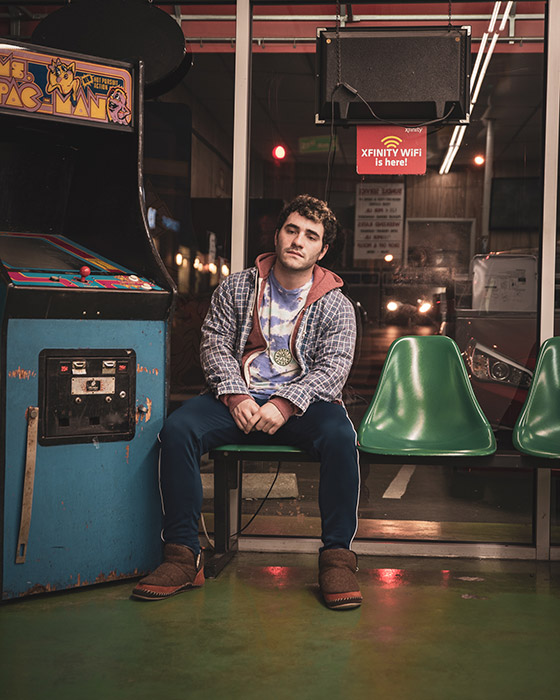 It’s been awesome to hear from some of my fans that my music has become a fixture in their lives in some way – that is absolutely insane to me and the total dream. What isn’t rewarding is the amount of stress and anxiety I put on myself when I check my streaming stats, follower counts, etc. That gets exhausting.

Going on a mini tour in August! I wanna play some shows again for people, hopefully more people than pre-pandemic. I just moved to Los Angeles, so I’m trying to find where I fit into the music scene out here as well – Nashville was my home for six years, and I fell into a nice groove there, but you gotta keep moving, changing, and exploring what else the world has to offer. Now that more and more people are getting vaccinated, it feels like this is the year to meet new people and reconnect with the ones I haven’t seen in a while.

“1952 Vincent Black Lightning” by Richard Thompson. Just a perfect folk ballad story that is gut-wrenching and lovely at the same time.

Red Rising by Pierce Brown – not at all for entrepreneurs, but it’s the best book series I’ve read since Harry Potter. No joke – it’s better than literally anything else.

What is a typical day in your life?

Wake up (obvi), work (my day job), absolutely pump iron at the gym (with my bois), work on music (hopefully), sleep (poorly)

“All Right” by Christopher Cross – a BANGER

I learned a word when I was studying abroad in France that kind of perfectly describes my style: bobo, as in bohemian-bourgeoisie. It’s like when you spend $50 on a ripped, vintage t-shirt that’s only cool because of how many holes it has.