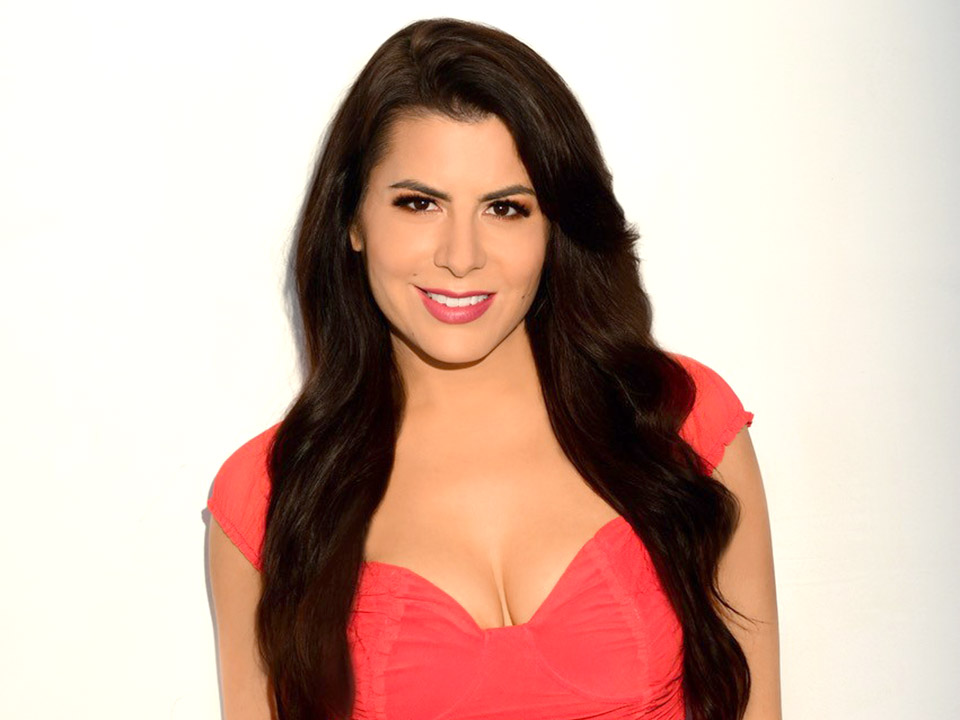 Check out our interview with Latin Actress, Writer, & Producer Katherine Geren who is behind the hotly-tipped new pilot series “Elisa’s Almost Thirty” that follows ‘Elisa’ (played by Geren) who on the brink of turning thirty meets a father she never knew existed, throwing her into a quarter-life crisis after learning her newly moved-in father is sleeping with her roommate. 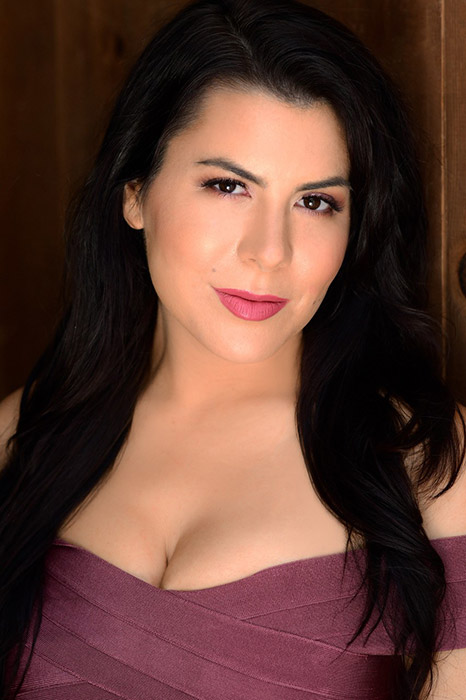 Hi Katherine, please tell us a little about you?

I was born and raised in the Silicon Valley region of the San Francisco Bay Area and am actually adopted. I was adopted at birth as well as my older brother who was adopted from another family. Not only was I lucky enough to grow up in such a culturally diverse area, but true and unconditional love was taught to me at a very young age. I am of Spanish and Peruvian descent and have loved learning more about my ethnic history as I’ve gotten older. I am passionate about the environment, animal rights (I have been a vegetarian for 16 years), and helping give back to the community.

I have always been fascinated with telling stories and conveying the human condition through words. Deep down I always knew I wanted to write for the screen but was too embarrassed to admit it to the outside world, so I fell into commercial acting hoping it would lead me down the path of storytelling and it did exactly that! I was scouted by agents while living in San Francisco in my early 20’s and began working as a commercial model and actress. The love of creating a world on set led me down to Los Angeles and I haven’t looked back!

It has shown me what true hard work and determination looks like. This industry isn’t easy or for the faint of heart. There have been so many times when I have been knocked down but no matter what I always kept going. Once I started to book consistent work and make a living off being an actor I really began to believe in myself and that’s when everything changed for me. Once I started to believe in myself all areas of my life began to change for the better.

What is the best and worst part of being an actress and an executive producer?

The best part is seeing your work come to life right in front of your eyes; it’s rather surreal to see words that were once on the page magically become a real tangible world that is created. I love bringing creatives together and watching the magic happen.

The worst part? All the stress! Especially on the exec producer side! Making sure every piece of the production puzzle fits together (locations, talent, contracts, rates, agents, lawyers, crew, crafty, parking, insurance, permits, gear, rentals) is a true skill!

My wonderful acting teacher, and the Director on Elisa’s Almost Thirty, Raquel Gardner has transformed by work. She has taught me how to take my time with my character by developing a robust backstory that feels authentic to me. I try to bring my own life into my characters to ground them. I go over my lines for days until I am so at ease with the words that when they come out on set I am able to experiment with my scene partners and really develop real chemistry that allows us to play off of each other.

Tell us about your work on “Elisa’s Almost Thirty” series?

I originally wrote the series a few years ago when my cousin Amber (who has since tragically passed away) came to visit me in LA. Anyone who knew Amber knew what a dynamic and powerful presence she was. Her charisma would steal any room she walked into. She was a light that the world will never get back. The high-jinks, fun, (and trouble) we got into was like nothing I had ever experienced before. I told her at the end of her visit that I had to write a show about us. I wrote it initially with the wish of her starring in it, and when she passed and after my grieving process I knew I had to tell the story. Then, in real life, my own birth father contacted me out of the blue right around my thirtieth birthday which completely made me go into my own (albeit way less cute and camera-friendly) quarter-life crisis and I knew I needed to add this layer of complexity to the script and out came Elisa’s Almost Thirty!

And about your role as Elisa?

I would say she’s a little me, and a little bit of Amber. I wanted her to be every girl struggling to find herself, regardless of age. We all go through huge life transitions that throw us for a loop. We all face incredible challenges that change us in ways we never knew we needed to change. I wanted to tell that story; the story of the person on self-discovery and of the person who knows they need to change but are terrified to. Having just come out of my own personal transformation I wanted to write a character that was facing just that.

I am currently shopping my feature film ‘The Whistling Trees’ which is based on a Reddit No Sleep short story that I optioned. I turned the fan favorite into a gripping, thrilling psychological horror screenplay that I am incredibly proud of. To me the scariest stories are about the monsters in your own mind, and that’s exactly what this story is about. I am also writing a few scripts for some people that I can’t talk about, but cannot wait to share! Great things are happening!

My writing voice is very much strong, but broken female protagonists that are searching for their way out. Ways out of their own way, ways out of a marriage, ways out of a mental illness- a way out to the other side. I love telling that story because anything that exemplifies the complexities of the human condition is what I aim to portray. I have found that you can tell that story through either comedy or drama which is so fulfilling because I love writing and performing both!

Seeing people enjoy my work. Hands down. While filming the pilot, having the actors, crew, and others come up to me and truly love the words on the page was the best gratification to me. I aimed to make people laugh and that’s exactly what my words did; I can’t think of anything more rewarding!

Don’t give up! And don’t be so hard on yourself! This town is hard enough. Take time to really learn about who you are and be proud of your unique gifts. People hire people who are themselves; not because they are carbon copies of someone else. Finding what makes you special and bringing that to your work is what sets you apart. Embrace yourself fully! And also- create your own work! Whatever it is, whatever medium it lands on, there is no downside to creating your own work. You will learn so much about casting and what it takes to bring a production together which is immeasurable.

Don’t burn bridges. This town is small, and I am proud to say that everyone I have ever worked with either hired me again or referred me to another client. I think professionalism and a positive attitude go very far in this business and people remember bad attitudes! Don’t be that person.

A little cooky but will always make you laugh.

This suggestion may not be for an entrepreneur per se, but it was very eye opening for me; ‘The Subtle Art Of Not Giving A F*ck’. As someone who grew up as a people pleaser this totally transformed the way I looked at the world. Not everyone is going to like you, and that’s okay.

What’s next for Katherine Geren in 2021?

Getting more of my projects made!

Mangos. I could live off of mangos. Dried mangos, fresh mangos, frozen mangos, mango juice. You name it, I’ll eat it!

Being around my friends and family and everyone being happy and healthy.

Jim Morrison. He’s a God to me.

“Dance like everyone is watching.” To me that means that the world is always going to judge you, so you might as well have fun being you.

I am an active supporter of the ASPCA and also volunteer with the LA Food Bank regularly.

I hope to be working steadily on Elisa’s Almost Thirty and be in its third or fourth season and have made at least three feature films as a writer, actress, and executive producer.

I think it’s great but I am horrible at it! I am actually a rather private person and don’t like to post a lot about my personal life, family, and daily life. I really am in awe of people that can post daily and show their lives so openly, it’s really a very vulnerable thing! I feel like I am vulnerable enough in my work so I like to keep my social media rather light. I wish I was better with it!

Quote: “Drink wine. This is life eternal. This is all that youth will give you” – Omar Khayyam

Movie: Requiem for a Dream