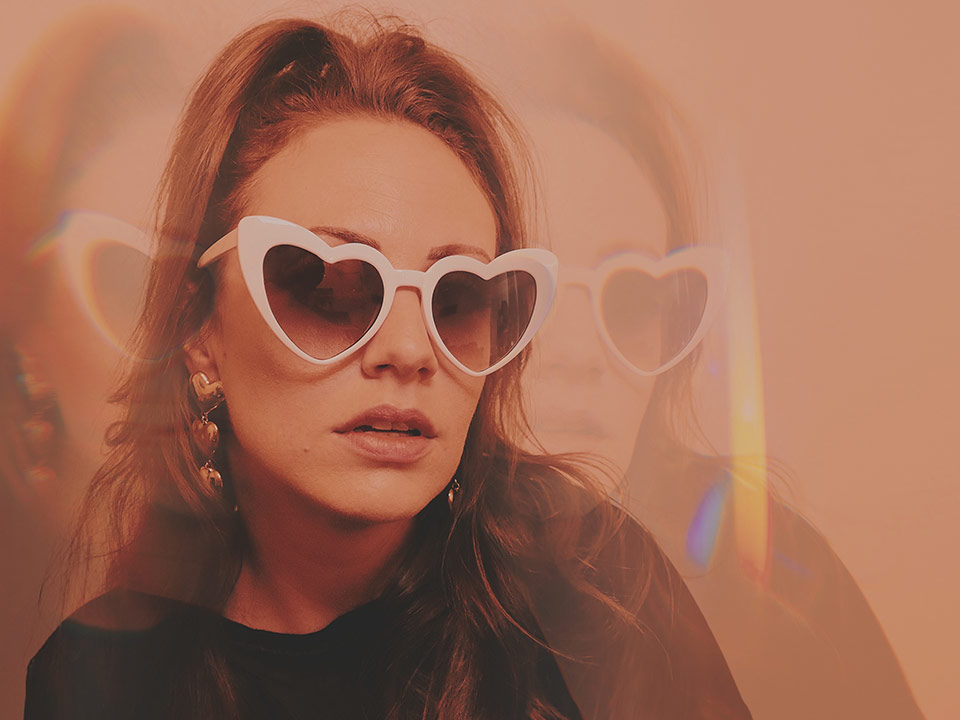 NADA ROBOT was founded by husband/wife team Addam & Mia Farmer, shortly followed by the addition of brothers Heath & Austin Farmer. Having grown up backstage at Beach Boys concerts, the Farmer brothers gained an affinity for musical innovation at a very early age.

Their debut single “Got It Good” is a fun, empowering track featuring alt rock guitar riffs, funk basslines and experimental production. The epitome of NADA ROBOT’s sound, “Got It Good” features confident vocals, oozing with attitude and a strong, pulsating rhythm emitting a rousing effect. The single details not compromising on what you want and what you deserve in romantic relationships.

Then there is “December 1999” – a more serious song about the “End of the World” Y2K days. Sonically “December 1999” shimmers with ethereal, layered vocals and move-inducing melodies, creating a delightfully infectious track perfect for those summer playlists.

The Farmer brothers grew up backstage at Beach Boys concerts; I grew up in a family of performers, so I think for all of us being in the arts was inevitable. We all found success in music professionally and stuck with it.

I’ve never really considered doing anything else.  I’ve been influenced by so many different artists – Dionne Warwick, Chrissy Hynde, The B-52’s, The Bird and The Bee, The Carpenters…I could go on. And on. And on.

I play piano, and a meeean recorder, haha!

I get nervous if I’m unprepared for any reason, but typically only seconds before stepping on stage.  Once there, all nerves disappear.

Tell us about your new single “Free Love?” What’s the story behind this song?

Heath says it best, who wrote the lyrics & original demo for the song: From HEATH FARMER, who wrote the lyrics & original demo: The lyrics speak to the universal, inter-generational truth that love is the most powerful currency in the world. It motivates people to do things they otherwise wouldn’t do, even if it’s at their own expense. I’ve always been intrigued by lyrics that articulate that with histrionics—“Ain’t No Mountain High Enough” almost feels hackneyed today, but it’s persisted over the decades because people can relate to that idea that nothing “can keep me from getting to you.” And yet, you gotta wonder: was it really an exaggeration? People move to other parts of the world all the time to reunite with loved ones, and in that same vein, people will go dirt broke for a shot at love too. At the chorus, we say “they call it free love,” with emphasis on “they” because it’s unclear on whether or not “we” should call it that. Is love really free? This song serves as an existential thought experiment disguised as an indie-pop song.

When first developing the instrumental backbone, I really just wanted to make a song that felt like you would want to groove to it in any setting—at the beach, in the car, on a jog, or even in the kitchen. Yeah, it’s fun at a show to play those songs that make you feel like you gotta drop your bags and start pumping your fist, but the songs that will randomly manifest in your head at the pace of your own stride are the ones that invade your life. I feel like most songs in that category are your standard four-chord based songs—and we all love those too—but the ones that are centered around a fun bass line seem to be the most memorable, and that’s what we tried to accomplish with “Free Love.”

Vocally, there’s a lot of cool stylistic things that Mia and Addam came up with that I would have never thought to do on my own. The song starts off with Mia’s voice taking center stage while all the instruments kind of fall into place around her. It all gets tied-together at the chorus where the vocal line settles on its focal point and the flow of the song starts to make sense. After the second verse, there’s a harmony based section that was influenced by the likes of Destiny’s Child , Gwen Stefani,and The Supremes, and I thought that was really fun because I would have never envisioned an element like that at the onset of the song-writing process. The song is multi-faceted with a lot of our many influences, but most of all it’s an expression of a song that we just wanted to have a lot of fun with.

Outside of Nada Robot, we’ve all been working professionally for years. Individually, we each lost 99% of the live gigs planned through the year. As a band, we decided to use the year to write and produce as much as we could, so we are looking forward to continue releasing until live venues open up again.

I would love to perform on the Howard Stern Show.

It’s all rewarding – from start to finish, and we are so thankful and recognize how privileged we are to be making music at this point in our lives.

From the beginning stages of songwriting, to hearing our ideas come to fruition, to sharing the music with our friends family and fans, to ultimately performing the music live – even any bumps in the road – are ultimately rewarding.

We are excited to release some new music, and ultimately a full length.

I know it’s so cliche, but “Here Comes the Sun” by the Beatles is my absolute go to, whether things are good or bad.  The melody is just so beautiful and pure and the song is my personal reminder that the sun will always rise.  And, simply, it makes me feel good – and I think that’s the most important thing!

I would’ve loved to meet Anthony Bourdain and have what would likely be a fascinating conversation while eating some incredible food.

Being able to quickly adapt to any situation.

During COVID it’s been a little different. These days I use Sunday to take a deep breath and reset for the week.  First, coffee. Then I like to watch a few episodes of The Office, do some writing with Addam, and cook a really comforting meal for dinner.

Favorite song to belt in the car – “Starman” – David Bowie
Karaoke makes me more nervous than anything but if I do, it’s gonna be “My Heart Will Go On” from Titanic.

Happiness to me is feeling content.  It is recognizing the things in life that I am thankful for. It is knowing that my loved ones are safe and cared for.

Cucumber, tomato and avocado “salad” with olive oil and lemon juice.  I could eat it all day every day.

Finding out they didn’t believe in tipping a server properly.

Probably a bit TOO casual. Comfort is my key.

Overall I think it’s an incredible way to stay connected and creative. I love that it gives so many people an opportunity to get their artwork into the world as well.  But, I also think there are some negatives, like comparing yourself to others or checking out of the real world.

Travel Destination: Northern Michigan – might not seem very exciting, but it’s my favorite place in the world.