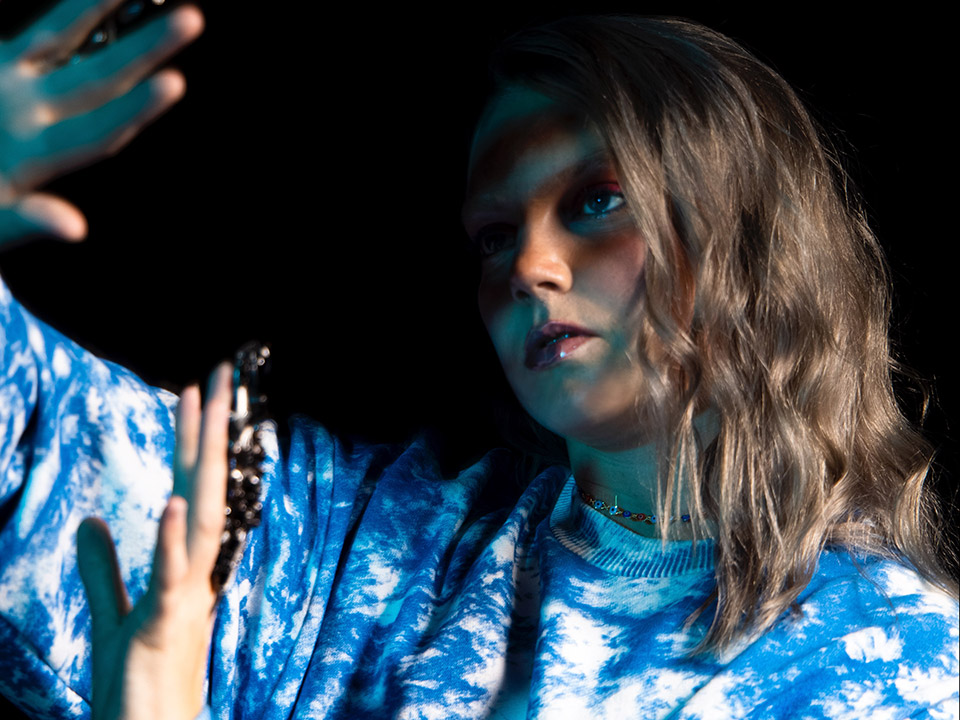 Check out our interview with London based pop singer-songwriter Tiggi Hawke who recently released her new single “Back To You.” This release comes after the success of Tiggi’s 2021 dance hits “Ride Or Die” and “Gonna Run,” as well as 2020 hit “High Season,” which has now grown to over 1.7 million streams on Spotify and is still growing. This all followed Tiggi’s 2019 emotionally charged hit single, “For What It’s Worth” with production duo SONDR (David Guetta / Galantis / Little Mix), which has racked up over 5 million streams on Spotify since its release.

Hi Tiggi, please tell us a little about you?

I’m Tiggi, born and raised in London and I’m a singer songwriter and I’m still in London! I write for other artists and my own project which I’d describe as electro-pop-ganic, which may not be a registered genre but I think it fits well! I have a dog and a cat so I’m not on team cat or dog, and one of them loves coming to the studio with me (I’ll let you guess which one!). I also probably have more tea than blood in me on most days

I actually fell into writing music, I started messing around with lyrics and melodies when I was in school as a therapeutic release. I never thought I could actually make a career out of it until I met my mentors who kind of pulled the curtain back on the mysterious music industry and showed me it was possible. They helped me so much in getting started and all through my career to not have a nervous breakdown every other week! Major shout out – they have their work cut out for them!

Music has changed everything for me, it was something I always secretly dreamt of doing in my life but I never really thought it was possible, and meeting my mentors when I was 14 quite literally changed my life forever. I have learnt so much since then and I don’t know who I would be without that journey or music in general, it’s almost scary to think about it!

I got my first taste of the music industry doing work experience at some studios in London and I remember they let me sing some backing vocals and I was completely hooked. I reckon that was it for me to be honest, everything I did after that was half music, I couldn’t focus on anything 100% because I was always trying to write and sing at the same time

It all started back in those studios is London when I met my mentors, they definitely inspired me to start taking everything more seriously and to keep practicing. I chose to make music initially as an emotional release for myself and then every one I met made me realise that I love the connection you can have with someone just through music, and how you can relate to someone through a song and vice versa

I don’t, and it’s something I’m trying to change actually. I used to play violin and saxophone but I think my brain forgot how to do that. I have tried to learn piano but it’s not been very successful… One teacher recommended I didn’t come back and gave me my money back!

Almost never, am I not nervous haha! Jokes aside, I absolutely get nervous. I think if you’re emotionally invested in something and you want it to go well, it’s normal and very natural to get nervous. I used to feel weird about it but now I embrace it as a sign that I care about what I’m doing

Tell us about your new single “Back For You?”

Back For You is a collaboration with the amazing CLMD and I was so excited for it be released! It’s been in the works for a while and it’s such a great feeling to see it all out in the world, it’s like the culmination of all the work that everyone’s put into it, now the next stage is to play it live!

For me, it’s about someone who’s looking back on a past relationship, realises they’ve made a mistake and wonders if the other person feels the same way. It’s quite reminiscent and emotional, running over and over the day it all ended, regretting it and realising that they’re heart is still with that person and you want to go back to them 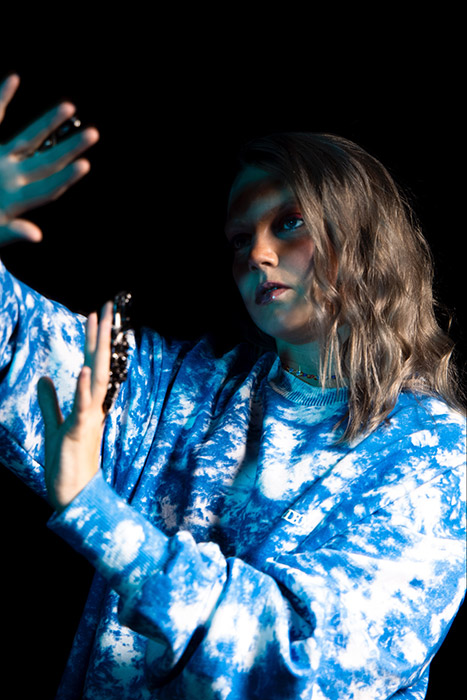 And about the success of your previous hits “Ride Or Die,” “High Season” and “Gonna Run?”

I am so incredibly grateful for every single stream on each of my songs, it continually blows my mind that there are people around the world listening to my music, it still feels so crazy. I’ve really enjoyed the journey through all of those songs and I’m just so happy that people have decided to come along for ride!

I find it next-level rewarding playing my songs live, it really feels like everything coming together in one amazing moment and I get share that with everyone listening and watching. The last year and a half has been tricky for that and I cannot wait to get back on stage

I’m not sure it’s THE book that everyone should read, but I got a lot out of ‘Atomic Habits’ by James Clear. I was a bit skeptical about it to be honest, but it actually positively affected a lot of different aspects in my life and not just the ones I expected

It actually changes depending on what’s going on in my life at the time but currently I would say learning that it will never be the perfect time to do anything, you just have to go and do it. I kept waiting for the right time to release a song or anything and, of course, it never came and I realised what everyone was telling me was right and I needed to just do it and stop overthinking it!

A lot of drunk energy! With a side of social anxiety.

‘What To Lie Awake In Bed Thinking About’ by Tiggi Hawke, which describes most of my nightly, pre-sleep rituals! It’s something I’m working on, it definitely still happens but I’m trying to focus more on the here and now rather than re-living the past

What’s next for Tiggi Hawke in the last months of 2021?

So much music!! I have a single coming out in November (watch this space!) and then December belongs to Christmas music but I also have a lot of tracks I’m working on getting ready for the start of next year and I’m beyond excited about it. Next year is full of new tracks and more surprises and getting it all ready is one step closer to it happening!

Nothing too healthy! Not too keen on a salad unless it has a lot of not healthy stuff in it like bacon and cheese and dressing… I’ve just realised that maybe I’m not actually that healthy.

I don’t really think about cheat days, I think a bit of everything’s pretty good for you but my favourite foods are pizza, pasta and Thai takeaway from my local in no particular order!

My style changes quite a bit but I’d say one thing that always stands is that comfort is queen. I need to feel good in something otherwise I feel very insecure and I’m sure it shows, plus I won’t enjoy wearing it. I love trying new stuff even if it doesn’t work (which is probably more often than I would like to admit!) and more recently I’ve been trying to push my own boundaries and get out of my incredibly comfortable, comfort zone

That is such a tough question! Musically, it’s absolutely impossible to narrow it down at all, I’d be here forever listing names. I think meeting David Attenborough would blow my mind, the work he has dedicated his life to is awe inspiring and the legacy he is trying to leave us with is incredibly beautiful and has never been more important. I also had a big crush on Mark Hamill when I was younger so that would definitely be an awkward life dream!

Everyone needs a therapist. And I truly believe that! Everyone needs a safe space to let out frustrations or talk through things they feel they can’t with other people or work through internal and external problems. It has been a literal life saver for me!

I support a few charities, mainly World Vision, WWF and Coral Gardeners (they’re more of an organisation), all of which I really believe in and really respect their work

I have no idea! I hope I’m still writing and releasing as much new music as possible and singing my little heart out but who knows what the future holds? Maybe I’ll have done a 180 and become an astronaut!

Anything that reminds me of my childhood, like Walking in Memphis by Marc Cohn or anything by Don McLean or Cher or Guns N Roses

I think it’s the very definition of a blessing and a curse! I have such a love-hate relationship with it myself so while I actually enjoy using it, I think too much is noticeably bad for my mental health. I keep trying to remind myself that it’s very skewed in terms of happiness and reality

Social medial wise, Instagram is where I’m at mainly! But if Facebook’s your vibe, I am also there. For music, I’m all over the place!

Favorite Quote: Do or do not, there is no try