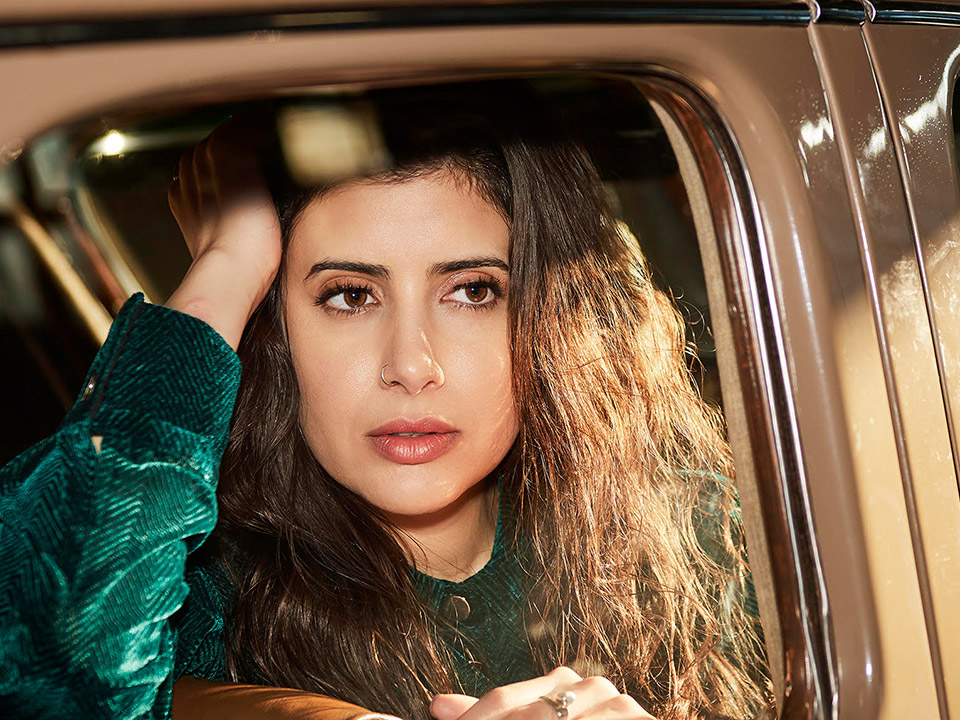 Check out our interview with London blues/soul artist Georgia Black. Her soulful, sultry vocals bring to mind the likes of Lana Del Rey, whilst the seductive synths emit a mesmerizing release.

Her single “Invisible Enemy” is very theatrical in nature, showcasing cinematic soundscapes reminiscent of something from a Bond movie and was written at the very start of the lockdown and was inspired by a conversation Georgia had with a colleague of hers, Roberta

Hi Georgia, please tell us a little about you?

I was working with some producers when I was at college, who happened to be working on a project with Mick Jones from The Clash – Agent Provocateur’s ‘Dirty Stop Out’. They recommended me for the project and the rest was history.

Shirley Bassey was a massive influence on me – I just find her voice and performances so captivating. I also grew up listening to artists such as Etta James, Peggy Lee, Ray Charles and Hip Hop artists such as Missy Elliot. I chose to make music because it was a release for me and I soon realised that it was the career I wanted to pursue.

I wouldn’t say I play an instrument, but I do mess around with chords on guitar and piano to support my writing.

Tell us about your new single “Invisible Enemy?”

It was inspired by lockdown – “Invisible Enemy” being code for COVID.

The single was inspired by a conversation I had with a colleague of mine, Roberta – I work as a Learning Support Assistant in a college for my day job. Roberta said, “Don’t you think it’s crazy that whenever we’re usually unwell, we feel we have to be the hero and push ourselves to go to work, but right now, to be the hero is the other way round?” This really resonated with me and built up an image in my head of super heroes saving lives by staying at home, which laid the foundation for the song.

Did you have plans/concerts planned and cancelled because of COVID? If so, have you done any online concerts or interaction with your fans?

I had a residency at Red Rooster in The Curtain Hotel, which I obviously lost due to COVID. No online concerts as yet, but coming soon.

Doing an American and European tour

Getting to play with amazing musicians, work with incredible music producers and making a difference with my music is rewarding. Dealing with people fucking with your money is not!

What’s next for Georgia Black in the last months of 2020?

What is you favourite song? And why?

I actually can’t answer this question. It’s almost impossible cause there’s too much good music out there! Haha!

Living: Shirley Bassey, so that I can pick her brain on what she thinks about while she’s performing, in hope that she’ll teach me a thing or two. Dead: Etta James, just so that I could tell her how great she is and what an influence she’s been on my life.

Don’t sing it, speak it.

Feed cats, feed self, don’t stop till the minute you go to sleep that night.

My resilience to bullshit

Staying in bed all day with my cats, watching Netflix.

What is you favourite song to belt out in the car/for karaoke?

I Put A Spell On You

Being at peace with your demons and yourself.

And your favourite cheat food?

Banging on about their ex-girlfriend!

Depends on the day but I guess I’d say comfy, classic and urban

It is what it is, but it’s a necessity

Quote: You can fail at what you don’t want, so you might as well take a chance on doing what you love – Jim Carrey