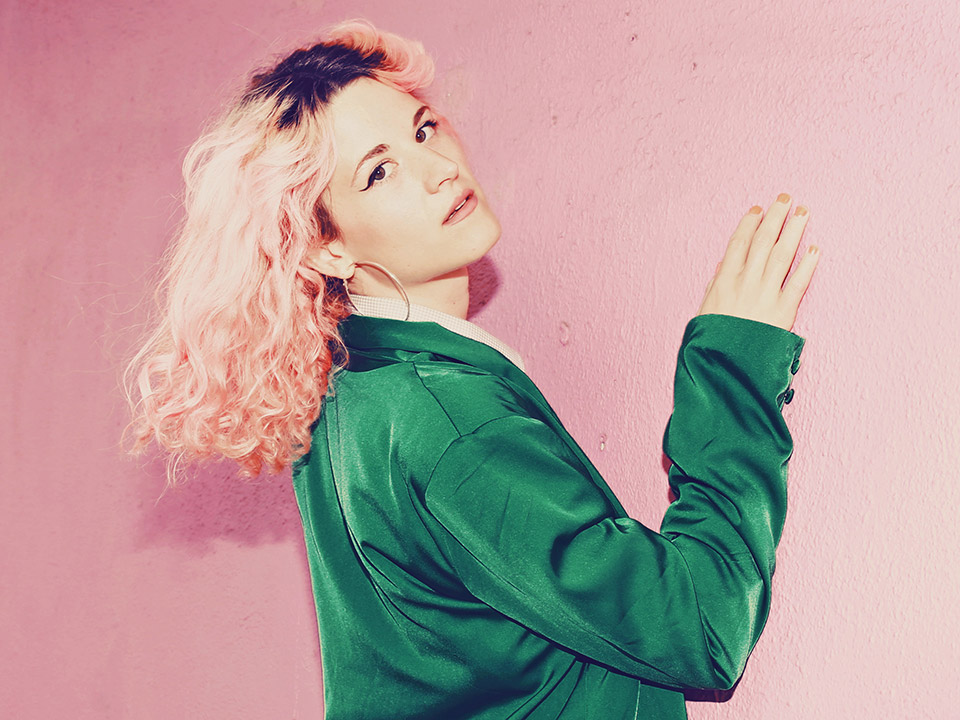 Check out our interview with Los Angeles based artist Party Nails.

Party Nails (née Elana Belle Carroll) joined choir at 8, picked up the viola at 10, and the guitar at 11. By 12 she was playing original songs at open mics around her hometown of Chatham, New York, and at 17 picked up production. She supported Australian artist Donny Benét at the top of 2020 and will be headlining a US run later this year in support of her sophomore album You Don’t Have To Go Home But You Can’t Stay Here.

Her first album was about love and money. This one is about booze, family and night-time. The title, You Don’t Have To Go Home But You Can’t Stay Here, comes from what they say after last call at a bar or a party, at the end of the night. Party Nails confides, “I was drinking a lot, and eventually quit, so a lot of the lyrics are about a state of inebriation and time of night, the positive, negative and in between.

Hi Elana, please tell us a little about you?

Hi! I’m from Chatham, New York, I live in LA. I’m a songwriter and music producer. I like to cook and garden and read too.

Meeting my partner changed my life. We have been through so much together. I’ve never felt so safe and seen as an artist, and human. Having him in my life has enabled me to challenge myself in ways I never before thought possible.

I’ve been writing songs and recording myself since I was little, and as I got older I played more shows and met more and more people. I wrote songs with new people, tried new ways of performing and writing and releasing my music. Eventually all of the efforts coalesced into Party Nails as it is today.

I went to a liberal arts school (on my own dime!) and studied music there. 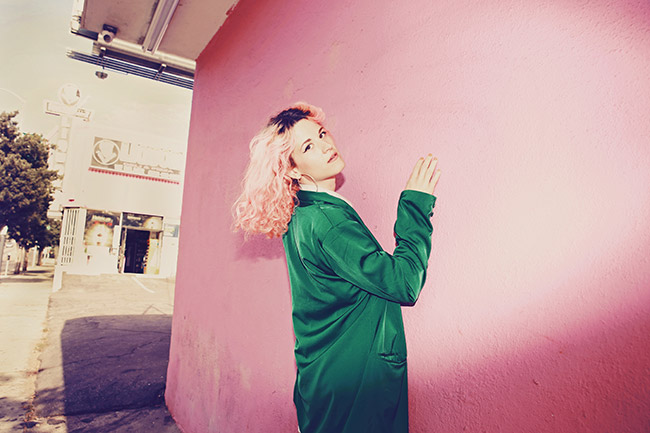 Good question! I’ve always wanted to make stuff and perform, even before I could write ideas down, before I could read or write, I would try to “write” music with a line across a piece of paper, to remember when the note should go up or down…which didn’t really work. But one thing that really SHOOK me and made me want to become an “artist of music” was seeing Ani Difranco with my dad for my 12th birthday. I wrote a blog post about it for SoundGirls actually. It was transformative. Ani seemed to bridged herself between some other world and our world, channeling messages from our collective experience, or something, and allowed us to bear witness to that. Seeing that changed me, and I made a decision then that I wanted to be a channel like that.

All the time. After a while, nervous feels more exciting than scary. Being scared still sucks.

I want to make a ton of albums and really grow my fanbase, and produce other artists’ records and maybe help release them as well. Like a femme DFA.

Now tell us about your new album “You Don’t Have To Go Home But You Can’t Stay Here?”

This is my second album. I’m really proud of it. Some of it I made alone, some of it I produced with Ben Greenspan. My great friend Ryan Nasci mixed the whole thing (minus “Take Me Somewhere” which was mixed by David Alexander, who also produced the track). Ryan used to play bass in my live band so it was fun to work together on this.

Why the name Party Nails?

I saw some friends doing their nails together getting ready to go out. I thought it was sweet that that little detail, which maybe not a lot of other people would notice, made them feel that much more excited to go out. It felt a little like a secret language between women, or a little note you leave to yourself that just says “YOU’RE AMAZING!”

I wish!! Before COVID-19 I had a tour this month and in September. It’s looking like real live shows won’t happen until spring 2021, but we are keeping our September 2020 dates just in case some miracle happens and we are able to safely do that. I do livestreams on Instagram pretty frequently, and I also have a Twitch channel I’m still developing, so if there’s stuff you want to see there let me know! I announce livestreams like shows, through my email list and on social media. Finally, I have a Patreon where I upload videos of me performing stuff I’ve just written.

I don’t love karaoke but I LOVE singing in the car. It’s been “The Weekend” by SZA for the last two years. Before that it was “Monument” by Robyn, and before that it was “Borderline” by Madonna. Actually I’m going to jam out to Borderline right now!!

Peace of mind and the opportunity to be seen.

Any loves other than music/acting?

I like writing quite a lot. Kissing and hugging are cool too.

Wake up early, but hit snooze once or twice. Drink a huge cup or two of coffee while I journal. Plan out what I need to do for the day. Do that stuff until sometime between 6 and 8pm, when I pull myself away from my desk and make some dinner. After dinner I read a book, listen to a podcast, take melatonin and sleep. Repeat.

Spaghetti and meatballs with chopped spinach on top.

In N Out double double with everything and a chocolate vanilla milkshake and fries.

Not thinking I’m funny and not being funny.

Prince. Is there anyone that doesn’t want to meet him??

Surrounded by Grammys and puppies.

Quote: He who angers you owns you.