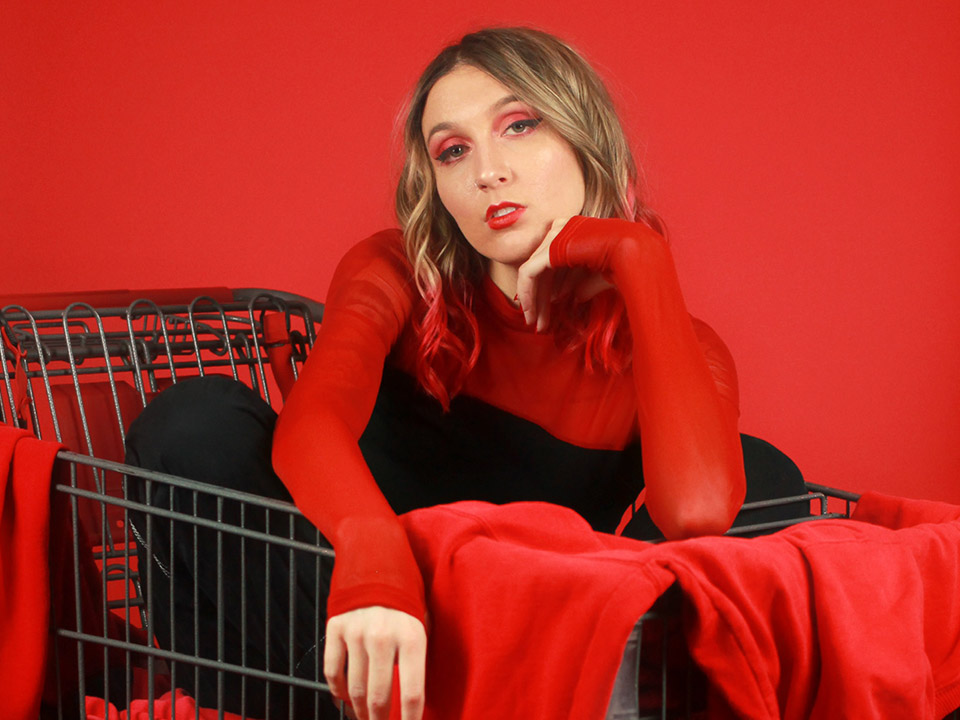 Check out our interview with talented Texas-based music artist and producer Brooklyn Michelle who started writing her own songs and performing at the young age of 12.

After years of struggling with undiagnosed diseases that led to mental illness, Brooklyn quickly put pen to paper and used music as the expressive outlet she needed to move forward in life. This was the creative process to her debut album, Lithium, which was a “beautifully chaotic” seven-year testimony to living with untreated Bipolar disorder.

Currently, Brooklyn is set to release her long-awaited second album early 2021. Continuing to use her music as a creative outlet based off of personal experience, the album will focus on the struggles of falling flat on one’s face and growing after a fallen relationship while dealing with the every-day struggle of a very serious mental illness.

Brooklyn is also in the process of starting her own production company, Waffledog Productions. Inspired to bring her vision to life, she has taken part in directing and editing all her music videos to date, including her upcoming single “Retail Therapy.” Alongside director of photography, Jacob Glombows, they are eager to get the company off the ground with other artists, with goals to eventually produce TV shows and movies.

Hi Brooklyn, please tell us a little about you?

I was in piano lessons as a kid and ended up learning guitar too in middle school. I would make YouTube videos for cover songs in middle school and eventually started writing my own. It was originally more of a hobby as I wanted to be a fashion designer at the time but my grandpa pushed me to do it professionally. After he passed away from Pancreatic Cancer, I continued writing music, learning production and recording my own songs.

These original songs are actually on my debut album, “Lithium”. I began writing the album at 15 and finally finished and released it when I was 22. So, the album truly is a story of my life growing up. And although I ditched the fashion designer path, I still religiously watch Project Runway every season haha.

Eerie, Milky, Tingly (If that makes any sense)

Piano, guitar, ukulele and drums. But if we’re being honest, I’ve dropped pretty much everything but piano.

I get extremely nervous before a show or interview although, once I start performing or talking on camera, I realize it’s not that bad and actually start having fun. But, am I able to remind myself of this by the time the next event rolls around? Never.

Tell us about your new single “Retail Therapy?”

This is a song for the shopaholics. I want people to blast this song as they get ready to go out or when they want to feel good about themselves. In short, this song is about making the best out of a bad situation.

So, I got dumped (HAHA) and I was not about to allow myself to jump from one relationship to the next or honestly even give someone else the time of day. I just wanted to focus on me and what I wanted to do for myself.

After moping around like a big baby for like a year, I finally started wanting to go out with my friends, book photo shoots, and look cute again. So, I started shopping a lot, dressing up and learning new makeup looks. Of course, I wrote a bunch of sad songs within that year, but around this time period I was wanting to write something that made me feel good. Tedy Andreas sent me a beat pack and when I heard the instrumental to this song, I just immediately started humming along. I didn’t even know what the lyrics were gonna be yet but I just knew it made me feel GOOD. Later, the lyrics started coming to me as I was literally leaving this store “The Come Up in my brand-new sweater” And I went from there. 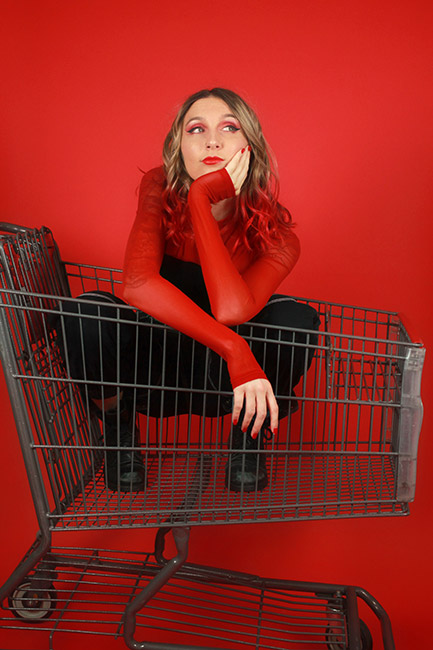 Some of my shows were cancelled but quarantine actually brought me new opportunities I wouldn’t have been introduced to before. For instance, I’ve done some online shows that led me to making new friends and gaining more supporters.

My favorite one so far was Carsick Carpool: an Instagram live show that was hosted by Tierra Whack’s DJ, Zach! and DJ Mier. I met so many cool artists and people in general throughout that show that I still keep up with today. This one was my favorite because it was the most genuine. It was more everyone having a good time together and sharing our music/craft rather than putting on a performance. It was really fun and everyone cracked me up. Also, similar to chatting with new people on Insta Live, my engineer, Alex Tumay, later led me to streaming and chatting on Twitch. This has introduced me to a whole new world of people just wanting to support each other and even make connections. It’s been a pretty wholesome experience thus far. I love all my Twitch friends. I hope they love me too even though I scream too loud in their headsets sometimes.

Filming music videos with my buddy and director of photography, Jacob Glombowksi, is the most fun part of everything I do, for sure. I enjoy making music videos with him way more than I enjoy making music honestly. The most rewarding part is when people tell me that my music is actually helping them get through a similar experience they’re having and helped them heal. I didn’t realize starting out that writing about my experiences would help others not feel alone on their own. That has been what makes me want to keep going. What’s not fun for me is actually having to make myself make the music, believe it or not. I have so many cool ideas for songs that will be completely written in my head but once it comes down to actually having to sit down and produce the song, it takes me forever to force myself to start. I’m always proud of myself when I’m done but I get so stressed out leading up to it.

What’s next for Brooklyn Michelle in the last months of 2020?

I am working on some new singles to release early 2021 before I get back to finishing my sophomore album “Placebo”. You can expect my next single “Creepin’” to come out in January! This is a very fun track. I’ve ditched the sad girl music (for now) and I’m dropping a lot of songs you can dance to. I’ve been too sad for too long and now I just feel like dancing.

My favorite song has not changed since the 9th grade. It’s “Yes” by Childish Gambino which is probably unexpected because it’s nothing like my music. A very obnoxious and vulgar song from Gambino’s second mixtape “Poindexter”. There’s this nostalgia to it that’ll always excite me when it comes on and the beat is just so hard haha. Sorry mama.

I actually own an art studio in Boerne, TX where I make commission paintings for my clients. This is my favorite place to be away from the world. I just get to go into my little cave all to myself and be creative. My music studio is also here too in a second room, so it’s really become my second home.

Amy Winehouse. She just seemed like such a carefree spirit and unapologetically herself. I wish she wasn’t so pressured to keep up with the celebrity lifestyle that everyone wanted her to be and would have just lived her life like so many artists are able to do today. If she were just allowed to take the breaks in life that she wanted to take, I think she would still be here. 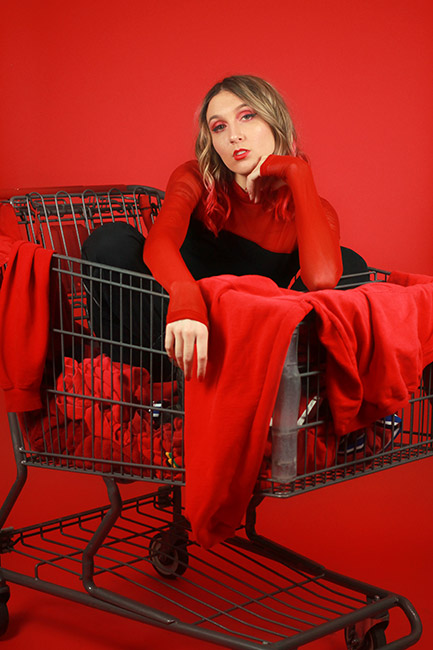 It never hurts to ask. This has gotten me so much further than I could’ve ever imagined. Every connection I’ve ever made in the industry thus far has been based on this.

Sushi and Call of Duty. Unfortunately, I usually have a bunch of stuff to do in between but if I could only do these 2 things, I would.

Me & Mr. Jones by Amy Winehouse. My karaoke go-to.

Allowing God to lead my life in the path it’s supposed to go rather than where I personally want it to.

After my grandpa passed away, I joined the Pancreatic Cancer Action Network. I have been on the board of this organization for 10 years now and even founded my own annual charity music festival, Purple Palooza, to fundraise for PanCan’s San Antonio Affiliate. I intend to grow this festival every year until it is nationwide known just as Mala Luna has become.

Mangos. I don’t know why it took me nearly 23 years to discover mangos, but I eat them almost every day now. In salads, on pizza, mango smoothie, by itself. All mango everything.

I have multiple autoimmune diseases, so I haven’t been able to eat the cheat foods I really want to until recently. I discovered a gluten free and vegan bakery in San Antonio, Wholesome Eating LLC, and oh my god, I would eat cupcakes every single day if I could. They’re the best I’ve ever had in my life. I’m so obsessed.

Someone talking about their future children. Not that I see this as a bad thing but I just can’t have nor want kids, so if that comes up in conversation, I realize there’s no point in wasting each other’s time. Such a weird thing to bring up on a first date though haha. I definitely want to be an aunt so bad though, so if my brother sees this chop-chop.

You’d think having a song titled “Retail Therapy” I’d know what to say here but I have no clue haha. To be quite honest, I live in sweatshirts and sweatpants 90% of the time. I’m a sucker for the vintage clothes that multiple of my friends’ businesses sell though, so if I had to pick a word, I guess it’d be vintage.

So annoying but necessary for business today. And so annoying that it is necessary. If I didn’t choose this career path, I most likely wouldn’t use social media as much as I do. Ideally, I would like to pull a Donald Glover. Meaning, once my music is well known enough to where I don’t need to post so much as an artist being discovered, then I can just go ghost and only come back around when I release new music. He does have a burner account though haha. I also like that ScHoolboy Q only uses social media when he feels like it but for the most part enjoys his real life that we have no business knowing about.