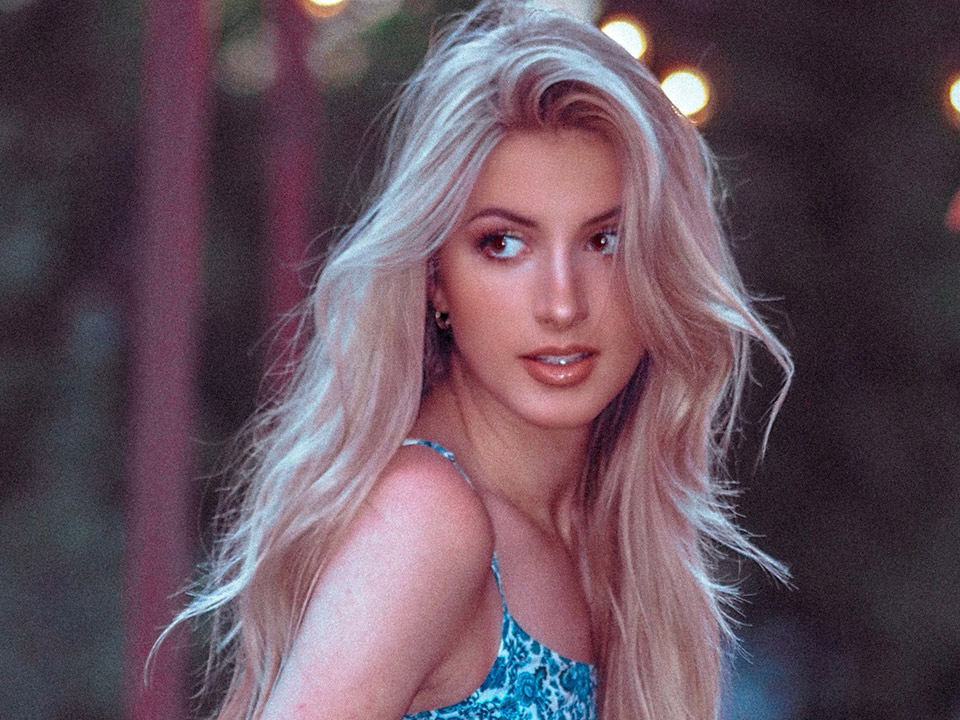 Skylar gives representation to all females as being both the writer and producer behind her songs, utilizing her sharp perfect-pitch ear to elevate her sound. She hopes to inspire young girls and women alike through her number one creative outlet: music. Skylar has garnered the attention of many supporters, such as through showcases sponsored by ASCAP and Big Yellow Dog Publishing (Meghan Trainor, Jessie James Decker).

Hi Skylar, please tell us a little about you?

Yeah! I’m a pop artist, songwriter, and producer based in Nashville, Tennessee. I moved here about three years ago from Allentown, Pennsylvania to pursue music, and it’s been a blast! I’ve released four singles since then, and I’ve enjoyed every moment.

I’d like to think that I’m bubbly, charismatic, and funny (I hope!)…I appreciate a good joke.

You’re all good, I love this question! I’ve always done music my whole life. Whether it would be me as a kid humming melodies at school, or practicing piano or guitar growing up, it’s always been around me. I got super passionate about it, though, when my fifth grade teacher found out that I had perfect-pitch, and I really have been passionate about my songwriting since that moment. So, when I turned 17, I decided to do the long-haul and move to Nashville, Tennessee. It was a huge step, but I’m super thankful for what it’s brought me since then.

Ever since I was little, I’ve been listening to music my whole life. Both of my parents would be constantly playing songs in the kitchen, the car, anywhere you can think. And because they were baby boomers, a lot of the songs I was hearing were from the 70s and 80s. Think Elton John, Fleetwood Mac, Genesis, Tears for Fears, David Bowie…pretty much every big artist from that time. I fell in love with that synth-based sound, and have incorporated it in a lot of my own style! I wanted to do what they were doing, and have people feel that same way that I felt when I heard those songs for the first time. 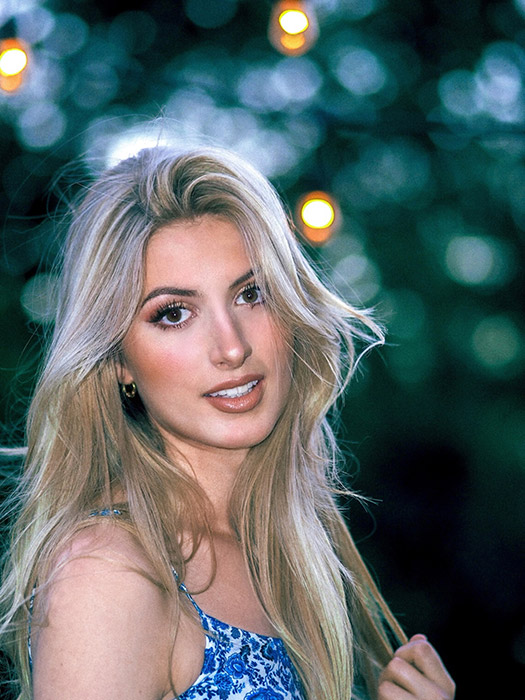 Yes I do! In fact, I started playing piano at age 6, before I actually called myself a “singer.” I also play guitar too (and the recorder if you count third grade music class).

Oh ALL THE TIME. Literally every day of my life, of how people perceive me, and especially when it comes to my music. I worry if people will understand the messages I send across in my songs, or even what they will think of them. Particularly if they will like the style, melodic choices, and even the lyrical choices. But, I think that’s what pushes me to do my best. If I didn’t get nervous, I wouldn’t be the perfectionist that I am.

Tell us about your new single “Roman Holiday?”

Yes! “Roman Holiday” was definitely one of my favorite songs that I’ve put out thus far, and it’s based off of the 1953 film with Audrey Hepburn and Gregory Peck (I recommend this movie to everybody and anybody). In a nutshell, Audrey’s character Princess Anne comes from a royal family, and hates the life that she’s living. She decides to run away to Rome, and falls in love with Joe Bradley (Gregory Peck). But, she soon realizes that she has a duty to fulfill, and realizes that she has to go back and leave quite possibly the love of her life. When she meets him one last time, she tells him that she’ll cherish their time together in memory for as long as she’ll live. I woke up with the idea of this song LITERALLY at 3am one night, and immediately called my two co-writing partners, Hannah Diones and Kassidy Knight, to work on the song that week. And I’m so glad that we wrote the “bop” that we did.

And about the success of “Whoopsie Daisy?”

Oh my gosh yes! “Whoopsie Daisy” was such a fun song to put out, and it was especially amazing at how much attention it’s gotten since then. It garnered a lot of traction on TikTok (almost 100k views), and since then, I’ve heard people all the time, whether in person, or even in my DMs about how much that song gets stuck in their head constantly. It’s super cool.

How was working with very talented people like producer Sean Rogers?

Yeah, I’ve been so lucky to have gotten to work with such incredible people. Sean is truly a mastermind when it comes to the creation of my songs; I love producing with him. We both share a similar style, so it’s awesome that he always understands the same vision that I do…when I bring him onto one of my projects, he always takes my ideas to new heights! So grateful for him.

It’s always so rewarding when someone reaches out to or comes to me personally to tell me how much my songs have impacted them. I hear people all the time saying, “Wow, thank you for putting this out. I’ve been going through this thing in my life recently and it’s really helped.” If it’s just one person that I can help in propelling their story and perspective, then I’ve done my job!

Something my dad always says is, “Enjoy the good times, because they don’t last forever. But also know that in the bad times, they don’t last forever either.” I’m also a huge advocate of “everything happens for a reason,” and if something in your life gives you “rejection,” sometimes it’s always the universe giving you “protection and redirection.” Just keep going, and you’ll get to where you need to be. 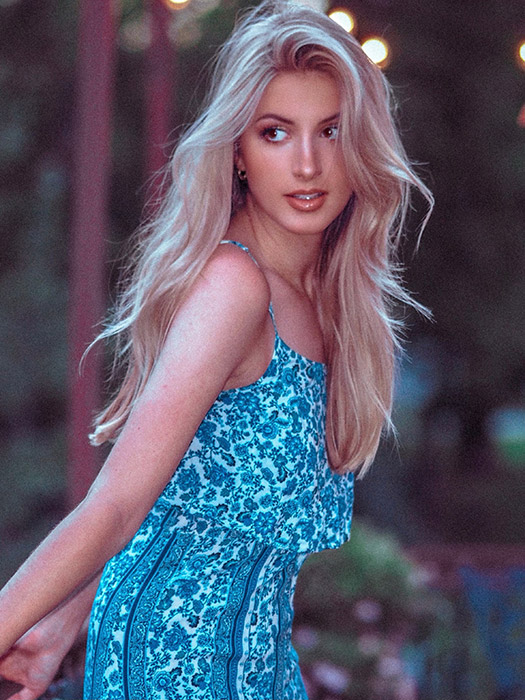 I hope to have some new projects coming out in the coming months! But until then, I’m enjoying the ride with “Roman Holiday,” you can find me constantly performing live in Nashville!

Yes, I love St. Jude’s, and am a huge supporter of them. I think if there’s any way to improve a child’s life, given the tough circumstances that they are given, then that’s one of the greatest acts anyone can do.

I hope to see myself hopefully at the top of the charts, maybe doing some live touring. I just want to see my music grow with me, and have that carry out to as many people as possible.

This is a tough one. I’d have to say “Goodbye Yellow Brick Road” by Elton John. It’s just one of those songs that takes you back to a certain, nostalgic place, and oh my goodness, the PRE-CHORUS. It changes to a different key, and the harmonies build ever-so perfectly. Not to mention Bernie Taupin’s lyrics are top-tier. It’s probably one of the greatest songs ever written.

Quote: “You are only given a little spark of madness. You mustn’t lose it.” – Robin Williams

Movie: Tangled…hands down. Favorite movie of all time.

Favorite Food: I have such a huge sweet tooth, so probably anything to do with chocolate!

Travel Destination: Is this the part where I say “Rome” to shamelessly plug my song “Roman Holiday?” I’m gonna say Rome.