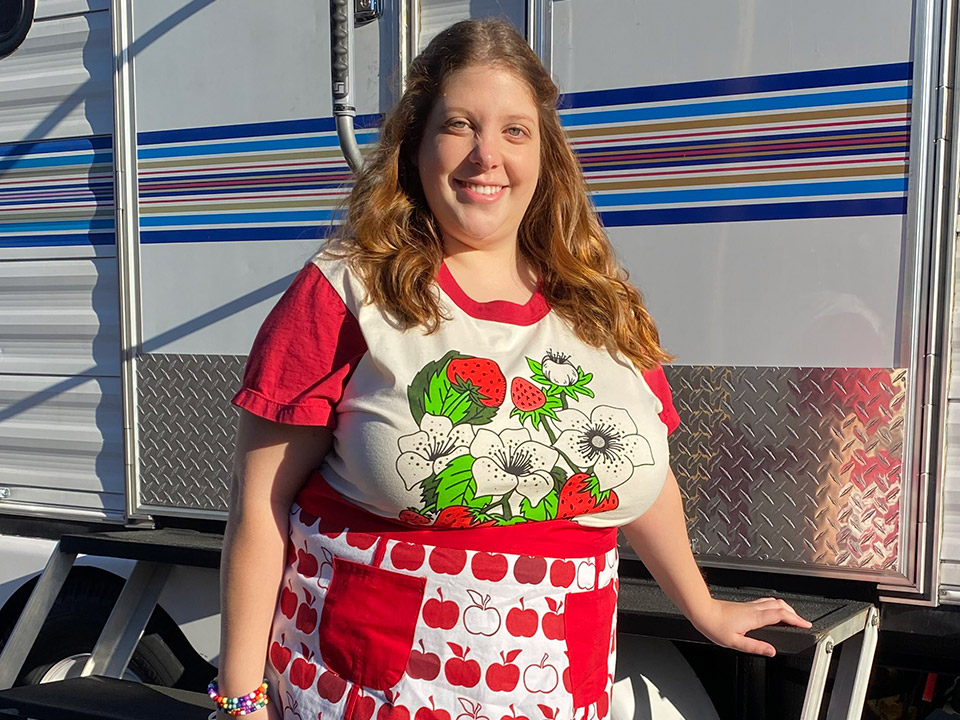 Check out our interview with talented actress Rachel Redleaf who can be seen in Season 4 of Atypical on Netflix as a series regular, Beth, and as a recurring role on Why Women Kill, as the younger version of the Allison Tolman. She also played Mama Cass in Quentin Tarantino’s, “Once Upon a Time in Hollywood” as well as a supporting role in the award-winning Sundance film, “Kajillionaire” with Gina Rodriguez, Evan Rachel Wood, and Richard Jenkins.

Rachel is an advocate for anti-bullying and is a strong supporter of the “Kid in the Corner” foundation. In addition, Rachel performed and hosted an event for “Broadway Sings for Pride” in NYC. 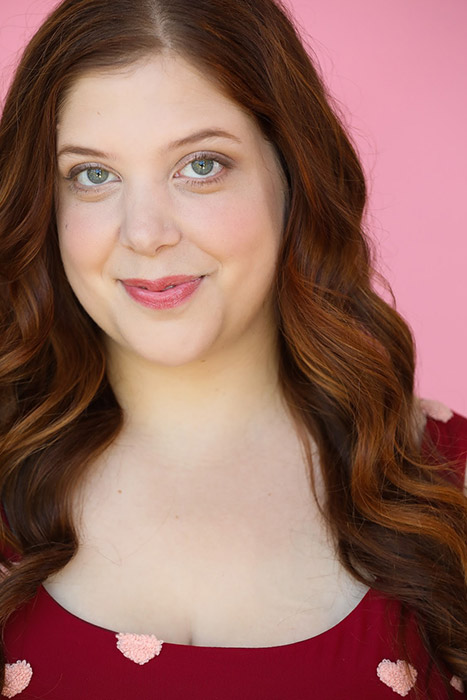 Hi Rachel, please tell us a little about you?

I’m Rachel Redleaf, I’m in love with Zac Efron, I have a puppet who looks like me (and I think is trying to steal my life), and I LOVE to make people laugh!

I was 4 and saw a show at Desert Stages Theater. It was a theater in the round and I called it “the play place theater” because you could walk on the set during intermission. I wanted to go back and my mom looked up the season and it turned out they were holding auditions for The Wizard Of Oz. I went, got in, played a munchkin, and never looked back.

Well, I can’t remember a time I’ve wanted to do anything else! So it really shaped me into who I am today.

The best part is getting to transform and play! I wanted to be an actress even before I knew it was an actual job. The worst part is when production ends. Sure, that means it’ll come out soon and everyone will see and enjoy it. But I miss every role I play and get sad when it comes to a close!

Tell us about your work in Netflix’s Season 4 of “Atypical?”

It has been an absolute blast being in this show for the last 4 years! Atypical was the first thing I ever landed in LA and it will always hold a special place in my heart. The cast, crew, and story are all very important to me! Beth has some hilarious scenes in season 4 that I’m very excited for y’all to see!

And about your role as Beth?

Beth is so sweet and sees the best in everyone and I love that I got to play such a cute character. Every funny one-liner I was given just added to her personality so much! It was also really cool working with a dog actor!

Now tell us about your work as Mama Cass on Quentin Tarantino’s “Once Upon a Time in Hollywood?”

This was absolutely the opportunity of a lifetime! Getting to portray this absolute legend was a dream come true, not to mention the INCREDIBLE director and cast. Everything about this experience was very surreal. I wanted to make sure to capture Cass’ essence and do her justice and I was lucky enough to become friends with her ACTUAL daughter who made it that much more real. I still can’t believe I got to be a part of a film that will surely make history!

If there’s research to be done, I start with that. If it’s a brand new made-up character, I start by trying to get the voice and mannerisms down. I want to make my characters fully realized with a past so that it’s more believable.

I played a pregnant lady named Kelli in a Sundance film called Kajillionaire, which you can now stream on HBO Max. I play the young version of the lead in the new season of Why Women Kill on Paramount Plus. I’ve gotten to do a few readings and can’t wait to play some new and exciting roles in the coming years!

I love over-the-top comedy. But I would also love to play someone psycho! It’s also my dream to be in a musical movie or tv show, and someday BROADWAY!

The audience reactions. I absolutely love performing because I like making people feel.

Keep training and find yourself a coach you love! Keep looking, and don’t stop till you find someone who you feel “gets you”.

Nothing is guaranteed. It’s important to get excited about the opportunities you are given, but it can be hard when things don’t follow through. In this business, disappointment is inevitable, so love what you do while you’re doing it! Those memories are what you’ll hold dear, even while you’re waiting for your next role and keep hearing “no”.

Crazy, kind, loud, caring, and one of a kind!

Hopefully breaking free of this pandemic and maybe writing some standup and sketch comedy! Also, season 2 of Why Women Kill just started streaming on Paramount Plus, and our 4th and final season of Atypical comes out July 9th!

Funky and fun but COMFORTABLE!

My best friends give me happiness! I think happiness is loving where you’re at and having a support system that wants to see you do good. My happiness comes from all the theater moms who still reach out to me, the smiles I see on audiences’ faces, making people feel good. Happiness comes from paying it forward and making the world kinder!

Probably Robin Williams! He is one of my comedic inspirations and I would have loved to learn from him one on one.

If you want it done right, do it yourself.

I am a founding board member of Kid In The Corner! It is a nonprofit organization that helps shatter the stigma by talking about mental health awareness!

I see myself still doing what I love, performing! I would love to be in a musical movie or tv show, and eventually Broadway!

I think social media is a good tool for promotion as well as keeping in touch with old friends. I think everyone has their own relationship with social media, and that’s the way it should be! Do what makes you comfortable!

@rachelredleaf on Instagram and TikTok. And book me on Cameo! You can also check out my website rachelredleaf.com

Quote: “I love being alive. And the art is the evidence of that” -Jim Carrey

Tv Series: There are wayyy too many! But Dexter is one of my favs!

Sports Team: Does Rupaul’s Drag Race count as a sport? It should.