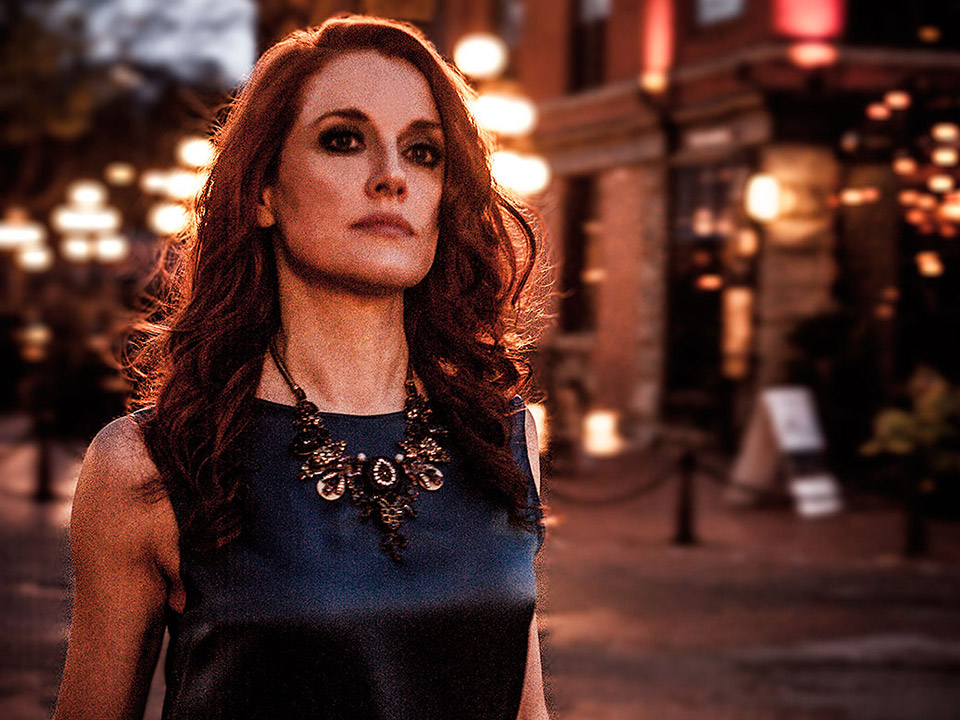 Check out our interview with Canadian born actress Johannah Newmarch who can be seen in Netflix’s “Cinderella Story: A Christmas Wish” playing the role of Deirdre Decker, the evil step mother starring Laura Marano and Gregg Sulkin.

Johannah is also known for her role as ‘Molly Sullivan’ in Hallmark’s most popular series “When Calls the Heart.” 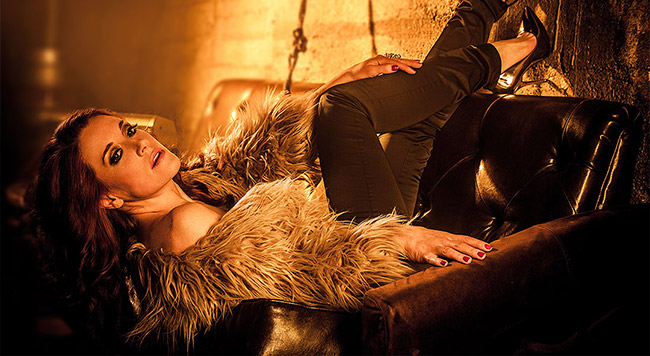 Too many to list. But really, anyone who has genuinely tried to make a difference with their lives.

I was a highly trained ballet dancer during my youth, but, for a number of reasons, my desire to pursue that career path professionally wained in my mid teens. But, I loved performing, so deciding to try acting felt like a natural progression.

Well… it led me into the primary career of my adult life which I absolutely LOVE! I was going to say that I can barely imagine what my life would be like without being an actor. But, I actually can, as I did step away from acting for about 8 years in my 20’s.
That was a chapter of great exploration, adventure, growth, and struggle, which was absolutely invaluable as it provided some much needed perspective. Being away from the arts for that long, and pursuing other things, clarified what acting meant to me on a deeper personal level, but also in an outer more real-world way. This new perspective was crucial to me re-committing to being an actor specifically, but also more generally, and in many ways more importantly, to actively choosing to pursue a career as a creative, and proudly call myself an artist. This was a key transition/ awakening for me, because until I actually claimed and validated being an artist, and gave it MY respect, there way no way the real world was going to.

Tell us about your work in Netflix’s “A Cinderella Story: Christmas Wish?”, and your role as Deirdre Decker?

Well, Deirde is the wicked stepmother, which is such an iconic villain, that’s it’s a dream role no matter what. But then when you add writer/ director Michelle Johnson’s great comedic script to the mix, it became the most fun I’ve ever had with a role.
She wrote a villain that you love to hate, which takes a lot of skill and a deft touch because it’s such a fine line to toe. So, I got to show up and just breathe life and colour into an amazing character that was already so clearly sketched. It was a wonderful collaborative dance working with Michelle. As a director she had a very clear vision but a light skillful touch in how she executed it. Perfect combination.

How was working with Laura Marano and Gregg Sulkin?

Wonderful – a genuine dream team! They were relaxed, professional, funny, warm, generous, hard working, humble, and down to earth. (As was the delightful and hilarious Isabella Gomez.) I actually remember thinking that I wished all aspiring actors could spend a week watching how they all conducted themselves on set. They really were exemplary. Genuine GOALS.

Oh dear… I really hope this doesn’t sound arrogant, I’ve been acting for so long, and have been fortunate enough, that the list is a little long now. Probably the best place to see a fairly up to date list of my credits would be on iMBD. 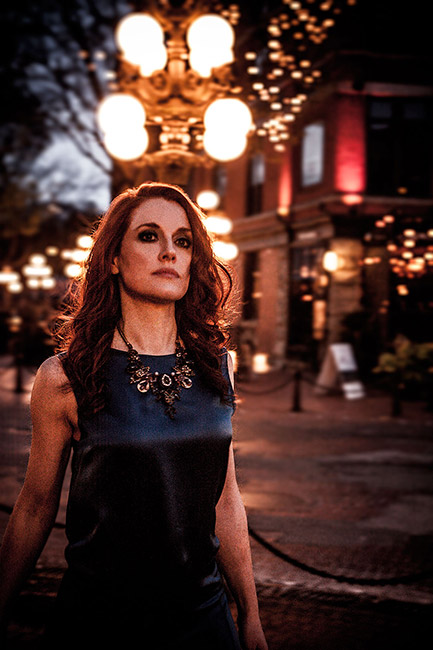 And secondly, being able to tell stories that, for whatever reason, matter to people. It’s an honour to be able to touch, move, inspire, provoke, or just simply entertain people. I never take the privilege, or responsibility, of being a storyteller for granted.

Veggies! I genuinely LOVE eating mountains of vegetables. There’s an endless number of delicious ways to prepare them.

Polished, and classic, but playful, with an edge.

Funnily enough, they’re sitting right here, and they say, “Her majesty, wondrous queen of the world.” Awww, too sweet, right? (But I did e-transfer them a cool $1,000, along with a few threats.)

What’s next for Johannah Newmarch in 2020?

PS: All good vibes, prayers, and awesome roles most welcome and appreciated!

Knowing that you have purpose. That your brief time here isn’t being squandered. That you’re making even a small difference. The sense that you are growing, learning, and maturing into your aspirations – becoming even a little bit wiser, a little more patient, a little kinder and more compassionate. And the certainty that the people you love deeply KNOW you love them.

Hmmm… the thing about being an actor, and working in the film industry, is that there is often a lot of unpredictability and variety in one’s life. And there’s a big difference between what my life looks like when I’m shooting a show and and when I’m not. So, to the extent that the word “normal” implies a regular routine, that’s less applicable for me. But a somewhat typical day when I’m not shooting would be some combination of: coffee, contemplation, a little stretching and or moving the body, reading up on current events, career management (communicating with agent/management team, professional side of social media), an audition (in the room or self-tape) OR coaching/ taping a student’s audition (I also teach acting), sending out scenes to students, teaching a class… and ideally ending with lively conversation with a friend/ fellow creative, or an episode of a good show. I should also add that some portion of every day is spent questioning all of my life choices! 😉

Sleeping in. Coffee with loved ones. A lazy brunch. Some “slugging” (My word for just simply “being” – doing nothing in particular. Which we definitely don’t do enough of in our busy, over-scheduled lives.) Some reading. Chilling with loved ones. Maybe a stroll outside, weather permitting. A lazy dinner and nice glass of wine. Watching a movie or binging a favourite show…

The Buddha. I’d like to meet him because he was an ordinary person who set out to answer spiritual questions that I find deeply compelling. His profound insights into these questions formed the Buddhist path which I have been studying and practicing since I was 19 years old. But in truth, I’ve feel that I’ve met the Buddha many times in my life, as his profound wisdom is very much alive in the extraordinary Buddhist masters I’ve been beyond fortunate to study with. My gratitude for their generosity in so patiently teaching, illuminating, and exemplifying the path, is boundless.

For those who might be interested, here’s an excerpt from an article in the Buddhist publication ‘Lions Roar’ which further explains: “Buddhais not a name, but a title. It is a Sanskrit word that means “a person who is awake.” What a buddha is awake tois the true nature of reality. Simply put, Buddhism teaches that we all live in a fog of illusions created by mistaken perceptions and “impurities” — hate, greed, ignorance. A Buddha is one who is freed from the fog.”

Be kind. (It just covers everything. So simple. And yet, in essence, utterly profound.)

Yes, I’ve been a regular monthly donor to ‘Medicines Sans Frontiers’ (Doctors Without Borders), and ‘Unicef’ for over 10 years. As well as a range of others…

Ideally, in five years, I’ll be healthy, well, and fortunate enough to still be making a living collaborating with awesome fellow creatives, telling stories that matter and, hopefully, make a difference.

Oh man… WAAAAY too many to list. But today David Bowie’s ‘Heroes’ was the first one to come to mind.

It’s bittersweet beauty never fails to get me right in the guts.

I have VERY eclectic taste is music. But in general I’d say I like indie, alt rock, alt R&B, rap.

It alternately scares/ depresses me, and inspires/ moves me. I think it’s a very powerful force, that, as it’s still so relatively new, society will be grappling to understand it’s implications for years/decades to come. It’s a force that can be used for both tremendous good, and tremendous harm, as we’re already seeing all over the world.

“For a long time it had seemed to me that life was a bout to begin – real life. But there was always some obstacle in the way, something to be got though first, some unfinished business, time still to be served, a debt to be paid. Then life would begin. At last it dawned on me that these obstacles were my life.

This perspective has helped me to see there is no way to happiness. Happiness is the way. So treasure every moment that you have and remember that time waits for no one.”
-Alfred d’Souza

Favorite Singer/Artist: Again WAAAAY too many… can’t just give you one. But, we’ll go with: Radiohead, David Bowie, and Led Zeppelin

Favorite Movie: Argh! SUCH a mean question… Just too many! But, right now, it’s ‘Blade Runner: 2049’ – such a masterpiece.

Favorite Travel Destination: Saltspring Island. It’s my happy place. The loves of my life are there…

Sports Team: Any team Christine Sinclair or Megan Rapinoe are on.