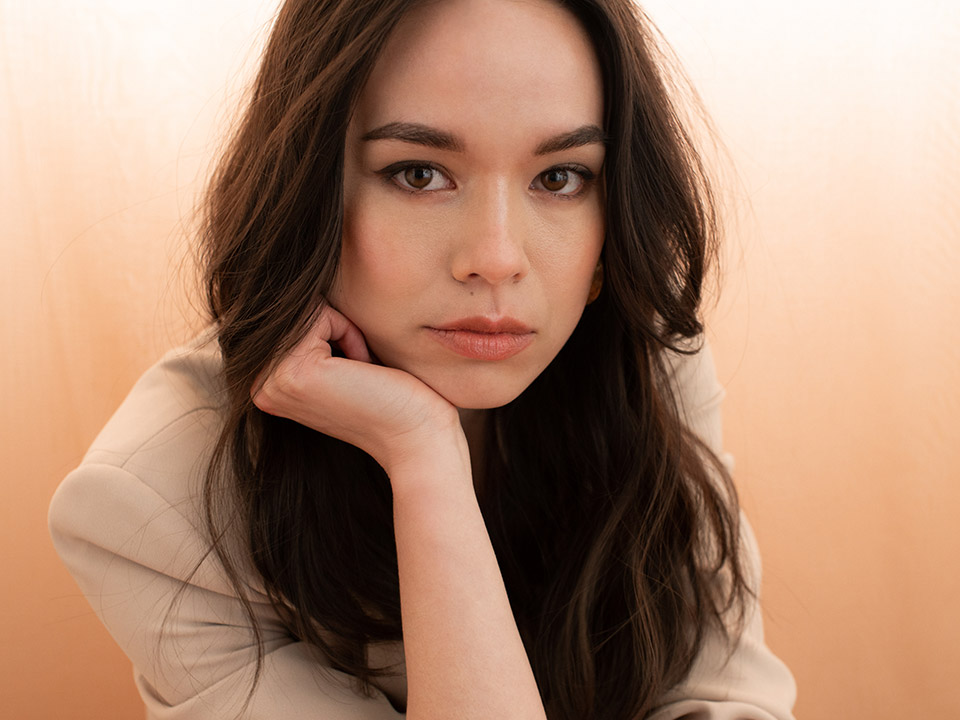 Locke & Key revolves around three siblings who, after the murder of their father, move to their ancestral home in Massachusetts only to find the house has magical keys that give them a vast array of powers and abilities. As the series unfolds, they discover they are in a fight for the keys with devious demons who will stop at nothing to attain them.

Locke & Key on Netflix is the long awaited television adaptation of the best-selling comic book series by Joe Hill and Gabriel Rodriguez for IDW comics. The show is a suspenseful, thrilling mystery with sprinkles of horror. 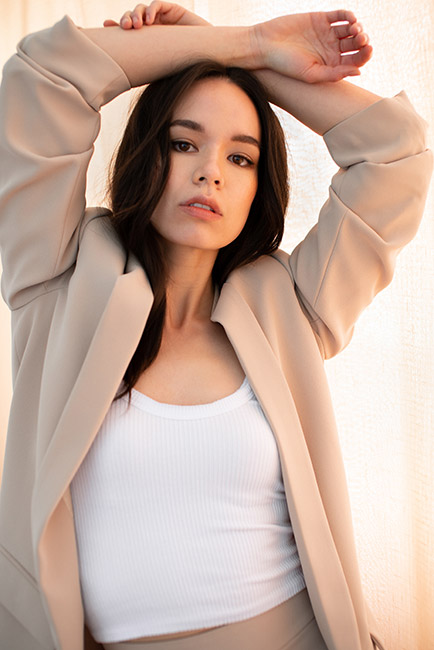 Hi Genevieve, please tell us a little about you?

Hi! I’m an actor, and I just recently moved from Toronto to Vancouver with my cat Zoey. It is a stunningly beautiful day here and I’m about to venture out to explore my new neighbourhood and soak up some vitamin D!

I’ve always enjoyed performing, but it wasn’t until age 14 when I was in my first musical that I fell in love with acting. Shortly after, I was scouted by a talent agent based out of Vancouver.

Acting and being creative brings me so much joy. I think when you do what you’re most meant to, everything else in life flows. This is what acting and telling stories is for me — my source of flow.

Tell us about your work in Netflix’s supernatural thriller “Locke & Key”?

Locke & Key is based on the popular graphic novels of the same name by Joe Hill and Gabriel Rodriguez. It follows the story of the Locke family, as they relocate to their ancestral home after the tragic murder of their father. The kids quickly discover that the house is full of magical keys, which give them special powers. They also soon find that there’s an evil demon who is after the same keys and will do whatever it takes to get them.

I play Jackie Veda. She is ambitious, confident, and caring. Although she always strives to see the best in others, she doesn’t shy away from confrontation and calling people out on their shortcomings. Jackie befriends Tyler Locke early on and the two develop a romance over the course of the season.

My last series prior to Locke & Key was a show called Impulse, an incredible project that I’m immensely proud and grateful to have been a part of. It’s a sci-fi thriller, very much grounded in reality and tackling important issues of sexual assault. I play Patty Yang, who couldn’t be more different than Jackie. If anything, Patty is more similar to Eden from Locke & Key. If you haven’t watched it, you definitely should — seasons 1 and 2 are available on YouTube. I’m also in the upcoming feature film Run This Town with Ben Platt and Damien Lewis, in theaters now!

Working with incredible talent, truly. Getting to collaborate with other creatives and working towards a common goal is exciting, but learning from others and about myself in the process is what’s most fulfilling for me.

Potatoes, of all varieties, but especially Japanese sweet potatoes. Prepared any way.

Jeans and tees, utility or work shirts, with a feminine blouse or floral dress thrown into the mix. 1970’s rancher meets Californian desert dweller meets wabi sabi. It’s probably the equivalent of Georgia O’Keefe’s aesthetic having a baby with the costumes from the entire cast of Little House on the Prairie. Earthy, sometimes utilitarian — a balance of masculine and feminine. 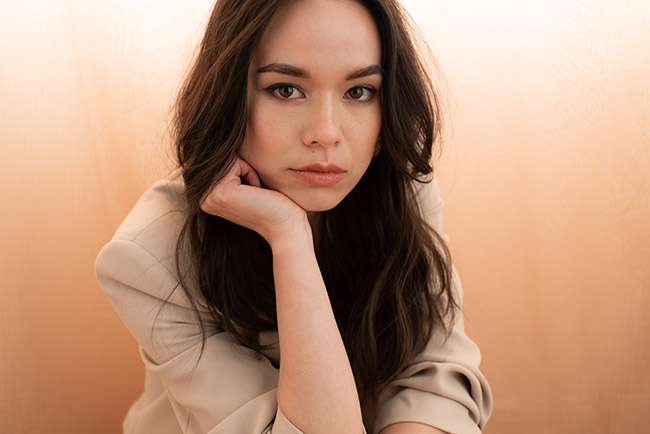 Working on writing my first script, crossing my fingers for a second season of Locke & Key, travelling somewhere exciting (ideally Japan or Scandinavia), and hopefully getting my driver’s license — finally.

If I’m working on a project, days on set can be really long so I’m probably waking up early to get in an hour or two to myself before heading off to work. Then, coming home late and going straight to bed. When I’m not filming or have a day off, I’ll usually still get up at 6 or 7 AM and spend a couple of decadent hours meditating, journalling, reading, and having breakfast. The rest of my day is usually some combination of seeing friends, getting in a workout, or tending to one of the many tasks on my to-do list, which range from doing laundry and home improvement projects to running errands and planning my next moves.

Slow. Whisking a matcha or whipping up a butter coffee, having brunch at home (pancake Sundays are very much a thing), going for a hike, run, or restorative yoga class — whatever my body needs that day, followed by diving into a good book or watching movies with intermittent napping, and a simple, indulgent Sunday night dinner to close out the weekend. Some favourites are lemon roasted chicken with caramelized root vegetables or Thai coconut curry.

I think I have to say Martha Stewart. I’ve been a huge fan of hers since I was 8, when I would watch her show everyday. I was truly obsessed and although how I relate to her has evolved over the years, my level of adoration for her has not. I find her so fascinating, jail time and all.

What’s the one thing that you would do for the rest of your life, day in and day out, even if you never got paid a cent? Good, now go do it.

I’m very passionate about the impact of climate change and promoting sustainable living. One organization that I love supporting is One Tree Planted, a non-profit dedicated to creating a healthier climate and protecting biodiversity by bringing greater awareness to the importance of global reforestation. This organization makes it really easy for individuals to help support and educate themselves — every $1 donated plants one tree.

In five years, I’m hopefully living on an island off the west coast with a couple of dogs, a few cats, and a big veggie garden. This will be my retreat and where I go to restore when I’m not flying around the world, making movies and working on other projects.

Anything I can dance to, so anything except heavy metal.

Vienna by Billy Joel. Somehow, I decided when I was 12 that this was my life anthem.