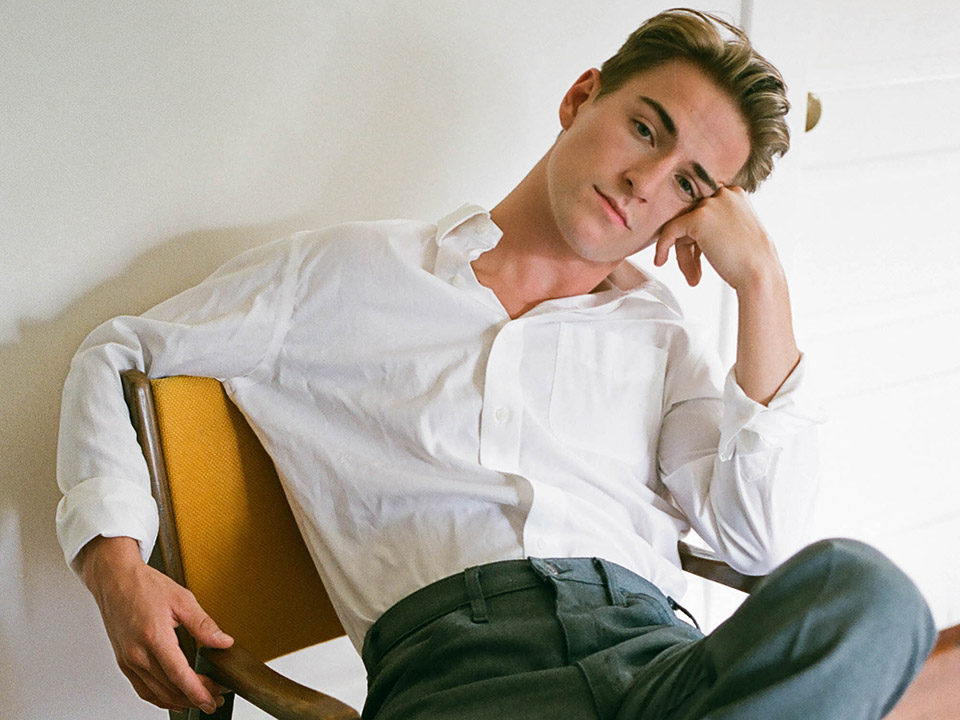 Check out our interview with Netflix’s “Spinning Out” actor Evan Roderick.

Evan is a rising talent who captures the nostalgia of another time in his presence onscreen as a dynamic actor and on stage as a singer-songwriter.

Evan has made appearances on a number of popular series including Netflix’s “Project Mc2” and ABC’s “When We Rise” . More recently, Evan’s role on The CW’s hit show “Arrow” playing Nick Anastas Hi Evan, please tell us a little about you?

I was born and raised in Vancouver BC and am a lover of music and film and hater of dessert. When I was 10, my dad took me to see the Rolling Stones and after that, all I could think of was being a performer.

I had a few role models growing up, but my Dad was my biggest role model as a kid.

Well, I had thought about trying to get into acting throughout my teenage years but I was so heavily involved in sports that I never got around to it. As I approached my 19th birthday I just kind of had an epiphany. I thought, if I don’t try this now, I’m never going to do it.

Tell us about your character in Spinning Out?

Without giving too much away, I play Justin Davis, a highly touted pair skater with some… behavioural issues haha. I’ll leave it at that.

How was working with a talented cast like Kaya Scodelario?

Kaya was amazing to work with. I learned a lot from her and the rest of the cast.

Did you take ice skating lessons for this role?

I did! I had 4 weeks of training in Vancouver and then 3 weeks with Kaya in Toronto right before the shoot. It was a lot!

Prior to Spinning Out, I played a police officer on The CW’s Arrow, for a little over a year. I don’t think I would have been prepared for this show if I hadn’t had that experience.

The work itself. There’s nothing I love more than getting a new script, locking myself in a room and being in that world for hours on end. It’s really only at the end of the process that it becomes a collaboration with other actors, which is where it becomes even more enjoyable. As of right now, I’m not sure. I’m certainly looking forward to seeing how people respond to season one of Spinning Out, and hoping that we get renewed for another kick at the can!

I’m not sure that I have a definition, but I can tell you that I feel most fulfilled when I’m working, exercising and taking care of myself. I’d say it’s a combination of those things.

Depends if I’m working or not. I guess that’s the thing about this industry, you can be working 17 hour days in the freezing cold, or sitting on a beach somewhere drinking a mai tai! Normal doesn’t really exist in the film industry.

Brew a nice cup of hot coffee and sit down with my guitar.

Peter O’Toole. I think he would have a lot of great stories to tell.

I definitely want to jump more into feature film work. A saga would be nice! But honestly, as long as I’m still a part of stories and the telling of stories, that’s where I want to be in five years.

For A Dancer – Jackson Browne… perfect melody and if you took the music away it’d be a great poem.

I like a lot of stuff, but if I had to pick a favourite genre, it’d probably be folk rock. I think most of my favorite songs are in that genre.

I think it can be super beneficial. If it’s used properly it can help us connect. Sometimes, however, I think you risk being exposed to too much information which can be confusing and can bring on anxiety.

Movie: Shawshank Redemption. Is that cliché?