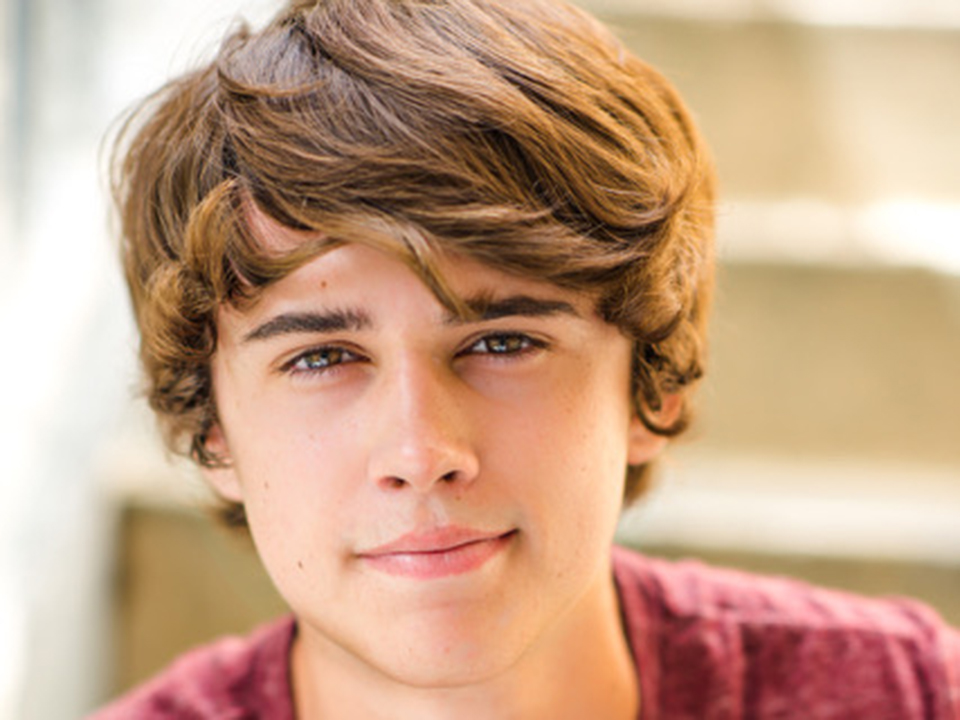 Logan stars as ‘Kyle Townsend’ in Netflix’s upcoming “Sweet Magnolias” debuting May 19th. The series focuses on three families in South Carolina. He will also star in an episode of AMC’s “Creepshow” airing May 9th. Logan is a big football fan and loves video games. Logan currently resides on a farm full of animals in Florida. 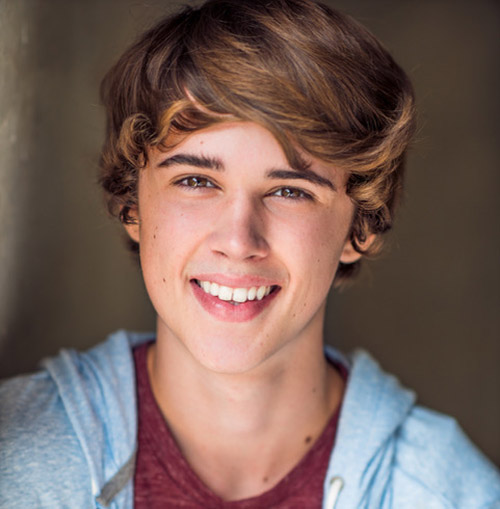 Hi Logan, please tell us a little about you?

Hi! I’m Logan Allen, I am 15 years old, and I’m an actor from Orlando, FL. I live on a little ranch down here with all types of animals. At the time, we have cows, horses, and chickens, but we used to have goats, hogs, lambs, ducks, etc.

The 3 words to describe myself are: passionate, caring, and athletic.

How did you get started into acting? How has this changed your life?

A friend of ours had a kid who was an actress and thought I would be good in the acting/modeling business. We weren’t sure about the whole thing at first because no one in my family is or was in the business. After some discussion, we decided to try it out. After a while of doing it, I knew that it was my passion and was something that I wanted to do.

The best part is getting to work with the people that you work with. I never thought I would actually meet these people much less work with them. Also, it’s my passion and I love it.

The worst part about acting is the end of the show/film. It is not fun when you wrap up a show because then you miss everyone and don’t see them for a while.

Tell us about your work in Netflix’s “Sweet Magnolias?” And about your role as Kyle Townsend?

Sweet Magnolias is centered around Maddie Townsend, a woman who has 3 kids and is in the middle of a divorce. Throughout the season, she and her 2 lifelong friends deal with conflict in the small town of Serenity, South Carolina. The trailer is out now!

I play Kyle Townsend, a wholehearted kid who wants nothing but good for everyone around him. He’s so nice and caring. He is an aspiring theatre actor (you guys will see that in the show) and works so hard.

Now tell us about working on an episode of AMC’s “Creepshow?”

Creepshow is a horror anthology series by Greg Nicotero. It’s based on the old Creepshow movie franchise. Since it’s an anthology series, I’m only in one episode but it is a good one! In my episode, I play Harold. Harold is going through a lot; his brother is pretty abusive. He gets into a fight and then runs to a farm. Let’s just say, it gets pretty crazy from there because a deadly scarecrow comes into play!

I loved working on this show because I’m a huge horror fan! I’m also a fan of Greg Nicotero (creator) and David Bruckner (Director). So, just being a part of something with these guys was a blessing. 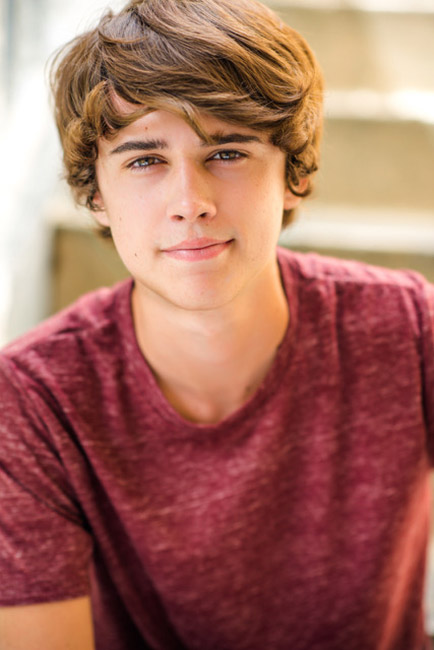 I was in a few films called “Bernie The Dolphin” and “Bernie The Dolphin 2.” These two films are about a sunburned dolphin who two kids, Kevin (played by me) and Holly Ryan (played by Lola Sultan), help recover from his injuries. It’s a fun family film that everyone will enjoy! You can find it in Wal-Mart, On demand, and on iTunes.

I was in a Nickelodeon show called Talia In the Kitchen which aired back in 2015. I played Vinnie, a kid who was very poor and didn’t really have much food available.

All roles are fun to me but I think my favorite are the more serious ones. For example, in Sweet Magnolias, there is a lot of drama going on. My character is going through an emotional roller-coaster and I love that type of acting. I think working in horror is my favorite. I grew up watching Halloween, NOES, Child’s Play, Scream, etc. All those films/franchises have a special place in my heart, and that’s why I was so excited when I got Creepshow! It was my first horror project and I hope there are more to come!

The final result. The happy fans. That’s really my main goal; I want to make people happy with my work. Obviously during this time, this is what people may need. I just want to deliver every performance.

Hard working, motivated, and caring. I never give up on what I love. He’d also probably tell you that I watch a bit too much Netflix.

My episode of Creepshow airs on AMC May 11th at 10pm EST! Sweet Magnolias drops on Netflix May 19th! Bernie the Dolphin just dropped in Italy so all my Italians out there, go check it out!! Even with all that, there is still more to come 😉.

Happiness is loving yourself. If you do not love yourself, you cannot truly be happy.

This is way too tough because were not just talking about actors, we’re talking about historical figures as well. This is tough. We have Abraham Lincoln, MLK, there are so many.

Don’t give up on your dream. Yeah, it’s basic, but it’s true. It changed my life. To everyone reading this, I was just a kid in Central FL. Didn’t even know what my dream was. After a few acting projects, I knew this is what I loved and that my dream was to be on the big stage, to be on the big screen. Now I’m on a Netflix show. It’s kind of unbelievable. But I kept that advice and kept on getting better and pushing myself to get better.

I support Red Cross, Organization for Autism research, Legacy of Hope, Autism Speaks, and Ronald McDonald House Charities (RMHC). Those are all great organizations and charities that you should check out.

Hopefully still working and makes film/shows. This is my passion so I hope I’m still working then. I hope by then I’ve also been nominated for some awards too. That’s my next big goal.

You see, I listen to a lot of rap/hip hop but discovered Aaron Watson about a year ago. Aaron is a country music artist. I don’t listen to too much country myself, but he is incredible. He’s a good mix of classic country and new country. I think any of his songs like Fence Post, Trying Like the Devil, Texas Lullaby, etc, could be my favorite. Some other songs I enjoy are from artists like my boy KYLE, Roddy Ricch, ect. I don’t really have a favorite song at the moment; way too hard of a question!

I really enjoy social media. I spend a lot of my time on it. I love it because I can easily stay in touch with people and also chat with fans occasionally. It’s really nice. I’m on Instagram and Twitter. I’m very active on both. My Instagram and Twitter is “ItsLoganAllen”.

Quote: “Whenever I’m about to do something, I think. Would an idiot do that? And if they would, I do not do that thing.” – Dwight K Schrute III. My office fans know what’s up lol.

Favorite Singer/Artist: I have multiple. Like I said a few questions ago it’s so hard to choose. But I have a couple; KYLE, Aaron Watson, Roddy Ricch, Jack Harlow, and Juice WRLD are just a few.

Movie: Halloween without a doubt. I’m a huge horror fan and this movie displays the horror genre perfectly. It’s not just about the horror, but about the cinematography, the score, the writing, and of course the characters. It paved the way for other amazing horror slashers and it’s just a perfect film.

Tv Show: This is another tough one. I love Stranger things and the Office. Those are my top 2 right now. Both of those shows are just brilliant!

Book: My favorite book is one that I’ve read recently called, “Tuesdays with Morrie, by Mitch Albom. It gives insight on ALS. It is such a good book! I definitely recommend it!