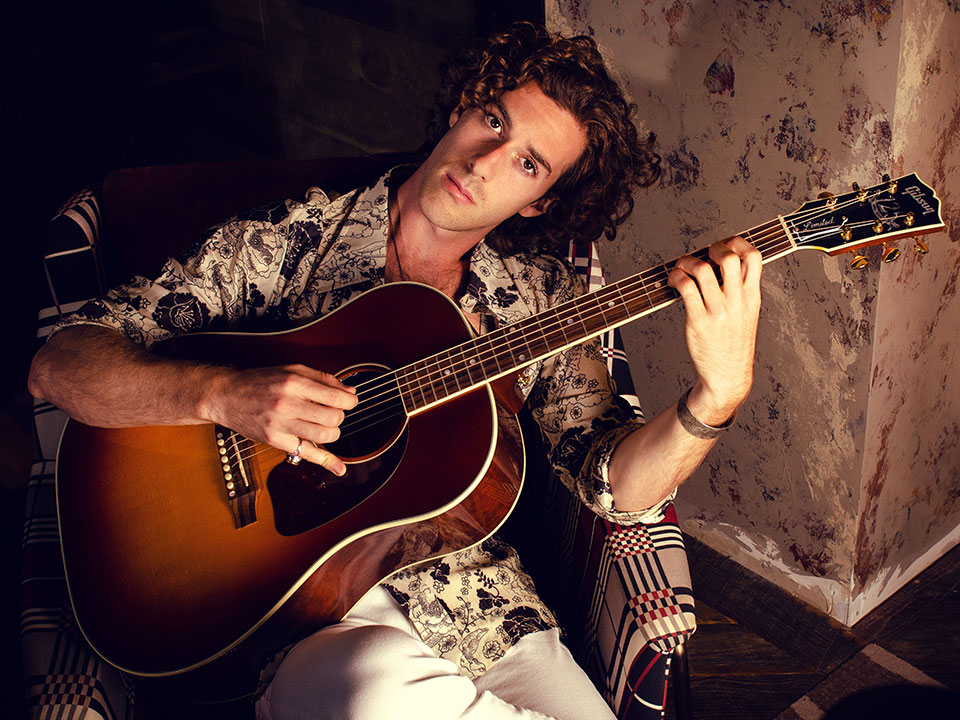 Check out our interview with TROY (also known as actor Troy Doherty) who just released his debut single “Unbreakable” Today!.

Drawing inspiration from top artists like Ed Sheeran and Harry Styles, as well as classic hitmakers like Elton John and Queen, TROY’s sound is a perfect balance of current pop production with edgy rock elements. The burgeoning star takes the listener on an inspiring journey with “Unbreakable,” providing a great reminder for 2020 to break free of comfort zones and keep pushing past obstacles. From the first whistle tones to the final driving beats, the song creates a feeling of hope and invincibility.

“Unbreakable” was written by TROY (co-writer Evan Frederiksen) and elevated by award-winning producer Marti Frederiksen (Aerosmith, Carrie Underwood, Daughtry) at Sienna Studios in Nashville, TN. “I’ve worked with some of the top artists in the industry and TROY’s right on track to being on that list,” says Frederiksen. ““Unbreakable” is one of several songs we’ve been working on together. It’s the perfect song for the times.”

The singer got his start in New York City musical theatre, acting and singing in the musicals Oliver! and A Christmas Story. Eventually moving to Los Angeles, his talents brought him on screen where he landed roles in the TV shows This Is Us (NBC), The Last Ship (TNT), and Victorious (Nickelodeon).

Hi Troy, please tell us a little about you?

I was born in New Jersey and grew up at the Jersey Shore. I love the beach. I started singing the minute I could speak. When I was 12, I started performing in musical theater in New York. I moved to LA when I was 15 and was fortunate to work in the acting industry (This is Us, The Last Ship, Victorious…) while writing music. Performing has always been a part of my life but music has always been my driving passion.

I grew up in a household with an excellent taste in music. So it’s always surrounded me. My parents told me as a kid I’d stand on the table and belt Lou Bega’s Mambo #5 just for the fun of it. But as I got older, and with the support of my parents and many other influential people in my life, I was told I had a powerful voice. So, when I was 12 I got involved with musical theatre in New York City and started writing my own music at age 14.

I’m a fan of so many great artists like Freddy Mercury, Lionel Richie, Ed Sheeran and so many more…they’ve all influenced me in some way or another. I started to write my own music around age 14. That teenage energy had to go somewhere, Haha. As I got older I felt myself gravitating more towards music in my free time. There wasn’t a day that went by where I wasn’t singing or writing. One day I was playing a song of mine for a friend in LA and she said “there are people in the world who really need to hear this!” It was at that moment I decided it’s time for me to be honest with myself and face the music. I moved to Nashville and began recording.

Yes, I play guitar, piano and the trumpet.

Definitely. I think it’s natural to feel a little nervous, especially before a show. It makes me human. I’ve learned to embrace it.

Tell us about your new single “Unbreakable?”

Unbreakable is a reminder to myself of the person I choose to be. If you want something in life, it takes commitment, sacrifice, and the courage to make it happen. It’s scary, but the reward of getting out of your comfort zone is far greater than the risk of not. I hope this song inspires others to stop being afraid and to trust in themselves.

While I was lying in my bed one night thinking about life, I started to write Unbreakable. It was a time in my life that I felt like I was consistently tested to see if my legs would give out or if I would keep going. It was the moment where I started to trust myself more and become who I am today. As the writing process continued, I realized so many others were going through the same thing – trying to persevere through tough times and aiming for better days. This song to me isn’t just a song, it’s an anthem.

Yeah, initially COVID put a damper on my performance plans, but it also gave me the opportunity to write and record more music. A few weeks in, I got the idea to start performing on my driveway for the neighborhood, all socially distanced of course. The shows took on the name of the “Cul-de-sac Concerts” and the neighbors really seemed to enjoy them. I’ve played over 18 shows so far and I streamed them live to my Instagram and Facebook. And for July 4th, we did a special show on Bandsintown. It’s been a great way to feel connected to one another even when we’re far apart. 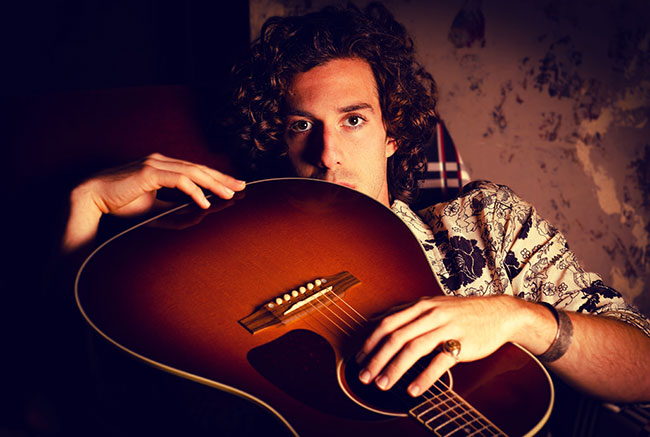 Winning an EGOT (Emmy, Grammy, Oscar, Tony) is at the top of my professional bucket list.

I love writing music and performing live. There’s no greater feeling than writing something you’re proud of and then having the audience sing it back to you. Eating the Frog (doing the dirty work) isn’t too much fun, but the consistent dirty work is where the most progress is made.

What’s next for Troy Doherty in the last months of 2020?

Lots! The Unbreakable music video comes out October 1st. My next new single will release in a few weeks, with several more following right behind it. But the most exciting bit of news is that I just became an Uncle for the first time! She’s precious and I look forward to being with her soon.

The Happy Birthday song. Everybody knows the words and no matter where you are, everyone sings along.

I love acting, working out, cooking, and video games. I’m working on building my first PC with my brother right now. I have no idea what I’m doing.

My Dad’s parents. They passed before I was born. Family is the most important thing to me and from just hearing stories makes me miss people I’ve never met.

If you don’t love yourself, how do you expect someone else to love you?

There is no typical day in this industry. Haha! However no matter what day it is, I start the day by working out and having a healthy breakfast. Afterwards, I usually will warm up my voice and sing for a few hours, practice the guitar, play piano, and write music. I usually end my day writing in my journal and meditating. Then I’ll sit in bed and be on reddit for like 2 hours… Such a crazy place… I love it.

Spending a whole day with my family, chilling in the pool, cooking, and enjoying each other’s company.

Believing in yourself more than anyone.

Yes. Imagine an Answer. It’s a wonderful charity for children who suffer with brain cancer.

I make chicken thighs with rice and vegetables almost every night. I love it.

No sense of humor.

I see myself having a few albums out as well as working as an actor. I’ll have the “G” and the “O” of the EGOT.

Alluring with some edge.

I think it’s a great tool that can connect the entire world together in an instant, but too much of it isn’t great for your mental health.