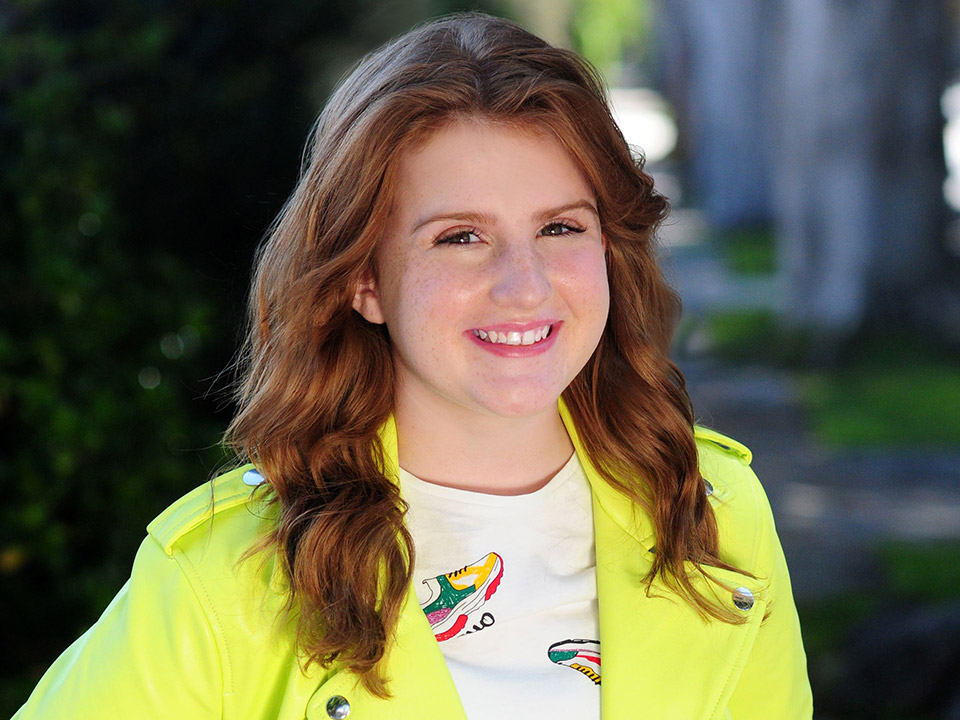 Check out our interview with Nickelodeon’s “All That” redheaded, comedic and mega-talented star Reece Caddell who is proving to be the perfect young star to revive Nickelodeon’s sketch 90’s comedy series.

Reece grew up in front of the camera, starting at just 5-years-old in HBO’s Hello Ladies, opposite Steven Merchant. She has stayed busy working with Scott Aukerman on Comedy Bang! Bang!, recurring ABC’s critically acclaimed comedy, Fresh Off The Boat, and Disney Channel’s Coop and Cami Ask the World. 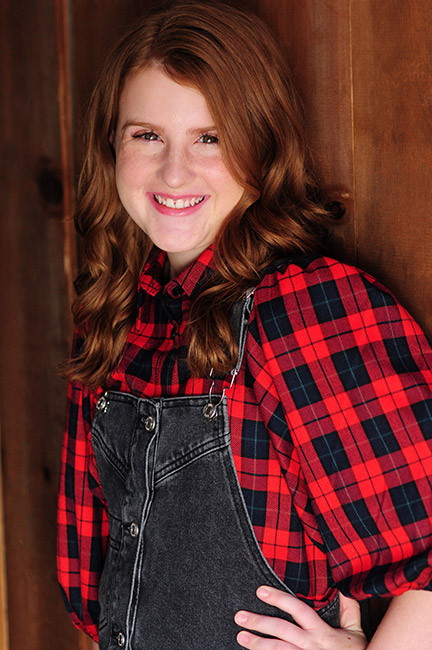 Hi there! I’m Reece Caddell. I’m 13 years old, the youngest of three and an actress in LA.

I asked my castmate, Kate Godfrey, to help me answer this one and she described me as kind, intelligent and playful! (Thanks, Kate Kate!)

There are so many kind and hardworking people I admire–but someone I’ve been drawn to lately is Liza Koshy. She has such sharp comedic timing and isn’t afraid to be goofy! I met her at Vidcon and she was so excited to meet the cast! It was really lovely that she was so genuine. She worked on a recent episode of All That and she was one of the kindest people ever!

I honestly cannot remember a time I wasn’t doing some kind of acting. Back where I’m from in Denver, my two older sisters were always making up stories and doing plays and I loved to tag along with whatever they were doing. When they started coming out to LA to audition, I was only 5 months old. I was pretty energetic as a little kid, so I wasn’t really ready to be on a set until I was about 5. I went acting classes and to auditions and kinda learned how to be in front of a camera. I started to do a few small projects with film students and stuff like that while I learned how to take direction, not touch things on a set and to do the same scene a bunch of times or whatever. I got a role in a commercial and then a few months later, got a small recurring part on a new HBO show and that kinda got me launched.

Oh my gosh—it’s like getting your dream job! Before All That, my family had just relocated to Tokyo, Japan for about a year. I was flying back to LA for acting work, but wasn’t auditioning near as much as when we were in LA. When I booked the role on All That, my mom and I came back to LA and have spent this year together while my Dad and middle sister stayed back in Tokyo until just recently. Instead of getting up and taking the metro to middle school in Tokyo, (or getting up and going to school and then auditions like when we are in LA), my day is definitely different! Now I get up and go to work with the most talented crew and some of the funniest people I know. And our job is to bring to life these hilarious characters and moments and make people laugh! (I still do school, and I have the best classmates ever—my castmates!!)

This year, I’ve had a chance to do some really amazing things like be a guest on the Today Show, speak on a panel at VidCon, and I get to go to the Kid’s Choice Awards because All That is nominated for an award! I’ve met some really great fans of the show and had the chance to work with crazy creative people!

Tell us about your work on Nickelodeon’s sketch comedy series “All That!?”

All That is soooooo fun! Think of it like Saturday Night Live for kids. It’s like when you’re sitting with your friends and someone says, ‘Hey, wouldn’t it be funny if….” and then someone gives you professional stunt people and fantastic costumes and amazing special effects and you can make ANYTHING funny happen!! It’s like that. It’s an ensemble cast of 8 kids (and some of the fantastic Legacy All That cast) and we all get to play multiple characters. One of my favorite characters to play is Baby Papyrus and love being the new host of Vital Information. 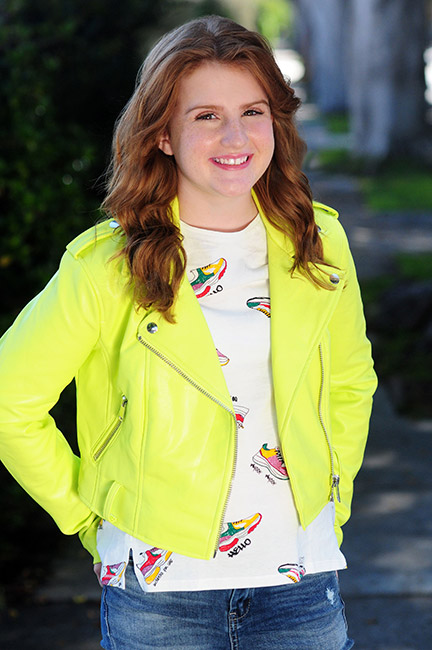 And about your work on Disney Channel’s “Coop and Cami Ask the World?”

On my goodness—I love working on that show! It was one of the first shows with other kids in the cast that I was on AND it was a kid appropriate show that I actually got to watch, haha! Ruby Rose Turner, Dakota Lotus, Paxton Booth, Olivia Sanabia and Albert Tsai were always so kind and welcoming to me and it really made me long to be on a set with kids in the cast. And I love playing Minty Matheson (she’s such a punk, hehe!)

The past year has been heavily focused on working on All That! We do a lot of YouTube and social media content to support the show, in addition to the actual show! I did guest star on a couple episodes of Schooled on ABC this year, which was very fun, too! The best place to keep up with me and upcoming projects is on my Instagram: @itsreececaddell

Definitely when we tape the Friday night show in front of the live audience and get to hear the laughs for the first time! And when we’ve been rehearsing all week and the crew still finds it funny. They’ve seen the same sketches all week and have worked on so many shows and when they laugh, you know you did something original and funny. I love that my job is to be silly and goofy and make people happy!

It has to be ice cream. My favorite is mint chocolate chip!

Living in Japan has definitely influenced me and having access to the knowledge and help of our fantastic All That wardrobe team has been really great for me to begin to even consider my personal style. It is really useful to see how the team puts outfits together. I’m pretty casual and pieces have to be comfortable enough to run and jump and move in. (I jump around a lot hehe!)

Tell us about your YouTube channel with your sisters? How did this come to be?

When we finally made the big move from Denver to LA, there was a writer’s strike in Hollywood just a few weeks later. Which meant no one was writing scripts and suddenly, there wasn’t much work for actors, especially kids. So, our manager encouraged us to make our own content and we started a YouTube channel, 3 Ginger Sisters. We decided to do sketch comedy so we could keep working on our acting skills, and to make that happen, we had to learn how to write scripts and how to film and edit a video and everything! We kept even our terrible first sketches on the channel to give people hope, hehehe! We learned a lot!

What is your favorite thing to do outside of acting?

I love to hang out with my sisters, draw (I practice drawing every single day), and I love to swim! 🙂