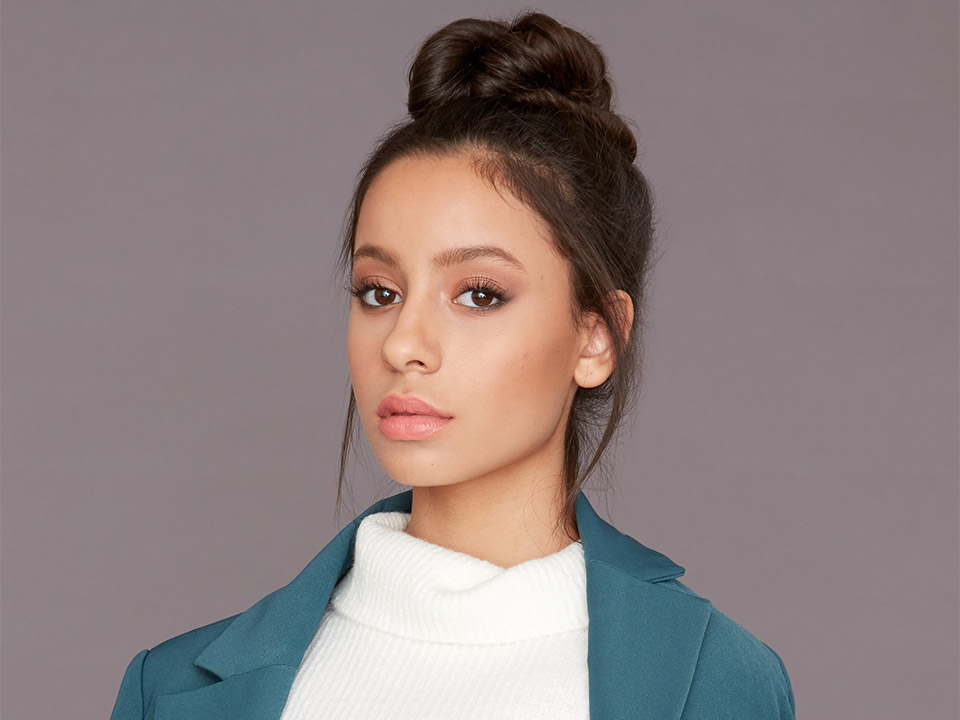 Check out our interview with talented Nickelodeon’s “The Casagrandes” star Izabella Alvarez.

Izabella plays the lead spunky character, ‘Ronnie Anne Santiago.’ The animated series tells the story of 11-year-old Ronnie Anne after she moves to the city with her older brother Bobby and her mom, where they now live with their big, loving multi-generational family, the Casagrandes. Her new life promises to be an adventure, especially now that she lives under one roof with her grandparents, aunt, uncle, cousins, and a sass-talking parrot. By depicting stories based in Mexican-American and Latino themes, “The Casagrandes” is a bridge to Latino culture.

Izabella graced the big screen this year in her first leading role and feature film “Collisions.” The movie starring Anna De La Reguera follows the journey of 12-year-old ‘Itan,’ played by Izabella, as she fights to free her mother from the immigration system. 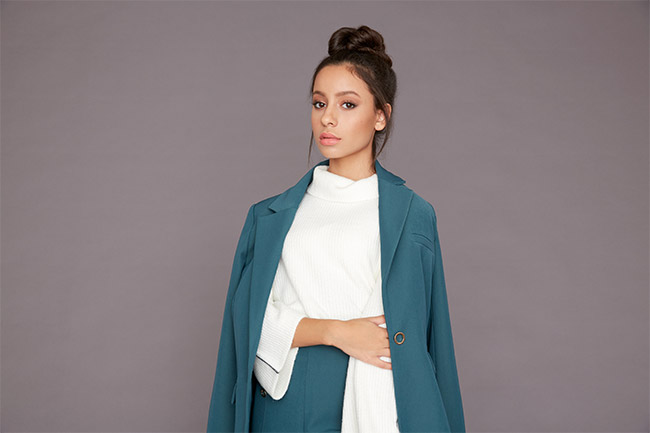 Hi Izabella, please tell us a little about you?

I’m a young Latina Girl with a raspy voice who was born and raised in Orange County. At the age of 6, I started acting and fell in love with it. I feel like I’m home when I’m on set. Prior to acting, I was into gymnastics and was always told that I had really good balance. As more acting jobs came in, I was forced to choose between acting and gymnastics because of my busy schedule. It was tough to stop gymnastics, but after long talks with my family I realized I’d be making a mistake, if I didn’t continue acting.

My Grandmother because she’s wise and strong, AND she’s a great cook. I LOVE to cook too.

I was about 6 yrs old and I had an opportunity through my dad to be apart of a Walmart commercial with my real family. I fell in love with the craft and I’ve been doing it ever since.

It’s allowed me to express myself through different characters without being judged.

Tell us about your work in Nickelodeon’s “The Casagrandes?”

I’m so proud of this animation series and hope everyone is loving it as much as we do. It’s a spin off of The Loud House about a multi generational Latino family. I’m a voice actress on the show playing Ronnie Anne Santiago.

And about your lead character Ronnie Anne Santiago?

And about your leading role in feature film “Collisions?”

I was blessed with the opportunity to play Itan. She’s a strong-willed, 12 year old Latina girl who is intelligent and fights for what she believes in. It was my very first lead role in a feature film. It was definitely a challenge, but now looking at the final cut, I’m so proud of it. It’s a small indie film with a powerful message on deportation. Please support our movie at CollisionsMovie.com

How was working with Anna De La Reguera?

I remember our first day of shooting, we had to do a very emotional scene. We instantly became mother and daughter as you can see in the movie with our chemistry. Without Ana the story wouldn’t be the same. She’s the sweetest human ever and so funny. My family and I grew up watching her on Nacho Libre, so working with her was a dream.

Well, I’m very thankful for the many opportunities to have worked on some great shows. I worked with William H. Macy and Joan Cusack on Showtimes hit drama series, SHAMELESS. I was on HBO’s sci-fi drama series, WESTWORLD opposite Ed Harris, Evan Rachel Wood and Clifton Collins Jr. Lastly, I worked on a comedy pilot on ABC with writer/producer, Diablo Cody called RAISED BY WOLVES. I LOVE the movie JUNO, so it was an honor working with her. She’s so talented! 🙂

I love working on projects that change people’s lives in a positive way. Or, even when people watch my shows just to be able to take them away from their crazy life for 20 minutes, thats probably the most rewarding part.

I would say grunge and anything that is comfortable. And, I’m really into turtle necks right now and vintage clothes.

She would most likely say crazy, loud, and always wanting to blast music while driving, haha.

I definitely want to continue doing more live action movies and TV, but I would LOVE to do a feature animation movie as well. Who knows, maybe we can do a feature of THE CASAGRANDES! 😉

Doing what you love in life!

I normally wake up at around 9ish when I’m not filming. I get some breakfast, meditate, check my emails, play with my puppy, go to a quick yoga or SoulCycle class, then get ready to go to Nickelodeon to record my show. 🙂

A perfect Sunday would be going to a day spa with my best friend Talia Jackson, then going to lunch at our fav spot, Olive & Thyme. After that, we’d go back to my place to play board games and watch movies. I just love chill days. hehe

My grandfather on my dad’s side, who past away at an early age, because he seems like the coolest person ever from stories I’ve heard. He worked at NASA and I wish I could hear all his amazing stories. My grandfather received a SILVER SNOOPY AWARD which was presented to him personally by an astronaut for outstanding achievements related to human flight safety or mission success- I guess it’s a big deal! I’m proud of him.

If we didn’t have bad days, we wouldn’t appreciate the good ones.

I see myself hopefully in a house of my own with maybe 2 more dogs, haha. And, I can visualize myself as the lead on a drama series.

Self Control by Frank Ocean because the vocals are crazy good and the last minute of the song is my favorite part.

I like it and hate it. I think it’s a great way to express your thoughts, but I also think you can get lost in it.

Quote: “Laugh as much as you breathe and love as long as you live.” – Johnny Depp

Book: The Fault On Our Stars