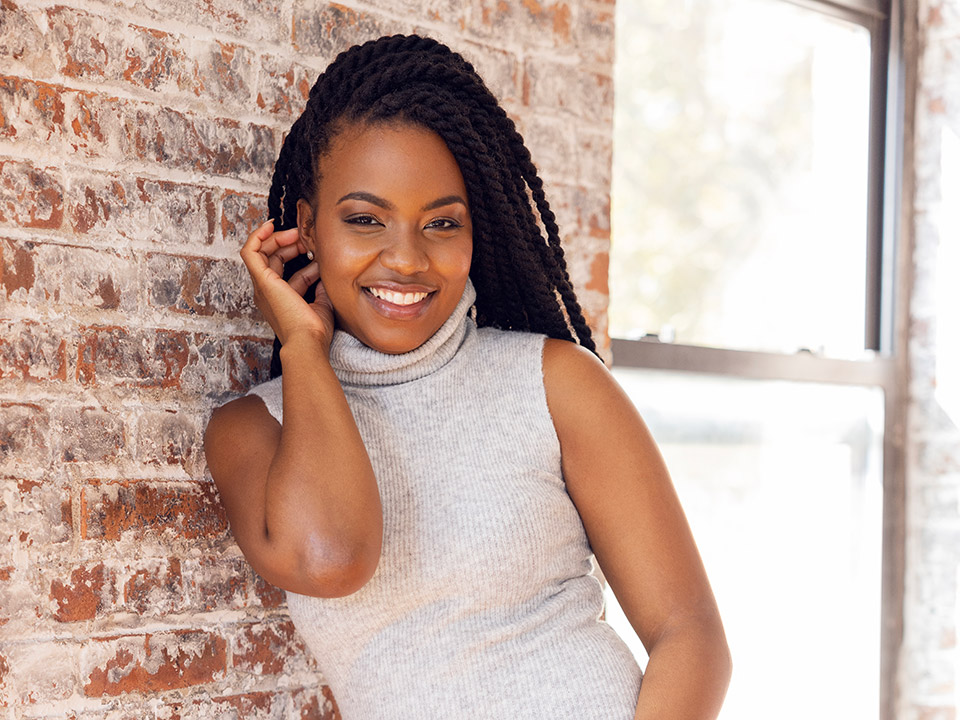 Check out our interview with NY-based actress Renika Williams who can be seen in HBO Max’s hit show “The Sex Lives of College Girls”. She has reprised her role in Season 2 of the series, which premiered on November 17th!

The rising star currently plays the breakout role of ‘Willow’ in the Mindy Kaling directed hit comedy-drama series. Renika brings her charismatic charm to the hilarious, soccer-loving character whose best friends with ‘Whitney’ (played by Alyah Chanelle Scott). After receiving high praise from fans and critics alike for the first season of the series, the show quickly started up production for a second season. 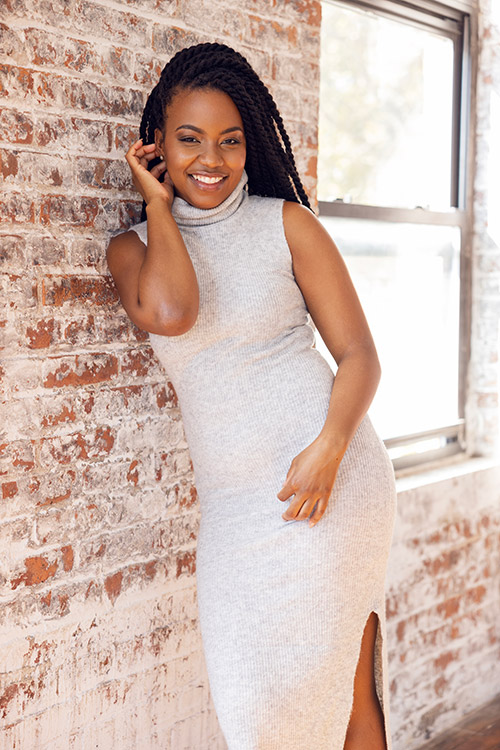 Hi Renika, please tell us a little about you?

A little about me…well, I’m a storyteller at my core. I’ve been a storyteller for as long as I can remember. Writing and performing has always been the way I express myself. I’m from Dayton, OH and I started doing theatre when I was 12 years old. And it’s still a big part of my life even with the transition into television.

I auditioned for the arts magnet school in my hometown when I was in the 6th grade. When I was accepted, that was the first time I had ever taken an acting class and I really fell in love with the craft. I knew at that young age, I wanted to pursue it as a career.

The best part of being an actress is the characters I get to embody and all of the stories, experiences, and perspectives that I can share on stage and screen. I think the worst part is how oversaturated the industry is and how much competition there can be. But what I’ve learned is, we are our own competition. There is no one like me and there is no one like you. And what is for you, will be for you and no one can take that away. That’s the best advice I’ve ever received, my mama taught me that!

I usually start by reading the script over and over, so that I know the story inside and out. Then, I tend to start with the character’s physicality. How does she move? Where is her center and how does she lead with it? Vocal work is usually next; placement of the voice.

Tell us about your work in HBO Max’s hit show “The Sex Lives of College Girls?”

Willow! I love that Willow is bold, authentic, and unapologetically herself no matter where she is or who she’s around. I really admire that about her and I try to make the boldest choices possible when I’m working so viewers can get the fullness of the character and her personality.

What we can expect on the current Season 2?

You can expect Season 2 of the Sex Lives of the College Girls to be even funnier, wittier, and messier than Season 1! 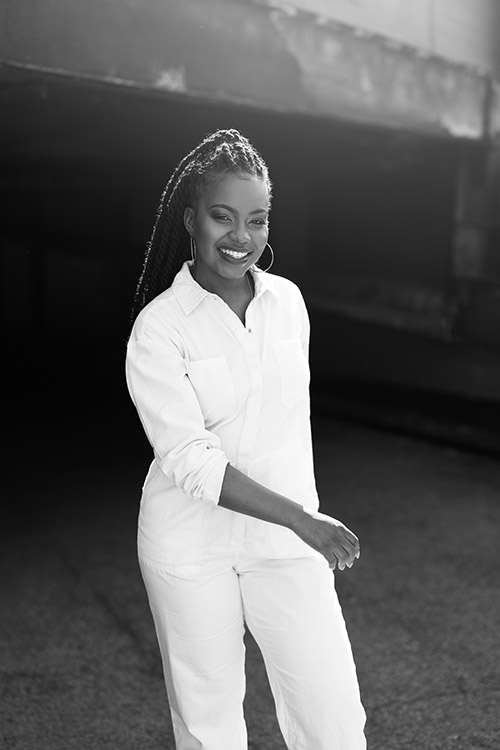 Super grateful and proud to be a part of the final season of New Amsterdam on NBC. New Amsterdam is a great show with an important legacy and I’m very proud to play a small role in it.

I want to play Black women who is bold, honest, vulnerable, brave, sensitive, awkward, funny, powerful, and everything in between. I hope to play many different characters in my life who represent a vast array of women in the world.

The most rewarding part of my work is a viewer or audience member tells me that they related to whatever character I’m playing at the moment and that I made them feel seen and heard. Everyone deserves that!

Create your own work while you wait. Breaking into television and film can be a waiting game but that doesn’t mean you can write for yourself! You might turn out to be the next Issa Rae! I sure am trying to be!

My best friend describes me as “set apart.” She says it all the time, that I’ve been “set apart.”

What’s next for Renika Williams in 2023?

Next for Renika Williams in 2023, is hopefully, more nourishing and impactful work. Whether that’s on the stage or on screen. 2023, I’m also manifesting well-rounded wellness and prosperity!

My favorite healthy food is sautéed kale, with garlic, mushrooms, and onions! So good!

Beyoncé. Because…she’s Beyoncé. And I am on the board of the Beyhive, so it’s only right I meet her.

I see myself staring in my own television series and hopefully traveling the world with the people I love the most.

Social media can be tough. A lot of comparisons can happen because of social media BUT I have found, in recent years, that it can be really fun. All of my time spent on social media is spent browsing through hilarious videos of puppies, babies, Beyoncé, and food. And those are all of the best things.

Quote: “Everything is as it should be”