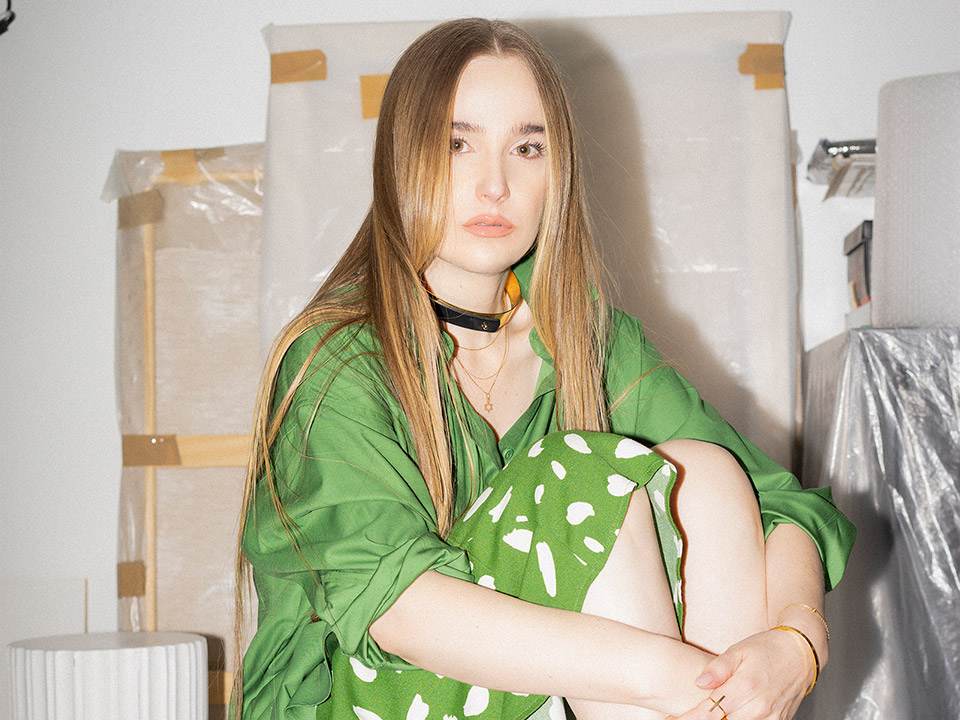 Jessica Yatrofsky is a NYC-based artist and activist, known for film and photographic work exploring body politics, beauty, and gender. After receiving her MFA from Parsons the New School for Design, she published her first photography monograph, I Heart Boy, with powerHouse Books in 2010, and her second photography monograph, I Heart Girl, in 2015 with her accompanying film “I Heart Girl – Video Screen Tests,” capturing over 100 women featured in her series. The film premiered with i-D Magazine in 2016.

Her photographic work has been exhibited internationally in addition to book signings with Barnes & Noble and Strand Books in NYC. In 2015, her film SUN IN MY MOUTH received an Honorable Mention in the LGBTQ “All Out Arts” Fresh Fruit Festival as well as screened during the Northside Film Festival in Brooklyn, New York. In 2016, Yatrofsky was featured in the cover story THE NEW PROGRESSIVES for the “Activists Issue” in Interview Magazine. Her work was featured in the NSFW:Female Gaze group exhibition at the Museum of Sex in NYC from 2017-2018. Yatrofsky’s work is part of the permanent collection at the Leslie-Lohman Museum for Gay and Lesbian Art.

Yatrofsky has curated panel discussions and hosted literary events with The Battery in San Francisco, CA, The Standard in both West Hollywood, CA and Miami, FL as well as participated in artist lectures for the Camera Club of New York, The Robert Giard Foundation, and the International Center for Photography in NYC. From 2016-2017, the Soho House hosted her touring conversation series “Gender Beauty & the Camera.” In 2019, Yatrofsky moderated a PULSE PERSPECTIVES panel discussion on “Art, Mindfulness & the Power of Community” in conversation with SAG actor Tiffany Lighty. 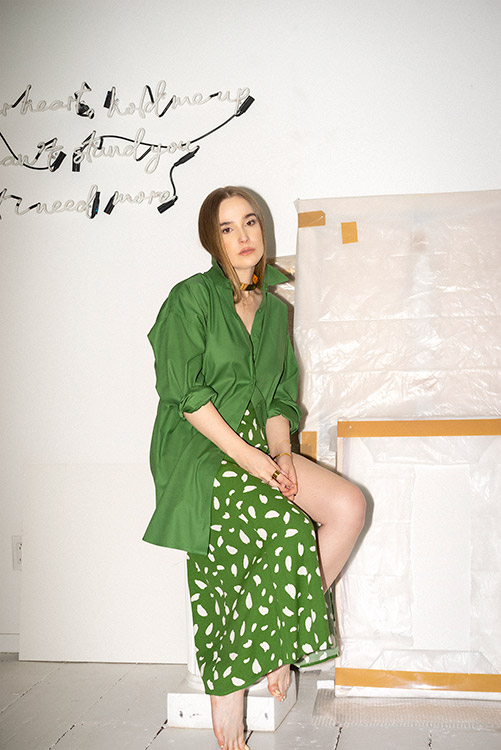 Hi Jessica, please tell us a little about you?

I’m a New York-based, multidisciplinary artist and activist primarily known for film and photographic work exploring body politics, beauty, and gender. I studied applied arts as an undergraduate and was formally trained in painting, drawing, and sculpture. I received my MFA from Parsons where I worked on a photographic series documenting subjects that eventually became two photography monographs, I Heart Boy and I Heart Girl. Most recently I published my first collection of poems, Pink Privacy, and my second collection of poems, Golden Thrown, officially releasing in 2023.

I give great phone!

Do what you love with who you love, and help others.

Film has had an immense influence on my life and continues to play a role in how I view the world and make art. I make images and I write about the human condition so I find cinema to be tremendously inspiring work to draw from.

How and when did you start your career in art?

As long as I remember I wanted to be a painter. When I was 5 I told my mother I wanted to move to New York City and become a famous artist, like Picasso. For the record, I went to art school and after some experience, I learned I’d rather have a more prestigious and dignified career like Louise Bourgeois, Georgia O’Keeffe, or Frida Kahlo.

What is fun and rewarding about being an artist? And what is not?

It’s lovely when your work can connect with and find an audience but it’s a challenge if said work is also polarizing.

My biggest failures have usually led to my biggest successes because failures tend to throw into sharp what isn’t working and give you the opportunity to adjust. 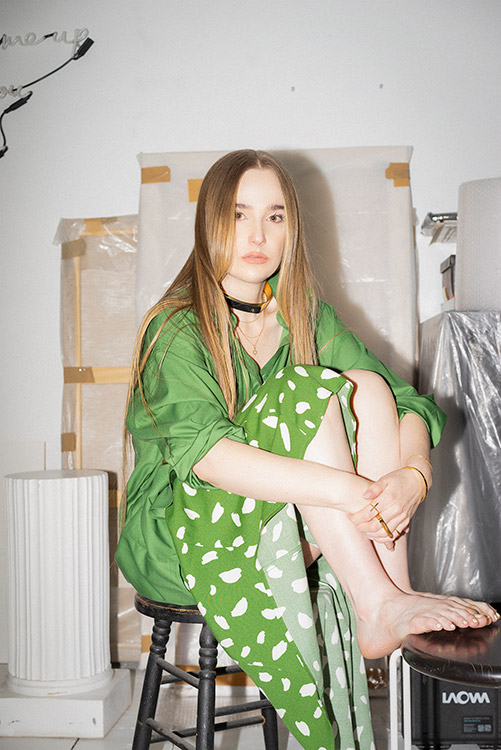 What’s your advice for newer artists?

Trust but verify and ALWAYS trust your intuition.

What book should every female read?

Scum Manifesto by Valerie Solanas and men should read Backlash: The Undeclared War Against American Women by Susan Faludi.

What’s next for Jessica Yatrofsky in 2023?

Currently, I am set to be the first female photographer to partner with Coinbase NFT to release my photography collection, I Heart Girl, as NFT this November. And is 2023 I will be doing a world tour with a new collection of poetry, my latest book, Golden Thrown, releasing early in the year. I will also be premiering another collection of poetry NFTs on the blockchain here!

I see myself making more art and working on finding new ways of building a legacy.

Less is more, (unless it’s gold,) and I couldn’t imagine a life without Zana Bayne.

I’d prefer not to converse with the dead nor do I fancy meeting my heroes because they are both equally scary.

I’ll tell you who some of my favorite directors are! I love Catherine Breillat, Michael Haneke, and Paul Thomas Anderson.

Laying in bed watching movies whilst talking on the phone!

“Take what’s useful and leave the rest,” which I believe originated from Bruce Lee’s famous quote “Absorb what is useful, discard what is useless, and add what is specifically your own.”