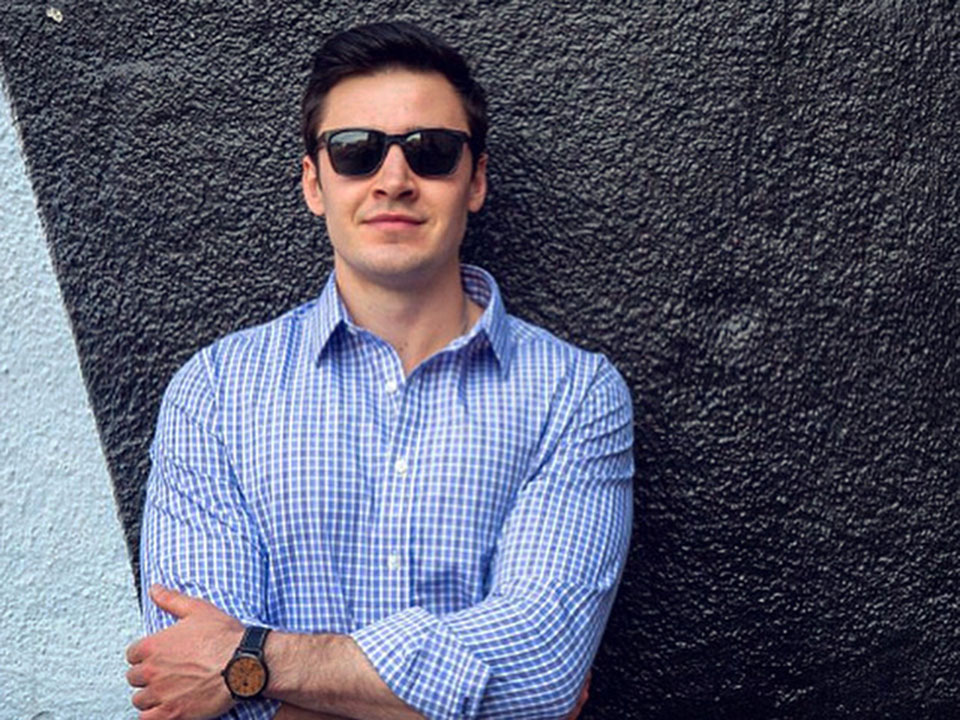 Check out our interview with NYC based singer and songwriter Trevor Knight who specializes in soulful pop. His goal is to spread joy through passionate ballads and playful jams. His sound and writing are influenced by artists such as Sam Cooke, Zac Brown, and Ed Sheeran.

Inspired by catchy hooks and slick harmonies, Trevor’s sound is driven by layered vocals, harkening back to his days as a shameless collegiate a cappella nerd. His smooth and wholesome voice blends the simplicity and nostalgia of Motown soul with glimmers of modern pop.

Through the process of crafting and recording his debut single “Giving It Up” for commercial use, he got a glimpse of what a life in music could be like – and he was hooked. Since then, he has been featured on thousands of playlists including Discover Weekly, tallying over 300,000 streams on Spotify.

Trevor has unveiled a new strategy of releasing a brand new single on the 1st of every month.

Hi Trevor, please tell us a little about you?

Hey there! I grew up on a dirt road in Minnesota where I spent my time playing sports and singing songs. After college in New Hampshire, I moved to NYC to work in finance. I shortly found myself playing open mics and writing original songs, and the rest is history.

Versatile, surprising, and playful? Haha that’s a tough one to narrow down.

I’ve been playing piano and singing since I was a little kid. My mom signed me up for choir through church and school, and when I went to college, I spent a lot of time arranging music for my a cappella group. After I moved to NYC after college and started working in finance, I just knew there was more. I started recording cover songs, which eventually evolved into writing originals and playing open mics. Every taste of a life in music I got, made me want to dive deeper. After a couple years, I made the transition to full-time musician and haven’t looked back since.

I make music because it brings me so much joy that I don’t really have a choice. My major influences have been doo-wop stars like Sam Cooke, genre-bending pop icons like Ed Sheeran, along with groups like the Backstreet Boys and Zac Brown Band.

I only really get nervous in the few minutes right before performing. Once it’s showtime, I’m just excited and having fun.

Tell us about your new single “Sugar.” What’s the story behind this song?

This song is so fun! It’s short and sweet, and it’s full of sunny and juicy imagery. I wrote this song with my girlfriend Melinda May (also an artist), and we had an absolute blast coming up with all these cute phrases. It came together pretty naturally, but we also put a lot of thought into these turns of phrases.

I thought 2020 was going to be the year I’d grow and perfect my live show. I guess I had that one wrong. I’ve turned instead to maximizing my digital presence and recording a lot more and releasing a new song every month. I played a virtual show in November with Melinda May, which was a blast.

A collaboration with Ed Sheeran, Sam Smith, Zac Brown, or Adele would just about do it for me. I’d be pretty content after that.

The boring stuff like managing accounts, sending emails, monitoring digital presence, etc can get long, but it’s part of the job. On the flip side, there’s nothing quite like the feeling of finishing a new song and never wanting to stop playing it. It’s just so rewarding to be able to enjoy something you’ve created. It’s also unlike anything else to have a crowd in the palm of your hand. I sure miss performing live. 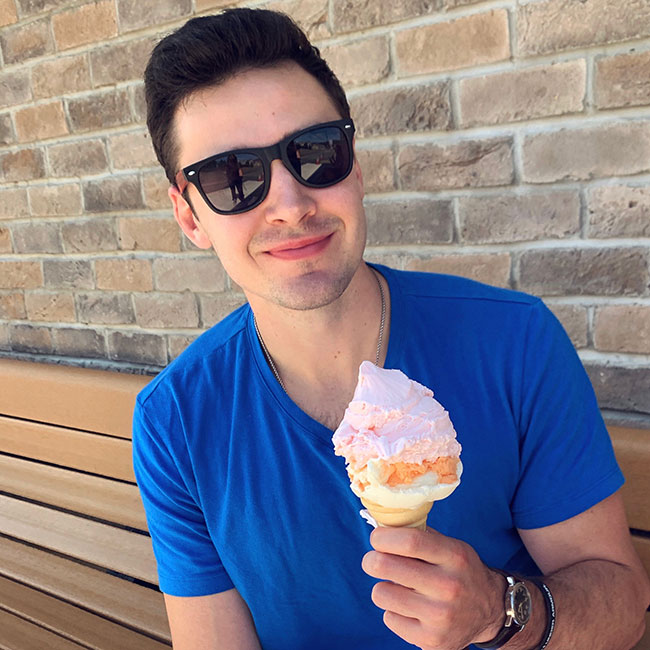 More music! I’ve been recording a ton of new material, and I’m going to have consistent single releases for the foreseeable future. I’ve begun working with a new distributor as well, which is exciting. Definitely keep your eyes open for some new content.

Wow, I simply don’t have a good answer for that. It changes every month and I blast a few songs on repeat. It’s always changing!

Oof, that’s a tough one. Maybe someone like Abraham Lincoln. He had such a profound effect on history and brought himself up by the bootstraps. That would be really neat.

“Don’t give up.” This has been passed along to me by various people throughout my journey, and I’m always surprised by how much it helps.

It’s honestly great! Sing a little, write a little, move a little, eat some good food. I like to work hard but once I’m done, I love to unwind and have a good time. There’s actually a YouTube video out there that catalogs a day in my life – I highly recommend it.

I think very logically and I am extremely tough. Those things serve me pretty well in a lot of tasks.

Church in the morning, wings and football in the afternoon. That’s hard to beat.

“Footloose” by Kenny Loggins was a college a cappella favorite that makes for a great karaoke jam.

Doing what I love alongside people that I love. Being able to serve and be generous. Hard to argue with that.

I love to support my church in any way I can. I donate to a few different charities every year, and I generally switch it up.

If you think pop music is stupid or not intellectual enough. C’mon now!

Still doing what I love – putting out music, podcasts, and other content. Paying the bills and positively influencing people. Having a great time.

Clean-cut, simple, not over-thought, and a little playful. I can dig a tasteful Hawaiian shirt or funny hat once in a while.

It can be fun! It’s part of the job for an artist. It’s a great way to stay connected to my fans, and I love it for that reason.