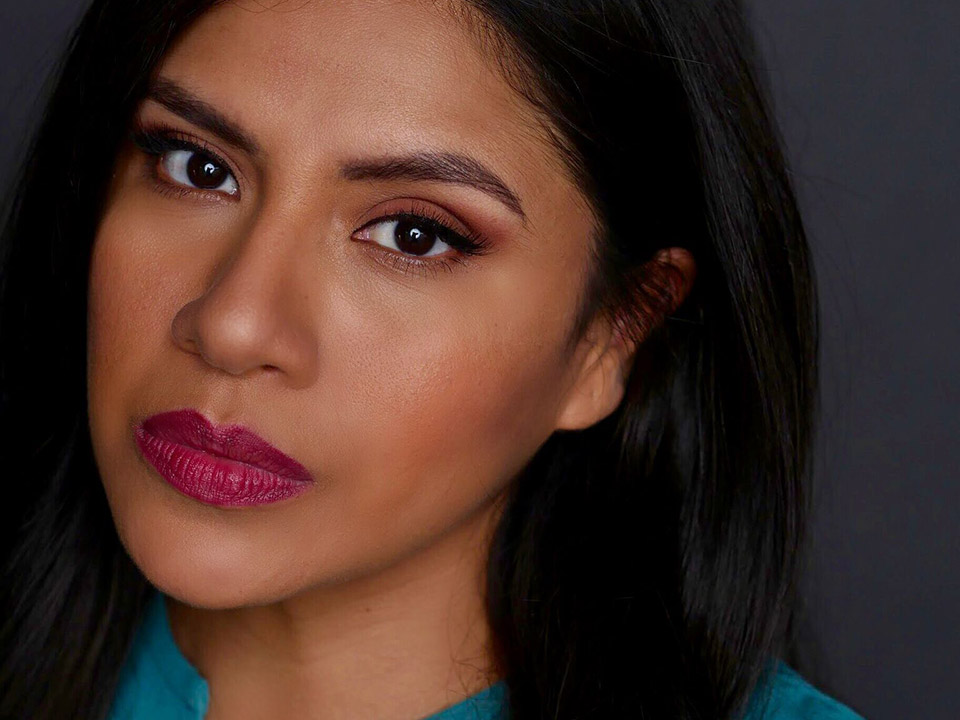 Check out our interview with actress Melinna Bobadilla who is the brand new addition to the family of females in Litchfield Penitentiary on the award winning Netflix original series “Orange Is The New Black.” Melinna, budding Latinx actress, portrays ‘Santos Chaj,’ a Central American migrant woman. Melinna’s educational and career background coupled with her Mexican-American heritage, makes ‘Santos Chaj’ a role she was destined to play. “Orange is the New Black ” the final season is currently available on Netflix.

Melinna has been a performer from a young age, having started dance at four years old and graduating to acting in high school. She got her start professionally, dubbing famous Telenovelas such as “Celia” and “Allá Te Espero” into English. She went on to appear in the hit TV shows “SEAL Team” and Eva Longoria’s “Grand Hotel.” Upcoming for Melinna is Netflix’s “The Laundromat” with Meryl Streep and the Apple TV+ series “Little America” which goes behind the scenes of immigrant families in America. 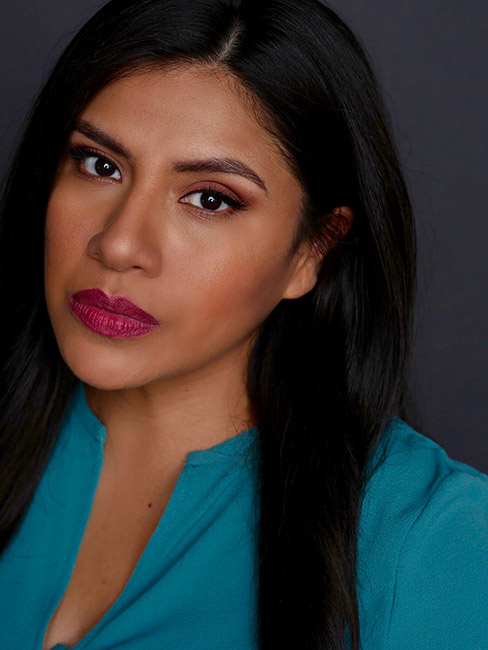 Hi Melinna, please tell us a little about you?

I was born and raised in Los Angeles to loving parents who immigrated from Mexico to LA when they were kids. Having been raised by a teacher, education was always very important in our family and I attended U.C. Berkeley as an undergrad and New York University for a Masters in Theatre & Education. My roots are in theater and I first started acting in high school. However, as a Chicana, being involved in social justice work and community engagement was always a priority for me, so prior to acting full time I was an educator/ youth organizer with nonprofits and various schools. I am a passionately, progressive social justice activist, a foodie who loves cooking/travel shows, am obsessed with Korean skincare and love smart, inquisitive people!

I’m a skilled orator and litigator, meaning I feel very comfortable and prepared to stand up for what I believe. This is probably why I almost went to law school instead of grad school to study theater. I’m also an empath and am quickly able to connect with people and adversely, I’m also quickly able to detect ulterior motives and disingenuousness. Some also say that I’m sarcastic and funny, and I’d be inclined to agree.

Did you always know that you wanted to become an actress?

I think I knew after first performing on stage in high school, but I also have other passions so it took me some time to realize that I didn’t have to choose just one thing.

Do you get nervous when go to an audition?

YES I still do, not sure if this ever goes away.

I’m lucky because I have four: my mother, father, boyfriend and sister.

It wasn’t easy because there aren’t a plethora of Latinas, especially Mexican women with clear indigenous ancestry, whose careers I could emulate. I started in theater, I trained in my craft, built strategic partnerships and kept going, sometimes even when I kept wanting to quit. My first short film that received a lot of attention and toured the festival circuit was WE KNOW WHERE YOU LIVE. It made it to NBC Universal and I think I needed to feel a bit of affirmation and see the door crack open a bit. A few months later, I booked back to back roles in CBS’s Seal Team, ABC’s Grand Hotel, the Netflix film THE LAUNDROMAT and then OITNB.

I played Roxanne in Cyrano De Bergerac in high school.

YES, a lot, both in studios and at NYU.

The best part is being able to be an empath and connect with the complex humanity of people whose stories are overlooked or dismissed; telling underrepresented stories. The worst part??? Honestly, the fact that there is a lot of racism, sexism, and ageism in the business. There are really outdated, limiting and frustrating standards for women that do not celebrate diversity and women of color.

How do you prepare for a role as Santos?

I studied my lines in K’iche by reading them phonetically and listening to recordings from a translator. I also watched documentaries about Indigenous Mayan communities who organized against political violence, read a ton of articles about the conditions in migrant concentration camps, and watched interviews with family members of people who had been killed crossing the border or while being detained by ICE/CBP.

How did you got selected for the role in OITNB?

I auditioned on tape and casting also learned that though I wasn’t fluent in the Mayan K’iche language, I had performed in a play about the POPOL VUH- a Mayan creation story, so I had some familiarity with K’iche words and pronunciation.

How do you feel working with this amazing cast?

It was great because I got to perform with women I had admired for years and felt proud of being a part of this formidable TV legacy. Also, it made me bring my A game.

And about your character?

I play Santos Chaj, a young Indigenous Guatemalan woman who speaks Maya k’iche. She leaves Guatemala to escape violence only to be met by more violence- BOTH SEXUAL AND STATE SANCTIONED, on her journey north and ultimately she ends up imprisoned at the PolyCon Ice Detention facility. She is isolated because no one speaks her language ,and though she finds herself in a desperate situation, she doesn’t give up and continues to try to fight for herself.

I want to play roles that feature stories of strong, smart, complicated, strategic, resilient women. I want to play a woman who doesn’t have to apologize for the skin or body she is in. You can be BROWN, have indigenous features, and be boldly confident and have graduate degrees- like ME.

What is next for Melinna Bobadilla in 2019?

Ordering takeout and cuddling on the couch with my boyfriend while binge-watching a show.

I support organizations that work alongside the community they are helping in order to create leadership, agency and strength from within, as opposed to perpetuating a model that doesn’t challenge large socioeconomic gaps. I think it’s too easy and sterile to write a check at a charity ball after watching a slideshow of disenfranchised people. Real solidarity is about showing up on the ground and asking how you can help and support. I’m currently partnering with Define American and Voto Latino to engage young activists of color.

Song: Anything Selena, also We The People by A Tribe Called Quest