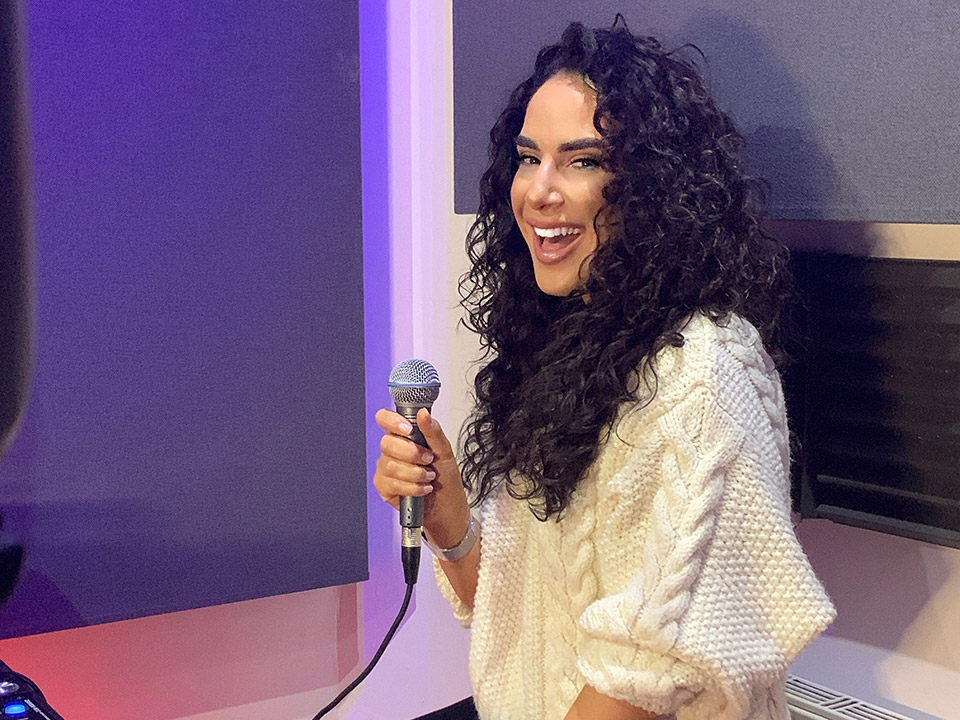 She is notable for her versatile writing style and has written across a range of genres. She has just teamed up with Eskei83 and ReauBeau to release ‘Get No Better’ on Circus Records, soon to be followed by Doctor P feat. Dani Senior ‘Way To You’, also on Circus Records. As a leading light in the Dance / House arena she has featured and toplined on hit singles such as ‘Run This Town’ for OFFAIAH ft. Shenseea, nominated for Best Single and Best Newcomer at the Urban Music Awards UK, ‘Tell My Heart’ for Nora En Pure and ‘Need to Feel Loved’ with Sander van Doorn & LVNDSCAPE. Other Dance collaborations include Michael Gray, Burns and Bondax.

As a songwriter Dani recently co-wrote Rationale’s ‘Hurts The Most’ released on Bastille’s label Best Laid Plans and Warner UK band Dusky Grey’s single ‘One Night’ and has written for a number of K-pop, J-pop and Cantopop acts including TWICE (she co-wrote the official fan single ‘One In A Million’ for Twice. The album sold a record-breaking 36 thousand units in one day and has since been certified triple platinum), SHINee, Kara, Jolin Tsai and Twins.

Hi Dani, please tell us a little about you?

I’m an Artist, Songwriter-Producer, and DJ based in London, UK.

I auditioned to work with a music production company at Husky Studios in London years ago. They were R&B producers and were looking for an artist to develop and get signed to a record label. They discovered I could write my own songs, so they let me write the majority of my album, which sadly was never released. After I departed from the music production company, I started self-releasing my music, promoting myself on socials and working the gig circuit in London. I built up a decent following, as well as support from UK radio stations like Kiss FM, and BBC1Xtra. I had no management or mentor at the time, but I managed to get myself signed to AATW (All Around The World Records). Shortly after that I signed my first worldwide publishing deal and sort of fell into writing for other artists for a large part of my career. A lot of my features and collaborations in the Electronic Dance space for artists like Michael Gray, Nora En Pure, OFFAIAH, Sander van Doorn & Doctor P have largely come about from my work as a topliner (a topliner is an artist that provides melody and lyrics for a producer’s beat or instrumental track).

I was originally inspired to sing and make music around 3 years old when I first heard Minnie Riperton’s song “Lovin’ You”. I loved the fact that she was able to create her own magical world in that song; one that I could get lost in. My reason for choosing to make music really comes down to my interest in trying to recreate that magic. I have such a huge level of respect for the art of creating music and it’s such a therapeutic process. As a songwriter I was influenced by my Mother’s taste in music. She used to play everything from Motown, Disco and Soul records to classic singer-songwriters like Burt Bacharach and Carole King. Later she introduced me to artists like Mariah Carey and Whitney Houston which is who I learnt to sing from. As an Artist I aspire to brilliant music makers who are also Artists and DJs like Nervo, Peggy Gou, Nora En Pure, Daft Punk, Marshmello, Calvin Harris, Diplo & Cashmere Cat. 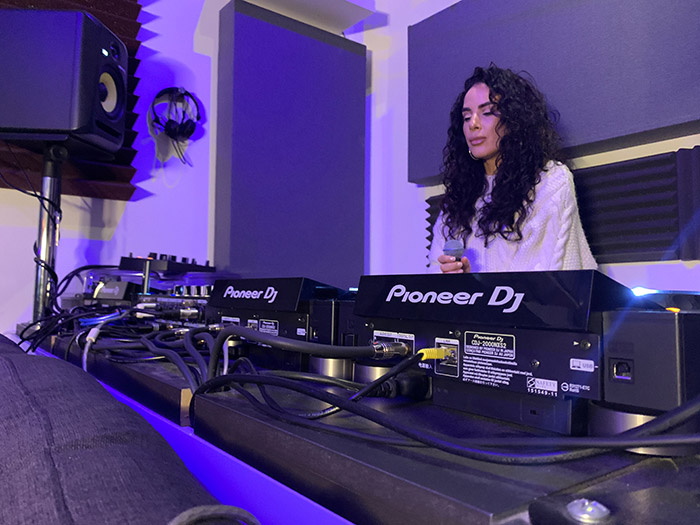 ALL the time. When I’m gigging, when I’m in the studio working with new collaborators, and even when I meet and socialise with people. For one reason or another I get very anxious. I’ve learnt how to manage it more effectively now though.

Tell us about your new single “Unwant You?”

“Unwant You” is my first single on Sirup Music. I co-wrote it over Zoom and recorded it at home during the UK’s first lockdown last year. I’m collaborating with Northern Irish producers and fellow DJs Menrva and Glass Keys on it.

In terms of the narrative of the song, it was written from personal experience. The story was based on a relationship from my past that wasn’t very good for me that I found very hard to break-away from. How it came about was I got sent an instrumental from Menrva, which was our initial introduction. I’d co-written a different song on it originally, but then I went back to the drawing-board because it just wasn’t hitting the spot. I tried a re-write and “Unwant You” was the result. Glass Keys had heard the “Unwant You” topline as they work closely with Menrva, and they loved it! So, they re-produced the original instrumental with some help from Menrva to finish it off!

Tell us about your huge single success as vocalist on Nora En Pure’s huge hit “Tell My Heart?”

Our collaboration has been one of my favorite’s so far. It’s with fellow female DJ & Producer Nora En Pure and I’m such a fan. I was so stoked when she named her World Tour after it (“Tell My Heart” World Tour 2016). I wrote the topline to “Tell My Heart” in my car on the way to Cornwall from London (it’s a 5 hour journey)! I was a bit hung-up on someone romantically at the time so that’s what inspired the story. I just kept singing and re-singing different words and melodies until I got something that I thought worked well. Then once I’d run it by Nora and her team to make sure they were happy with it I recorded it properly at my studio in London. They did such a great job promoting the record and I’m grateful for the opportunity to have worked with her.

Did you have plans/events planned and cancelled because of COVID? If so, have you done any online concerts or interaction with your fans?

Yes, like many others I had a lot of planned gigs as a DJ rescheduled. I took a bit of a break from socials and instead used the time during the several lockdowns we’ve had in the UK to focus on creating music. I’ve got a lot of singles lined up for future release and I’ve been working on finishing off an album project for another Electronic Dance act.

I’d love to do some more DJ collaborations, I have Peggy Gou, Armin Van Burren and MK currently on my hitlist! 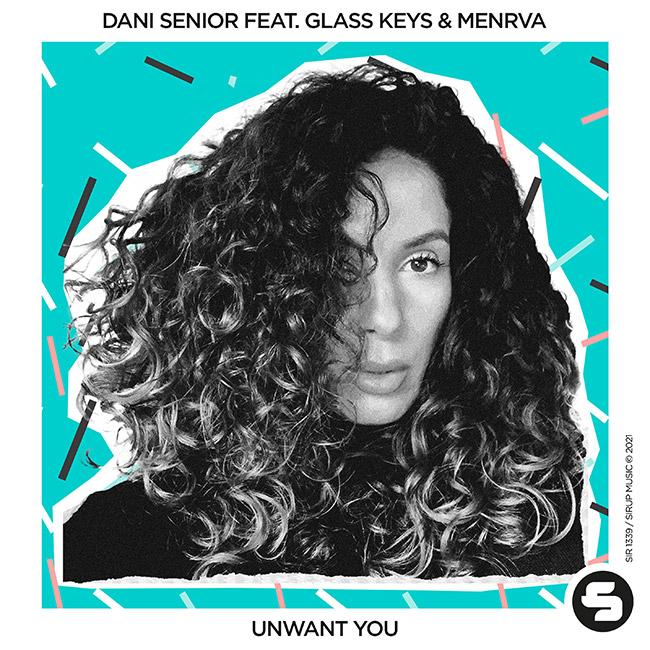 The making of the music is so much fun, and DJing of course! I’m not sure what the not so fun part is, I’m just grateful to be able to make music and have it out there in the world!

I have some more singles in the pipeline after “Unwant You” so I’m excited about those.

If I had to narrow it down to one then it would have to be Minnie Riperton’s “Lovin’ You”, as that’s what inspired me to make music.

I’ve always been really struck by Helen Keller’s incredible life-story. She was an American Author, Disability Rights, and Political and Civil Liberty Activist and Lecturer. She was born in 1880 and lost her sight and hearing at 19 months old after a bout of illness. She lived out the rest of her life blind and deaf yet achieved so many incredible things. She learnt how to speak and understand other people’s speech, as well as learnt how to sing. She wrote 14 books and hundreds of speeches and essays on topics ranging from animals to Mahatma Gandhi during her lifetime and is proof of the power of resilience.

Let them play catch up!

Well usually no day is the same and I’m used to travelling a lot for work but during lockdown I’ve had a solid routine. I wake up at 7am and immediately say the things I’m grateful for in my head. Then I start my morning off with Yoga and some meditation or chanting. I do most of my admin like answering emails in the morning and usually sit down to work on music or something creative from Midday onwards. I generally try to stop at around 6pm, make dinner, then I do a couple more hours of work in the evening.

Sleeping in, then a long walk either in the countryside or on the coast, followed by a traditionally British roast dinner, topped off with a movie (in my pjs on the couch) in the evening.

We’re a big fan of karaoke in my family and my Dad loves it when I sing “My Heart Will Go On” by Celine Dion, so I always try to slip that one in there.

I guess my definition of happiness would be frequently experiencing positive emotions like joy, contentment, and gratitude. On more of a personal level, I love spending time with my family who are hilarious, love a good party and are so much fun.

I support the Animal Welfare Party in the UK, as well as PETA. I Also support Shelter (a homeless charity in the UK) and Women’s Aid.

I love vegetables! I’ve been a vegetarian since childhood. I used to eat cucumbers as snacks!

I love chips. The traditional fat chips you get from Fish & Chip shops in the UK.

I find arrogance unattractive, so either that, or not letting me get a word in edgeways!

Probably living in a country house somewhere, still making music, but with some kids and small dogs in-tow.

I tend to mmix it up quite a bit depending on my mood. I’m really drawn to Urban trends and I like rocking a good tracksuit or a co-ord set. Equally I love to dress up and/or go for a more grown-up sophisticated one-tone look.

I think it has it has a good and a bad side. On the positive side it’s so useful for self-promotion and creating awareness for important causes. On the negative side, if left unfiltered, it can have a damaging effect on people’s mental health by putting unnecessary pressure on them to look a certain way and compete with one another. We must learn how to switch off sometimes and self-monitor what we consume and look at if we find it is becoming a problem for us.

Quote: “A woman must have money and a room of her own if she is to write fiction.”
– Virginia Woolf

Movie: Tempted to say something intellectual here but the one I go back to time and time again is Dodgeball with Ben Stiller. It’s an oldie but goodie, and hilarious.

Sports Team: I’m really into Formula 1 and it would have to be Mercedes and Sir Lewis Hamilton of course. I’m also into Athletics, team GB!