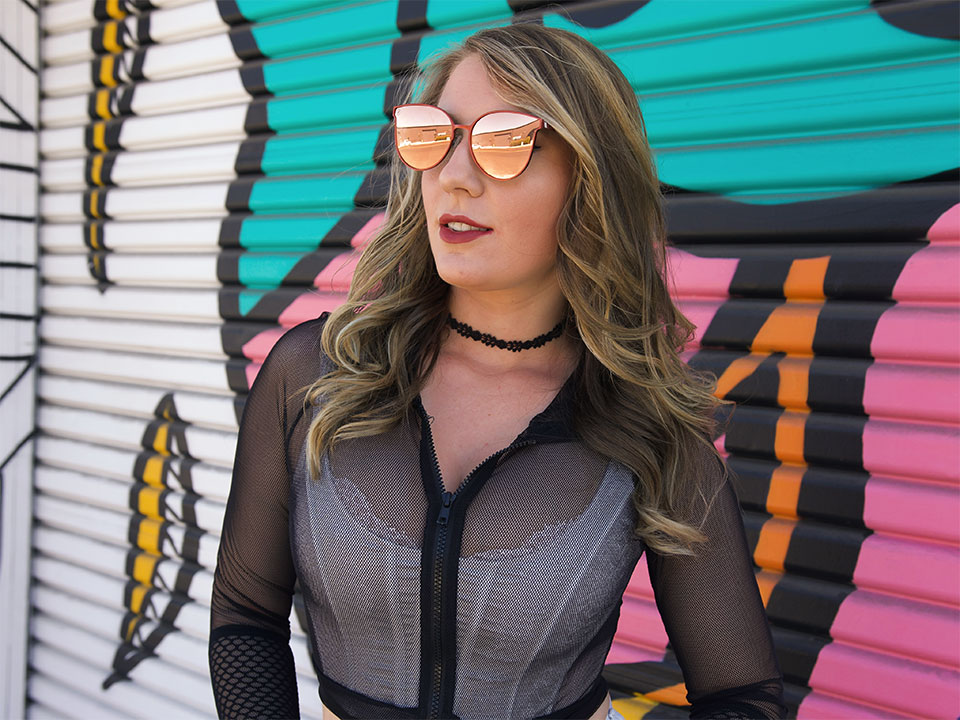 Casmalia is a producer and live vocalist residing in San Diego, CA, who has taken the West Coast music scene by storm. A classically trained musician with a degree in audio engineering, Casmalia has been consistently churning out four-on-the-floor weapons since her freshman EP in 2017 with Hood Politics Records, and has since earned affiliations with Insomniac Records, mau5trap, Night Bass, Box of Cats, IN/ROTATION, My Techno Weighs A Ton, Space Yacht, House of Hustle and more. She was named one of “2022’s Artists to Watch” by both Nightenjin and EDM Identity. Her releases have seen support from David Guetta, Claude VonStroke, AC Slater, Green Velvet, Steve Darko, Kyle Watson, and many more across both the EDM and tech house worlds.

Equally at home in an underground warehouse as she is on the main stage at a festival, Casmalia has performed at world class venues all over the country. She has graced the stages of major festivals such as Coachella, EDC Las Vegas, Firefly, Groove Cruise, Beyond Wonderland, Northern Nights, Dancefestopia and more as well as legendary venues such as Academy LA, The Midway San Francisco, Bang Bang San Diego, Q Nightclub Seattle, HB Social Club Honolulu, and many more. Casmalia has provided direct support for major international artists including Diplo, Walker & Royce, Volac, Noizu, Curbi, SG Lewis, Sacha Robotti, and more. Her sound can be described as bass-heavy with detailed percussion and can range in style from minimal to melodic. Heavily influenced by disco, Detroit-style techno and 90’s hip hop, Casmalia is known for playing mostly original songs in her sets, as well as singing her original vocals live.

Hi Casmalia, please tell us a little about you?

Thanks for having me! My name is Casmalia and I am a producer, DJ, singer and songwriter based out of San Diego. I’ve been producing for around 10 years, and I sing my original tunes live in my sets. I started my first tour this year and have been loving life so far!

I wanted to be a producer pretty much as soon as I started listening to electronic music. The idea of creating all of these little sounds and combining them into a song that is completely unique was always a huge appeal to me. I pretty much figured out how to produce on my own for the first couple of years just by trial and error. I didn’t start improving hugely until I started working with other producers.

Well, it certainly set me down a different path from the one I had been set up for since childhood. It was pretty shocking for my family to hear that I was leaving Georgia to become a music producer in California, but they’ve been incredibly supportive. I’ve met so many incredible people in this industry that I wouldn’t have crossed paths with if I never started this journey.

Music has always been a huge passion in my life, and some of my fondest memories growing up are from being in choir, taking piano lessons, or singing in plays. Everything I’ve learned over the years, from classic music to electronic, I’ve used in the creation of my sound today. I also wouldn’t be where I am without all of the amazing mentors I’ve worked with along the way! 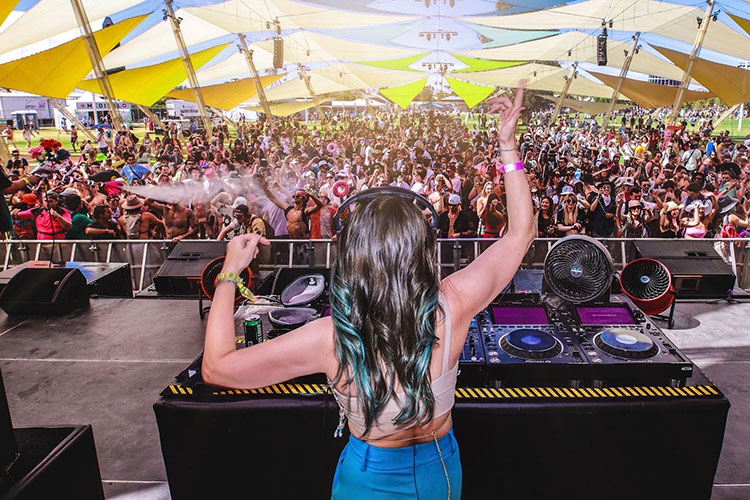 I play the piano, as well as sing.

Not as much now as I used to, but sometimes I still get nervous especially if I am playing with another artist I look up to.

Tell us about your new single “Is It A Dream?” What’s the story behind the song?

The song was originally supposed to be much harder and bass heavy. As it progressed, I felt it sounded better as a more minimal and deep sounding track, with just a few heavy bass elements. I was so excited when Gene Farris told me how much he loved Is It A Dream, I’ve been wanting to release on his label Farris Wheel for years now.

Listening to a song I made and being blown away by how good it is, and the shock that comes along with knowing I made it.

My greatest lesson has been to surround myself with likeminded people who can push and uplift me to my fullest potential. The people in our lives we spend the most time with are more important than we realize. 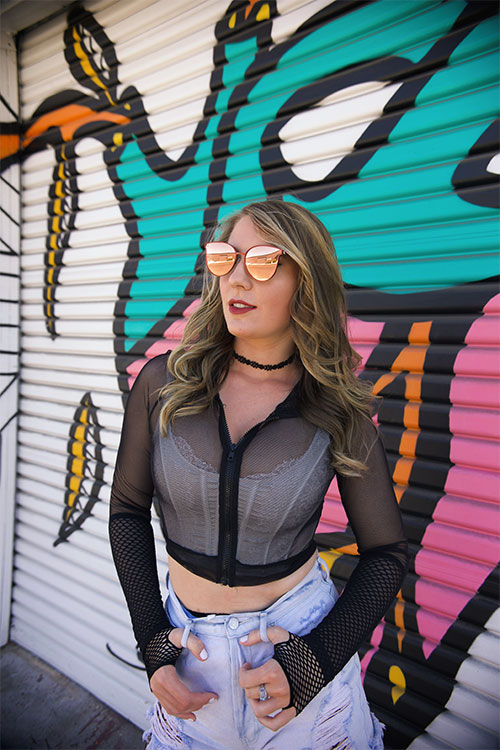 I would tell her to be careful of the friends she allows in her life and to not let anyone get her off track. I would also remind her that it’s a marathon, not a race.

You’d have to ask her! I’d guess she would say I have a big heart, am extremely social, and a bit on the wild side.

My title would be “How to Absolutely Never Give Up.” I believe the key to success is to learn from your mistakes and to never stop trying.

This month is about grinding in the studio and preparing tracks to be released in the next year. I’m also preparing to launch my Patreon in January, which I’m hoping will be a great way to keep in touch with my fans.

Blackened mahi mahi with mango salsa and grilled veggies. Super easy to make and filling too.

Mac and cheese with bacon and jalapeños. It’s also my boyfriend’s favorite!

I love bold styles, weird textures and fabrics, anything eye popping really. My favorite pieces are really colorful and stand out in a crowd.

Happiness is a state of constant gratitude, being thankful for everything you have in life, and never taking anything for granted.

I met Skrillex outside one of his shows in 2011 in Atlanta, and he had such a kind and infectious energy. I asked him what he used to produce music, he said Ableton Live. I downloaded it the very next day. I would love to meet him again and show him everything I have accomplished since that day.

My dream holiday would be a trip to Bora Bora with my boyfriend. I’ve always wanted to stay in one of those over-water bungalows.

Make whatever you want, and never force yourself into a box. When you make music you truly enjoy, you add your unique sound into a world that is oversaturated with tired sounds trying to fit in. It’s much better to stand out!

I hugely support the Ocean Cleanup Project. There are currently 5 trillion pieces of plastic garbage floating in our oceans, which finds it way into the bodies of ocean organisms at every trophic level. Ocean pollution is one of the gravest issues we face in our lifetimes, and doesn’t get nearly the attention it deserves.

In five years I hope to be touring internationally, and have at least one full length album under my belt. I also hope to be thinking about starting a little family at that point as well.

Pretty Lights – Shining Bright Despite The Plight. I listen to it on rainy afternoons, or any time I’m feeling down.

Humans crave connection, and always have. Social media is the inevitable result of what happens when we mix technology with our desire to connect. I view it as sort of a “necessary evil” that I am forced to navigate as a musician who wants to make a living making art.

The best place to find me is on Instagram and Twitter at @casmaliamusic. I also upload production tips, festival recaps, and more on my TikTok, follow me there at @casmalia.

Book: The Meaning of Mary Magdalene by Cynthia Bourgeault

Quote: “Only do what your heart tells you.” – Princess Diana